I didn’t sleep well last night because of my corn thing so I didn’t get up until around noon.

When I went outside it was rather cool so I didn’t stay out there but came back in the house for a nap.

As long as I was in the house where it was warm I thought I might attempt a bit of house work so I got the vacuum out and ran it around a bit.

My kitchen table has been a rather clutter mess for a few years  now, so I cleaned it up throwing most of the stuff in the  garbage.

I was on a  roll. I scrubbed a section of my kitchen floor. Still have more to go, but I got a good start.

That’s what I did during the day light hours.

Got the woodstove going

Just before dark I split up a few pieces of firewood and got the wood stove going, so now the house is nice and toasty.

At 8PM I drove down to town, Guerneville. I was meeting a friend at the Bullpen bar. He was bringing me down some fresh frozen salmon just caught up in Oregon.

I stopped the car here and got out to see if he was at the Bullpen yet, off to the left. 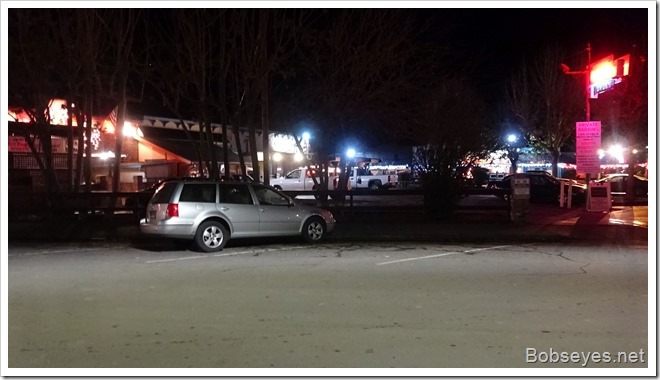 I went into the Bullpen bar to see and he wasn’t around yet.

So I went back outside to have a look up and down main street Guerneville as it’s something I rarely do. 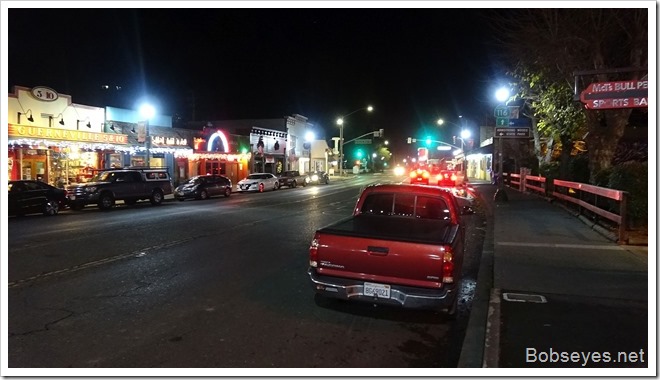 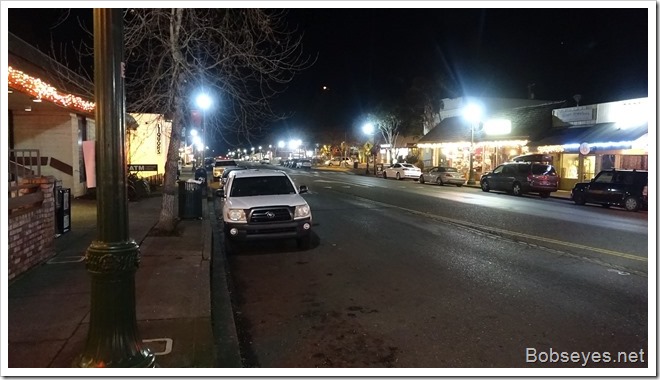 I walked up the street a bit heading east and looked around some more. 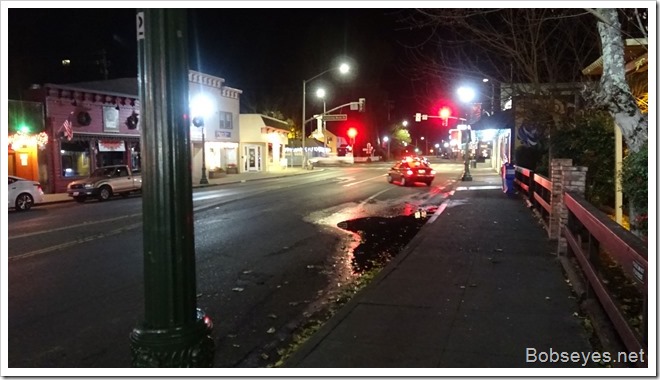 The bar was behind the Rexall place so I headed back to see if my friend was in the bar yet. 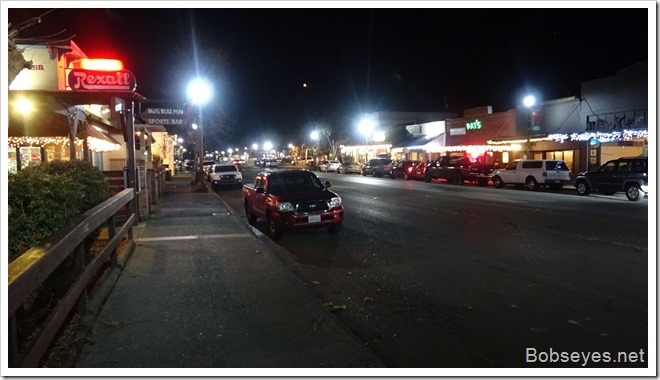 He was there. He likes to play pool there. He jus drove down from Port Orford Oregon and had some salmon for me.

He gave me the salmon and we shot the bull for a bit, then I left so he could play pool and I headed for home.