Day 4 on the Continental Divide Trail

Dennis and Cheryl met us at our camp around 9 this morning arriving from their nice cozy motel room.

They led off and we were on the way again traveling south.

We took this road out from our camp spot. 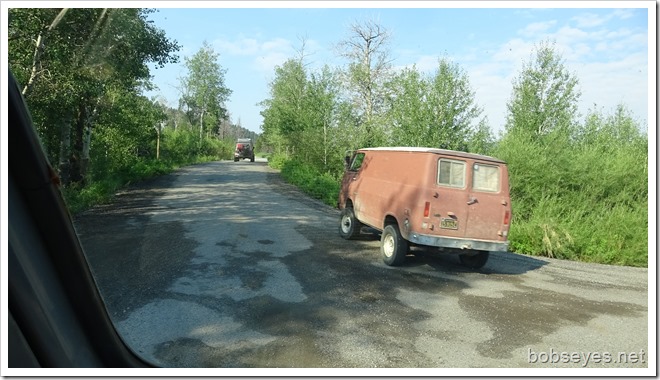 I’m still last in line so I ate a bunch of dust again, but that’s just life. 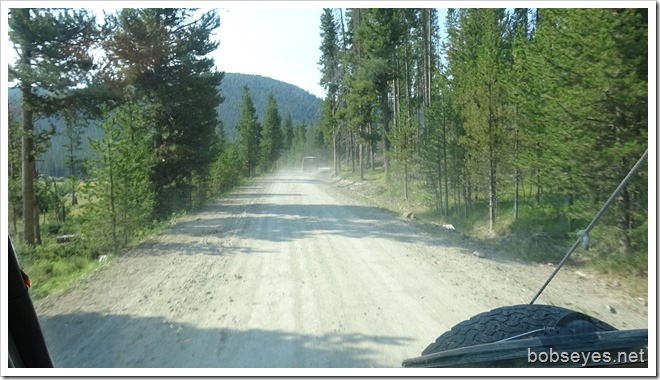 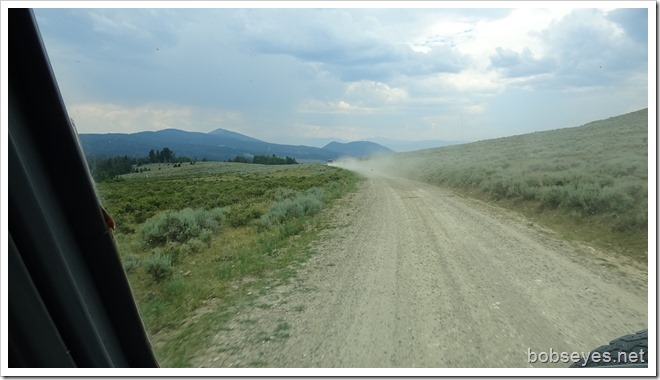 We were headed down into the valley to a place called Butte. 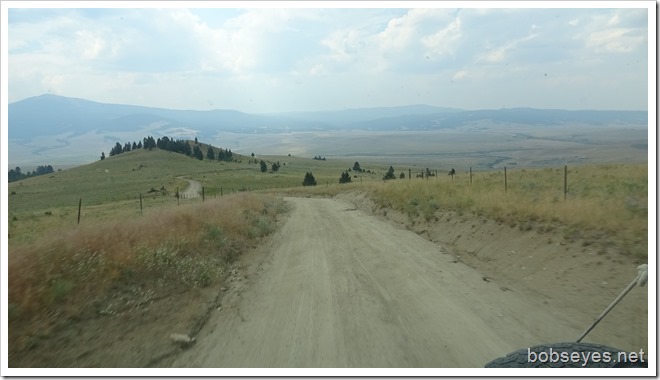 Coming down to the town of Butte. 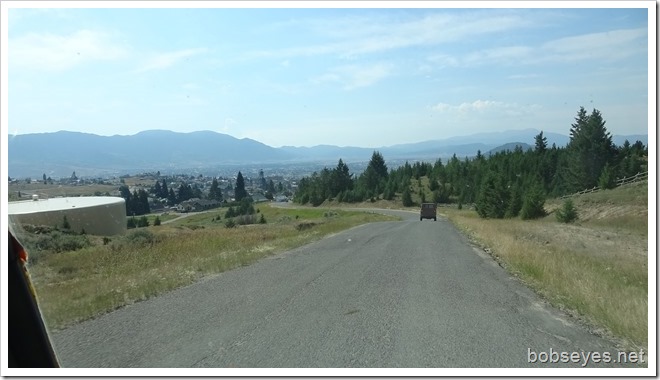 We had some shopping to do in Butte. We needed supplies and Marty needed a new computer to replace his old one as it broke. We found one at Wal-Mart and then went to a fast foods to post blogs and get his new computer set up.

Back to the Divide

Once that was done we headed back out to the Divide Trail which crosses here. 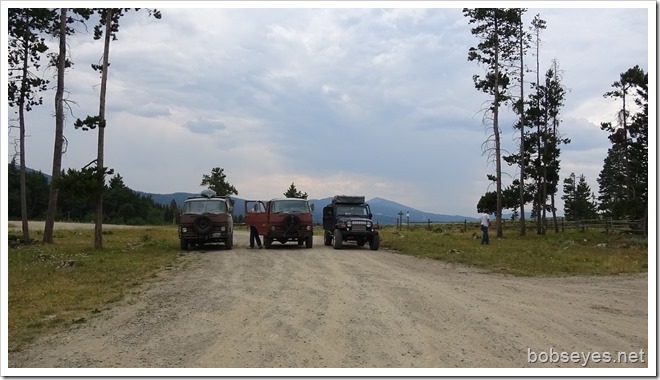 We continued on going by these cows which were standing in the road and didn’t ant to move. 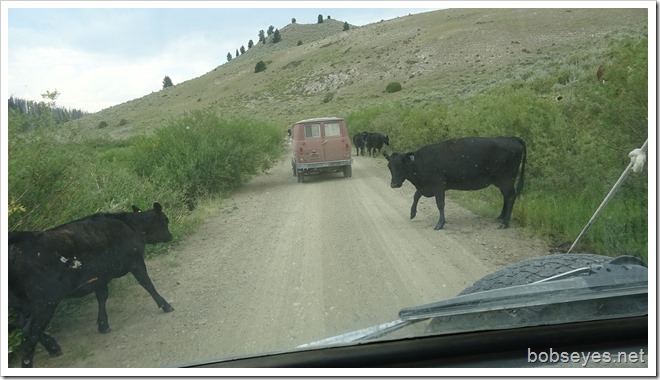 Reminds me of the Auto parts gang

Some guy had some well made sculptures in front of his house. 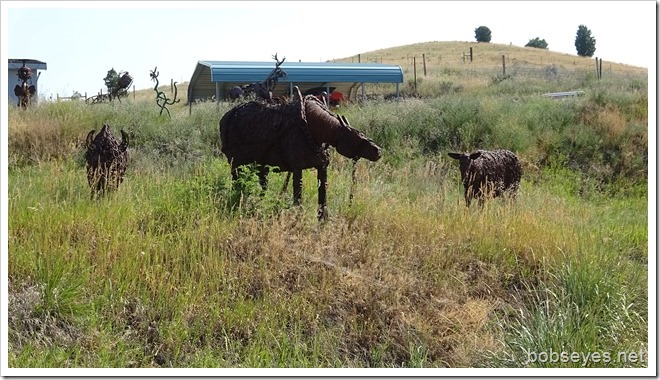 We sometimes had to come out on a highway to get to the four wheeling roads. 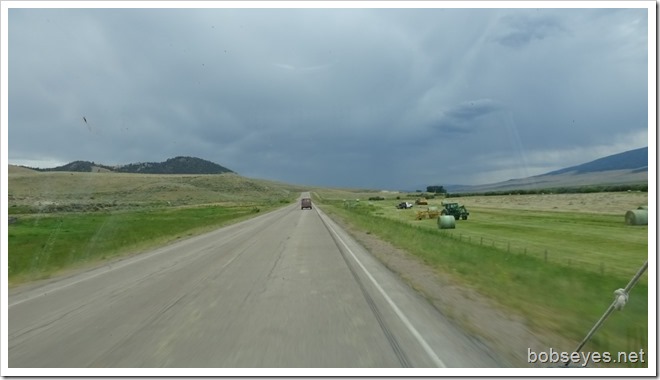 We went down this road looking for the next leg of the Divide road. 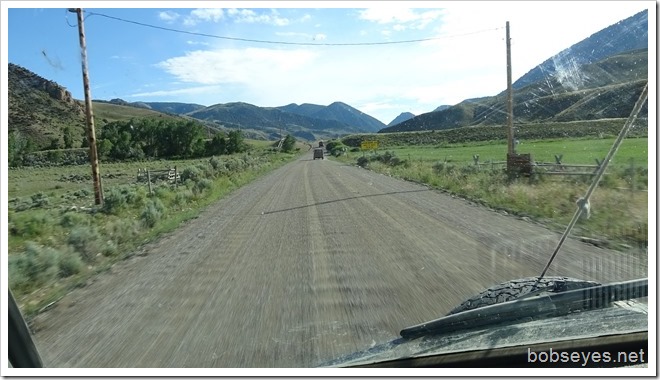 When we found the road we found it had a bit of a problem so had to make some new plans to find a camp for the night. 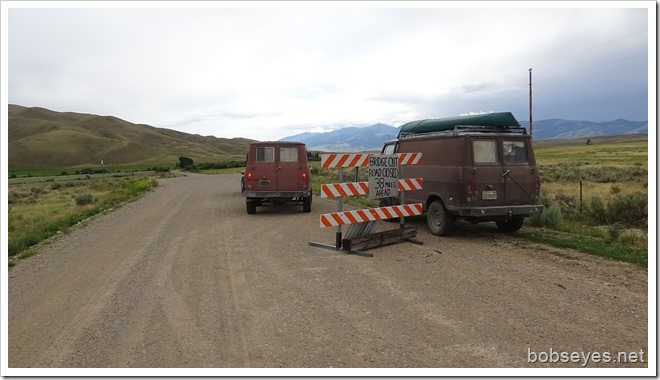 Dennis devised a plan to get around the bridge out road so we detoured around it to it’s other end. 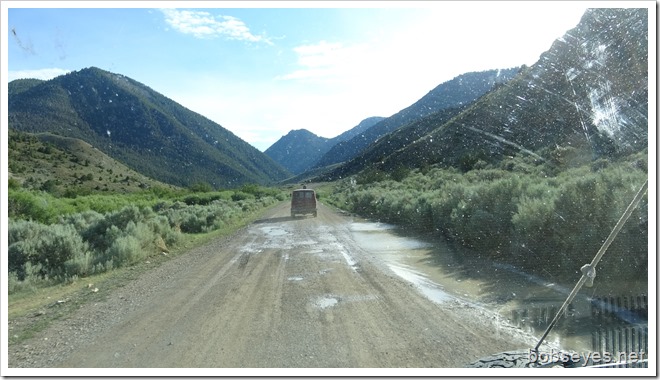 And we finally found this camp spot for the night. 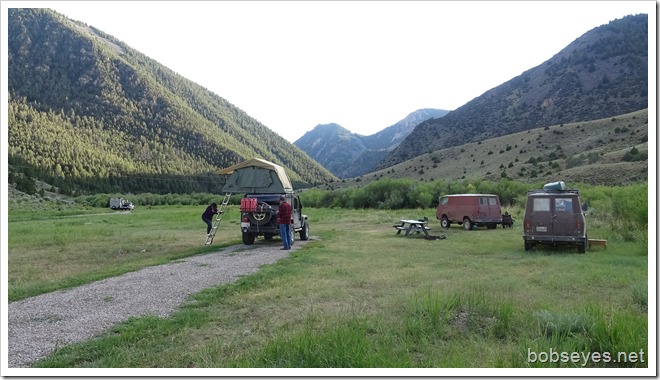 So here we are at the end of day 4. We’ll rest up and be off again in the morning.