This morning when I went out to take care of the chickens I was surprised to see four new chicks that had just hatched out. I’m hoping the hen will hatch out some of the eggs that are still left in the nest in the next couple of days as these four were a bit early. They usually take about 21 days to hatch out  the eggs once they start sitting on the eggs. 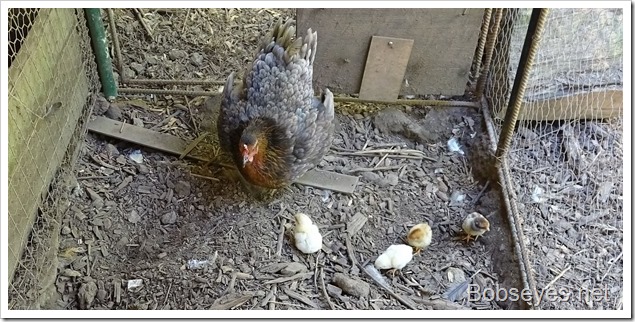 These three little guys were figuring out how to get over that board. 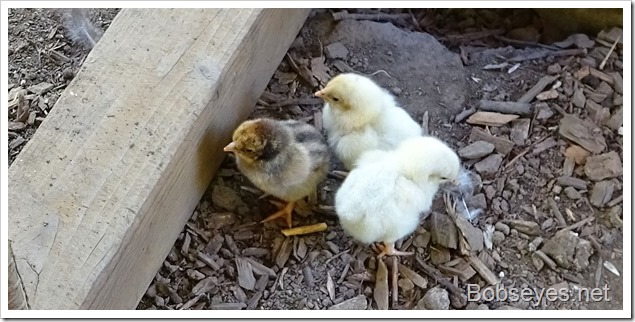 I decided to move my cam into their pen to see what kind of pictures I might get of them playing around in the pen. I got it all set up and plugged into power and my computer. 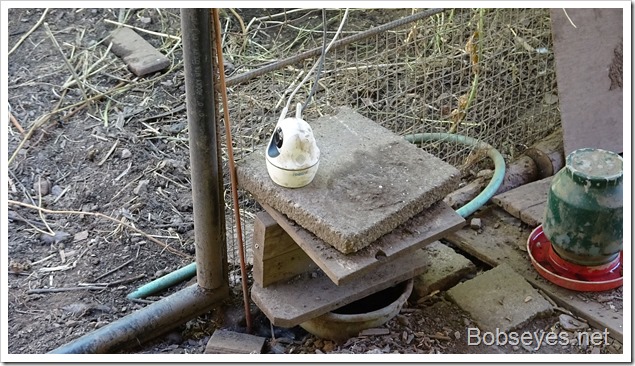 Headed up into the forest

A bit later in the day I rode the dirt bike up into the forest to do some trail work. I wanted to explore the possibility of putting the trail on the other side of the ridge as it might be a better way then the way I already had planned on the old game trail. If I don’t have a look before I start, I wouldn’t be sure I put the trail in the right spot, so I had to have a look see.

I parked the dirt bike near here and started my journey into the forest looking for old animal trails around this side. 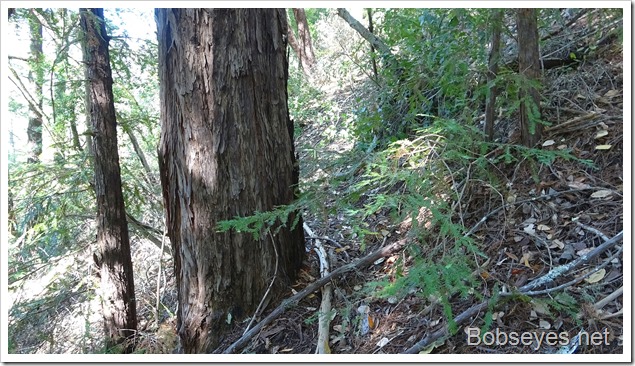 I had to hunt around for any sign of old animal trails. There were some but they weren’t as good as the one I was planning to use on the other side of the ridge.

Not much of a trail

This is a spot where the trail I was following petered out. I picked it up again on the other side of this brush but it wasn’t much of a trail. 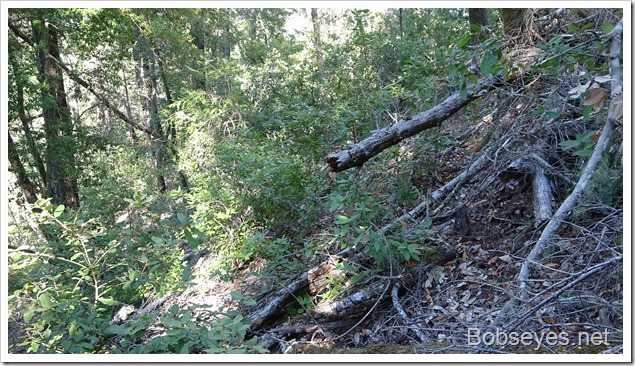 Once I got around the ridge top I ran into the old trail on the other side that I think I’ll stick with. I walked on back on this trail. 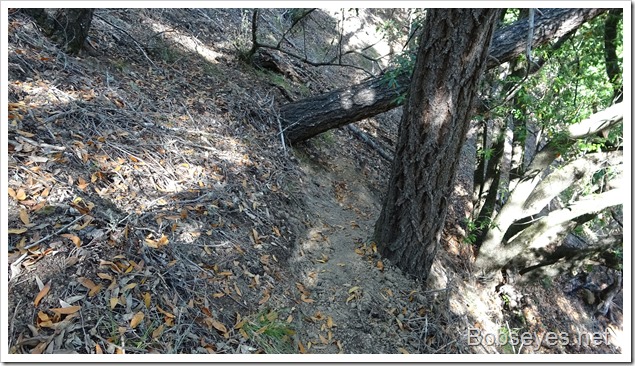 Nice to have a chair here

I had a chair waiting at the end of the trail where I sat for a good rest and to enjoy the day. 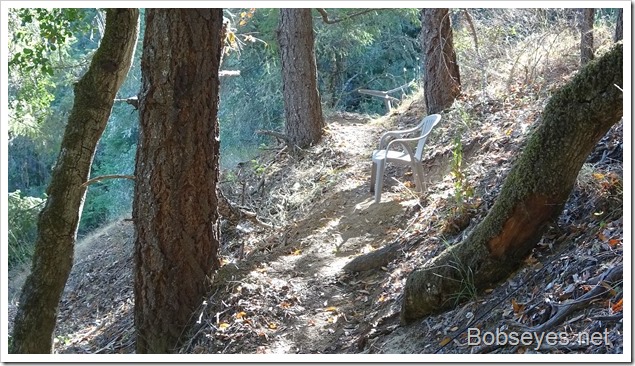 After a good rest I hopped on the dirt bike and took the long way home, just because I could.

When I got home I checked on the new peeps that seemed to be doing well. Since I drove that rat out and dug up it’s tunnels it hasn’t been back and I haven’t lost any more chicks. I have a total of six chicks now with more to come, I hope.