Forest Work and the Rains Pick Up and Get Me Wet

It rained some early this morning but it had stopped by noon.

Not wanting to hang around the house, I put the chain on the saw and gassed and oiled it up and headed up to the forest to work on more downed trees. 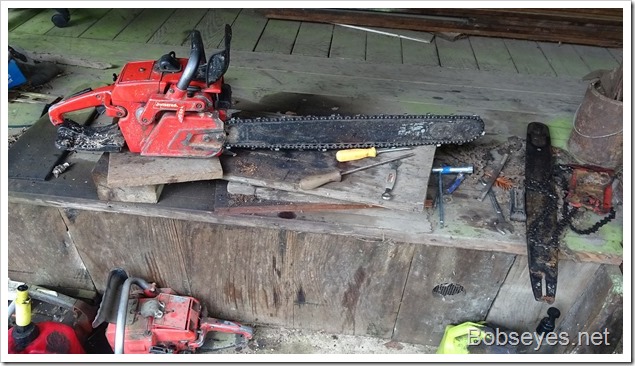 We usually don’t have this  many trees down, but some of the rain storms were fairly windy this winter.

Since the weather guys said there might be real light rain showers later today, I only put on a light rain jacket and took off, taking my chances, which turned out not to be too good.

I rode up through here, but didn’t go over this water and went up the road behind  me instead. I was going to go over to my Cousin’s place, but instead I thought I should work on our place first and if I had enough gas I’d finish at my Cousin’s which wasn’t the case. 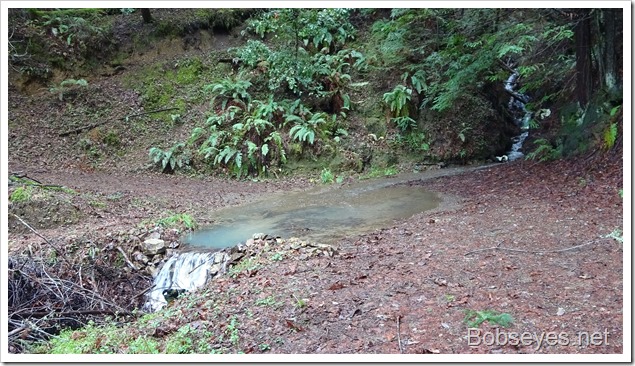 Going up that road, I ran into this rather large mess of downed trees and there was another bunch about a 100 feet up the road from that. 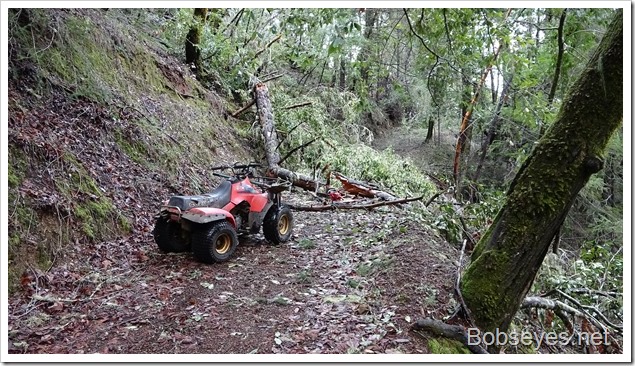 I started by throwing all the loose stuff off the road and then started cutting. 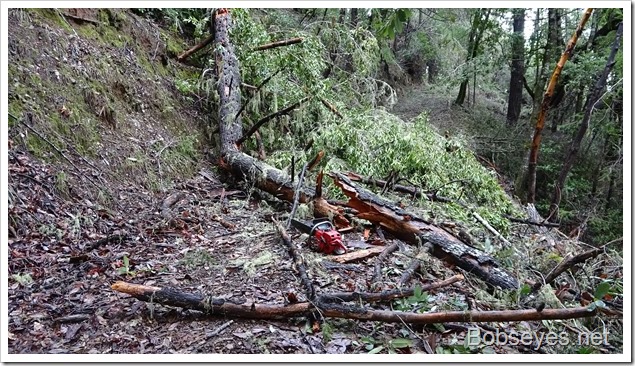 I was doing good and had all but one  little inch limb to cut and that took the chain off the bar. 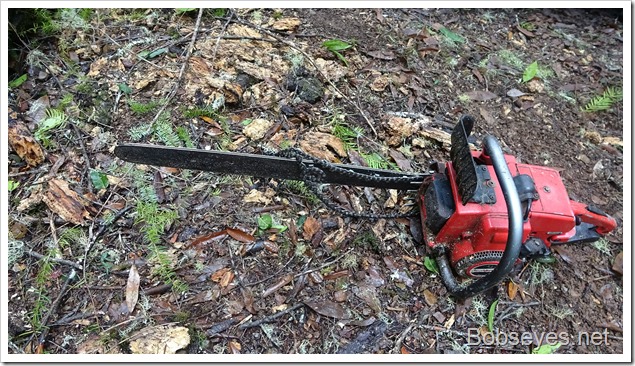 At least I got it all cut before the chain fell off and about the time I got the road cleared, it started to rain real light which the weather guys said it would about this time.,,,,,,,,,,, But. 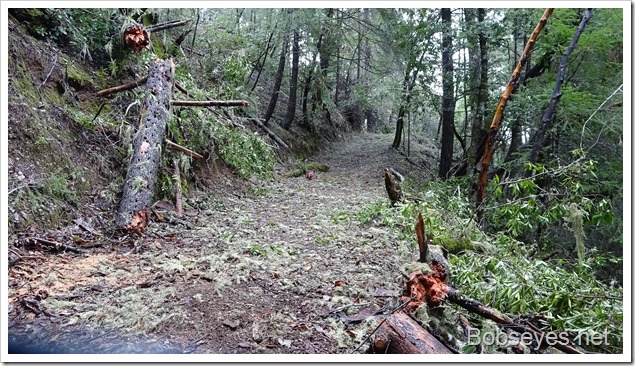 I left that big log for now as it was unstable and might fall on me if I messed with it. 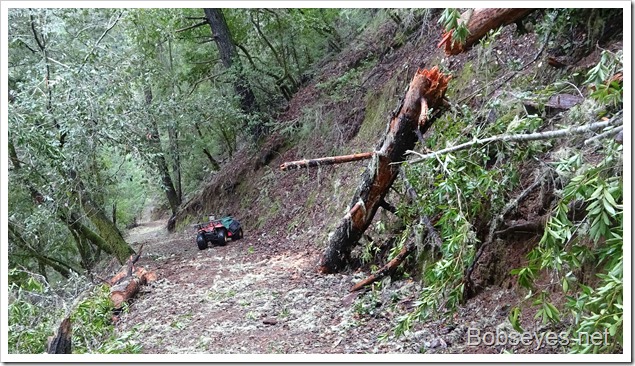 The light ran was picking up as I headed out, going under this stuff I didn’t get to, just up the road. 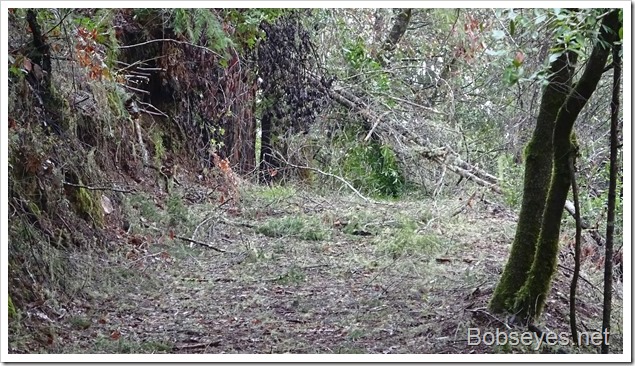 I had to stop here to move these tree limbs off the road and by now, it was raining fairly good. 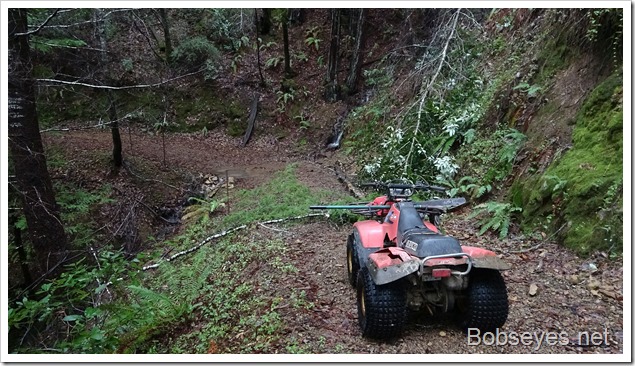 I continued on down the road and stopped under a big tree, thinking I might wait there until the shower passed, but after waiting a few minutes with the rain increasing, I decided to make the dash for home which was only about a half mile away.

I did get a bit wet on the way but good thing I headed for home because just after I got to the house the sky let loose for about a half hour and then turned to showers.

I went in the house and changed out of my wet pants and stayed in for the rest of the day.