Barry showed up this morning with his dirt bike so it meant a dirt bike ride day.

But first he wanted to change his bike’s oil so he rummaged through my tools until he found what he needed to do the job and changed the oil while I sat and shot the bull with him. 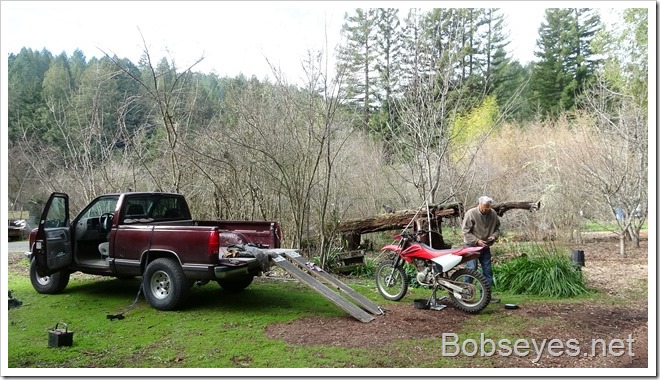 Riding in the hills

We took off for the hills and rode around a bit and stopped here at a neighbors gate for a bit. 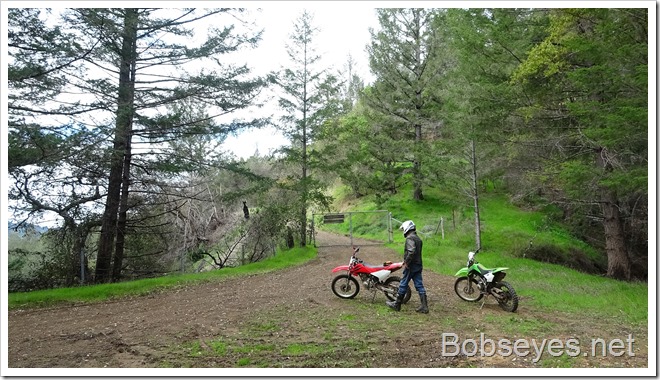 Barry does most of the work

And then we took off again and rode around some roads until we got to this small tree that fell across the road. Since Barry rides first and I’m busy taking pictures, he usually removes most of the stuff. Usually the only time I can take pictures while riding is when we stop for something. In truth, it’s good exercise for him. :O) 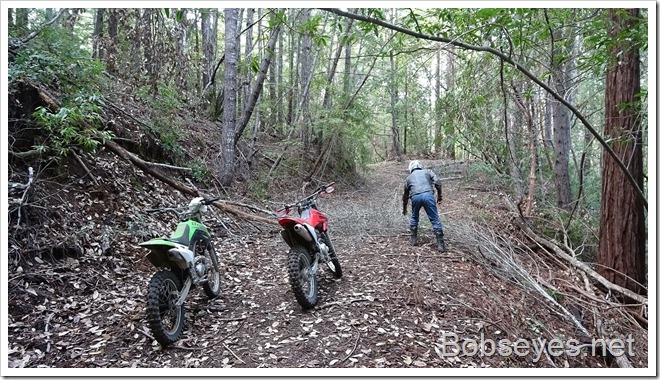 We took off again and rode over to  my c0usin’s place where we were able to get around or under a few more downed trees.

We made it up to the Top of the World where we usually take a good break and enjoy the place for a bit and of course shoot some more bull. 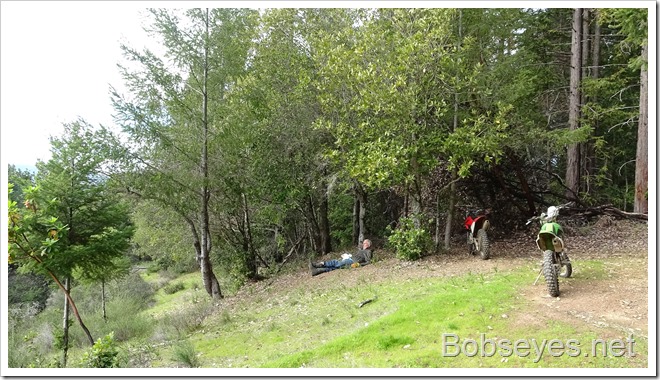 This was today’s view from there looking East. 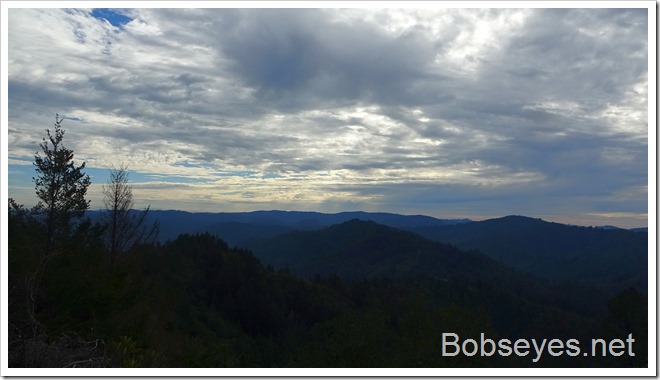 We took off again and rode over to another neighbor’s place. 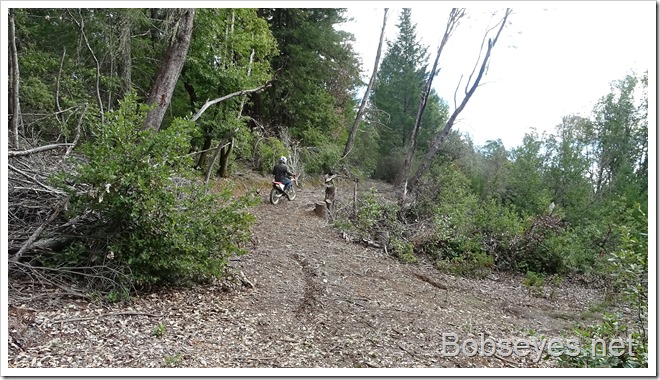 And then came back on our place where we ran into some more downed trees blocking the road which Barry took care of. 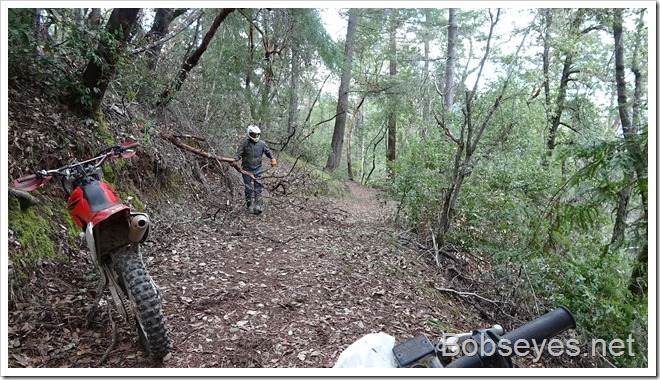 This log was a bit heavy so I helped him roll it off the road. 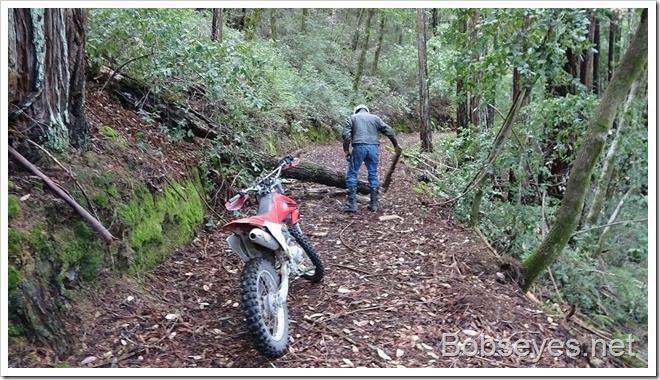 He was going to get this one but found it too big so we were able to just barely get around it. 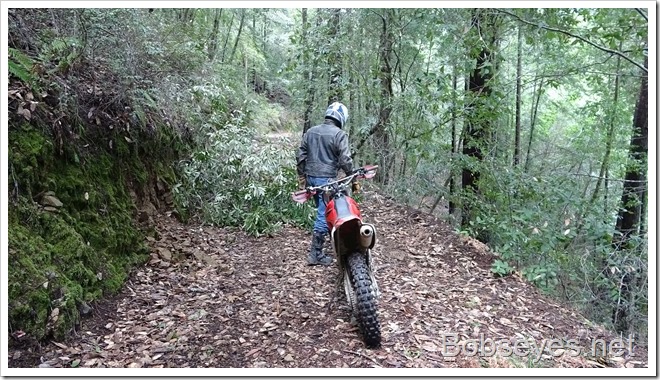 We rode all over for a couple of  hours or so and then headed home where Barry loaded up his bike and left for home.

I had a good break and then went out in the yard to see what I could accomplish today.

The part came in for the dump trailer so I worked on getting that back together. 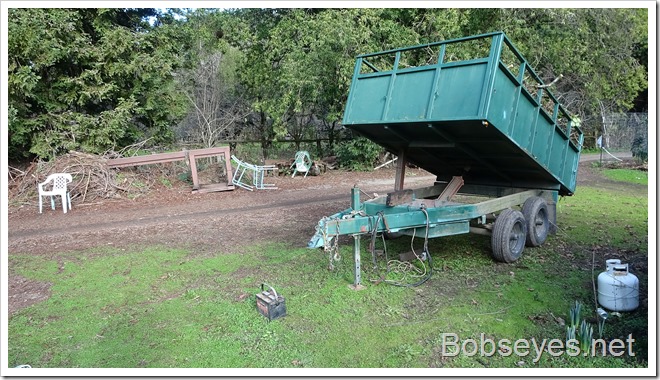 I had to install that silver thing, a solenoid and hook up all the wires to it correctly, of course, which I did. 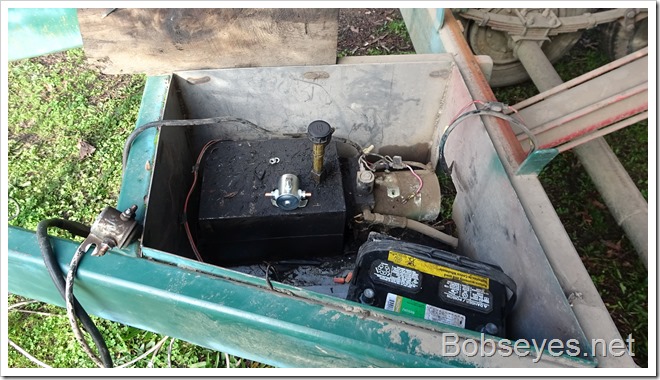 Gave it a test

All hooked up and ready to give it a test. It worked as it should so I shut it up and put my tools away. 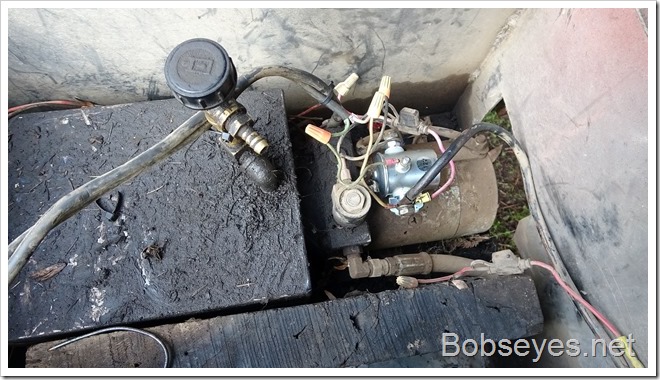 I sat around with the chickens for a bit. 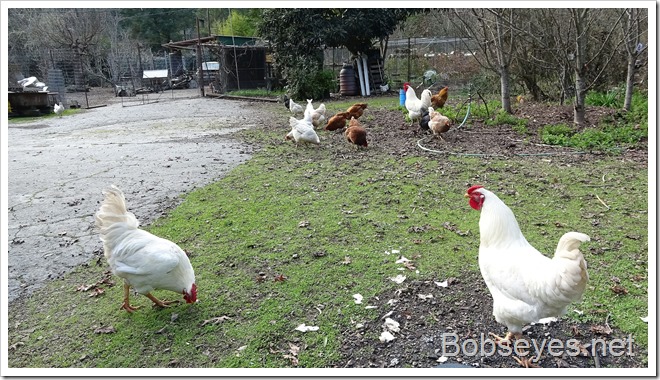 As the sun went over the hills to our west. 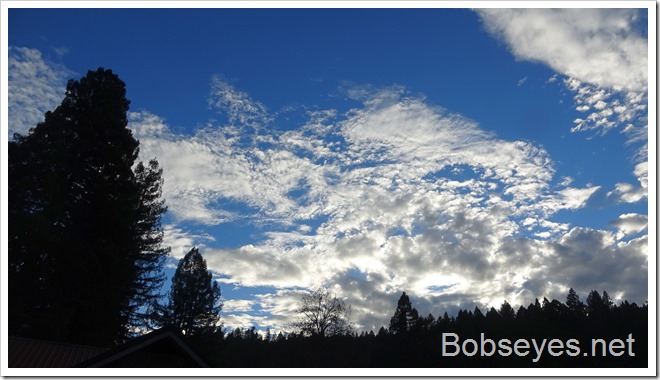 I remembered I had a bit of a water leak on my porch during the last rains so I got the ladder out and some tools and found a  loose screw, so replaced it with a larger one which should do the job.
We’ll see during the next rain. 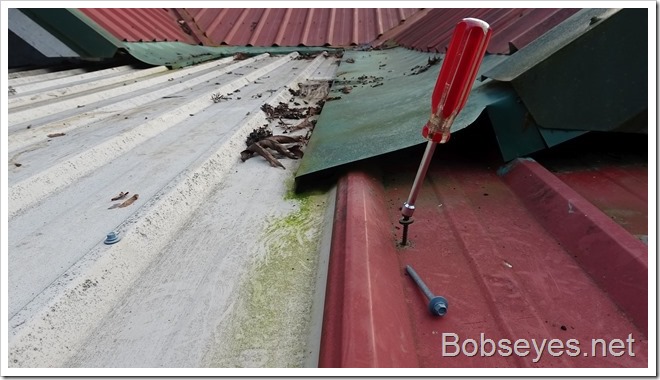 I did a little more sitting around until the night chill started to tell me to go in for the day as the chickens already did. So, I shut them up for the night and went in the house.