Foggy, Wild Turkeys and Vultures, Seal Pups and a Ball While Paddling Jenner

There was some high fog as I put my boat in the water today at Jenner but at least the wind was down. I paddled across the river to Penny Island and sat here for a bit to determine which way to go today, up or down river. 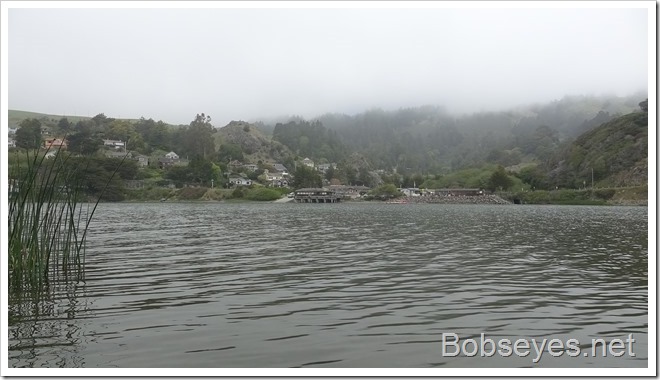 Up river it was. I was paddling along here intending to go for a hike up to Buzzard rock just out of sight above those trees on the right when I heard some wild turkeys but couldn’t see them. 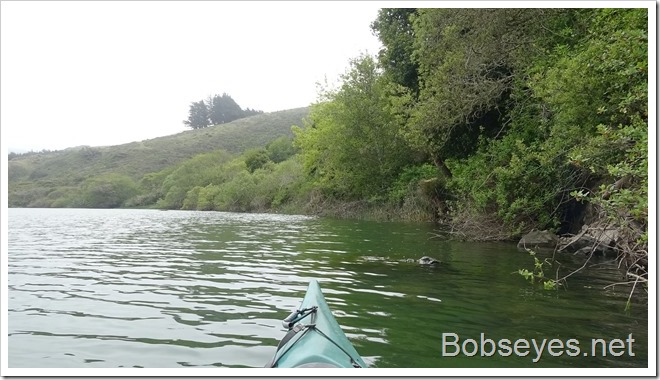 To my surprise the wild turkeys where sitting on the top of Buzzard rock. 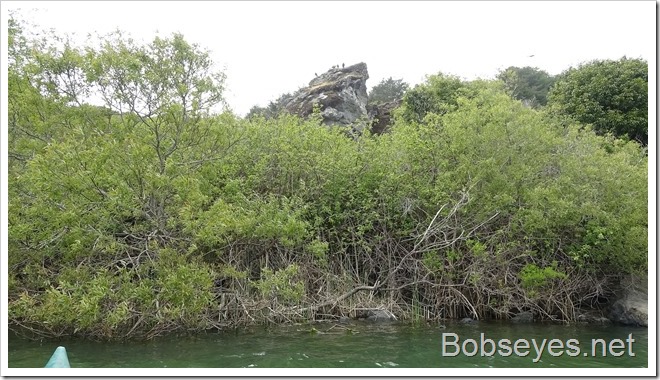 I could see and hear these hens on the rock and was wondering what they were doing there. I could also hear another bunch of them way off to the left. 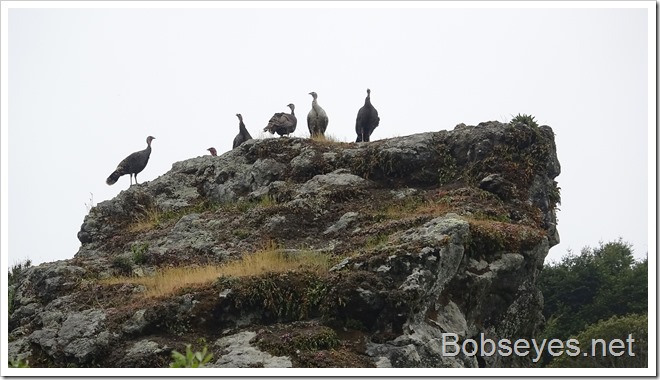 There’s an old turkey vulture nest at the bottom of that big rock that I was going to hike up to, to see if there were any new baby turkey vultures there.

I did see some turkey vultures hanging around near the nest so I think there were some baby vultures there. The vultures were concerned about the wild turkeys being so close. This one in the trees was very close to where the nest was. 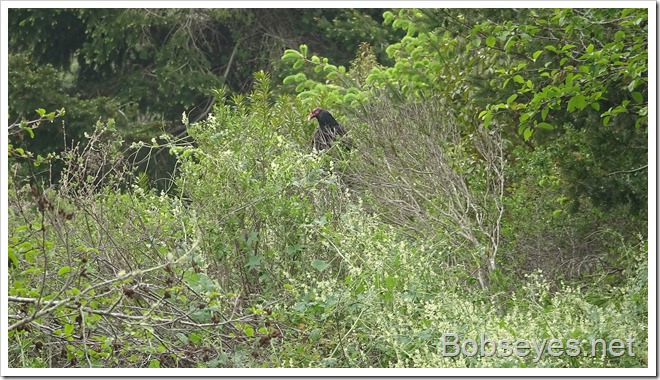 As I was watching the hens when suddenly I spotted the tom just to the right on the rocks. 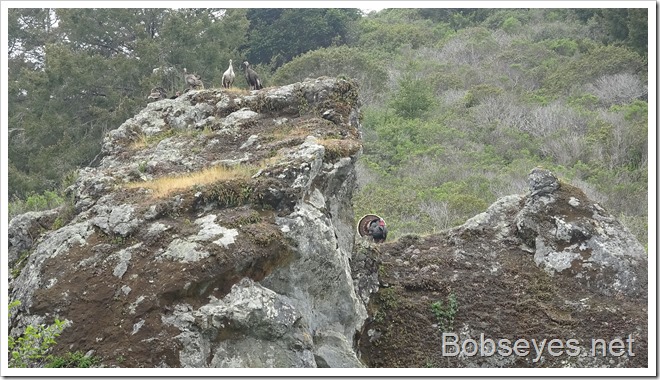 A little better shot of the hens. 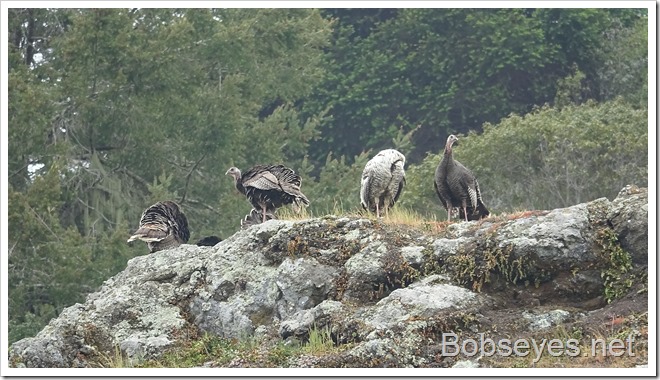 And the rooster showing his stuff. 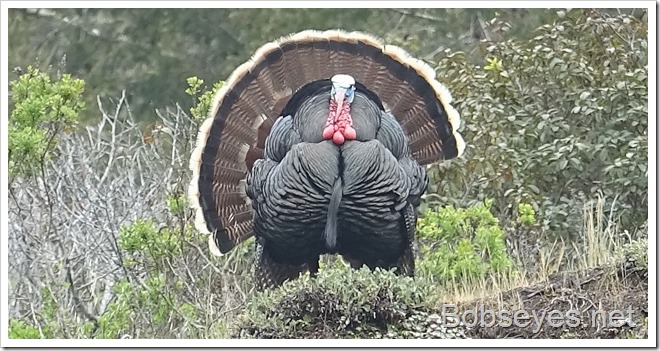 He was putting on quite the show. 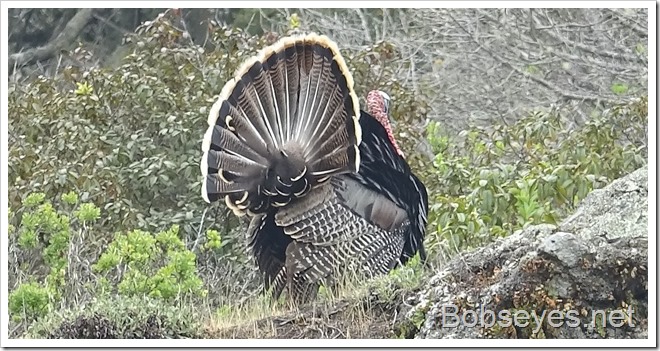 I watched them to see what they might do for almost an hour when some mallard ducks came in and tried to land on the rocks and they did. Here’s one of the mallard ducks. The hens took off when they landed. 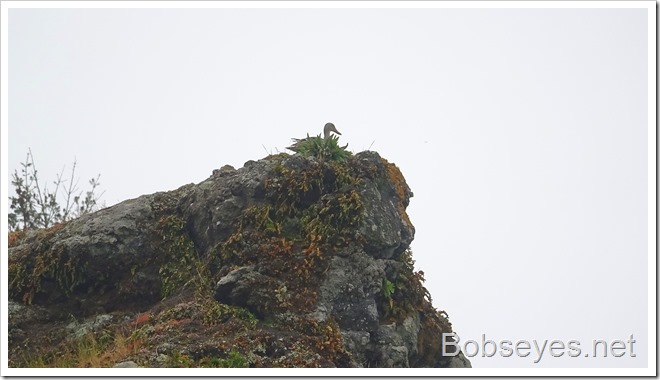 I never did figure out what the turkeys were doing but I suspect some kind of mating going on.

Headed down river to the mouth

I left and headed down river taking my time to get down to the river’s mouth at the ocean. Some of the fog had moved out and there was some sun shining as I approached the mouth area. 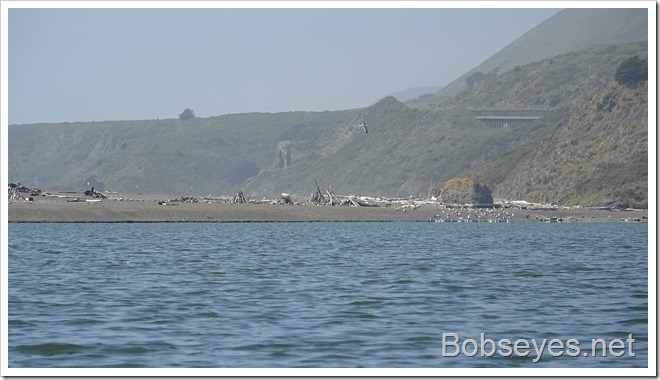 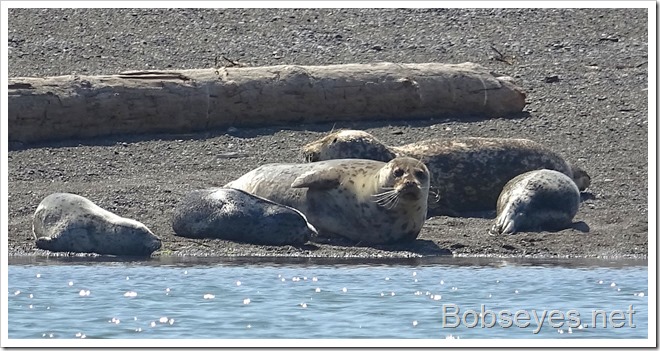 The ocean was rough and pounding the rocks on the old jetty. The rough ocean piles sand up on the beach and closes the mouth into the ocean making a dam which slowly backs the river up raising it’s water level. 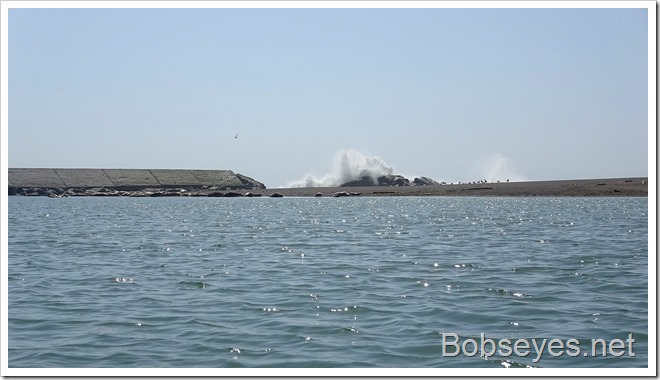 I hung around the mouth area for awhile then headed on back to the boat ramp. On the way I spotted this ball of some kind. 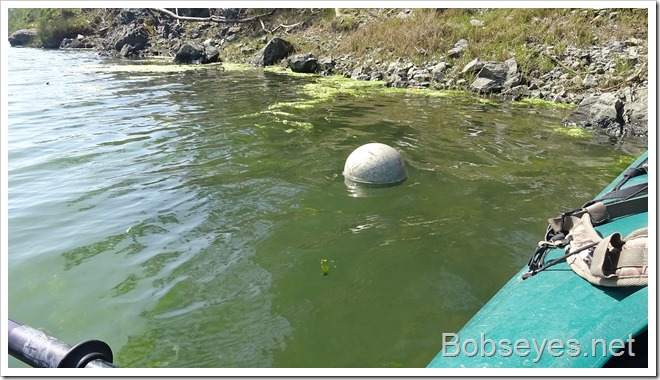 It was heavy and made out of aluminum and had 1000M stamped on it. I think it was some kind of deep water flout for a deep fishing net that came into the river from the ocean.

I couldn’t think of what I could use it for but I took it home just the same. 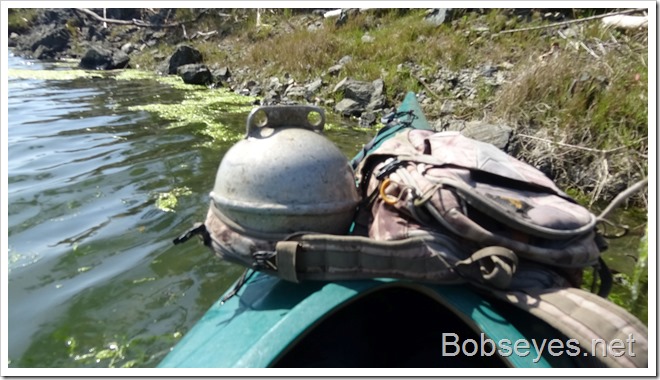 It wasn’t far to the boat ramp from there where I took my boat out and loaded up the car and went on home for the day.

2 Responses to Foggy, Wild Turkeys and Vultures, Seal Pups and a Ball While Paddling Jenner