I looked for my rain pants before I left this morning but I couldn’t find them. No matter the weather guys said the showers would stop around noon about the time I got it going.

Some showers and some fog

As I approached Jenner I could see it was real foggy but there didn’t appear to be any rain showers. Good.

The water was fairly high as I put my boat in the water and paddled across the river to the Island’s edge to decide which way to go today.

Down to the mouth area

I was thinking of going up the river but it looked interesting down towards the river’s mouth area so I started down along the islands edge headed down in the fog. 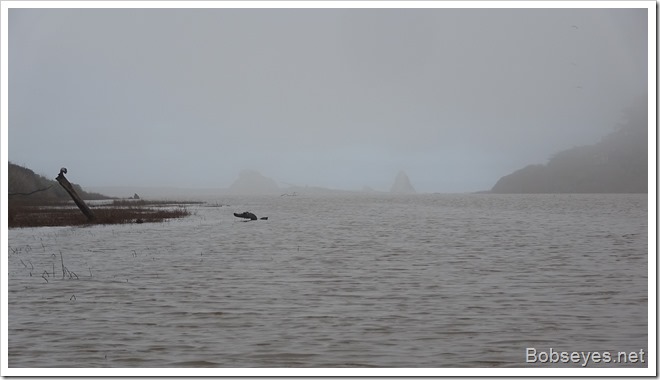 I passed by this great blue heron preening on this old tree branch. 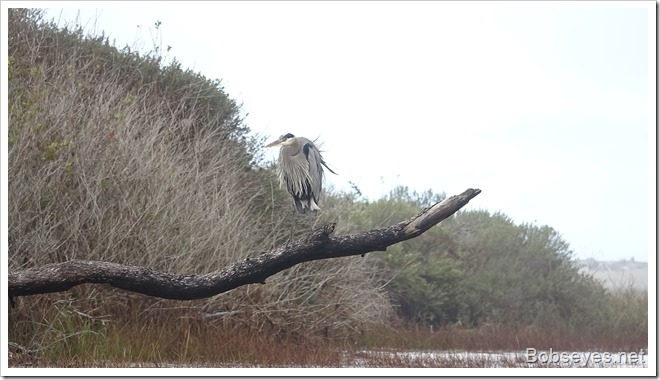 I took my time moving down along the island’s edge and was rewarded by the fog clearing out, looking towards the open river’s mouth area where I could see the ocean was a little rough. The ocean was also making a lot of noise beating against the shoreline crushing away. 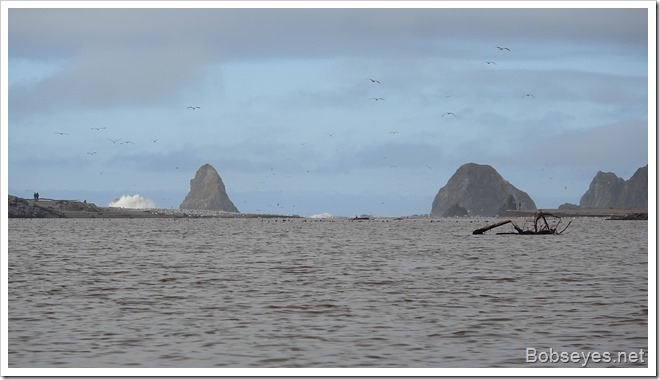 There were a lot of birds in the air and on the water as I approached the open mouth area. 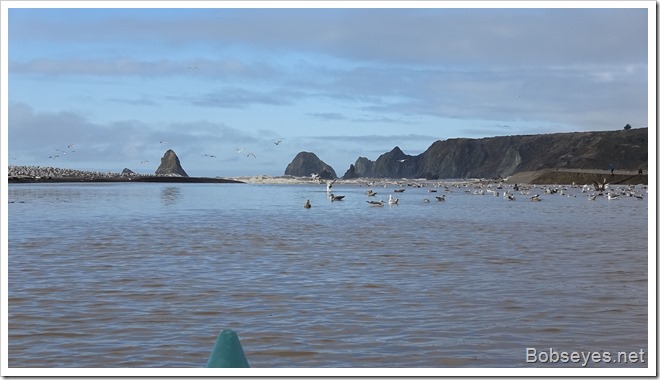 It was low tide so the mouth was working on washing out wider as I watched, looking out the open mouth into the Pacific ocean. 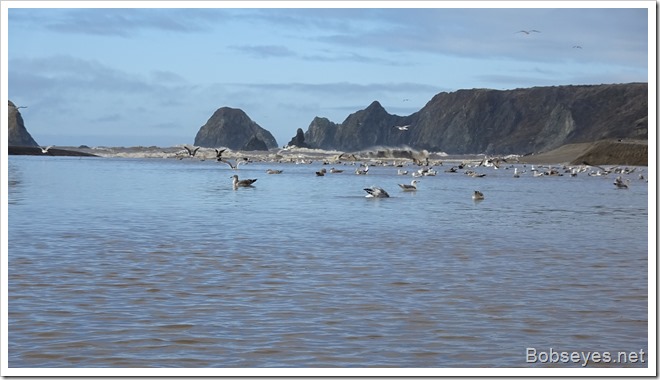 There were lots of birds and harbor seals resting on the sandy beach. 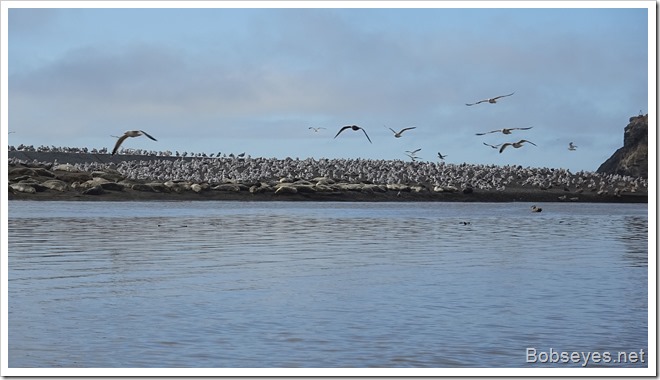 The waves were noisily crushing on the rocks as I watched. 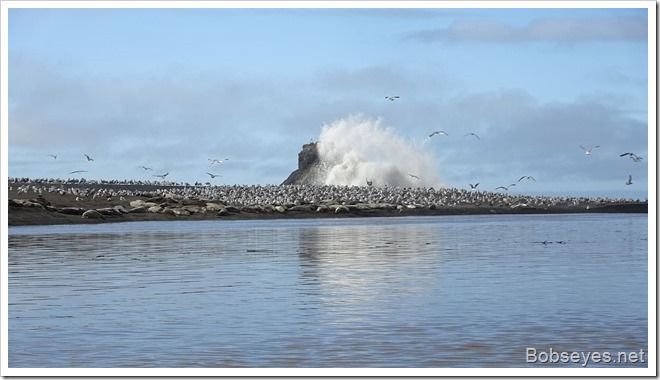 These people were looking out into the Pacific ocean. 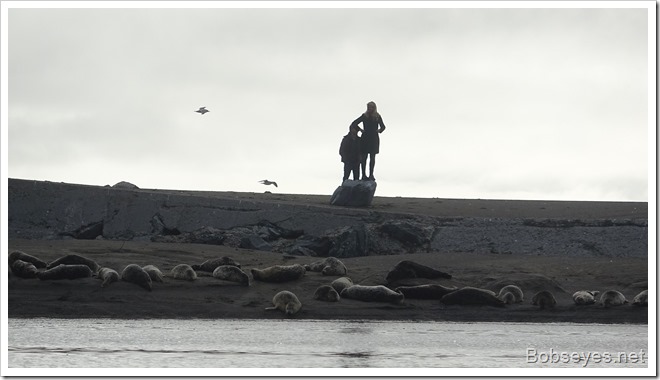 Headed on up the river in the sun

I stayed in the area for a bit watching things then started on up the river where the sun was putting in an appearance. 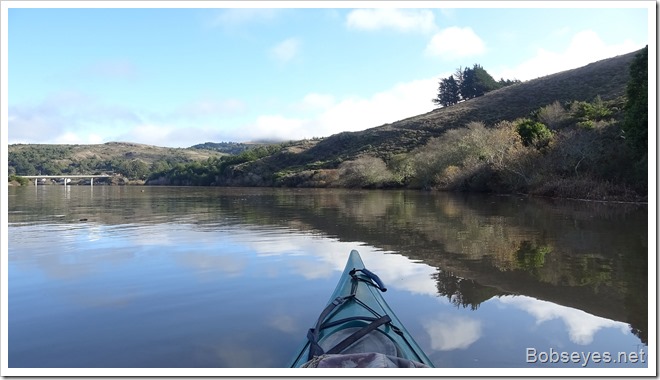 I paddled on up to this spot I call Muskrat and stopped to take it easy and check things out for a bit before crossing over to the other side of the river. 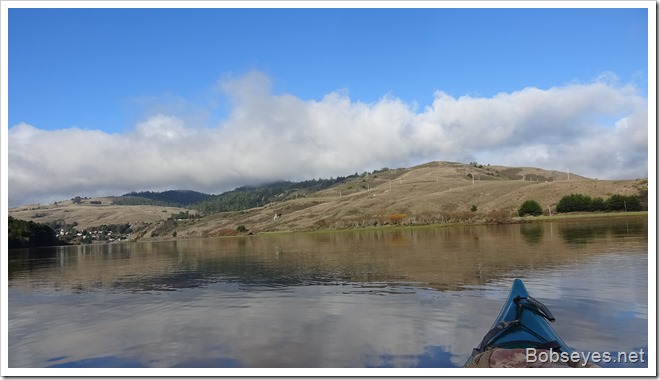 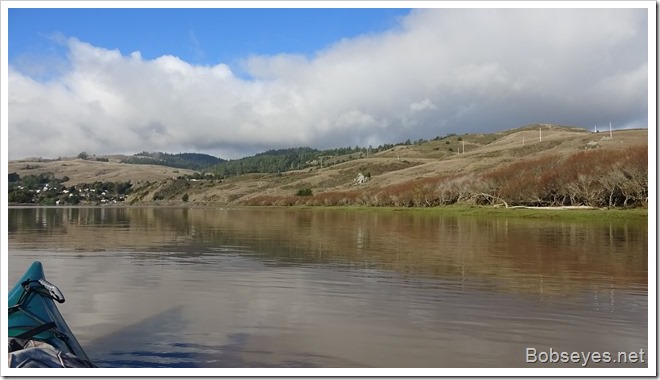 This little grebe paddled on by me as I moved along at my slow pace. 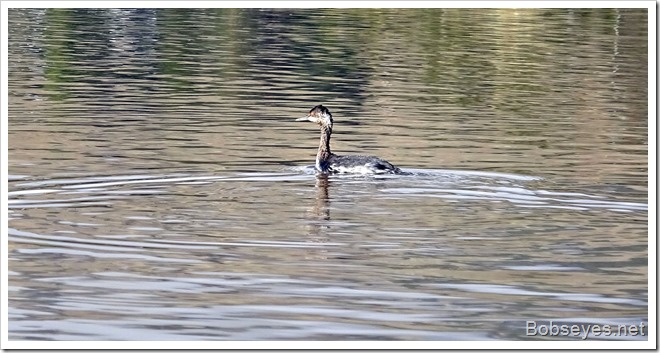 I was paddling along here watching for stuff when I heard some honking up in the sky above me. 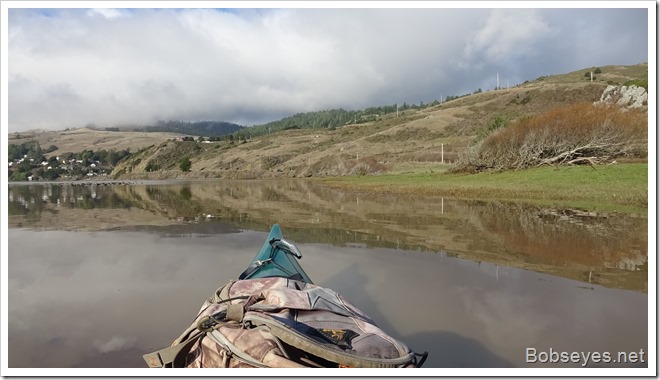 These geese were flying by going up the river. 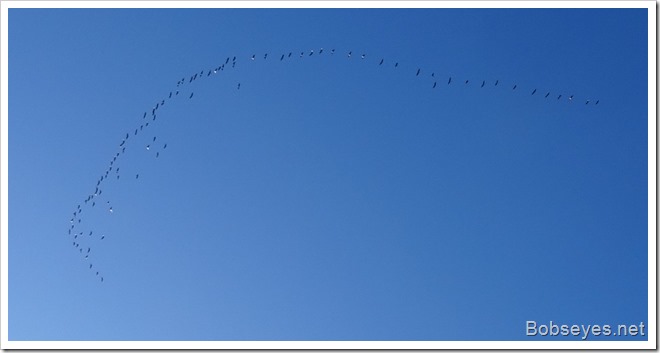 Just past that spot I spotted something up ahead in the grass on the shoreline so I approached cautiously to see what it was.

It turned out to be a hawk which appeared to be eating something in the grass. 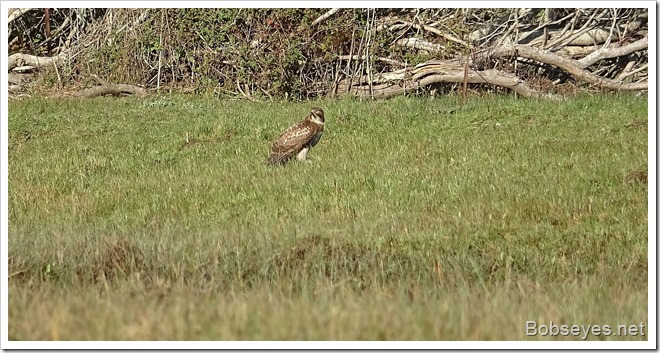 I took some still pictures and then turned the camera on video and was shooting away and was about to stop when things all of a sudden changed a bit.

Just as I was about to shut the camera off this bald headed eagle came into the picture. 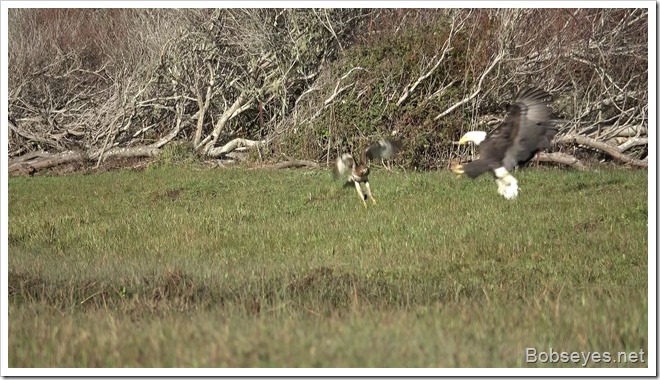 The hawk was out classed so didn’t fight but got out of the way. 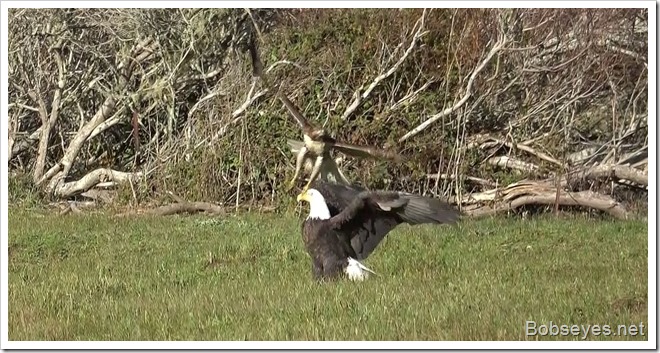 And the eagle flew off with the duck the hawk was eating and flew away with it towards Jenner. 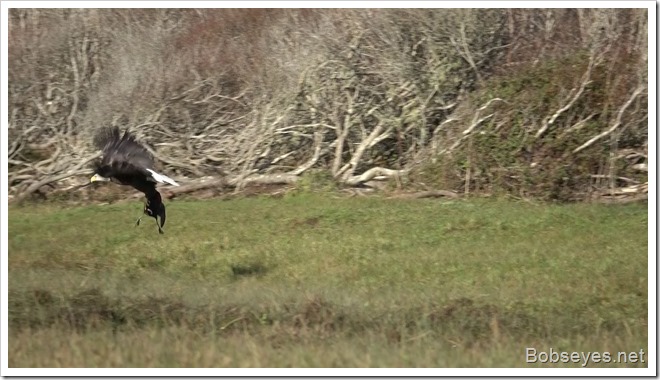 I got a video of all that and will have to get it up on my channel on YouTube when I get a chance.

I continued on down along here to the town of Jenner just up ahead. 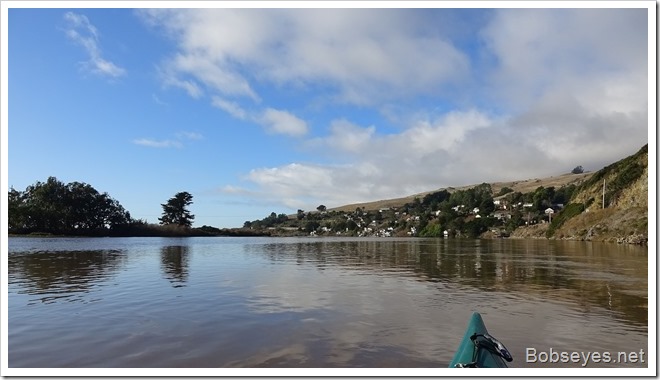 Tree on the ramp

While I was gone this tree floated in and blocked the boat ramp which also shows how much the water had dropped since I put in since the ocean was at low tide now. 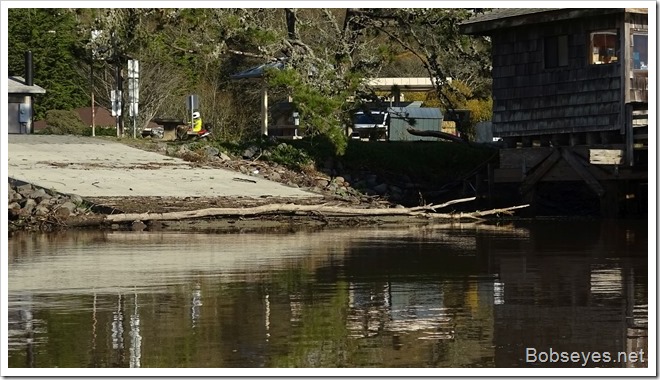 I decided that tree was bigger than I should mess with and would let someone else get it out of there and was able to just pull my boat over it and load the boat on my car and went on home.

Once home I checked the chickens which were doing just fine. I gave them a bit more feed and went on in the house for a short nap.

A bit later I did some chair hopping around the yard until it started to get dark and then went on in the house for the day.

That was my day. Nice paddle, nice day.

1 Response to Foggy, Sunny Paddle at Jenner and a Surprise Bald Headed Eagle Steals a Duck