I worked pretty hard on my projects yesterday so needed a break.

I headed out to Jenner once I got it going this morning. It was a bit fogged in.

I put the boat in the water and paddled across the river to Penny Island where I went by these ducks in the water. 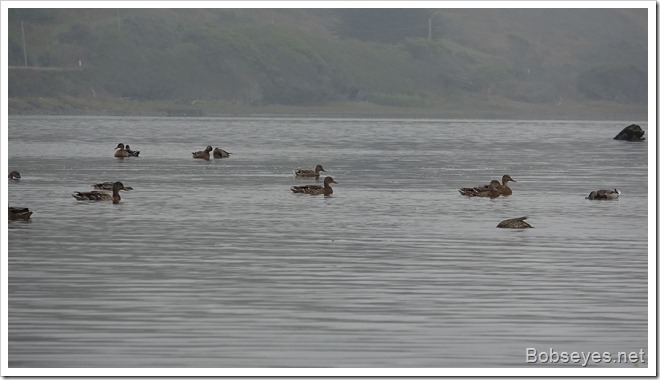 Started towards the mouth

I thought I  might go on down to the river’s mouth area down that a way so I headed down along the island here. 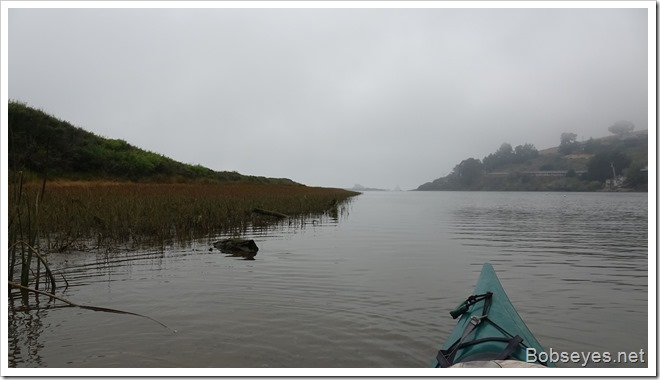 The  mouth was pretty fogged in and there was a wet mist coming off the ocean as I got closer it seemed to be getting wetter. 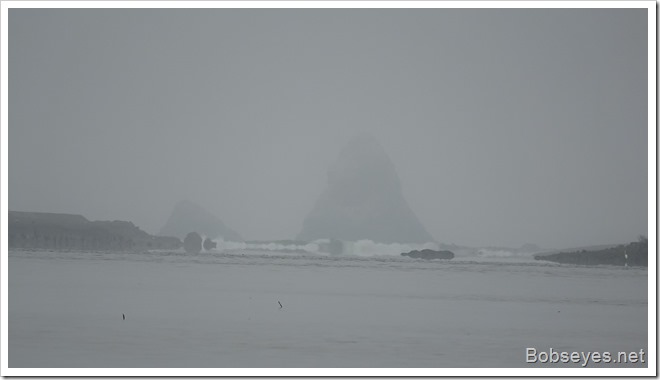 Up instead of down

So I made a U turn and started paddling back up the river instead along here. The fog was slowly lifting as I paddled along. I could see a bunch of white up ahead which I knew to be some white pelicans resting after doing some feeding this morning. 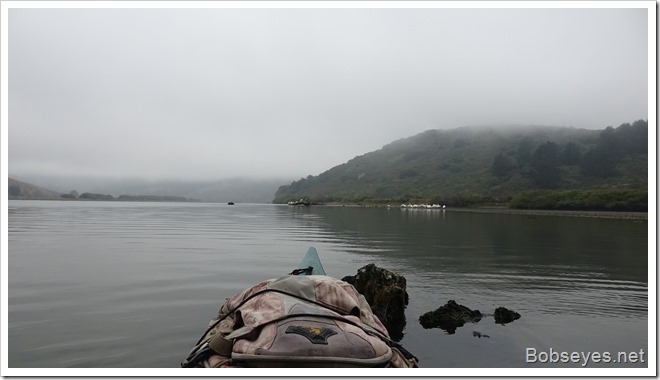 Here’s one group of them resting away. 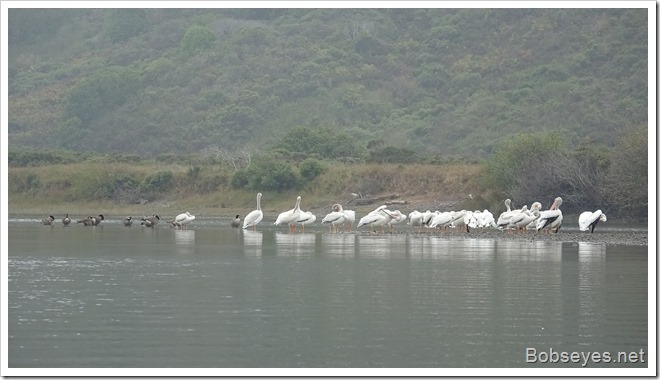 And the second group on the big redwood stump. 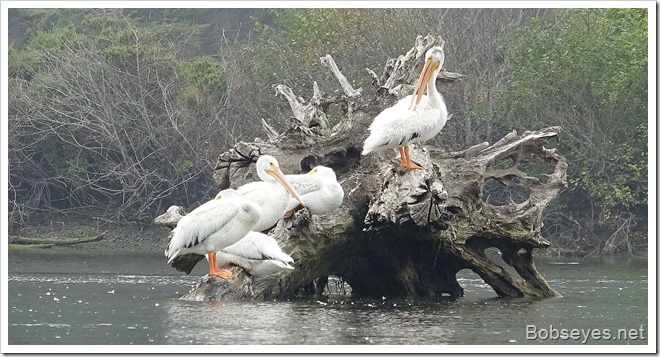 I watched them for a bit and as I was watching I saw this flock of birds feeding along the shoreline. I hadn’t seen this bird down here before, there were about a dozen of them. 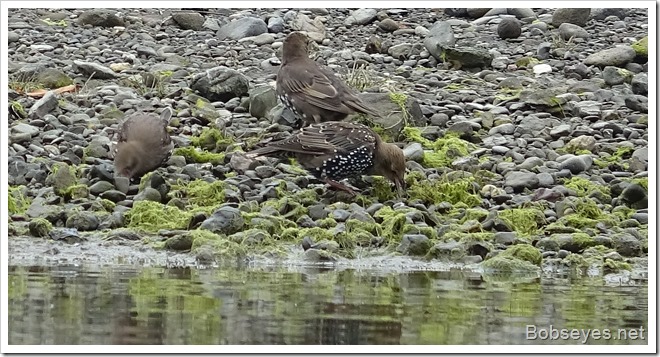 I looked up and was surprised to find this kingfisher sitting there and not taking off yet. I was able to get a few pictures before it took off. It’s still fairly foggy out, but it’s lifting. 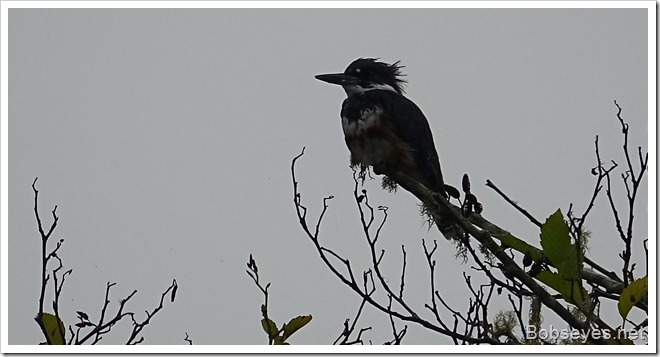 I pulled in here by these big redwood logs and sat and watched for awhile. Some seals were splashing off to my right, but they moved fast today so no pics. 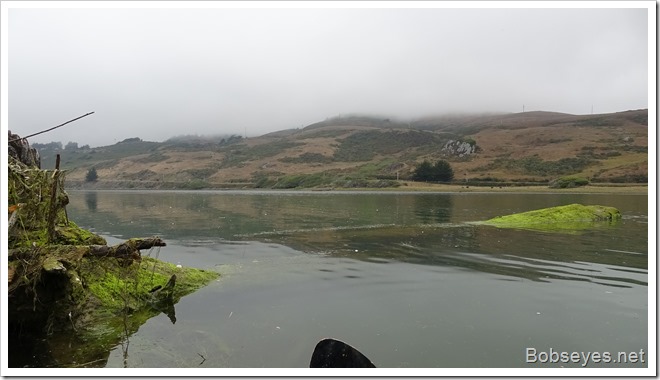 Eventually I paddled up to Eagle’s Landing and saw a pair of the birds I saw earlier and got a nice shot of this one. 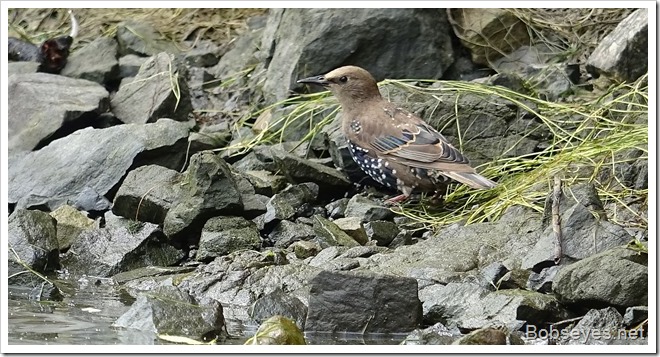 I sat at Eagle’s Landing for awhile then headed back down the river.

As I approached Penny Island this was the view looking towards the town of Jenner. 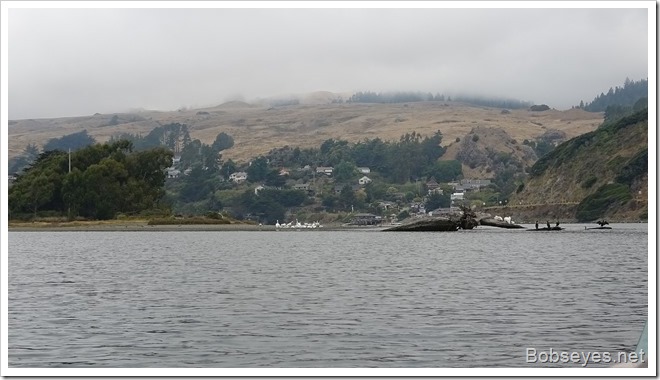 From there I crossed over the river and paddled down along here headed for the boat ramp. 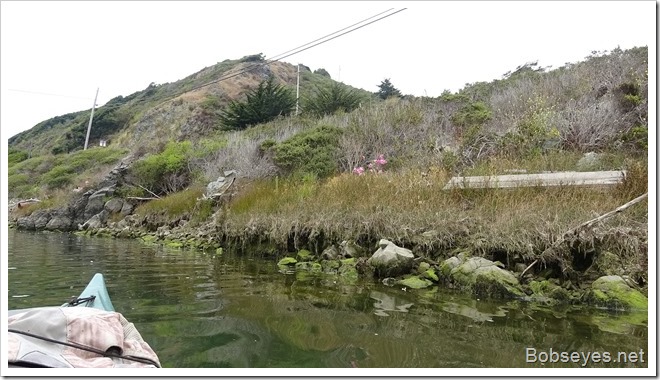 I loaded up my boat and went on home for the day.

Once home and after a break, I went out to the blueberry patch and hauled a half dozen or so wheelbarrow loads of mulch to put around the newly transplanted plants. I was only able to do half of the patch as the other half still needs transplanting. 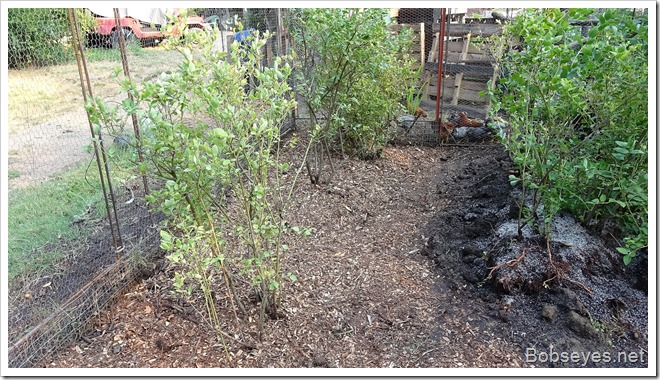 I was sitting in the chicken pen watching my chicks when Dominique came by and said they were extracting honey next door so I got my camera  and went over to see what was going on.

My brother on the left and Steve on the right are taking out the honey comb panels. Steve’s doing most of the work as he’s the bee keeper. 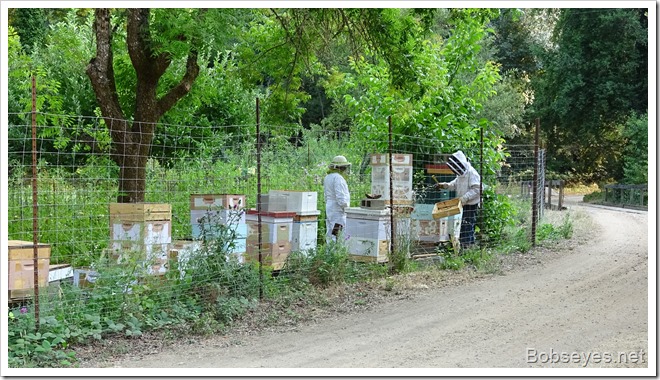 I left them at it and went back to my house and fed and watered the chickens.

After a bit I went back over to see how they were doing with the honey extraction.

Here they are decapping the wax cells with a hot knife and loading them into the spinner extractor. 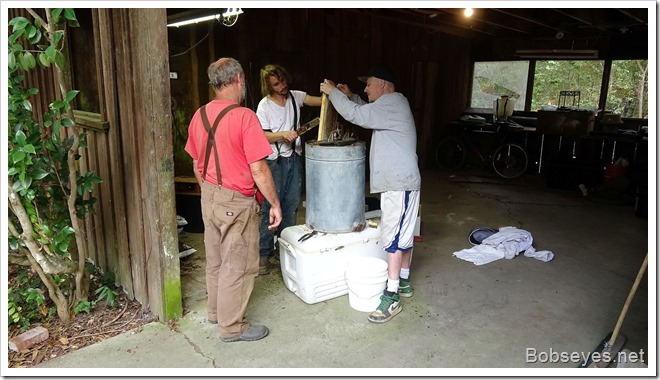 I could see they were going to be here for some time so I went on back home and puttered around a bit.

I was sitting with  my chickens when they all stopped and were looking in one direction so I looked  too. They were all looking at a deer that had gotten into the yard. I started trying to get it out of my yard when it went through an open gate to my brother Tom’s place so I went and got him with some helpers to get the deer out as he usually leaves the gate ajar and they get in.

After they got the deer out it was getting dark so I went on in the house for he day.