Fog, Clouds and Sun Paddling Around the Russian River Estuary After the Rain Showers

The weather guys said the rain showers would stop around noon today so that meant I should head on down to Jenner for a yak in the estuary.

Only me on the river

I arrived about noon and put my boat in the water, the only one on the river was me. I paddled across to Penny Island and sat a spell to figure out which way to go today. Eventually I headed on up the river a bit. 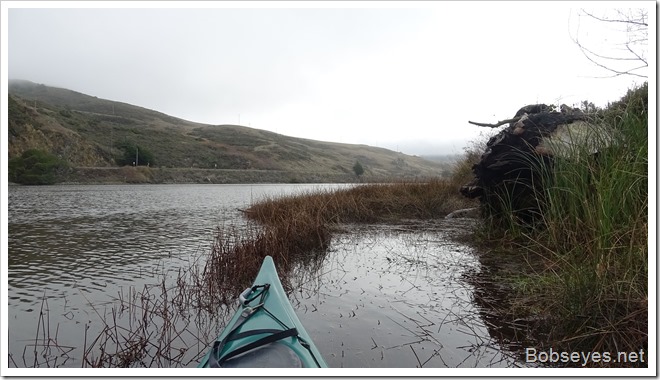 I went by here but stopped for awhile to do some contemplating of things. I like the little channel in here and when the water is high enough I like to pull into this spot and sit awhile as it’s a nice spot, one of my favorite ones. 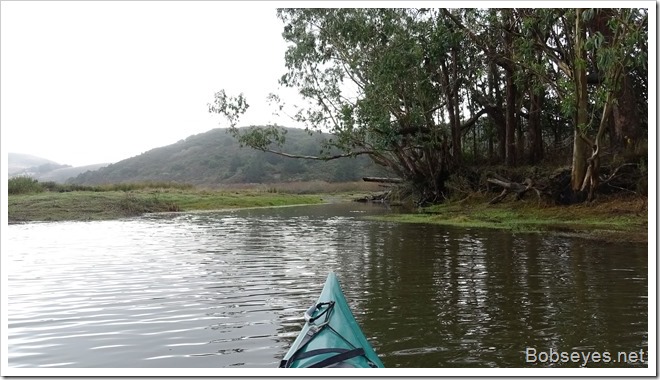 I pulled on into the little channel as far as I could go and turned around and sat. 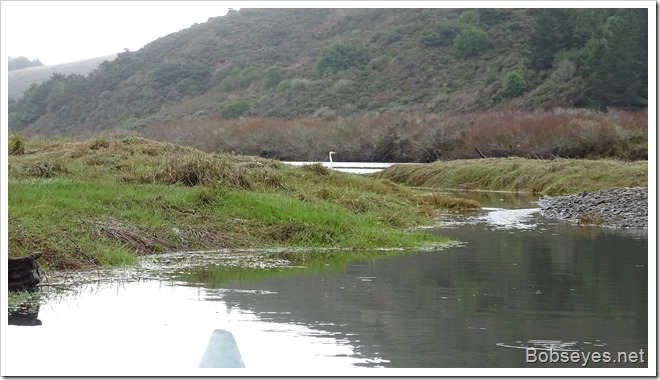 My view from the sitting spot in the little channel, looking back towards the little town of Jenner. 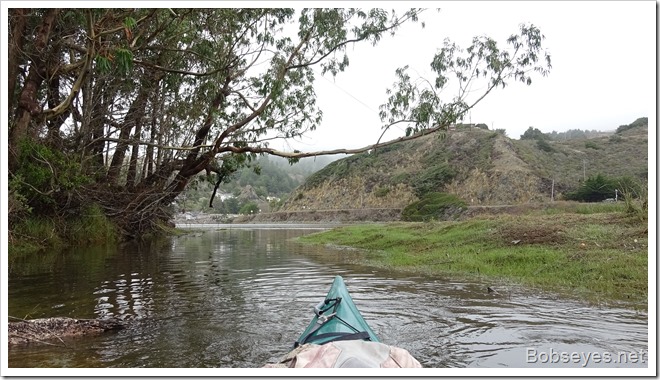 Eventually I headed on up the river at a slow pace. There were some ducks on the water I paddled on past. 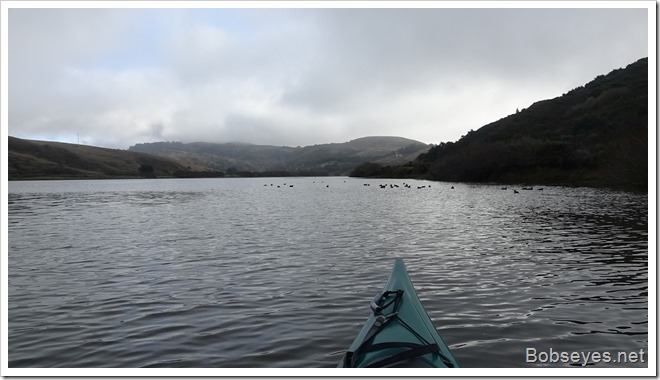 I paddled on up about a mile and sat in this spot watching things. 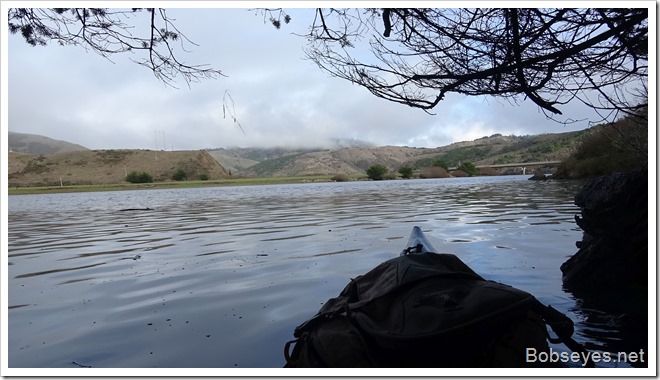 Osprey in the water

I heard an osprey across the river from me but I couldn’t make out where it was from that spot until I crossed over the river and saw it sitting in the water bathing and preening. 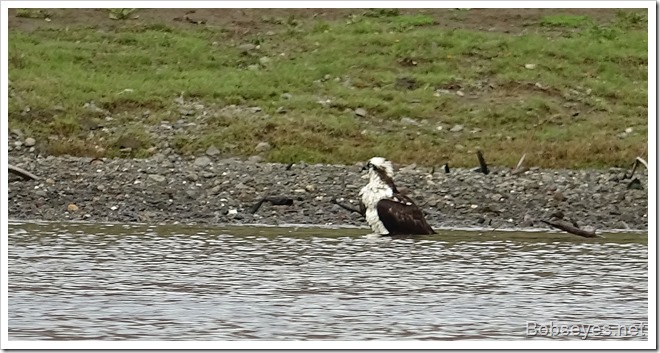 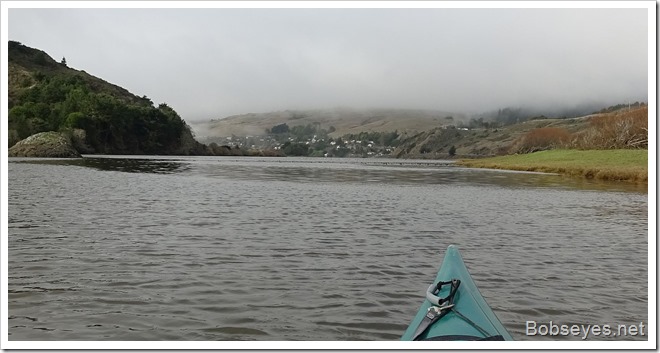 There were quite a lot of ducks on the water as I continued on down along the shoreline. 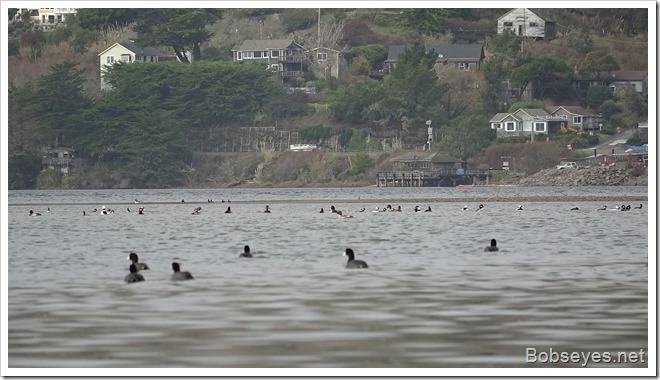 I stopped in this spot for a bit watching as the fog moved in a bit. 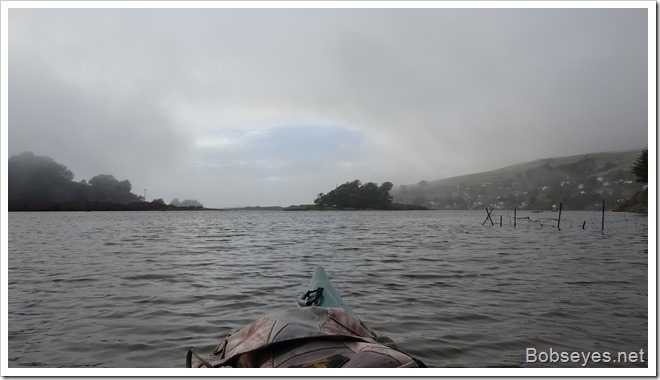 I decided to continue on down towards the river’s mouth by the ocean, stopping in this spot for a bit to check things out. 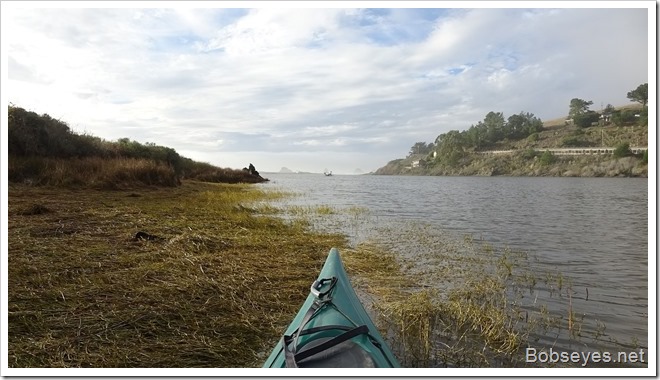 Down near the island’s bottom end I went by these turkey vultures that had been feeding on a dead dear on the island which I saw when I went on by. 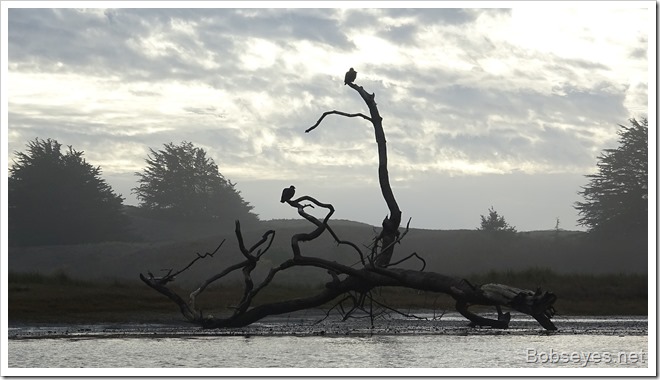 From there I crossed over the river and headed to the open river’s mouth where there were lots of birds flying around. 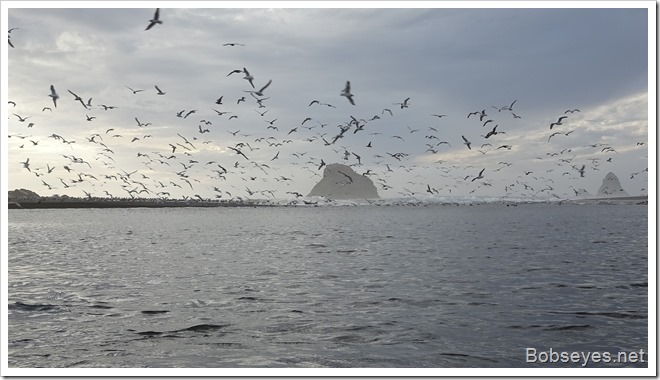 Ocean waves were breaking on he jetty and making a lot of noise as I looked out the open river’s mouth. 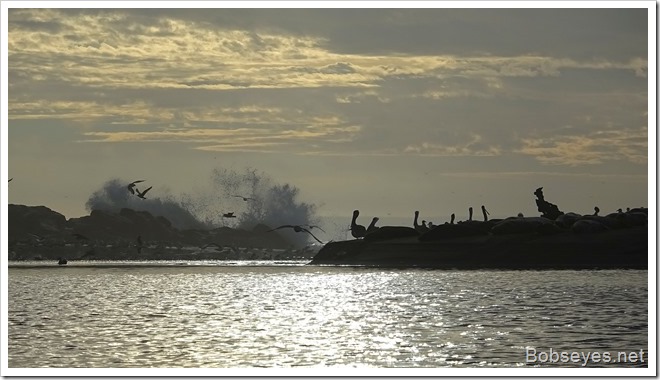 Lots of nice clouds in the sky as I watched the fog clear a bit. 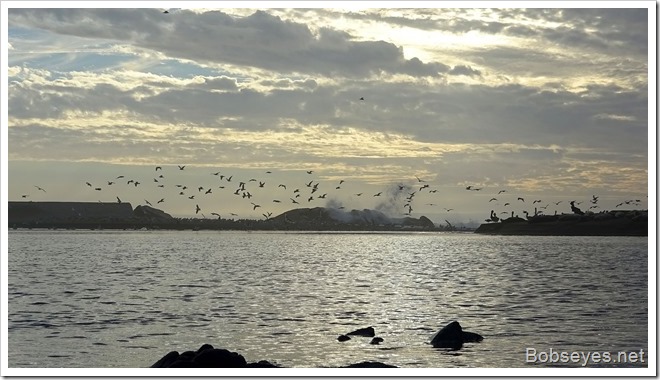 Did get some sun

It was getting close to sundown as I left the area and headed back towards the boat ramp. 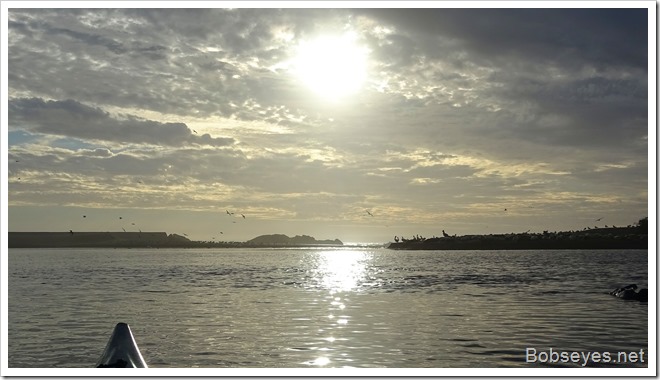 Fox on a rock

As I approached the boat ramp I heard someone behind me say, did you see that fox on the rock you just passed. I said no I was day dreaming and didn’t see it.

As I looked back, sure enough there was a fox laying on the rock I just went on by. 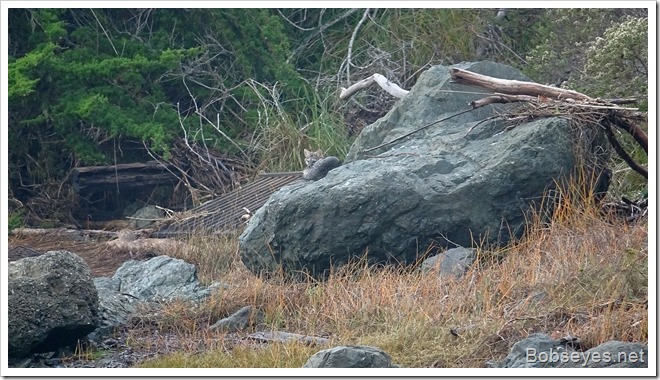 Not everyone winters over in Arizona

The guy was in a kayak and it was Oreck a guy form Europe that winters over here in Jenner that I’d talked with before. We chatted for a bit then he took off and I loaded my boat on my car and drove on home.

It was just getting dark as I pulled into my driveway so I checked on the chickens but they weren’t quite ready to go to roost so I went in the house for a nap for a bit, then went out and closed up the chickens for the night.

Nice day paddling on the river.