Fluffy Passes and Working in the Yard Hauling Stuff

First thing I did this morning was check to see if Fluffy made it through the night. No such luck so I buried her in the blueberry patch by a blueberry bush so she can continue doing her thing providing for me. I was sorry to lose her as she’s been around for a long time and was a good hen.

Next I loaded up the wheel barrow several times with chicken fertilized dirt from the chicken’s pen. I took this stuff to the raspberry patch and spread it around on each raspberry plant. 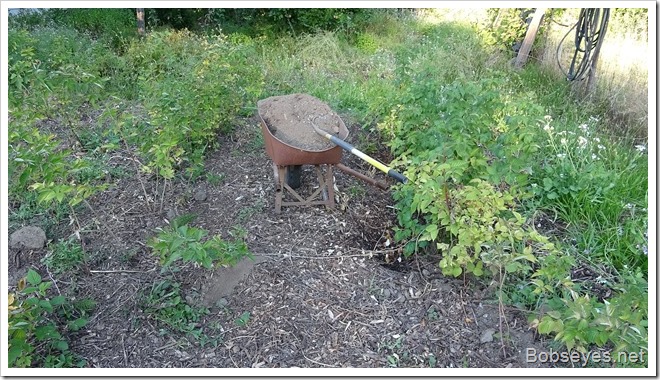 I had some helpers but they only did what they wanted to do. 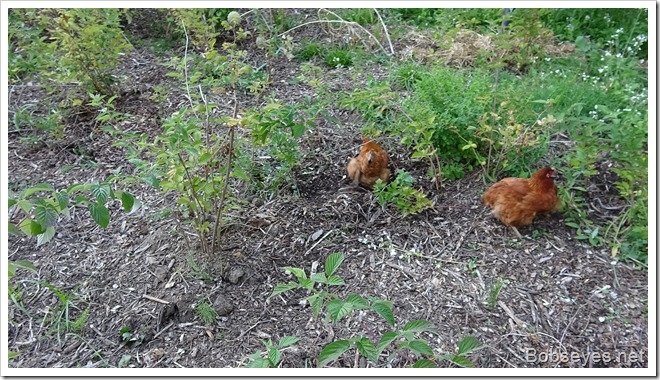 Then I spent most of the rest of the day hauling woodchips to mulch the raspberry patch.

The mulch is looking better and getting thicker which is better for the plants. 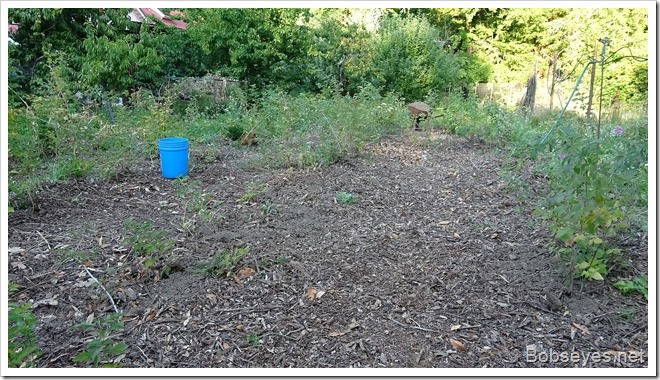 And the last thing I did just before dark and right up to it was load and haul some of this dirt in the chicken’s grow pen to my two citrus trees mostly because I want to make room for a couple loads of woodchip mulch in here to mix with the dirt.

This was the dirt I moved before I started and I still have a couple more loads to move. 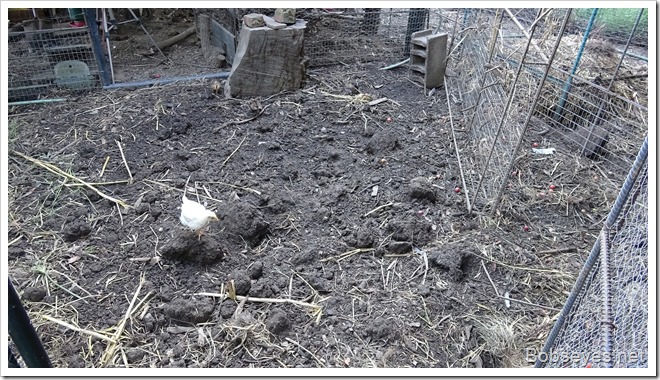