Fixing Stuff and Testing Steel Cable On the Weed Trimmer

I’ve needed to fix my van’s electric radiator fan switch since I got back from my trip to Arizona but just haven’t gotten around to it.

I’m thinking of a trip up the California coast to a place called Usal, possibly in the near future so I thought I better get it done.

Getting the fan switch out

I got out some tools and opened up the van’s engine compartment. The switch is mounted down in front of the radiator so getting it out was a bit difficult, of course. 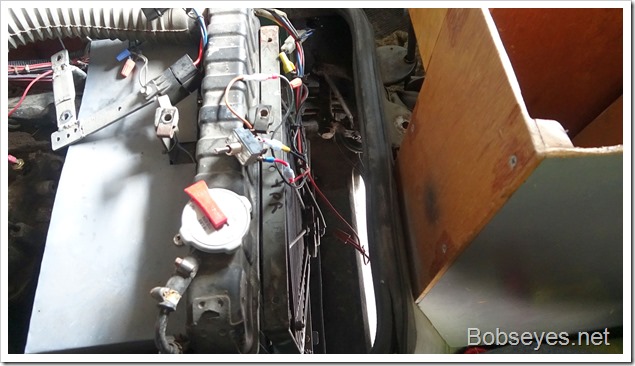 The problem with the switch is the screws don’t hold the wires well enough and a wire will fall off and then the electric fans don’t come on when they should.

I was thinking of how to fix this and at first I thought I might solder it, but then decided to  just add some little wires to the switch with the right connectors ,which I did. 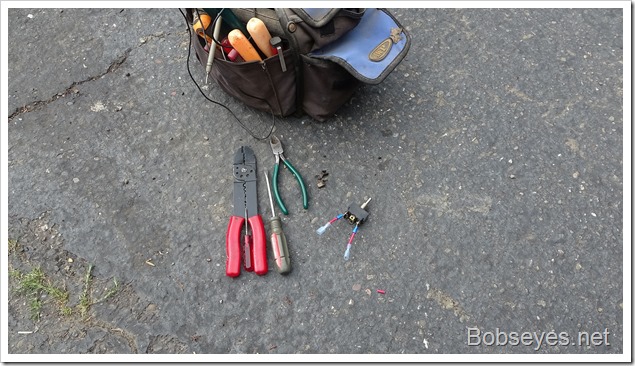 I put the modified switch in and did a test and it worked. Things got closed up and I was finished with that project.

A bit later I decided to put some steal cables on the weed mower just to try them out to see if they’d work. I’d thought of using the steel cables last summer but was concerned with sparking maybe causing a fire.

But since it’s spring and not much fire danger I decided to give them a try if I could find my steel cable? I knew I had some somewhere in my stuff.

It took some searching in my messy garage but I did find a piece to make one set and installed them on this machine. 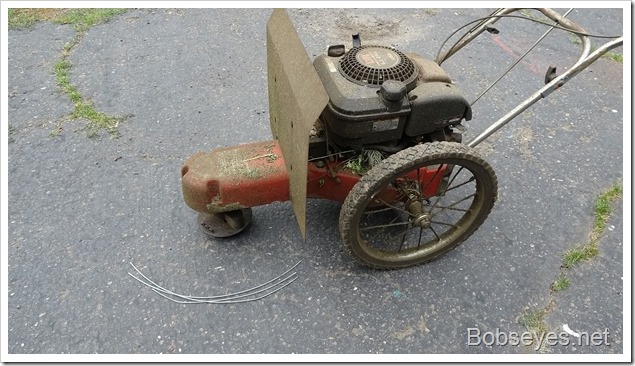 I figured the steel cables might work and last longer than the plastic ones, but I was concerned that the braided cables might unwind and come apart, which was the case.

I wanted to mow this ivy down to retard it’s growth. There were a lot of vines in  there that like to eat the mowers plastic cables that’s why I’m trying the steel cable cutters. 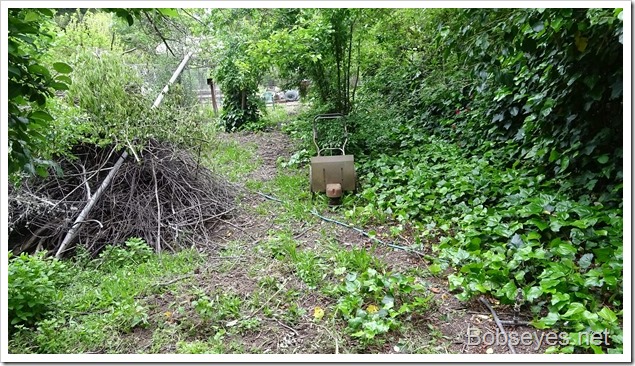 The steel cables worked pretty good with no sparks and I finished the job in a short time. 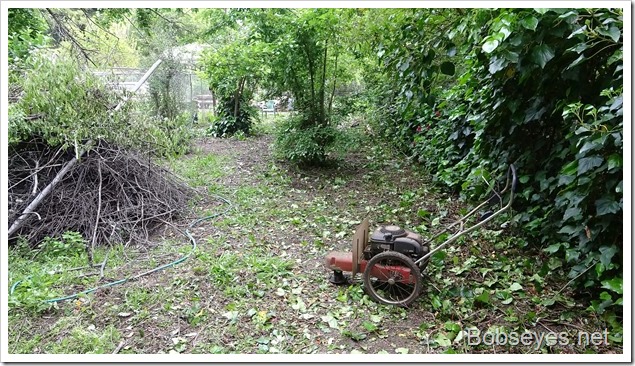 Near the end I could tell the steel cables where getting shorter but they made it until I was done, just barely. As you can see the braided steel cable unbraided and wore out.

What’s left of the braided steel cable that cuts the weeds, not much. 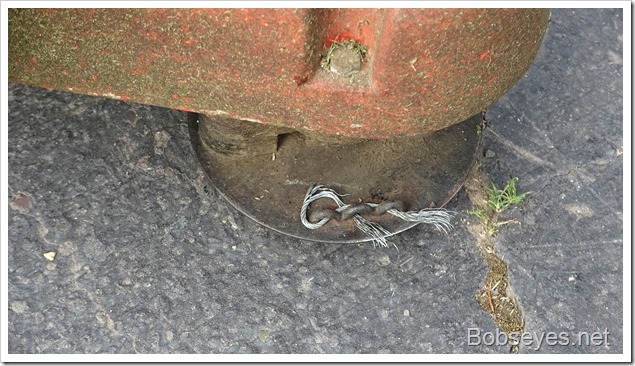 That done, I put that  machine away and did some chair hopping and a nap too.

Towards evening I let the chickens into this garden area. They sure find a lot of stuff to eat in the mulch, although I’m not sure what, but they are always digging and peaking away. 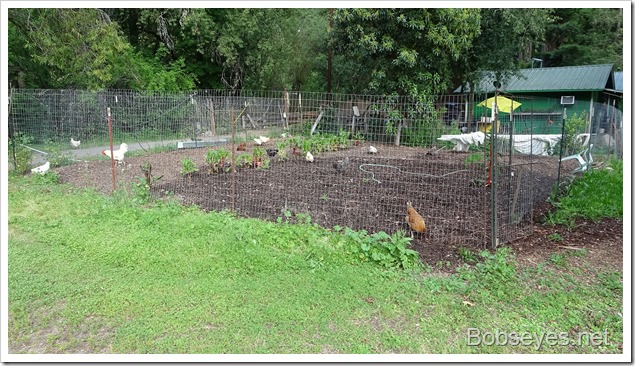 I was sitting in the yard an hour or two before dark when my brother Tom comes by and says his golf cart charger wasn’t working and his batteries were dead and could I have a look at the battery charger. I said, bring the charger over and we’ll take it apart and have a look see.

I took the charger cover off and did some measuring trying to figure it out. I wasn’t having much luck and was running out of options and was about to tell Tom to buy a new one. I figured it might not be getting power and finally got it to come on when I jumped a relay. So the relay was likely bad.

We needed to try the charger on the cart to really see if it’d work so we set it up temporarily for the test. We plugged the charger in and the lights came on and it seems to be working with the relay jumped. 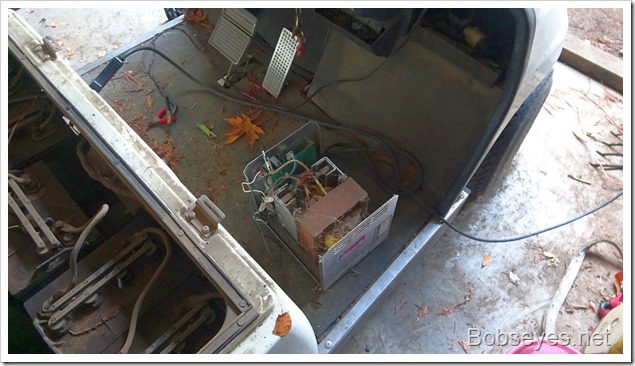 Since the batteries where dead we left the charger on to charge them for now. Tomorrow I’ll test the relay just to make sure and order a new one if need be.

I still had a bit of time to chair hop before dark so that’s what I did.