First Day Back On the Water After the Last Rain Storm

Low wind for a nice day of paddling around

I was the only one that put my boat in  the water at Jenner this morning. There was a little wind, but not much so I put the boat in the water and headed across to Penny Island and decided to paddle down along it’s edge to the bottom end going along here. 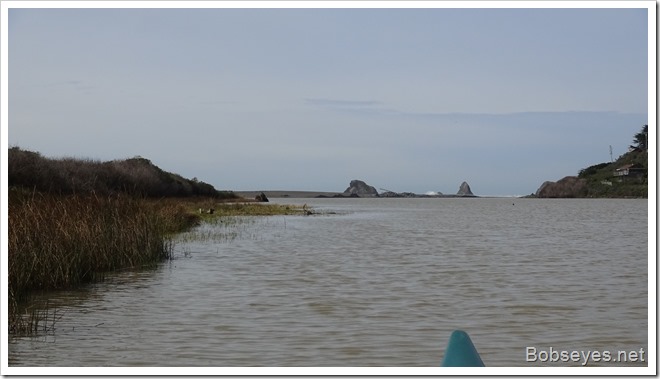 I could hear and see the ocean was real rough down by the mouth area, down that a way. 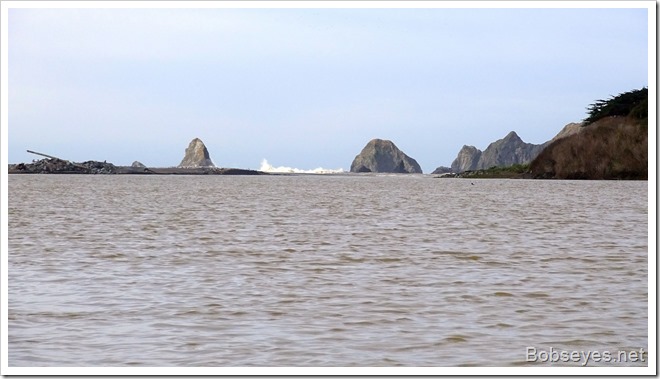 I moved into this spot on Penny island and sat around for awhile as it was out of  the river’s current. 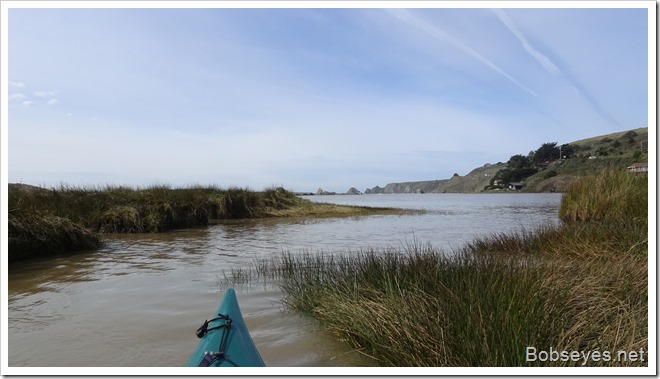 Eventually I moved to the front of the island on the bottom end where there were a bunch of harbor seals hanging out in the water. They mostly seemed to be taking it easy as the water was too muddy from the recent rains to be clear enough to catch any big fish. 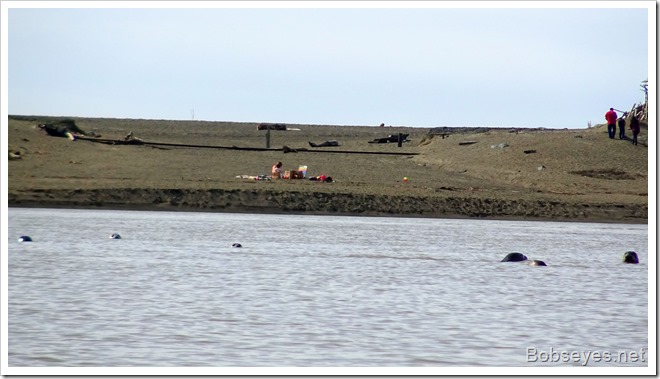 After hanging out there at the bottom end of the island for a bit, I paddled back up along it’s edge headed up river. 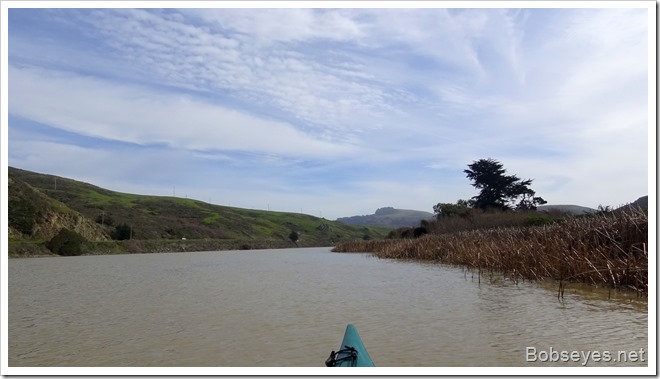 It was high tide, so I was able to paddle into the little channel on it’s upper end which I did and spotted this boat that had come down the river. 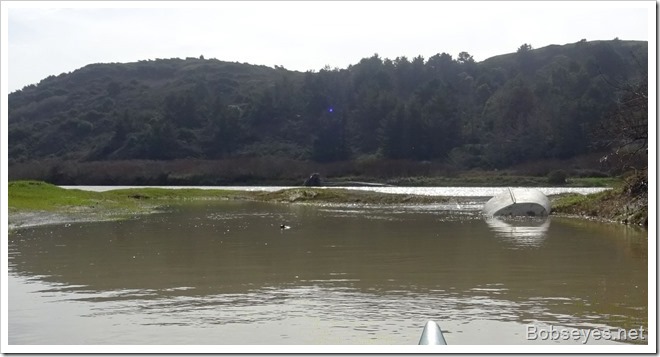 And a walk on Penny Island

I decided to go ashore on the island for a short walk which I did here. 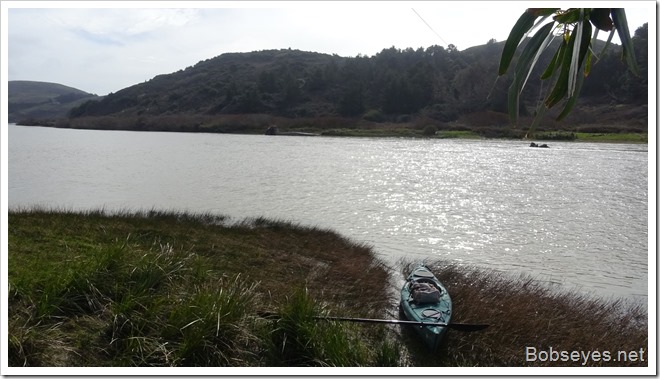 I walked under this gnarly tree as I headed to the old milk barn just up ahead. 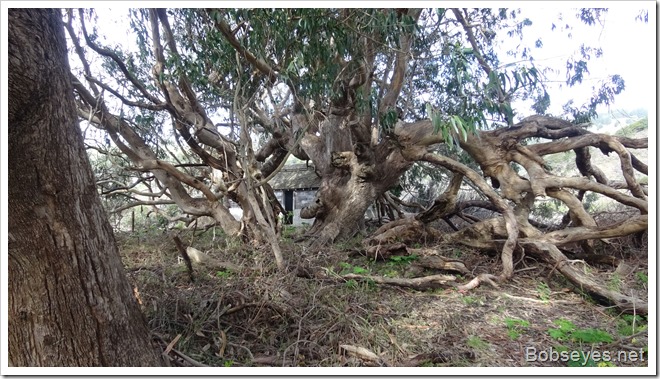 It was only a short walk on the island and I was soon back in my boat and headed on up the river to this spot I call eagle’s landing where I sat in my boat and enjoyed the day a bit. 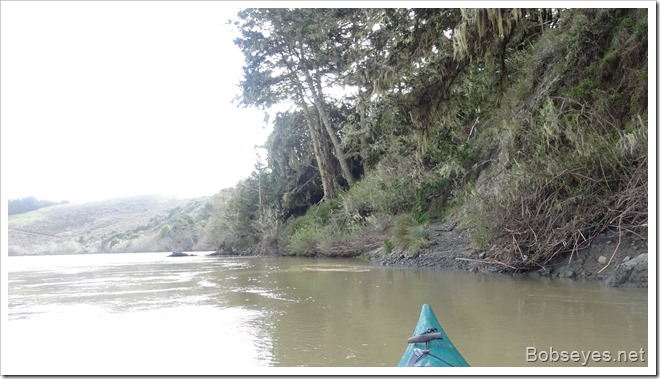 I could hear the cows across the river and up in the hills in front of me as I sat there in the boat. 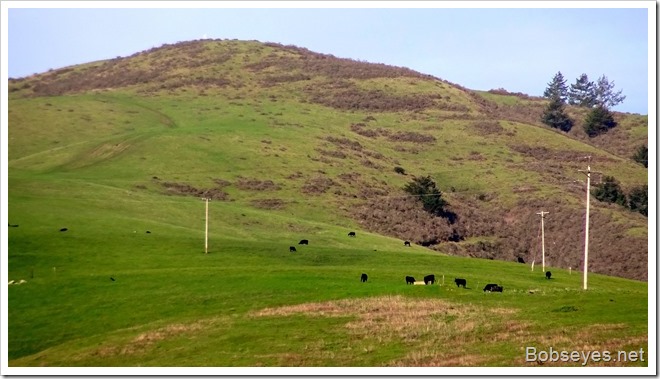 I wasn’t planning to go very far up the river, but made it up to this spot just ahead I call the muskrat nest beach area. 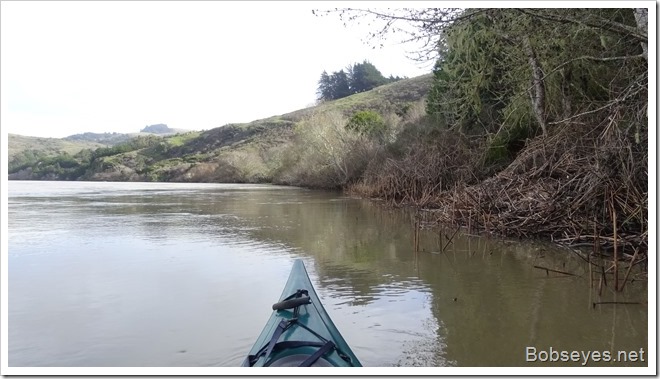 Looking for birds and critters along here

I sat in that spot for a bit and then crossed over the river to go down the north shoreline to look for birds and critters. 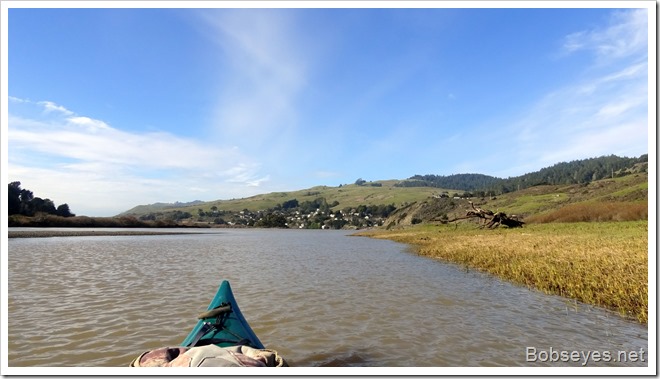 These mallard ducks kept an eye on me as I paddled on by. 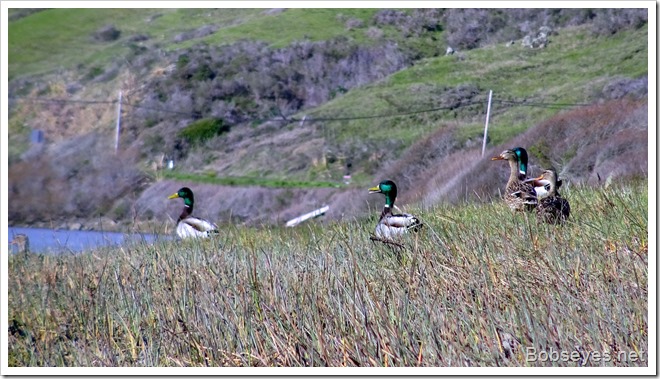 And I went by these ducks and the egret on the way in to the boat ramp. 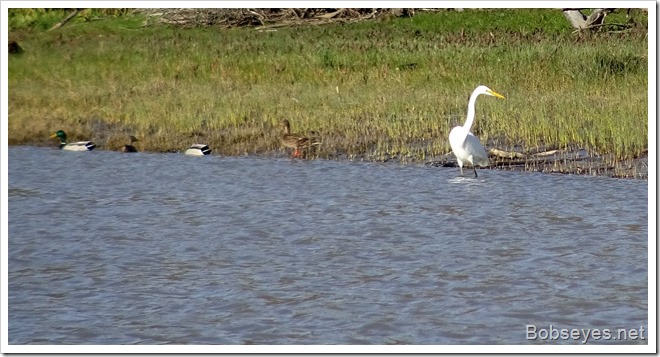 At the boat ramp, I put the boat on the car and headed for home, stopping at Monte Rio to see how high the river’s water was at the ramp. The ramp is under water about twenty feet and looks like it’s going to be real muddy when the water finally goes down.

It was nap time when I got home so I took care of that and it was soon dark, so that was it for me today.