Firewood, Eggs and Working on the Van’s Cooling Project

Barry loads up with some firewood

As I was getting up this morning I saw my brother Barry outside with his truck. I went out to talk with him and he said he was going up in the hills to get a load of firewood and come looking for him if he didn’t check in in a couple hours.

He took off and I went back in the house for a cup of coffee and something to eat.

Barry showed up with a load of fire wood as I was going outside to get things started for the day. 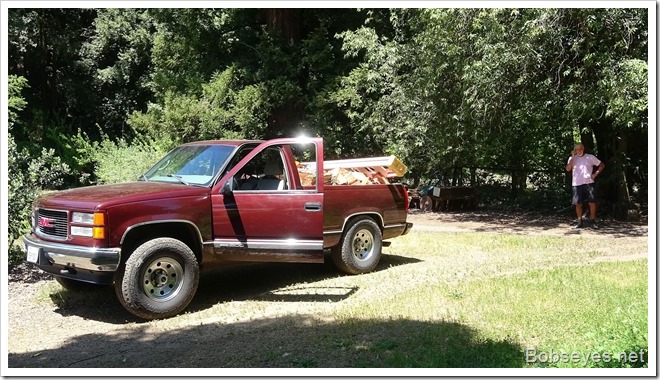 After some warm up chair hopping I got started on the van project working under here. 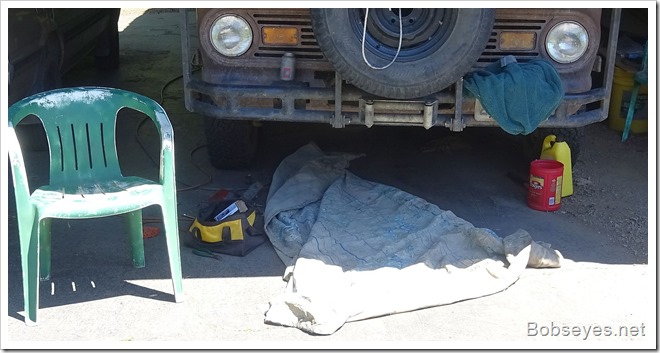 I needed to measure and drill holes to bolt in the electric fans. I was working on the gray fan brackets under the fan that helps hold the fan in place. I was trying to make the fan brackets easy to install or take out the fans for repairs. 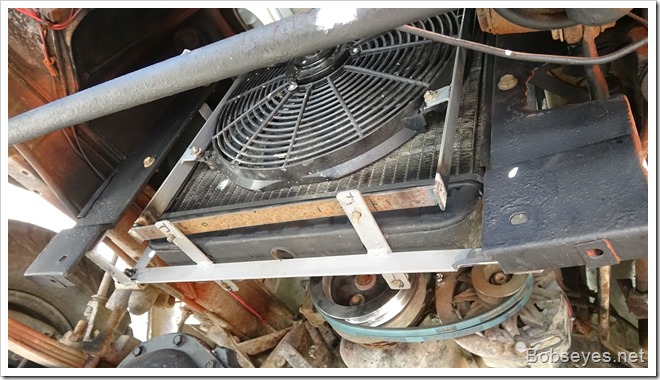 I got the brackets all constructed and now I need to remove them to paint them,  maybe tomorrow.

Next I tried to tighten up the belts but they were too long because I rearranged the pulleys so now I need to purchase a couple new ones an inch shorter. 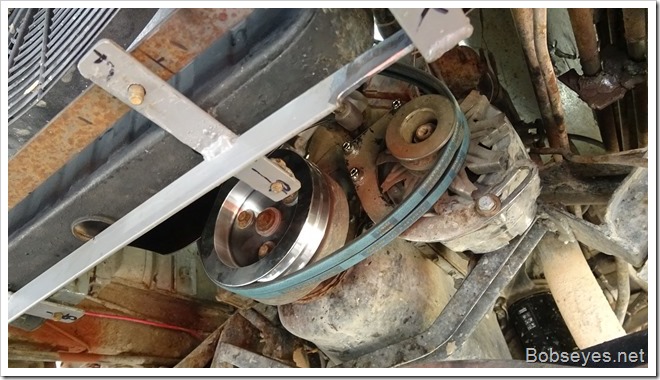 Eggs to the market

My brother Tom came by in his golf cart and said he was ready to process all my chicken eggs I’ve been saving up. I had 8 flats of 30 each for a total of 240 eggs. He will wash them up using his egg washer and put them in cartons with his label. All I had to do was put all the eggs in buckets so he could put some water on them to presoak them for washing.

Next I tightened up all the bolts on the new water pump and tried fitting the old water hoses to see if they’d fit. They did. I want to get a water hose spring for the bottom hose to keep it from collapsing which I need to get from an auto parts house tomorrow. 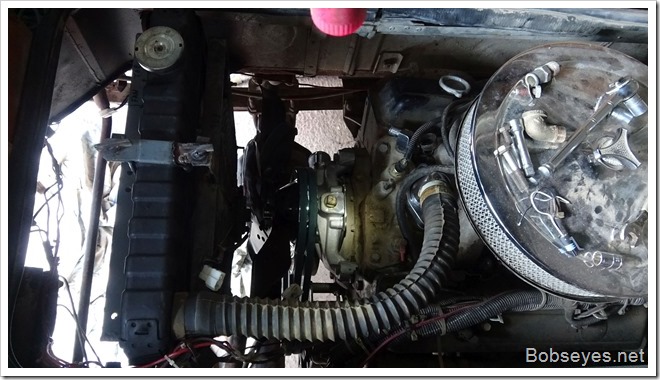 And my last project for he day was to make these big wing nut screws to make the new fan brackets easy to remove. 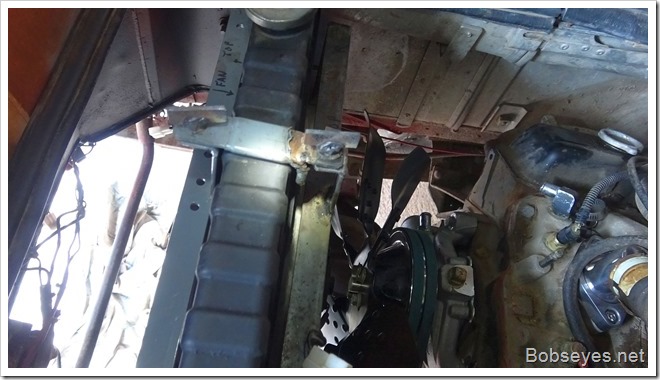 By the time I got that done it was time to quit and go in the house to get something to eat.

Nice day puttering around and getting stuff done on the old van.

1 Response to Firewood, Eggs and Working on the Van’s Cooling Project