Finishing Up the Waterfall Crossing With Rocks

It showered off and on early this morning but when I got it going it was letting up and the sun would come out eventually.

I got my stuff together and headed on up into the redwood forest to do some trail work.

Right away I ran into this downed tree across the road, so I had to turn around and take another route to where I was going. All the roads and trails up here are loops with no dead ends so there is usually another way around downed trees until we get a chance to clean them up. 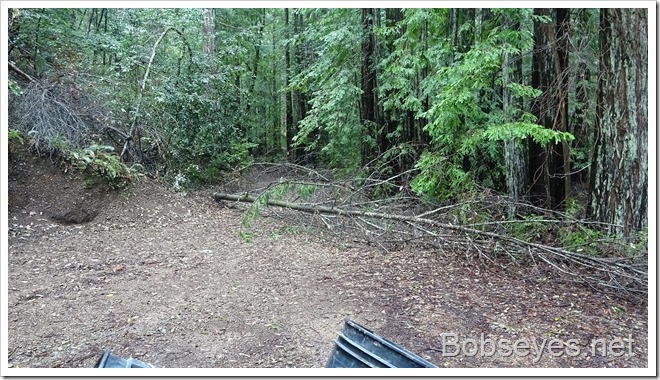 I turned around and took this road but stopped here to move this piece of old stump off the road as it had rolled down the hill. 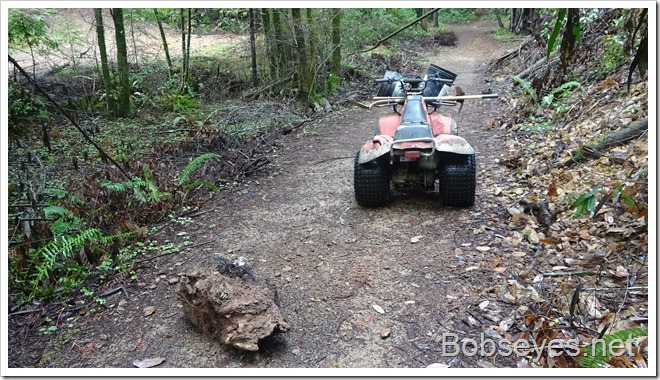 On up the trail

I stopped here to look at some stuff then headed on up the trail to where I wanted to do some work. 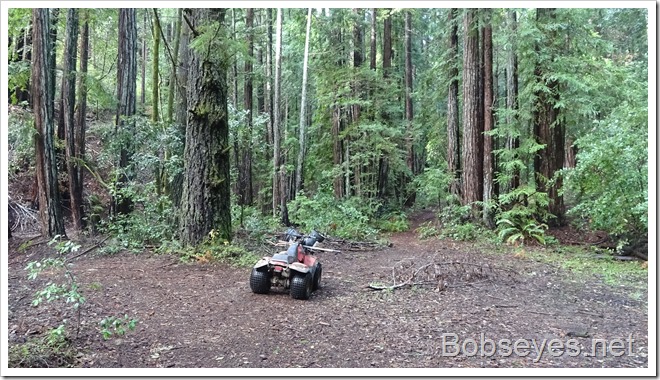 I was headed up this trail through the redwood trees. 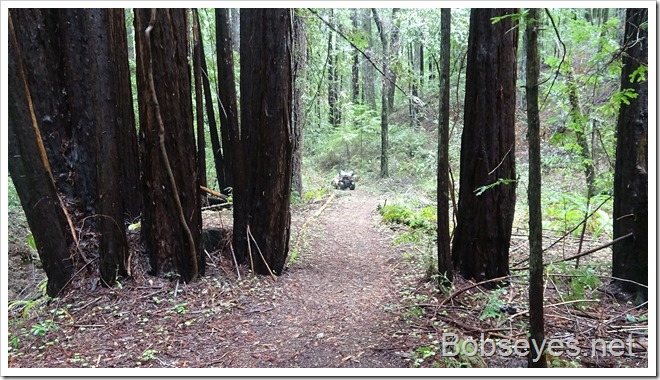 And continued up through here headed to the waterfall area. 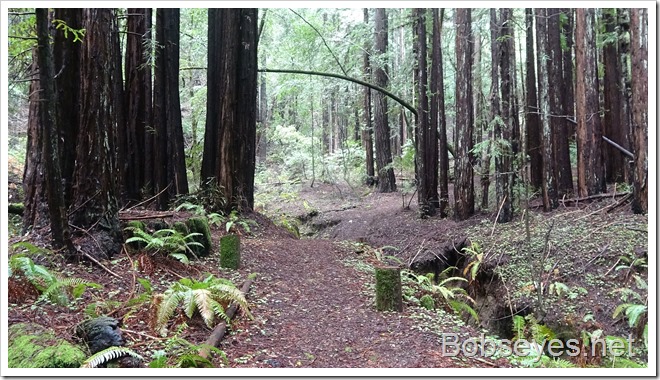 Not a bad spot eh

With the recent rains the waterfall was still flowing. I put my stuff on the resting log where I will take some breaks during my workout.

Just up the trail from the falls there’s this place that some rock has falling down the hill onto the trail so I was going to move this rock to the waterfall crossing, about a 100 feet down the trail. 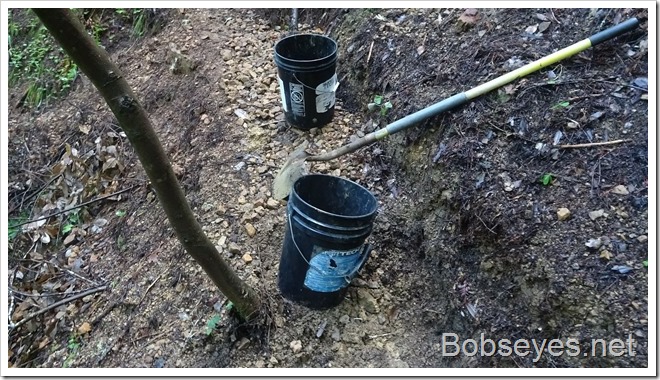 I was careful not to fill the buckets more than half full of rocks which was heavy enough. I think I filled them about 3 times and cleared the trail. 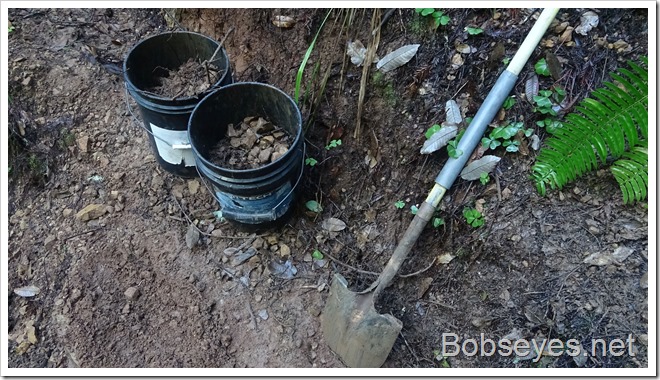 Two things at once

You might have noticed most of the time I move rocks from a spot that they are in the way to a spot where they are needed so that’s getting two things done at once.

I only had one big rock to move. I was able to roll it down the trail and into place as it was a bit heavy to lift and I didn’t want to mess up my back. 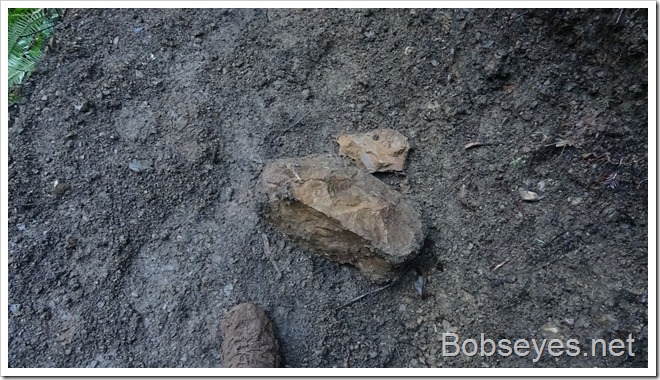 I put the buckets of the smaller rocks on this crossing to finish it off. I’m mostly done with this now and ready to move on to another area of the trail. 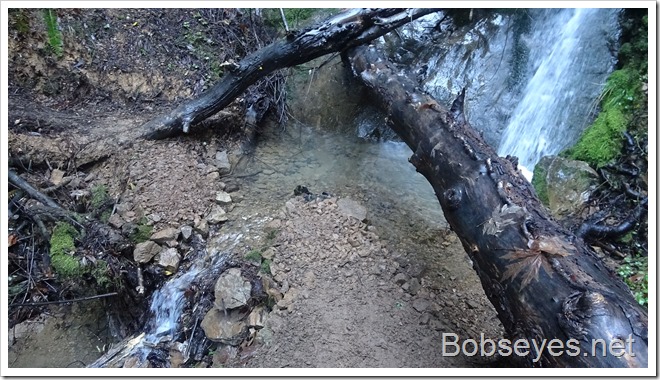 Once all that was done I got my stuff together and headed home on down the hill cause I was a bit beat.

There was still about an hour of daylight which I spent mostly sitting around with the chicken’s. 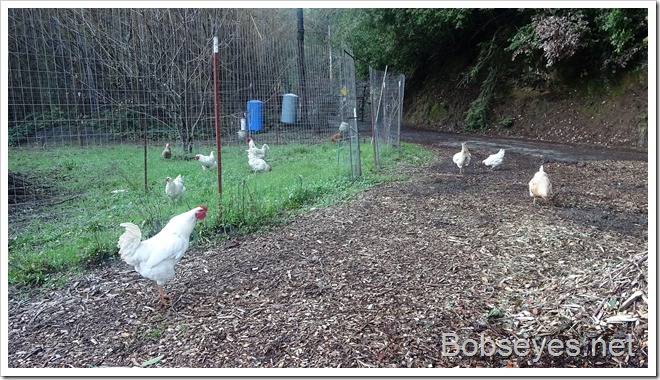 I sat around with the chickens and this was our sunset looking west. 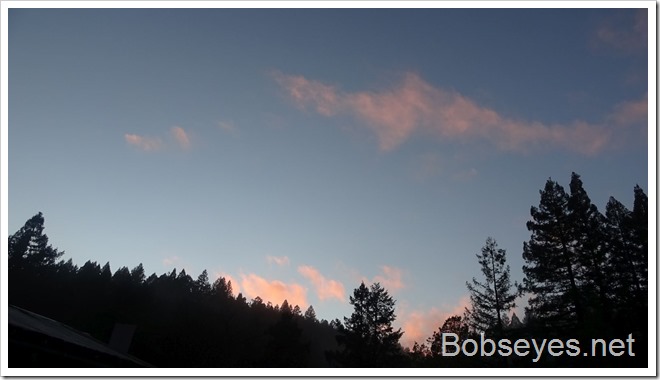 The chickens went to roost just before dark so I closed them up and went in for the day.

1 Response to Finishing Up the Waterfall Crossing With Rocks