Finishing Up the Van’s Intake Manifold Job and Fence Shoats

Getting the distributor right

The main project today was to get the van’s engine distributor installed properly and get the engine going again.

I started out with the engine like this. The distributor was off a tooth I’m pretty sure from installing it the other day, so I need to get it to the right tooth. 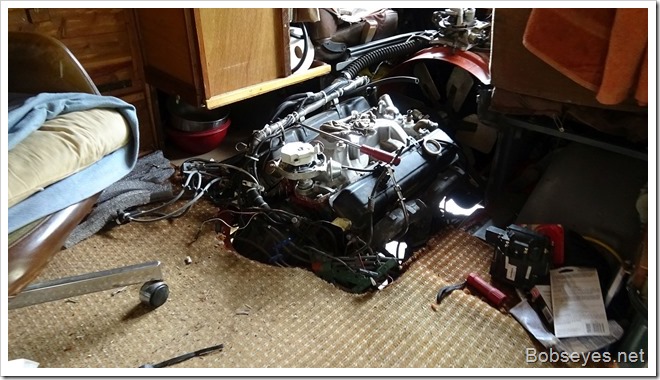 Finding out it it was off or not

That meant turning the damper pulley until the timing marks on the damper lined up with top dead center so I got a socket and turned the pulley until the lines lined up and then checked the distributor position to see if it was off a tooth and it was. That meant I needed to pull it out again and get things lined up so things where right if I wanted the engine to start.

I had a hard time getting things lined up as it just kept wanting to go to that wrong tooth, but finally I started the line up early enough and things just fell into place line they are supposed to.

Filled the radiator back up too

I still needed to time the distributor, but first I needed to put the coolant fluid back in the radiator that I’d removed to do the job. 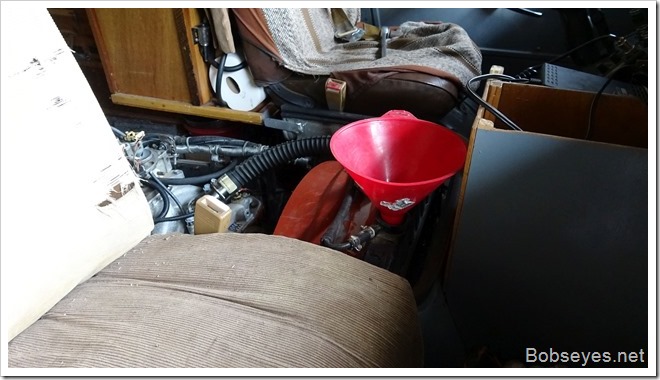 I hooked up the timing light and turned the key to just the on position to check that the service engine light was on showing the computer had juice and I also listened for the electric fuel pump making noise which meant it was working too.

Now that I was set to go, I turned the key and it started right up. Checked the timing and adjusted it a little. Let the engine warm up to operating temperature and checked the timing again and set the idle speed and tightened down the distributor.

The engine is set to go, all I need to do is put the air cleaner and the engine covers back on and clean some stuff up as far as putting the tools away. 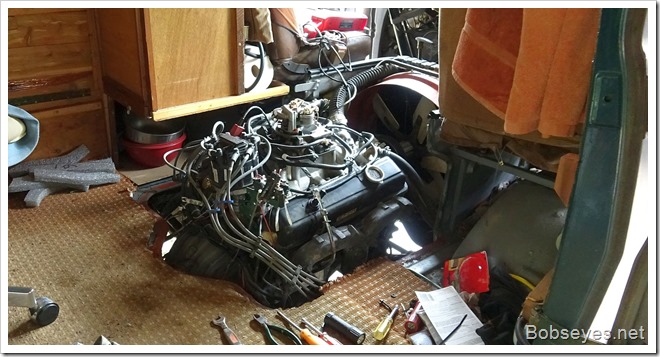 I left the rest of that job for another day and started working on the garden enclosure. I was putting some chicken wire onto the enclosure. I had a one foot wide roll of wire I was stringing onto the rebar pieces along the bottoms. 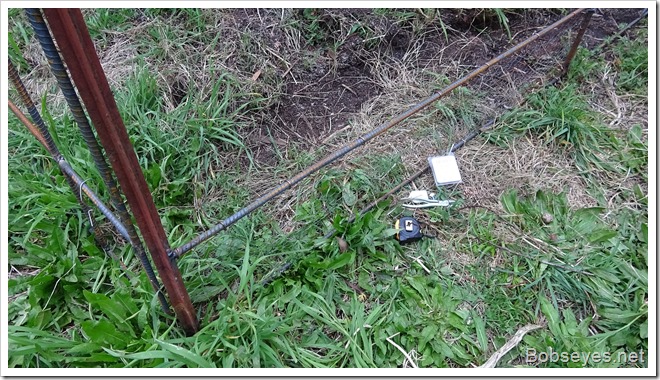 I’m using these fence clips they call shoats and the special pliers to crimp the rings. You can see where I used the clips to hook the wire to the rebar. You just put a clip in the pliers and crimp the clips around the rebar. Works pretty good. 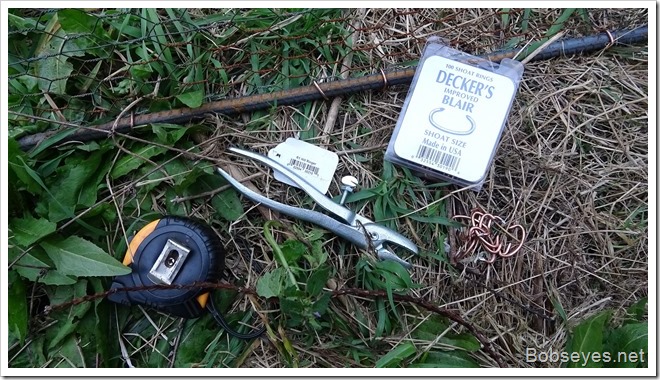 Here’s some I did on the upper part. I don’t have enough of this one foot wide wire so I’ll have to get some more as well as more rebar to finish this job. 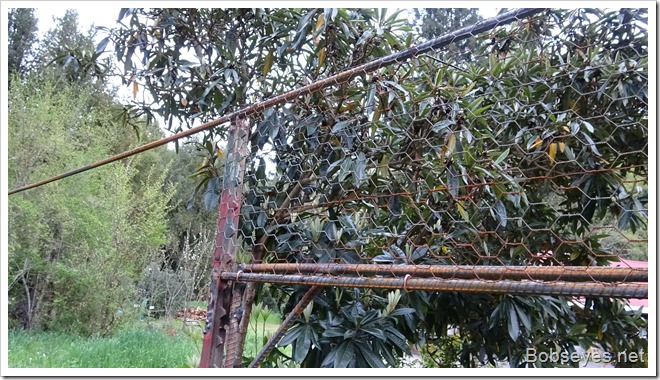 I was loosing my light as I put the last clips on for the day. I did notice the cherry trees are starting to bloom which isn’t so good as we are expecting a couple days or so of rain coming up which may ruin any chance of a cherry crop. 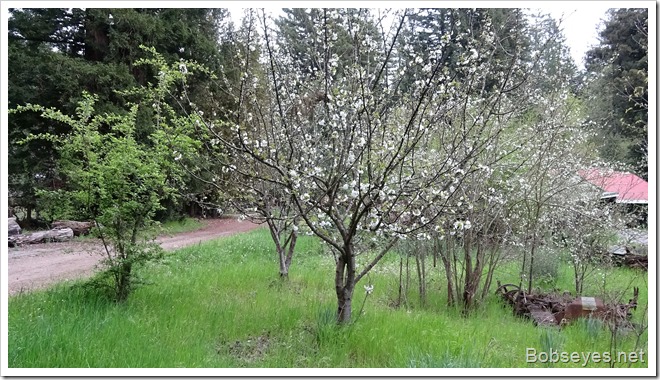 It was a nice temperature out so I sat around the yard until it got good and dark and then went in for the day.

Nice day and I was glad to get the van engine done.