Once I got it going this morning I went out and pulled some weeds to feed the chickens and checked their water and feed. I noticed the chicks pen could use some new mulch as they really wear the ground down to mud feeding and scratching all the dirt.

Thinking about the job and doing it

I procrastinated on the Toyota fuse block replacement for a couple of hours, but finally hooked up the battery and got my meter out to do some measurements and figure out if I  had the wires hooked up right or not. I did have them all hooked up right. However there was an extra one that I had added a long time ago that went towards the back of the rig that didn’t seem to be needed right now so I left it unhooked for now.

Here’s the new fuse blocks and my meter getting ready to check out all the wires. 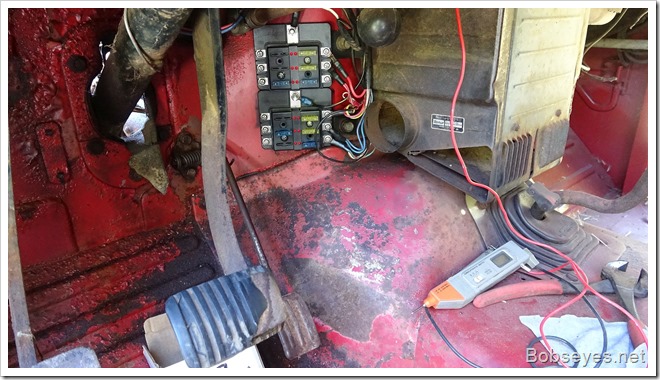 Once I was sure all the wires where hooked up correctly I added some fuses and checked things out again with the meter to make sure it was all working right and it was.

Finishing up that project

Here’s the wired up and fused blocks finished off for now. I had to use two fuse blocks as the top one is always powered up and the lower one is only powered up when the key is on so I have lots of spare hookup fuses. 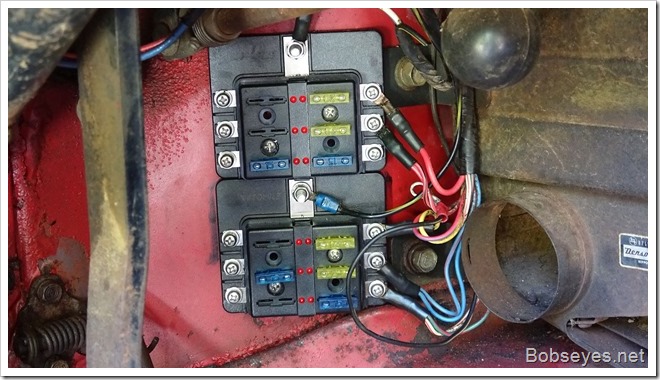 I tried the key and the starter and it worked but I didn’t bother to start the engine for now as the brake master cylinder needs to be replaced before I can move it.

Next is the master brake cylinder

At least that was done and I can get onto the next part which is the  master brake cylinder replacement which I have sitting in it’s shipping box and ready to go.

Moving leaves and woodchips to the garden

I used the wheelbarrow to move leaf and woodchips to the potato patch and garden area and then let the chickens into it to do their thing. 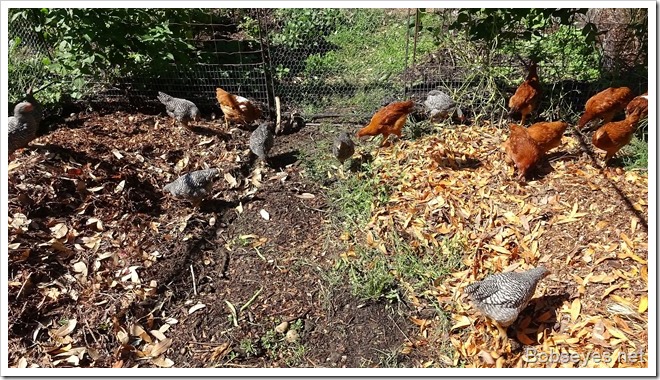 I plan to  plant some potatoes in their soon, maybe tomorrow.

I also put some mulch and woodchips in the peeps pen as it was also getting a bit muddy. They started scratching through the mulch right away spreading it out. 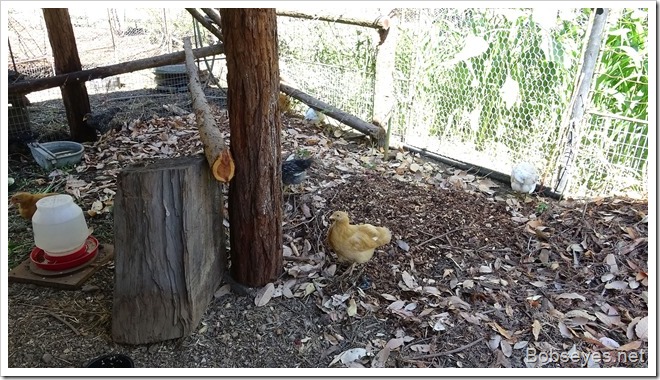 I was watching some prunes my brother had drying in  my yard. The honey bees were getting into them and eating them up filling them full of holes.

He had some netting on the drying prunes, but it had a couple holes in it that the bees had found so it wasn’t doing much good. I tired to fix it but the chicken wire he’d put under it  had sharp ends that were making new holes as fast as I moved the clothe.

So I finally moved all the chicken wire off the drying prunes and was able to get some clothe over the prunes without making new holes in it.

That mostly detoured the bees, but some where landing on the clothe and trying to eat right through it to the prunes, but at least this was much improved and they weren’t making big holes in the prunes.

Making some bone broth thanks to John

Late in the afternoon John came by with some bones from a deer carcass he’d skinned out. We sat around and shot the bull for a bit. John’s getting older like me and  doesn’t know enough to slow down as his body can’t keep up with what he wants to do any more. Like me, he has to slow up to continue to do things we used to do more easily, but he hasn’t been able to make that transition and is just breaking his body down more.

No body beats it

He’ll have to learn as there is no denying older age no matter how hard you try. You will slow down and things will get harder to do no matter what, and no one has ever beaten that problem, ever. :O)

I’ll put some of the bones in my pressure cooker and make a nice venison broth out of it and there’s a bit of meat that falls off the bones once cooked. Added to my pot of vegetable soup makes for some good eating. No corn of course, yummmmm.

Prepping the bones for cooking

I do have to cut the bones down to pot size using my power band hand hack saw so I did that just before dark to avoid any possible yellow jacket problems. I’ll freeze what bones I don’t use in the first pot so it will last a bit as I can make some more batches later. Having this relieves me from having to eat any chickens yet and gives them more time to get some meat on them.