Finishing Up the Chicken Grazing Pen and Plucking a Chicken

I didn’t have much to do to mostly finish up the chicken grazing pen today but it took a bit to get started. I did some chair hopping until I was ready to work.

Here’s a panel I made with some rebar. This will be removable to get a tractor or whatever into the pen. 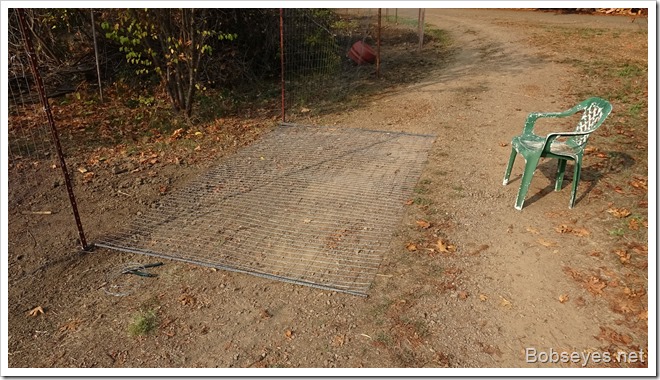 I have some dirt there I might need to move and I might bring some more compost into this area to mix with the dirt so that’s why the big removable panel. 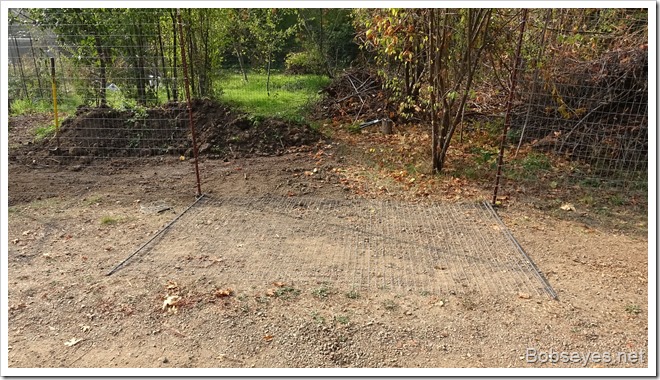 I got the panel installed. 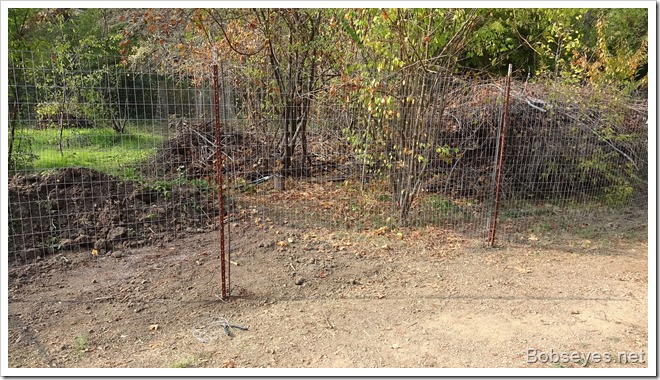 I made what we used to call a Portuguese gate which is a temporary gate that is sorta wired up, but easy to undo. The loop wire at the top of the rebar is what holds it up and is easy to take off to open it up. There’s a similar loop at the bottom of the rebar that it goes into to keep the bottom tight. 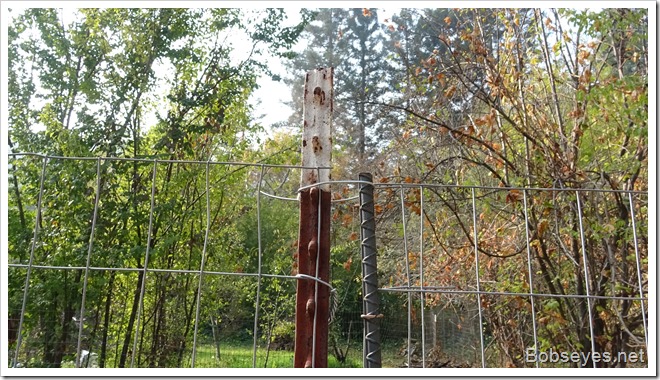 It’s hard to see but I put a temporary fence in here to divide the green grass from the dirt where I need to get things growing yet. 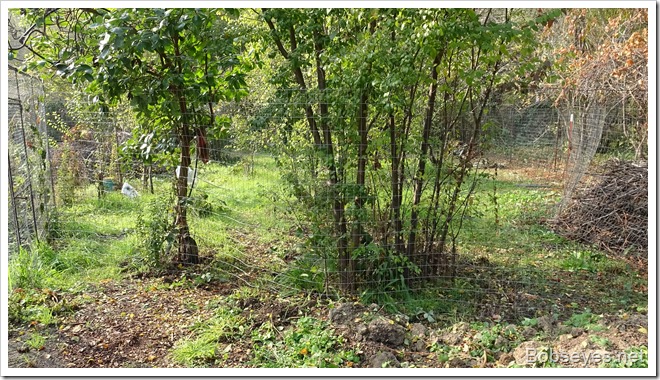 Here’s the dirt part that needs to get some grass growing in it so I need to keep the chickens out of this part for now. 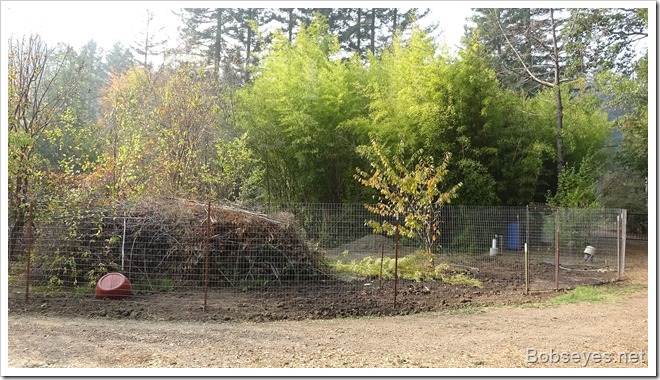 Time to butcher a chicken

After that was done I selected a big rooster chicken and took it to the butcher block. This one I decided to pluck the hard way. I didn’t use hot water to loosen the feathers, but just started pulling feathers to see how it would go.

It took about a half hour to pluck the bird and clean it up. This bird was especially hard to do as the birds are getting their winter feathers which means there are a lot of little pin feathers to pull out as the feathers aren’t all developed yet. This took most of the time. With the pin feathers this bird would have been easier to just skin. But I wanted all the fat that was under the skin like I saw on the last bird I skinned.

Should have skinned it

But I really should have skinned this bird as it didn’t have much skin fat, but it did have a bunch of fat in it’s cavity near the rear so I really didn’t have to pluck it. I’m learning.

Once I had the bird all cleaned up I went in and put it in a pressure cooker with some onions and potatoes and a bunch of water to make some good broth and waited around until it was cooked up.

Letting the chickens in the new grazing pen

About an hour and a half before dark I let the chickens into the new grazing pen. 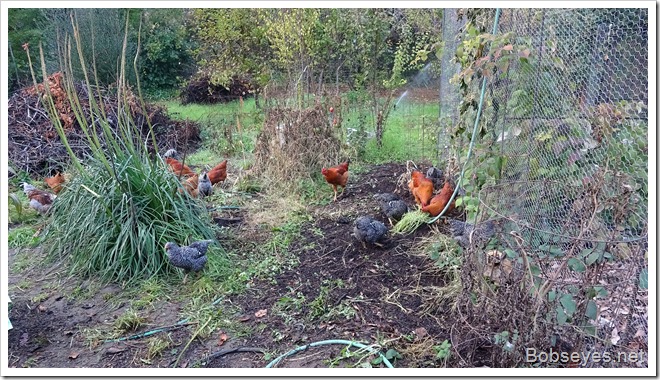 They were having a good time scratching and eating away. 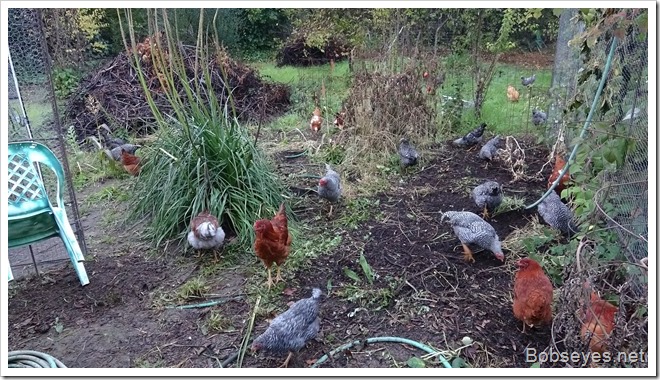 I had the sprinkler on here, but once I shut it off they moved right into this grassy area. 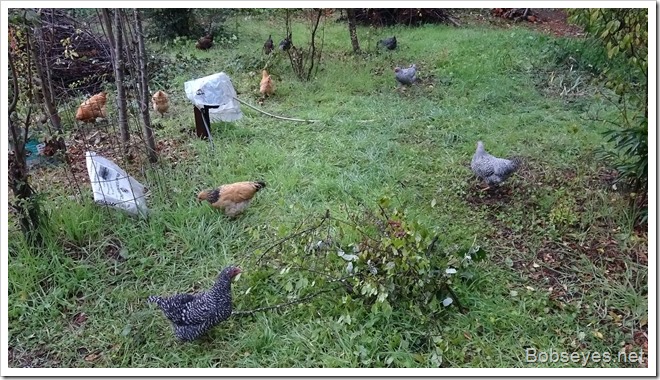 Once the day cools down the chickens head to their roost so all I  have to do is wait and then lock them into their pen for the night.