Finishing Up Some Spring Yard Work

I had one more wheelbarrow load of raspberry plants I had dug up the other day and I wanted to get them planted in the raspberry patch. I’m tired of transplanting berries and this would finish off the job so I got right at it first thing.

Fruits of  my labor

I didn’t do a real good job of transplanting the plants but I did get them in the ground and now I think I have all the transplanting done for this spring. Now it’s time to wait and enjoy the fruits of my labors.

One of the other things I’ve been meaning to do is move some mulched dirt to some of my cherry trees that the chickens have been scratching around the roots too much and were uncovering them.

I had a pile of good mulch dirt under one of my redwood trees that wasn’t far from the cherry trees so I got the wheelbarrow and loaded it it about 8 times. 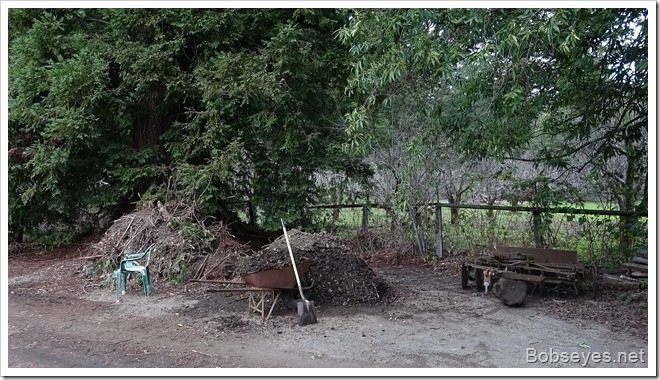 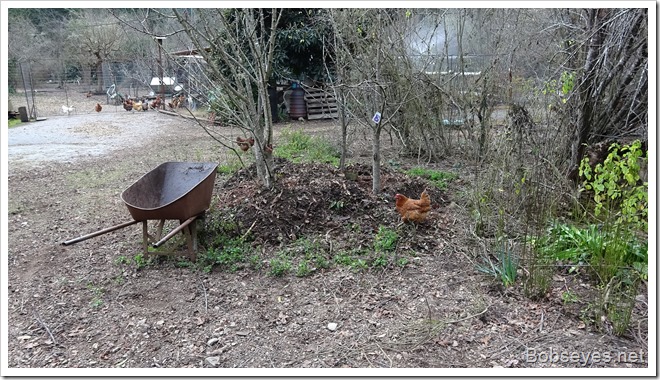 Late in the day I let the rest of the chickens into the front yard area to spread things out. 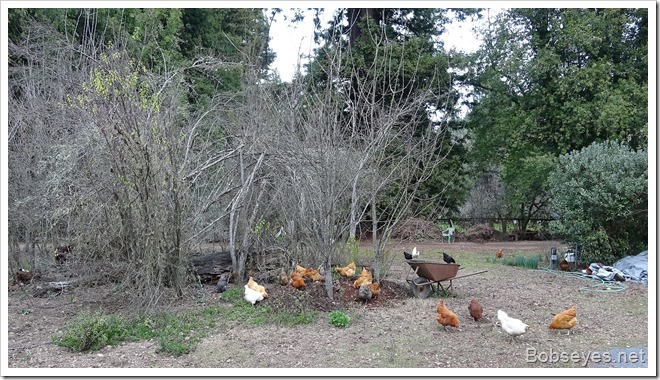 They did a little  spreading but soon left to tear up other parts of the yard and didn’t get the job done, soooooo.

I got some chicken seed feed and spread it out on the mulch dirt and let them have another go at it. They did better but I think it will take a few days to get the job done, so I’ll just have to be patient. 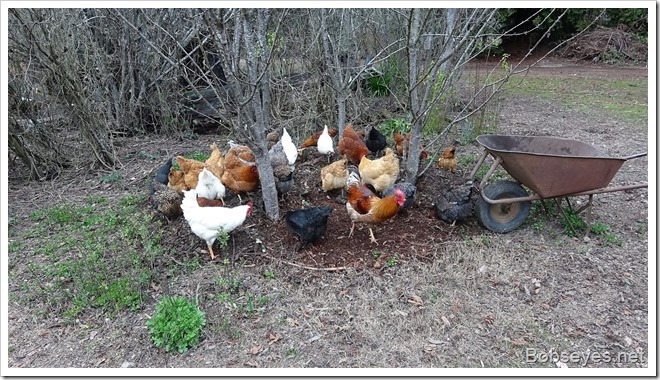 I also wanted to get some fertilizer on my newly planted strawberries and also on the blueberry bushes so I loaded up the sprinkler fertilizer cartridge and turned on the water. I think I have every thing done for those berries and will eagerly wait for them to produce some berries for me. 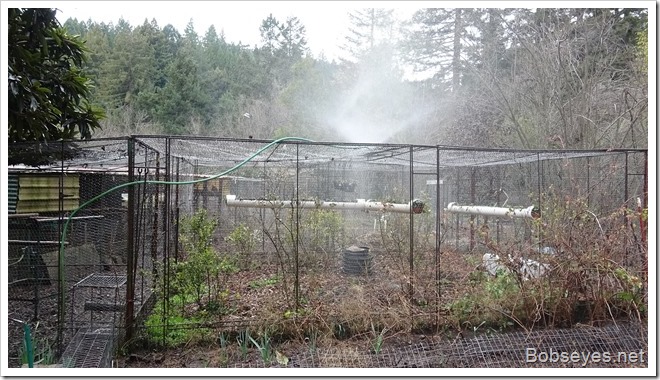 It was a bit over cast today but the sun did show itself  late in the day for an hour or so which was nice. So I did some chair hopping and just sat around and enjoyed watching the chickens do their thing.

Now I  had one more thing I wanted to do today and that was to combine my older chickens with the younger chickens. I do this by shutting down the young chickens pen by just shutting the doors to that pen.

That means when the chickens come into roost for the night they will all have to resettle in the adult chickens roost which can be a bit confusing for the younger birds.

So in this case I check on them a few times to see if all is well and all the chickens are on the roost together. After a couple checks all the birds made it except for one of them that was in an egg laying box. I carried it to the roost. Since it was dark by now and they don’t move around much in the dark they all stayed there and should all be just fine.