Finished The Fire Rehab Work and Chickens Out

I just had a little more forest fire rehab work to do maybe a couple hours. I wanted to get it done as we have some rain coming in tomorrow night.

I really wanted to go down to the river for a paddle but I postponed that until tomorrow if the rain doesn’t start too soon.

I try to keep the fuel up in the dozer’s fuel tank so I filled up my fuel container and took it up with me. That’s the first thing I do is add the fuel and then while the dozer is warming up I grease a few grease fittings on the blade and it’s ready to go. 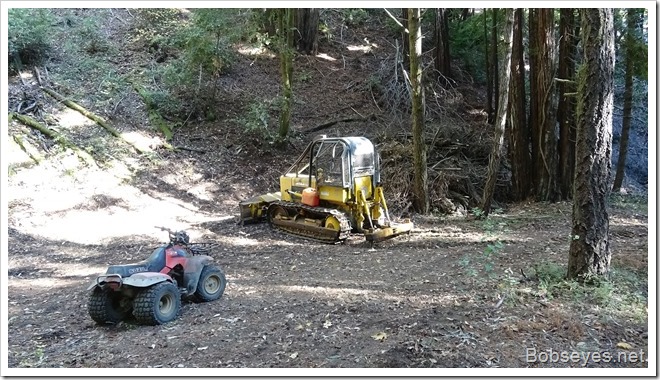 I rode up to a ridge top and did some minor smoothing out and out sloping to get any rain water off the road instead of letting it run down the road and washing things out.

The ridge road was narrow with lots of trees but at least it wasn’t steep like some of the other fire breaks. 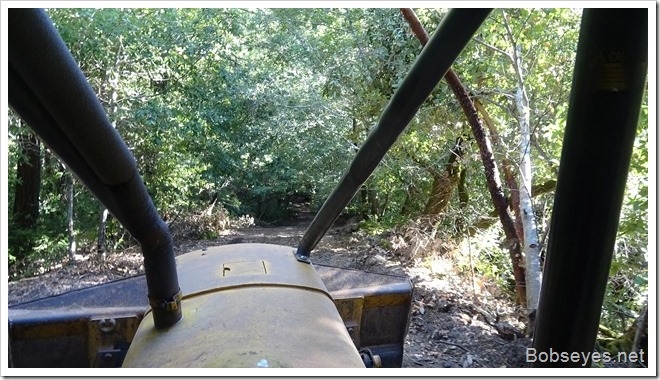 That didn’t take long and I was back down the hill so parked the dozer near one of my brother’s gardens. 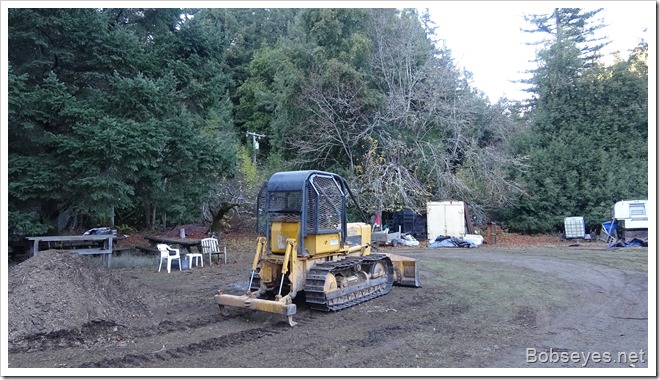 Then I went over to where the apple trees were and picked a couple yummy apples. Some of them are rotten but there’s still lots of crispy tasty ones left on the tree. 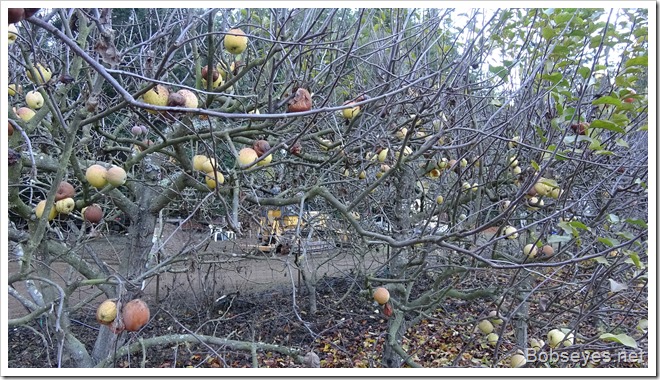 I had to walk about a mile back up the forest road to get my quad runner which I did and rode it on home for a nap.

I left my cell phone with my chicken partner Dominique so she could get it to hook up to the internet and use it for the phone when I didn’t have a cell lock which I rarely do living in the hills with all the big trees so I went over to see how she made out. She said she had it all working so I went home to try it out but I couldn’t make it work so I took it back and she showed me a thing or two so I went back home and still had problems so I’ll have to have a little class with her when I get time.

I was sitting in my house when my brother who lives next door knocks and says about five of my chickens are still out and over at his house and can’t seem to find their way home.

So I went over with him and he pointed out five chickens in the creek.  4 were young ones and one of them was Doris an older chicken that should have been able to find her way home.

I chased the young ones around for a bit without success when my brother says to open a gate into my raspberry patch and maybe they’ll go in there. With a bit more work they seemed to know to go through there. At least that was closer to home.

I still had Doris to find but I thought she might have gone home so I looked on the roost but no Doris so I went back and found her hunkered down by the creek likely in a safe spot. I was able to get to her and picked her up and carried her back to the roost.

I checked the pen the other 4 chickens went into but couldn’t find them so I think they must of  made it back to the roost. It was getting too dark to really see much so I went over and shut all the chickens up for the night.

1 Response to Finished The Fire Rehab Work and Chickens Out