I needed to put some fertilizer on the woodchip mulch I put in the raspberry patch the other day as the woodchips are supposed to use up lots of the nitrogen in the ground and fertilizing the chips will just make them that much better.

I used this contraption to add the fertilizer to the sprinkler water. 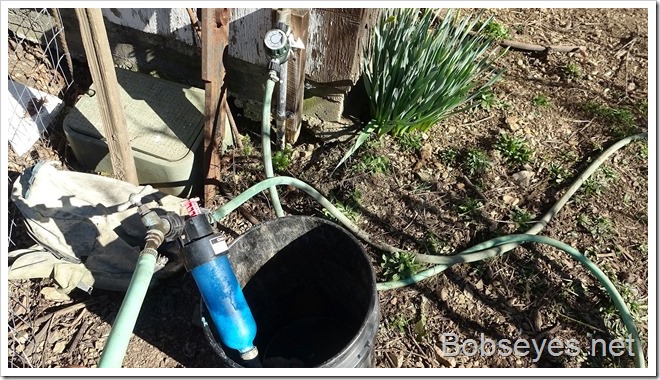 This is where I wanted to fertilize but first I had to wait a couple hours to finish watering somewhere else. 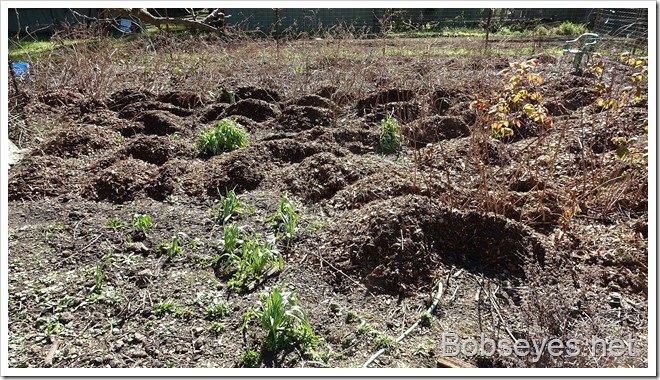 Next I put the new hoses on the propane line that goes to my heater in the van. I got it all clamped together and installed but not tested for leaks yet. 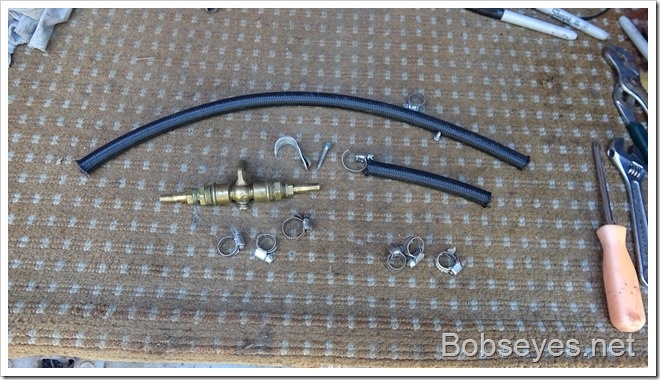 Once that was finished it was time to turn the sprinkler on in the raspberry patch. 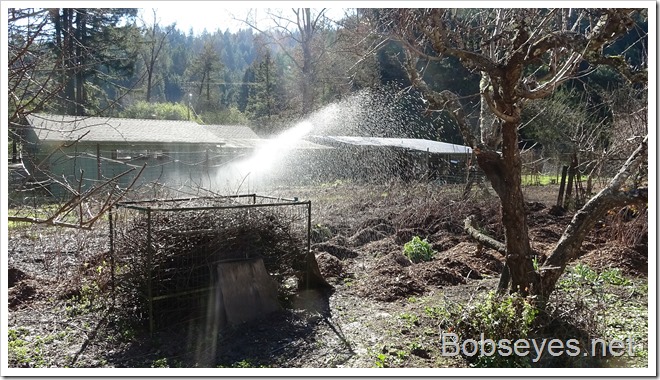 The Daffodils are coming up here too. 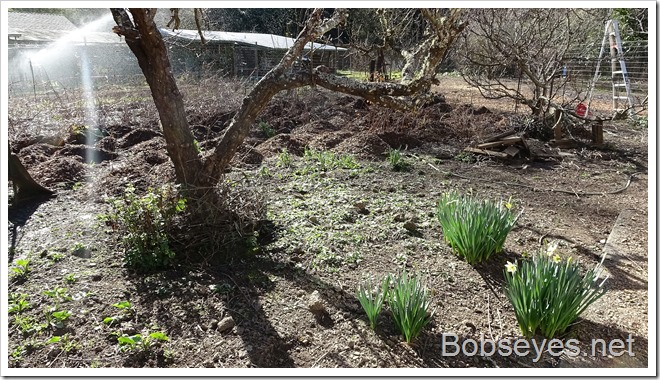 Next was a break and some chair hopping around the yard.

I took three and a half loads of fertilized dirt out of this chicken pen and put it on some fruit trees. 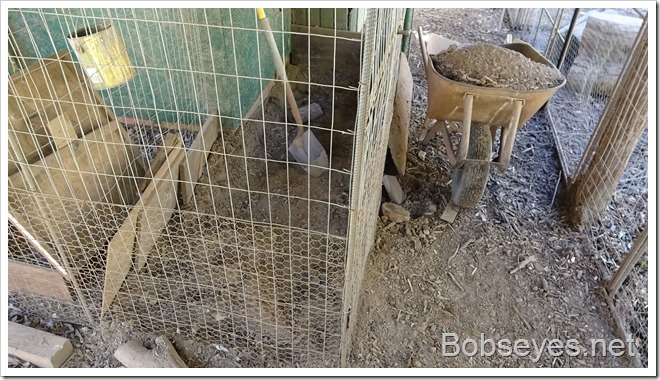 And I put woodchips in that pen and this other one. 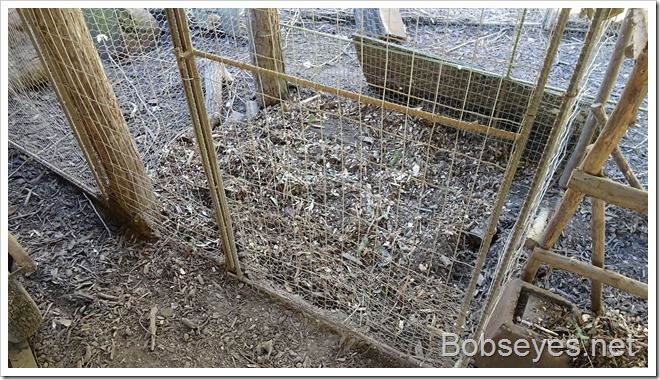 After that I sat around the yard, just enjoying the day until the sun went over the hills to the west about four o’clock.

I was going to take the dirt bike up into the hills and mulch the trail where I removed the part of the big stump with some redwood mulch I obtain under the redwood trees.

But somehow I hopped on the quad runner by mistake and found  myself riding up the road on the quad. That’s ok, as I only wanted to take the dirt bike to not take the tools up there that were on the quad as I was tired out enough today and I don’t want to use them.

Anyway I made it up to here where I parked and walked up the trail and put some redwood mulch on the trail where I was working. 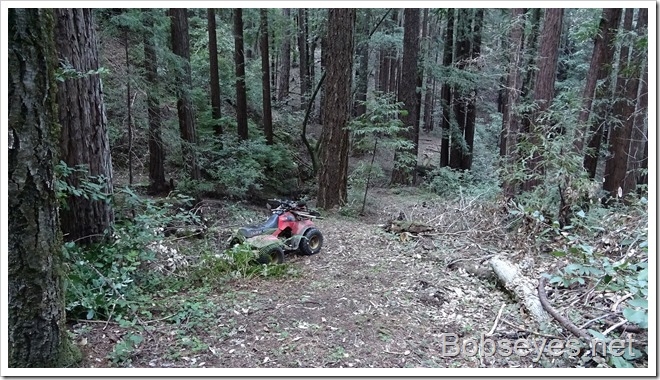 That didn’t take long then I rode over to here and put some small logs along the trail to  mark where it is on this spot I repaired that got washed out during a big rain storm. 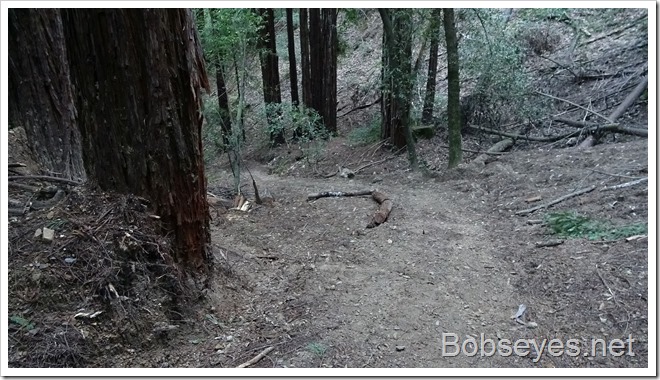 Then I rode up to  here and stopped to check out the trail a bit and throw some stuff off it. 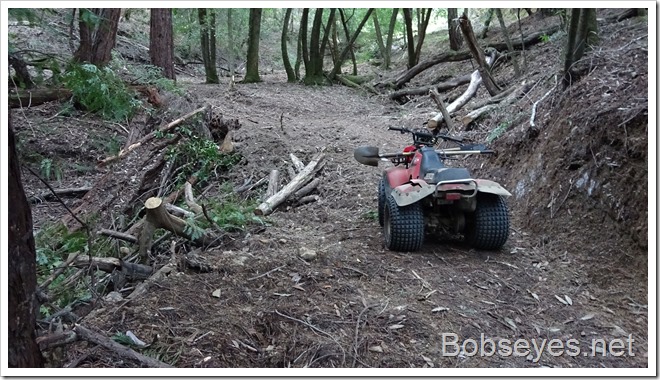 And hen rode on up to here and stopped. As long as I had the chain saw on the quad I stopped to cut up these logs a bit to get them off the road. 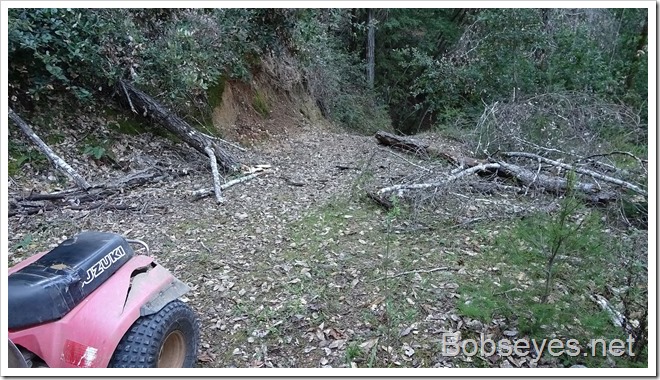 Then I rode on down this road to a place I knew there was another tree across the road. 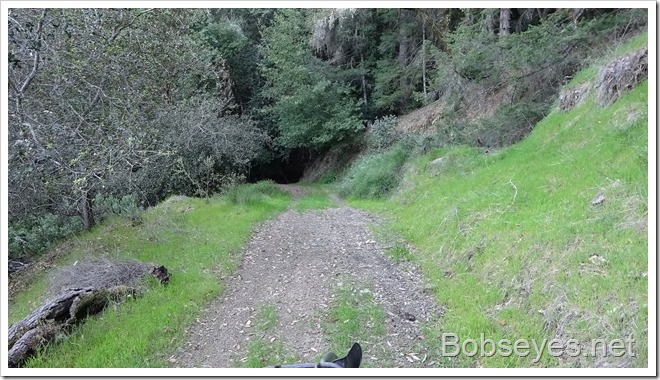 On the way, I stopped to throw sticks and rocks off this road for a few hundred yards. 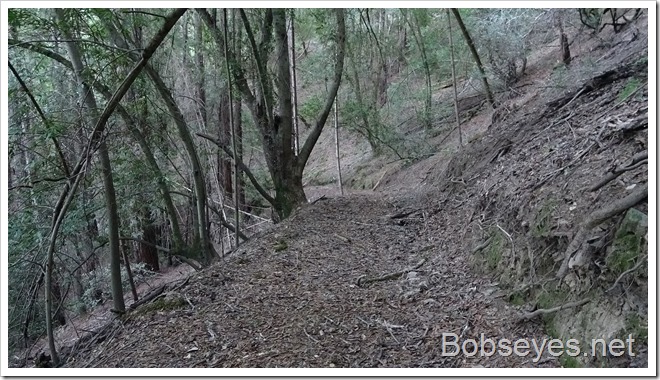 And I made it to the tree across the road and cut it into pieces so I could throw it off the road. 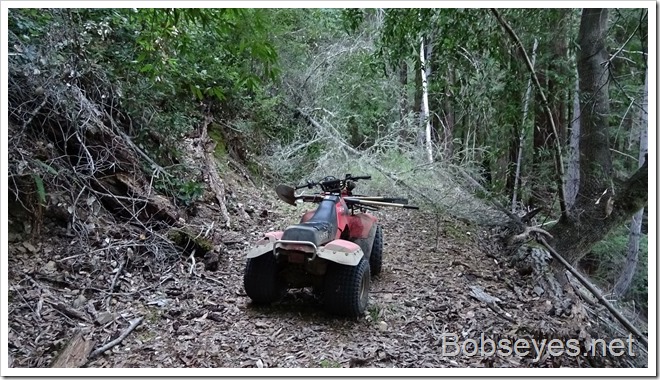 Well that was all more work than I had planned to do so now I was beat and headed on home going by these big fern on the way home. 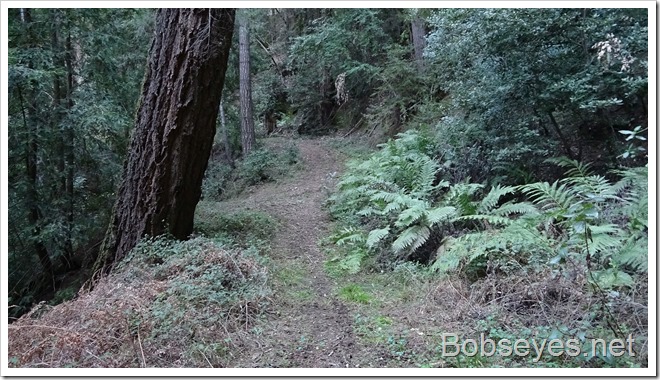 I got more exercise than I expected today, just puttering with stuff.