I needed to move some fences around and gates too. This would improve the chicken’s grazing pen and free up one of the gates that I need to make one more little pen in the chicks pen. I need an isolation pen and a small chick feeding pen which I can do making one more pen as it will work for both of them and I need a gate so I’m dong the fence stuff to get one.

Here’s one of the gates I will be moving. 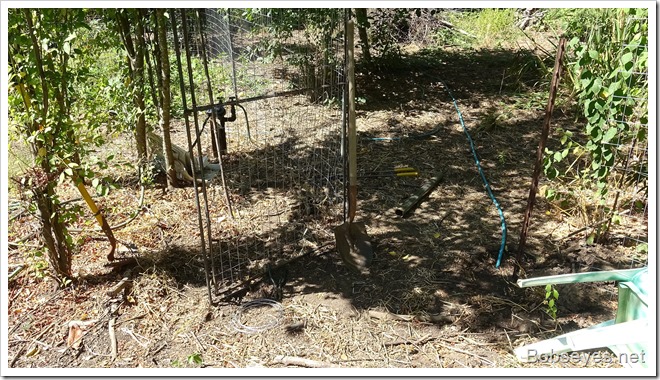 I got the tools out and started moving things around. 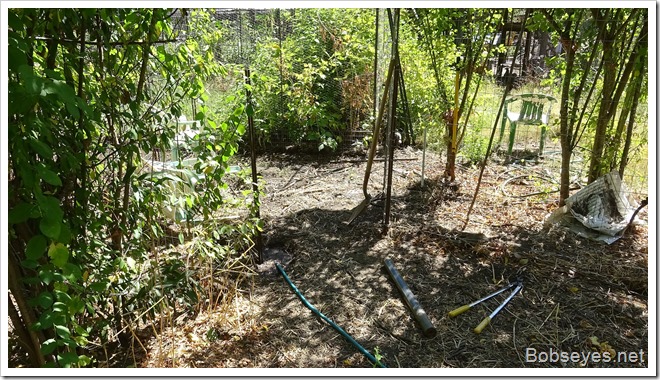 This fence up too

I also had to put this fence back up to it’s new spot and move a gate here which I did. 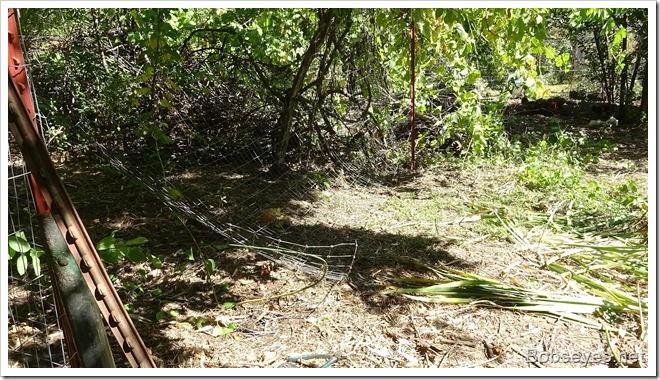 I got all that done and now have a small walk through gate to use in the pens.

Next up was putting a latch on the new gate extension I’ve been working on. I decided to use a pipe slider type latch as I wanted something that would be easy as I go through this gate a lot. 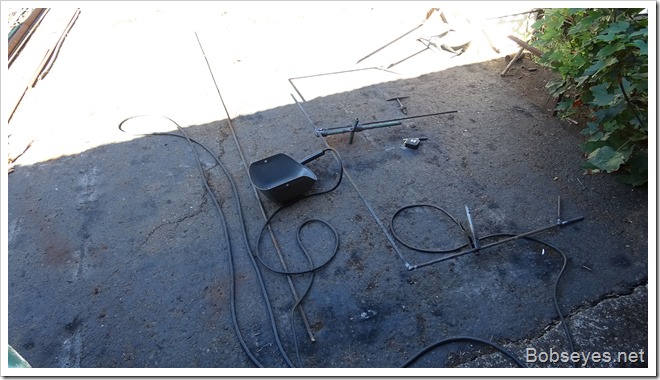 My chickens have been laying fewer eggs lately and I think it’s because they aren’t getting high enough protein, mostly because I have to avoid feeds with corn in them and they tend to eat up most of the bugs and worms in the yard where they can get higher protein.

So I decided to open up the raspberry patch to them today as there’s lots of goodies in there as they haven’t been in there for awhile now. 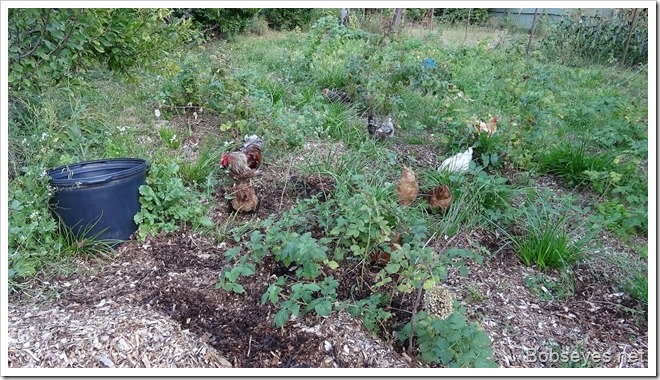 The dirt bike needed it’s battery charged up and I needed to check the water gauge on our water tanks so I rode it up to the tanks to check the gauge on the side of the tank. 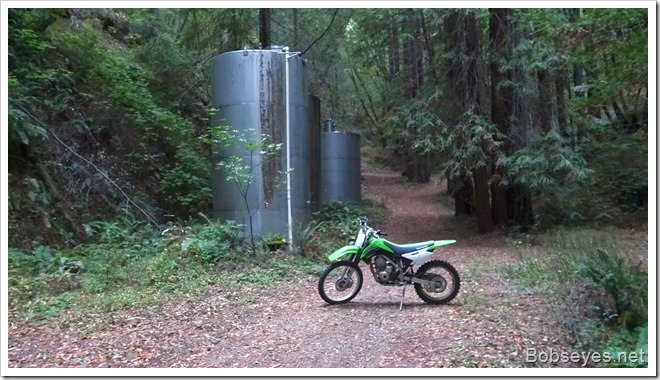 That pink thing on the side of the tank is the gauge and it says the tanks are down about four feet from the top. Not bad but I was expecting better with the extra water I’ve been adding lately. But at the same time some of the springs are slowing down for the year. 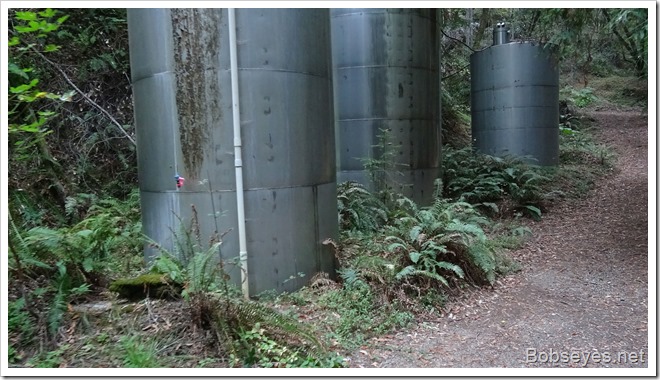 I decided to ride up to the pig wallow spring and blow in the pipe again to clear the spring out.

Here’s the wallow spring. The wild pigs like to wallow in this spot when they are in our area. The spring is at that white pipe coming out of the hill. It was fairly dirty but cleaned up and flowed good. I may have to pull this spring out and redo it to improve it. 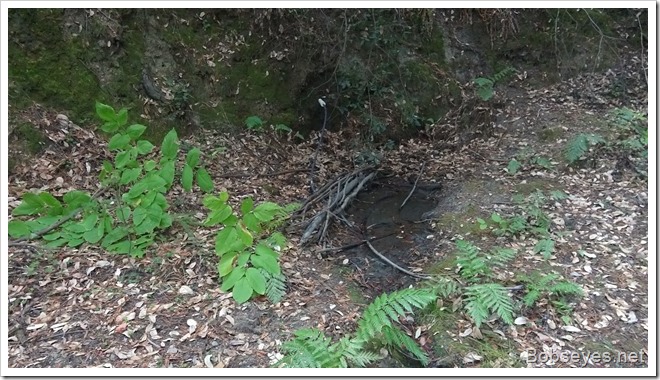 I headed on home from there and checked on the chickens in the raspberry patch.

They seem to be doing just fine scratching away. 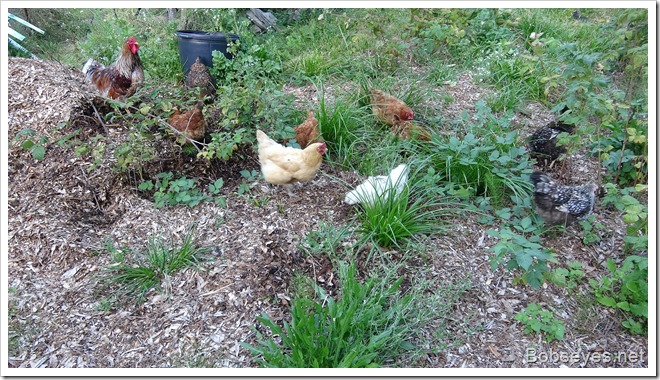 I did some more work on the bulkhead project making some more cuts on the metal pieces and I got the arc welder out and setup. Now I need to test the arc welder to see if it works as it’s been sitting for a number of years under damp conditions so it might not work without some work.

I got a lot of little things done today that needed done to get some other projects completed.