Right away I started putting up the fence wire on this fence I’ve been working on to control where the chickens can go. I spent a good part of the day working on that and still have to tidy some things up to get it all done but good enough for now. 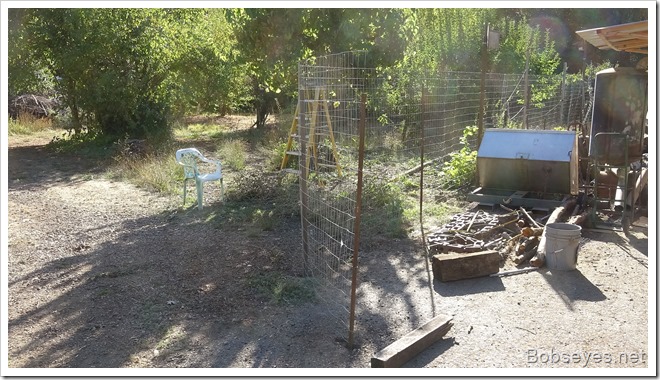 My new gate pipe slider latch needed the bumps removed from the rebar to  make it work smoother so I got out the disc sander and smoothed out the rebar until it worked better.

Bumps sanded off the rebar on the gate latch. Maybe a little paint would be good. 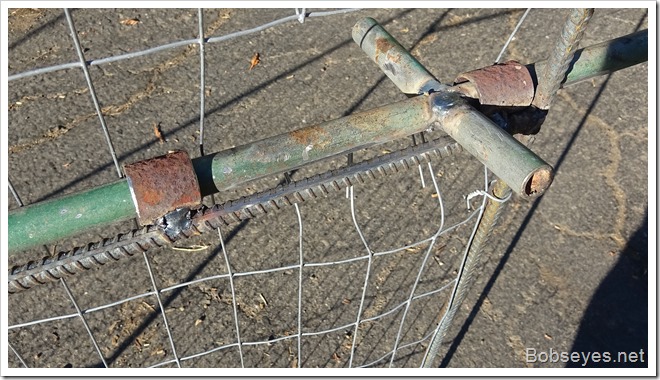 I checked on the chickens throughout the day to see how they were doing.

Seems they were doing well shooting the bull around the watering dish. 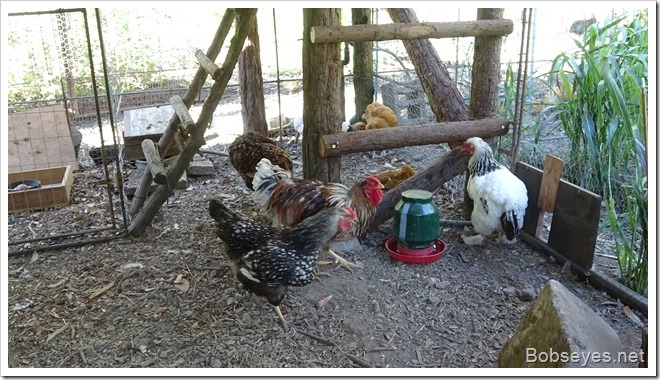 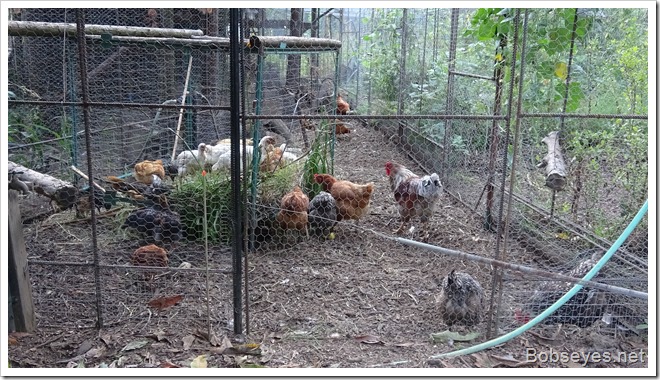 I worked on the bulk head job doing some cutting and digging and planning so I can get that job done. I still have lots to do on that but a little at a time is the way to get it all done.

Rat proof feeder cleaning out for the chicks

Just before dark I cleaned out the mid grown chick feeder as it needed it. This is a rat proof feeder I made for mid sized chicks which works fairly well.

I put in six dishes of feed of each feed, oats, barley, millet, milo, barley bran and oil sun flower seeds to see which they prefer. 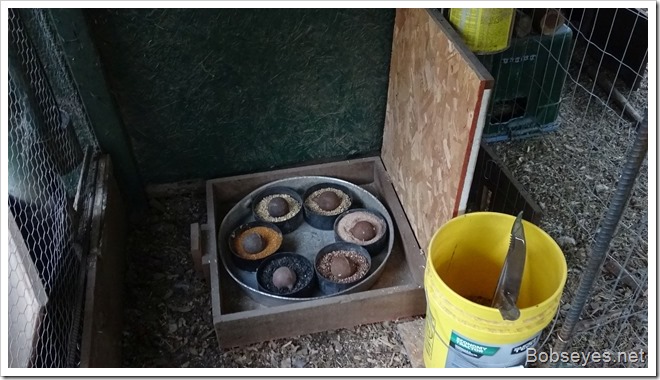 Good use for ocean fishing weights

I put some ocean fishing weights in each dish to hold it down and prevent the chicks from scratching feed out of each dish. 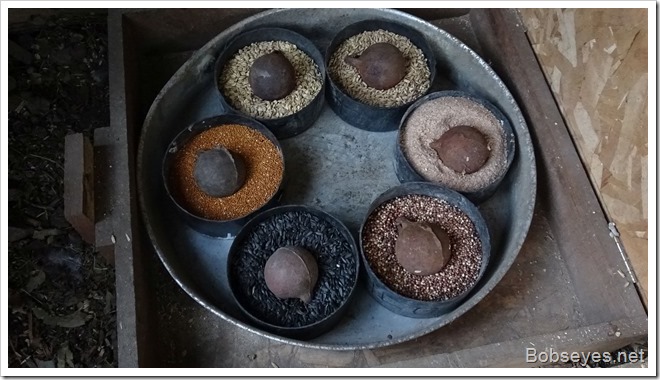 And just before dark I did some chair hopping around the yard sitting in front of this big woodchip and redwood leaf pile I’m mulching out waiting for it to heat up as it should soon as I watered the pile a while back to hopefully get the mulching started.

Nice day puttering around getting stuff done in the yard.