Feeling Better and Checking Out the Pounding Big Ocean Waves

I was feeling better this morning so I thought I better get on down for a yak before the next storm came in.

I checked the chicken’s feed and water then headed on down that way.

It was mostly overcast with the sun trying to break through every once in awhile. The wind was down but there was a cool breeze coming down the river.

I put the boat in the water and paddled across to Penny Island to make up my mind which way to go today, up or down?

Once I made it to the edge of the island I get a better perspective of things. I felt a cool breeze coming down the river so I was thinking about paddling down to the mouth area. 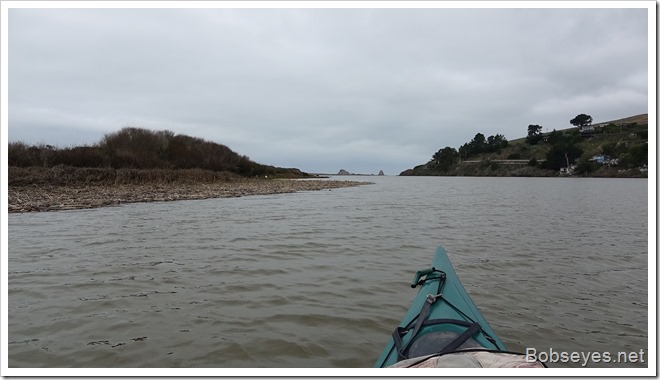 Looking down that way with a bit of zoom I could see and hear the ocean pounding away with big waves breaking over the rocks. 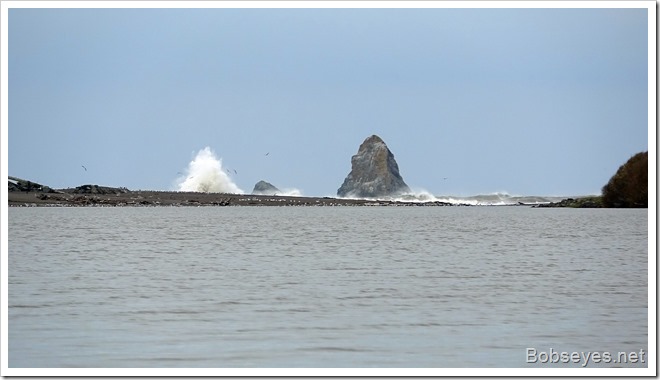 I headed down along the edge of the island going by this great blue heron resting and doing some fishing too. 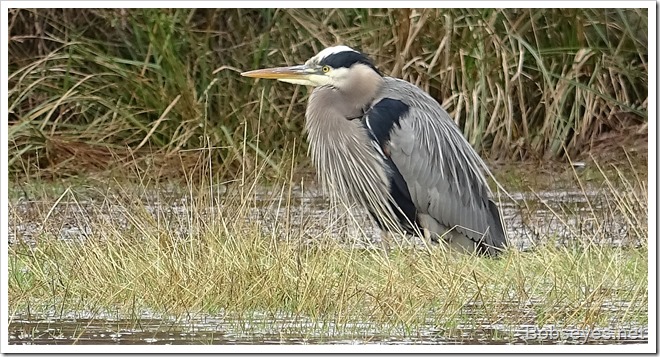 Nearby was this great white egret doing a bit of preening. 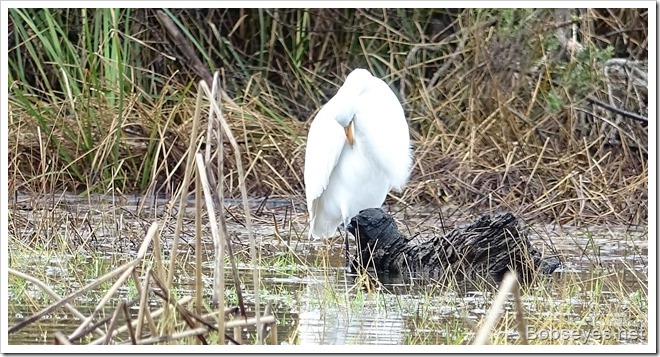 Always nice when the wind is down

I stopped at this spot along the island and had another look at things. 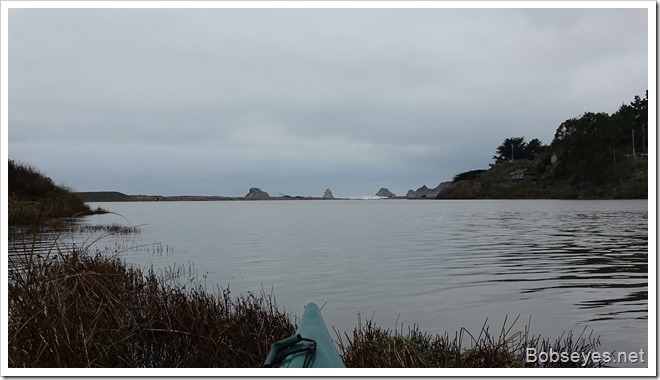 I veered off the lower end of the island and started crossing the river over to the mouth area about a quarter mile or so. 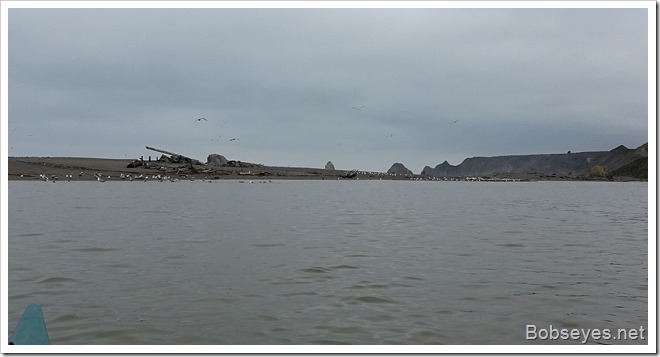 I worked my way in front of the open mouth not too close as there was a strong current in the water spilling into the ocean even though it was high tide. Lots of rain water coming down the river right now.

On the right side of the open mouth I could see a bunch of harbor seals taking it easy resting and likely digesting whatever it was they ate this morning. 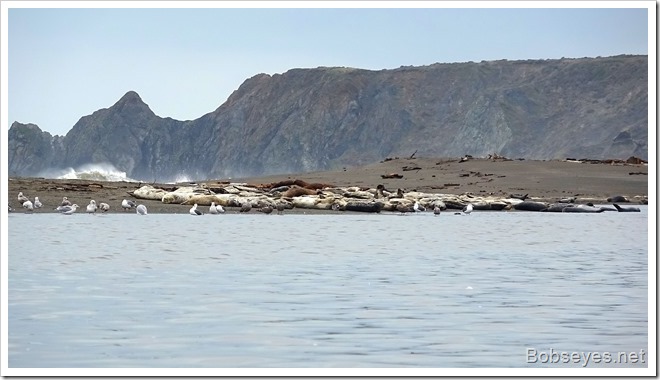 And on the left were a bunch more harbor seals doing the same. 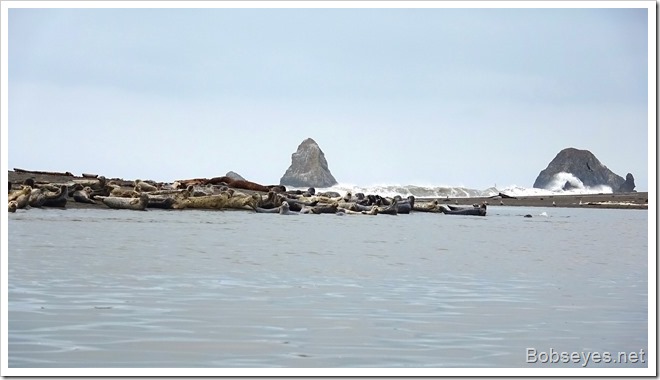 I watched the big waves breaking from the ocean. Nice and calm in the river but not out in the ocean. That’s why I never go out there. I know where it’s safe. But the visuals here are always very good especially from my angle. 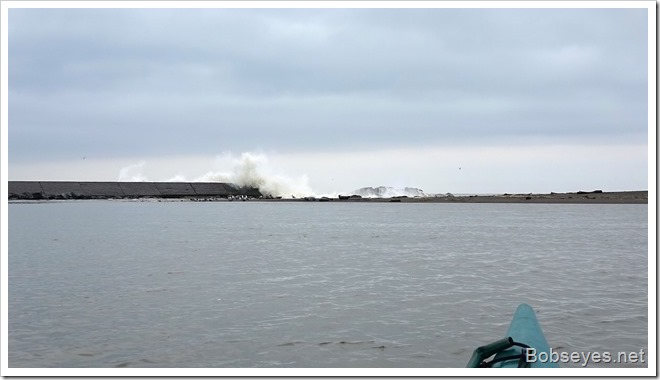 See what I mean. Ocean waves breaking around some seals and birds by the jetty. 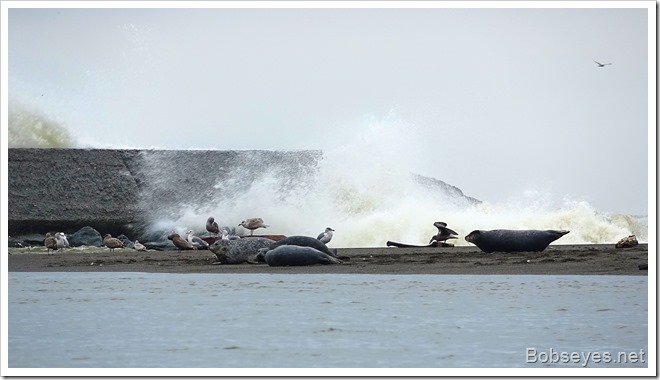 A couple of people walking on the beach spooked the seagulls into the air. 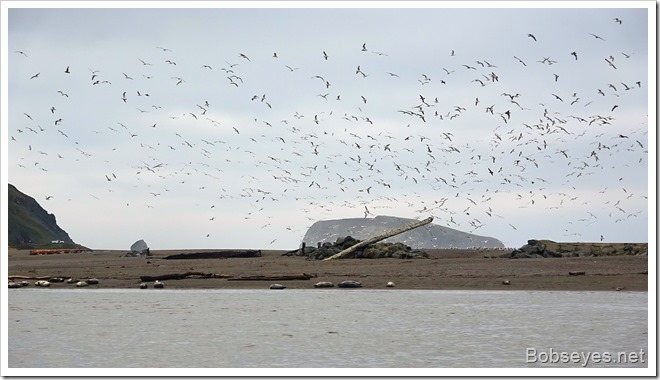 Up along the island

After an hour or so I paddled away from the mouth area and headed to the back channel of Penny Island and started up it. 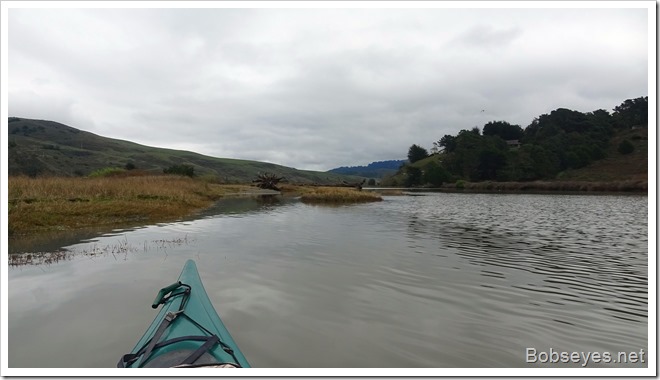 I sat here for a bit by this huge skull. I think it was a stumpasorous. They must of been huge. 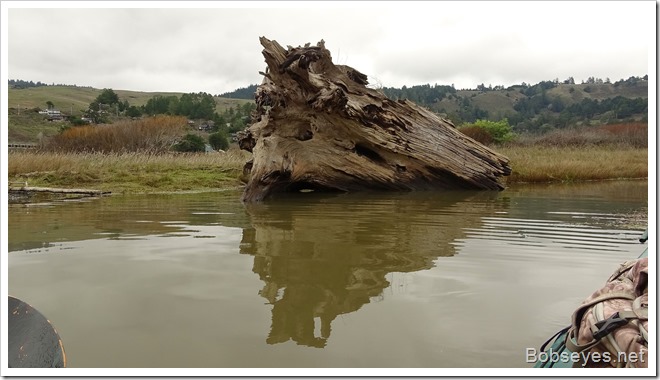 Just past that skull I took a picture of these bones from another huge beast. 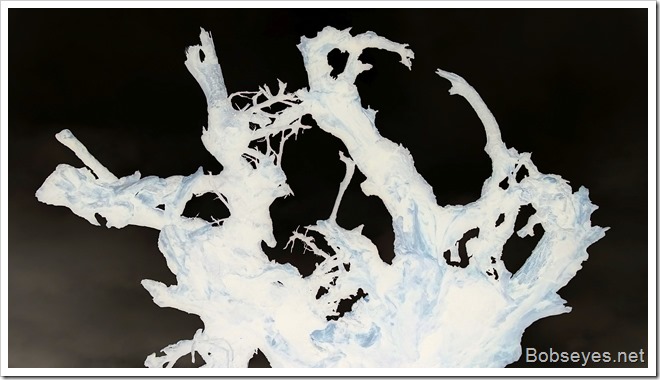 This is the lower section of that beast. 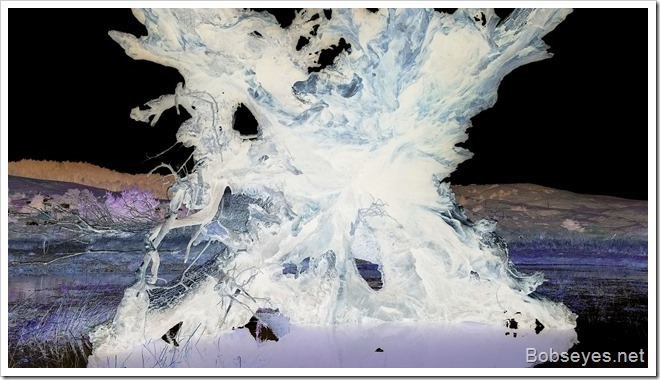 I continued on up the backside of the island and paddled into this little channel on the upper end of the island were I like to stop for a bit as it’s always nice here. 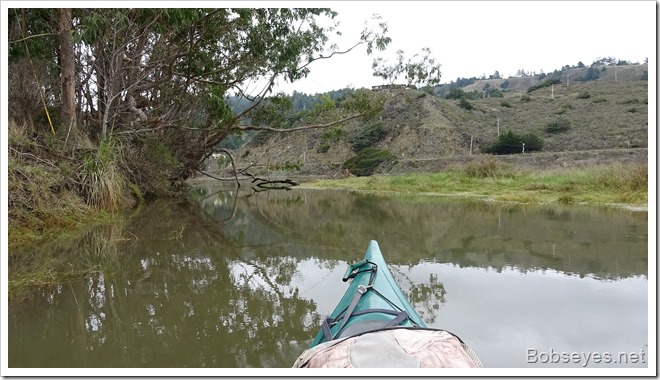 After awhile I headed on in and went on home for the day.

The day was still early so I thought I could get something done. I’ve been wanting to get some more gates welded up. I had three of them that I’d already cut up the rebar to size so I got the welder stuff out and started welding them up, resting between each gate to give my back a break.

I kept at it as I wanted to get them done.

The completed rebar gates ready for some wire which I will do at another time. I was happy to get this far on them. 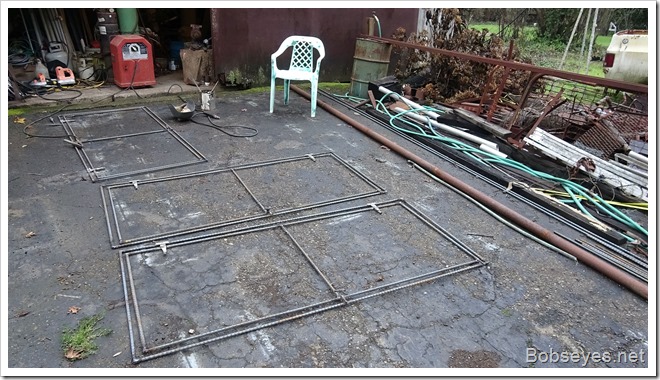 And it I let the squawking chickens out as it was time and they knew it.