Fall Paddle at Jenner With Ray and John

As I pulled into the Jenner parking lot today I could see Ray and John’s trucks were parked and they were on the boat ramp so I joined them for a nice yak today.

We headed on down the river about a mile headed to the river’s mouth at the ocean just up ahead. 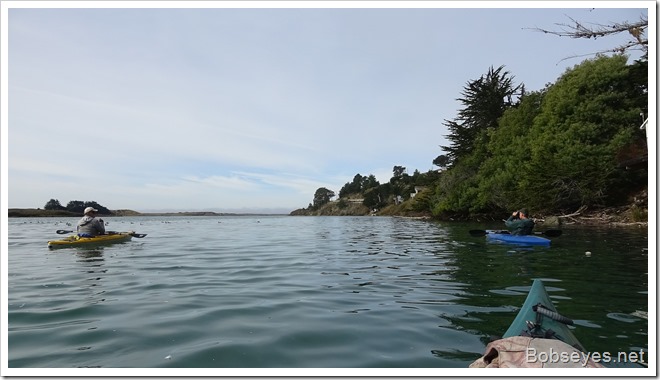 I was surprised to see this bird down here at Jenner. I  usually see these birds up river in small numbers. A green night heron I think. It flew from  the trees by the water up to this house and was keeping an eye on us. 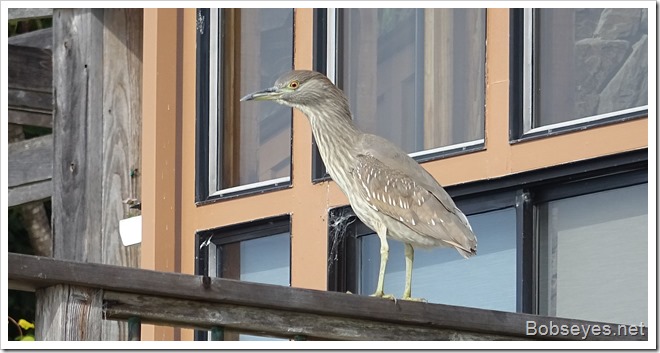 We continued on. We could see it was a bit foggy down at the mouth but it was going out and would soon clear. 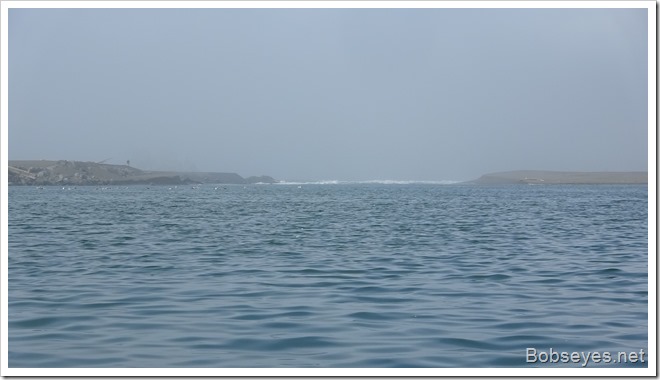 As it cleared we could see lots of birds in the water and resting on the sandy shore. Seagulls mostly. 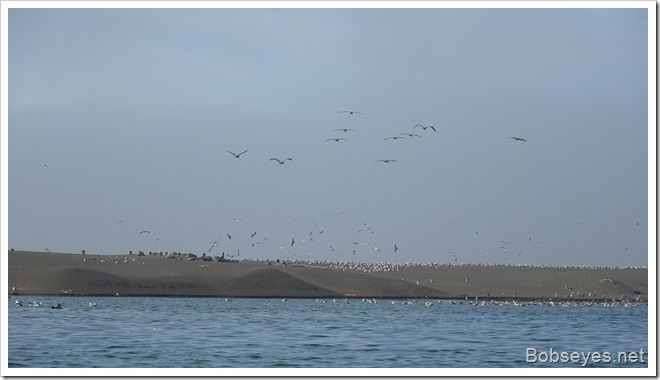 We paddled on by the open river’s mouth and were headed to this area which I call the end of the river. 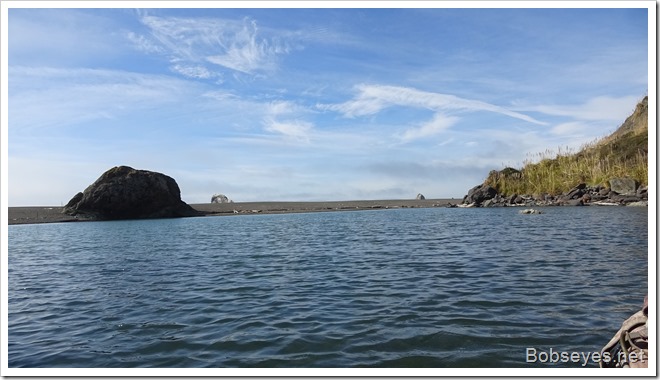 We pulled our boats in at the end of the river and went to shore to have a look at the ocean. Rays’ just getting out of his boat and John’s already looking at the ocean. 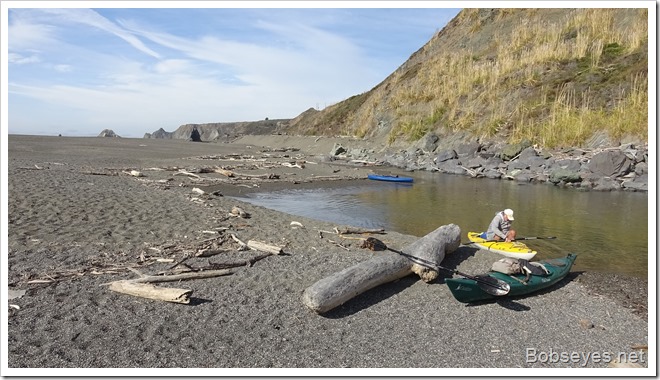 Here’s John having a look at the ocean, looking north. 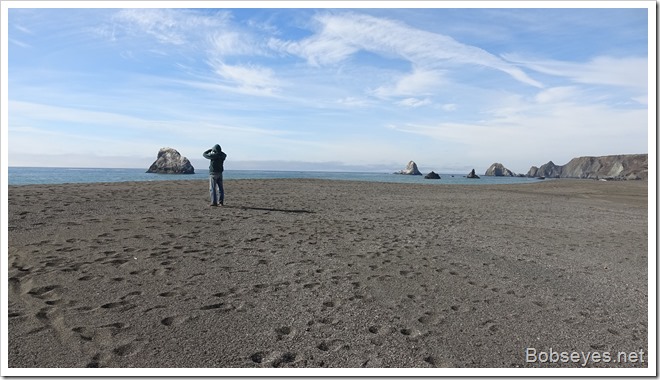 We hung around the open mouth area for a bit shooting the bull. This is looking south over the open river’s mouth. 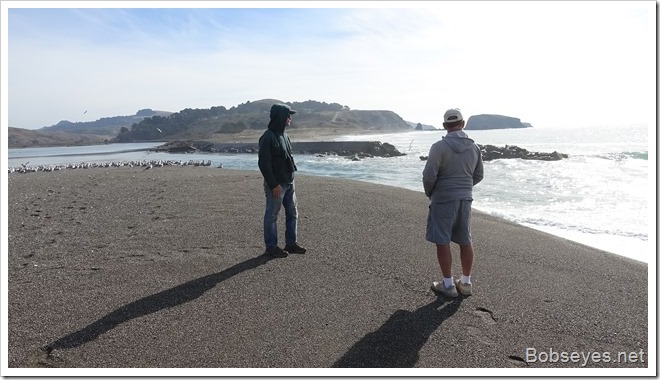 Eventually we got back in our boats and started to head back up the river going by these resting harbor seals which had their eyes on us. 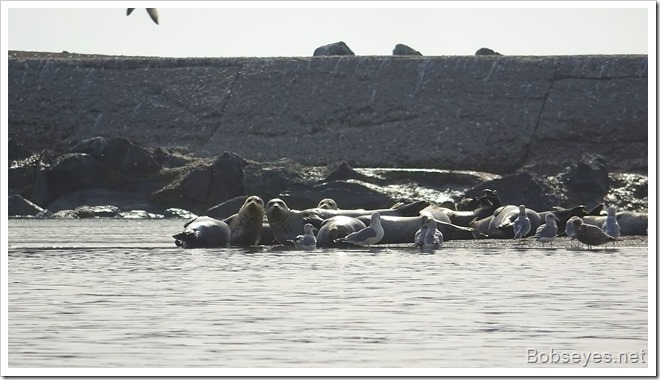 We headed over to the Penny Islands back channel and paddled on up the river. 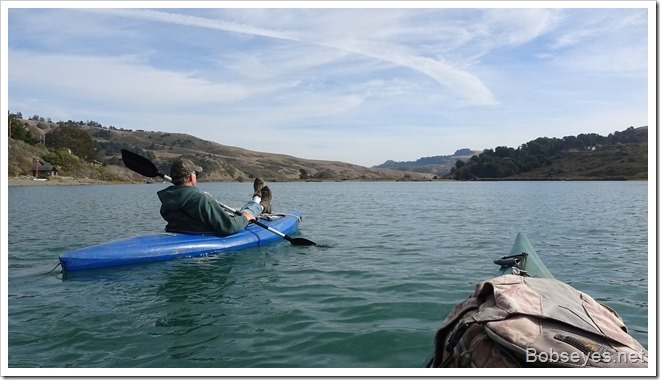 Going up the back channel we paddled by these birds. Some geese and some mallard ducks. 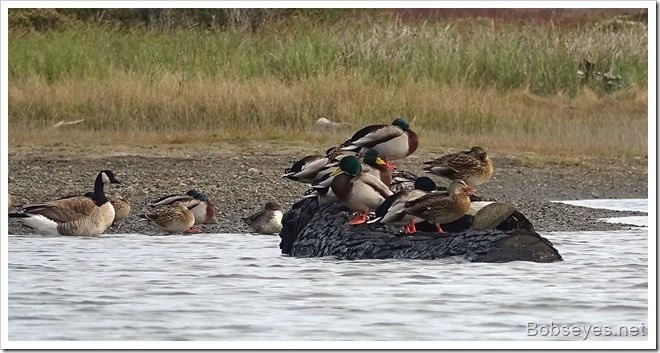 When we got to the top end of the island Ray headed on in and John and I continued paddling on up the river at a slow pace letting the breeze take us. 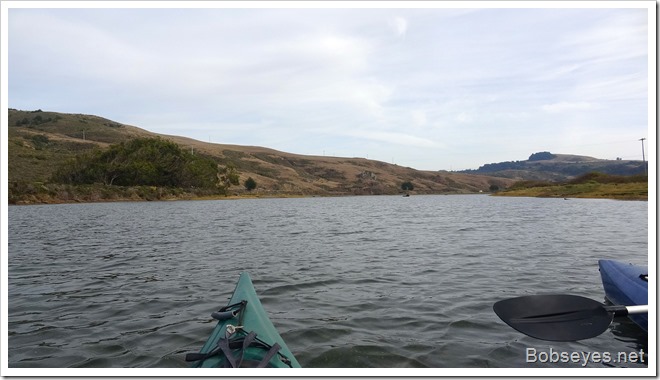 We made it up to Eagle’s landing and crossed the river to the other side so we could go along this shoreline looking for birds on the shoreline. 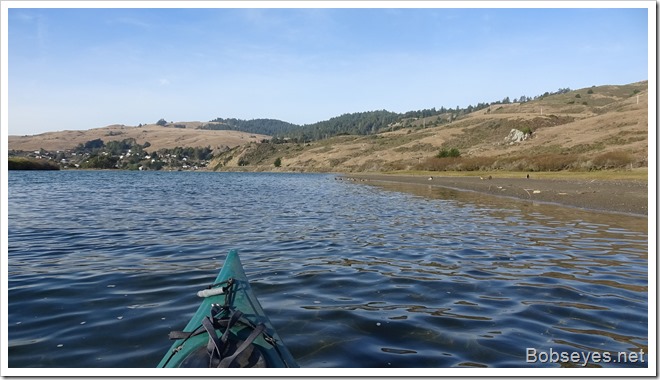 Sometimes there are lots of birds on the shoreline here but today it was mostly just these guys. 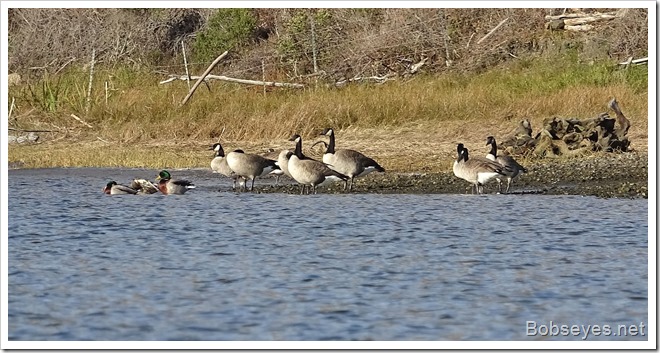 We paddled along the shoreline headed back in to the Jenner boat ramp along here. 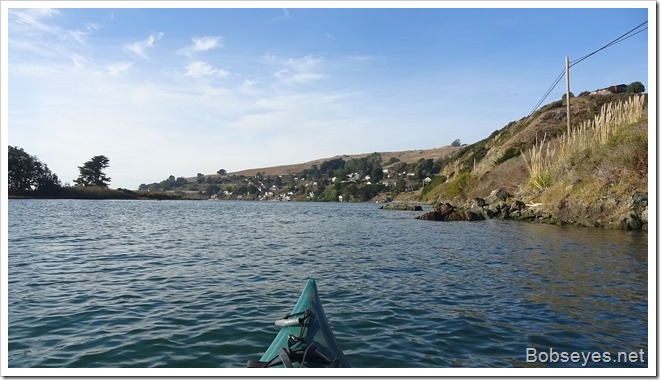 The boat ramp is just up ahead where we pulled our boats out and went on home for the day. 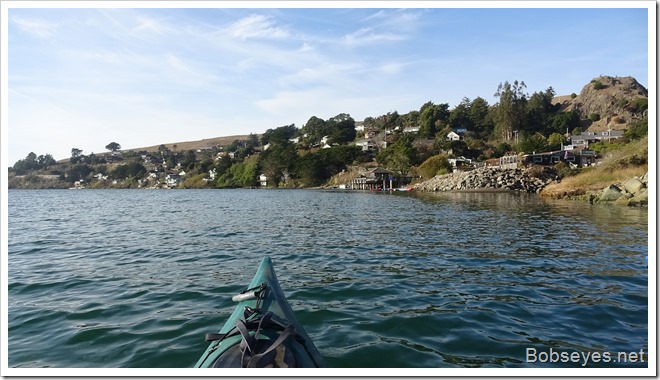 That was a nice paddle for a nice fall day. The sun was out and the wind was down, just right.

At home I had a nap then went out and puttered around the yard not doing much but a lot of chair hopping.