Fall Day Paddle Monte Rio To Moscow Pool and Back

I hadn’t paddled Monte Rio in awhile so I thought this would be a good day to do it. I planned to paddle down river or rather drift down to Moscow Pool and paddle back up to Monte Rio.

I put my boat in the water. The sun was out and the wind was down.

I just got the boat in the water here at Monte Rio boat ramp. 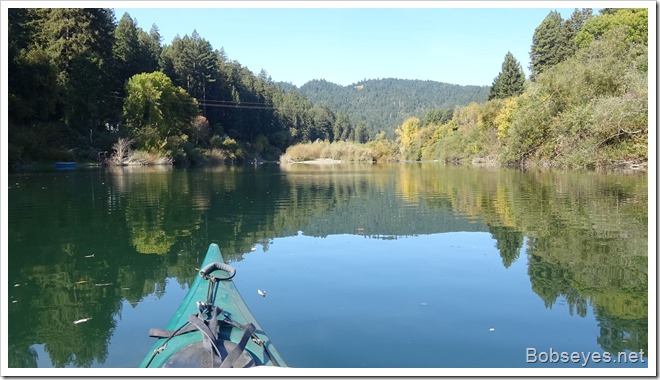 Seal hoping to catch a salmon

I saw some big splashes up ahead. Salmon were in the river waiting for the rains to come so they can go up river to the creeks to spawn This harbor seal stopped here and the great blue heron flew in just in case some little fish showed up for it to eat. 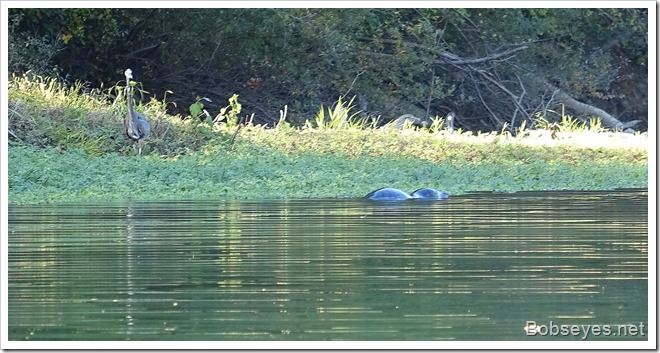 I continued drifting down the river at a slow pace. 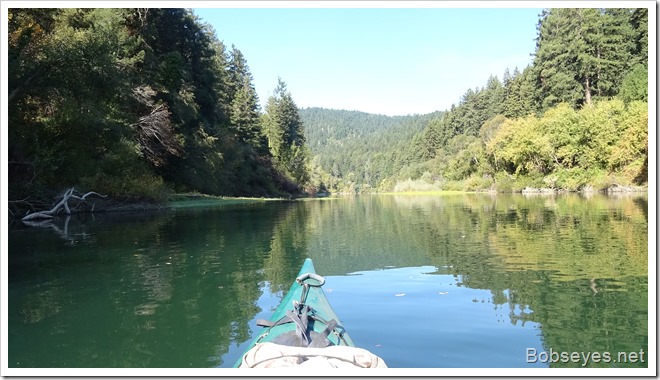 It’s a nice day with no wind so far but that will change. 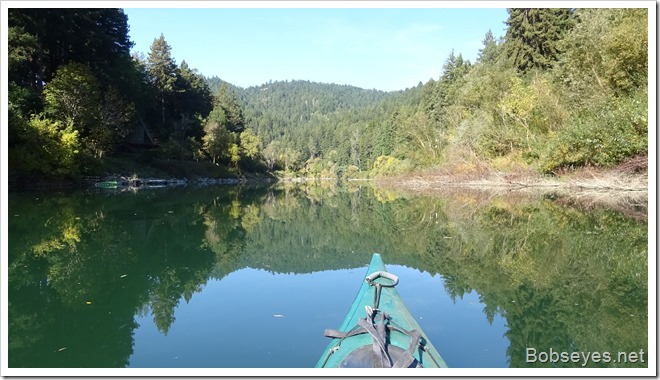 I sat here at Villa Grande for a bit before continuing down river. The wind is starting to pick up a bit. 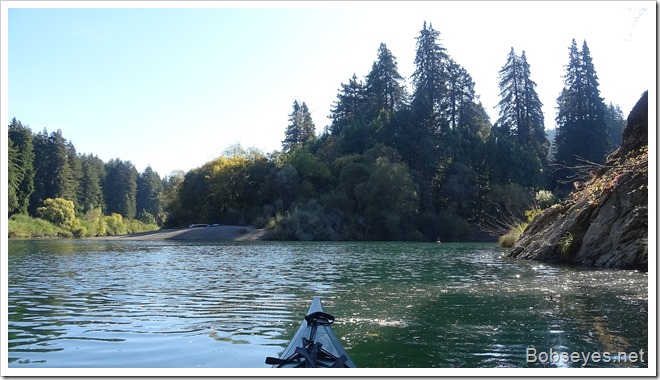 Drifting down the river by Sheridan Beach on the right. 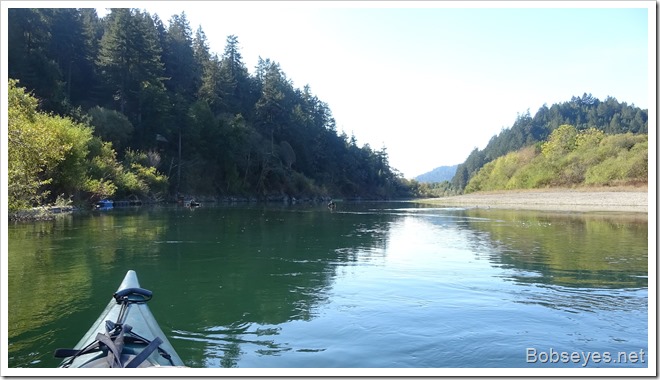 River otters up ahead

I saw some splashes off to the left here. Some otters were headed down the river the same way I was going. I followed them but they didn’t want to let me get a camera shot. 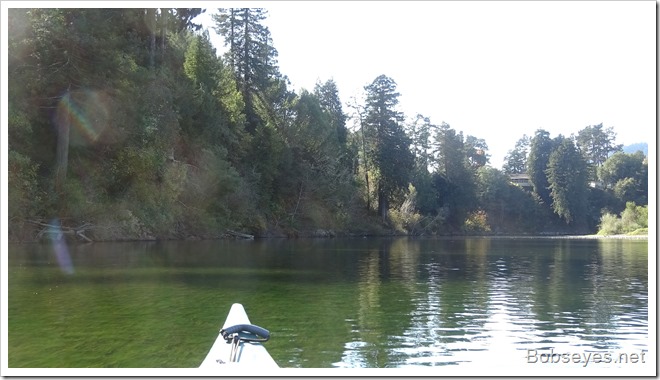 I was going by these resting cormorants so they would have to move soon. 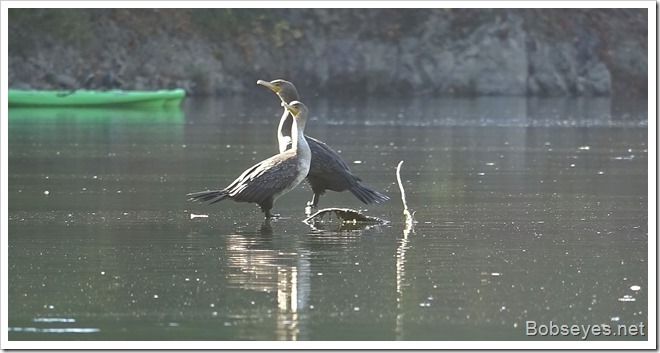 And they did in some splashes and they were gone. 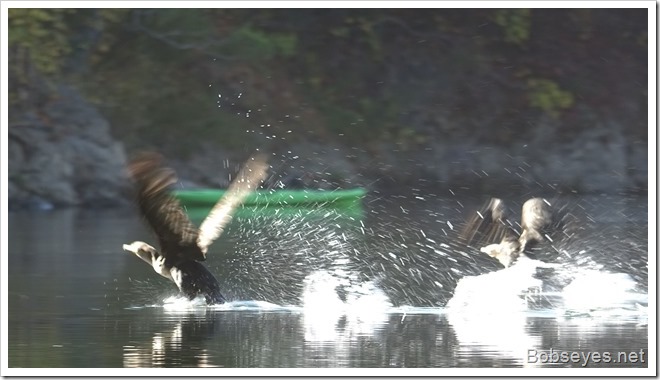 I was still following the otters. There appeared to be about ten or so of them. 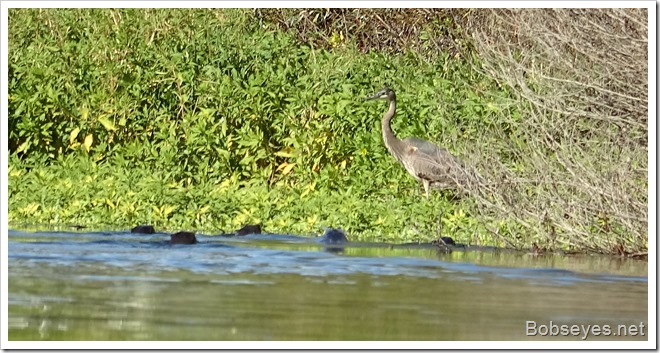 I was only going as far as Moscow pool today so I paddled around in it for a bit then turned and started back.

Here I’m going back up through Moscow pool with Rein’s beach on the left. 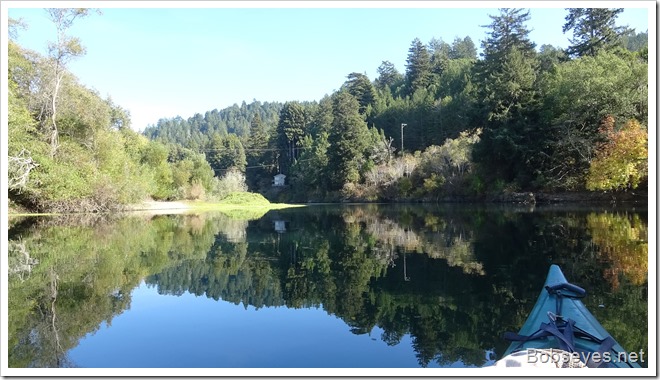 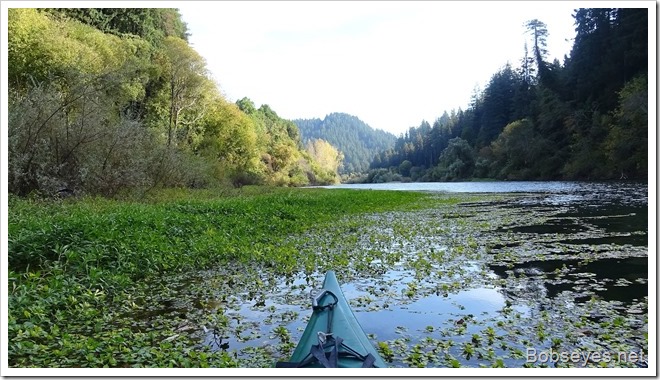 The wind came up a little pushing me up the river which helped a bit.

I went by these turkey vultures that appeared to just be resting and getting some sun. 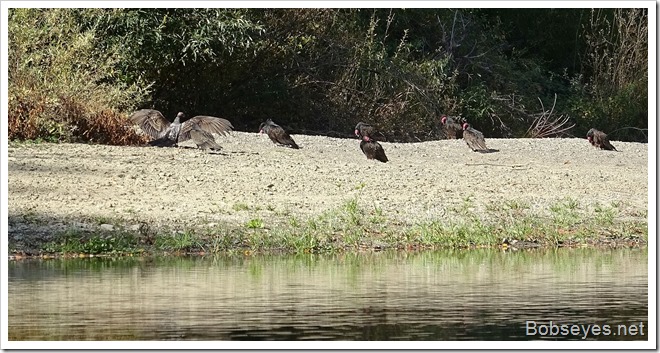 I’m approaching Monte Rio boat ramp on the left. That’s the bridge at Monte Rio. They are supposed to start building a new bridge soon. 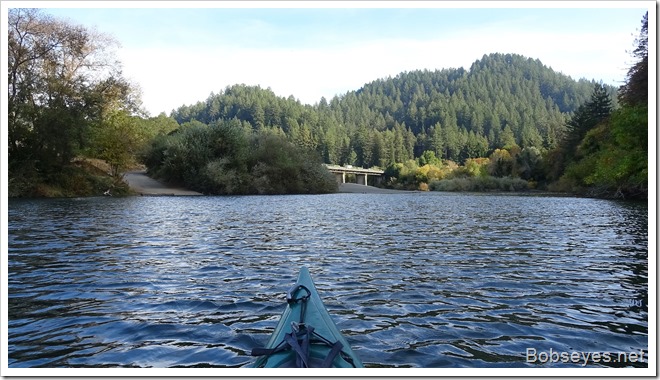 After a good nap I went outside to putter around a bit.

I wanted to start cleaning out this grow pen the chickens use as the frost has killed the grasses in it. I started cutting out the blackberry vines and still have more stuff to take out so I can dig it up and plant it but I didn’t have the energy today to get it done. 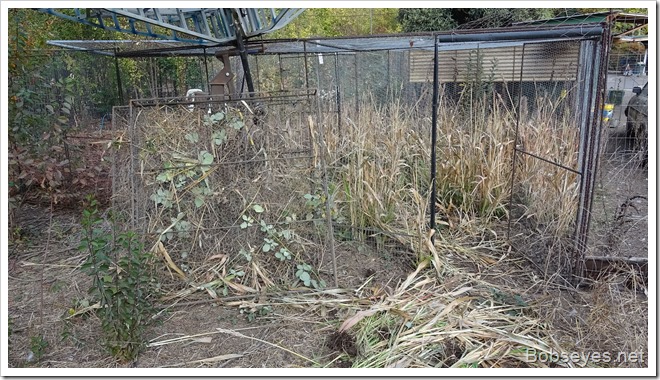 Towards evening I mixed up some more rodent control stuff and put it out as last night the rats ate a lot of the Plaster of Paris mixture I’ve been using. I think the stuff is working but I’m not sure yet as the rodents don’t have name tags but so far tonight there hasn’t been much action on the bait so maybe it’s working.