With some more rain storms coming into our area in a couple of days I thought I better go down to Jenner for a yak while I can.

This van was setting up to unload as I pulled my car down to the water on the boat ramp. Neat machine loading and unloading his boat. 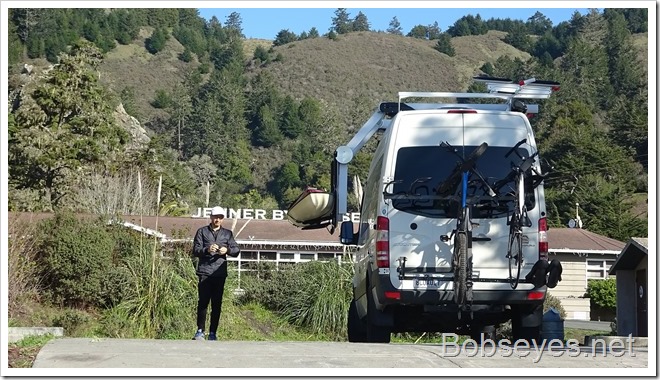 That was Frank and we shot the bull for a bit when we got on the water.

I advised him that it was going to low tide and be careful of the current down at the mouth that can suck you out into the ocean if you are not careful. I should have heeded my own advice.

With the recent rains the current can be a bit much.  I told him about the pucker factor if he got into the current. :O) 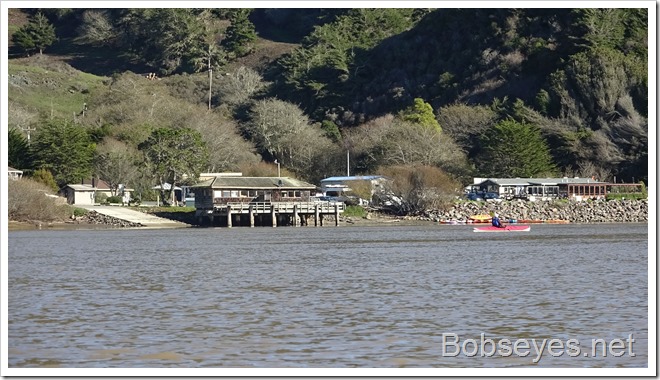 Frank took off up river and I crossed over the river to Penny Island thinking I’d go down river to the mouth.

I’m sitting here in my boat figuring out which way I wanted to go today. I was going to go down there to the mouth but decided to go up around the island instead so I turned around and headed that way. 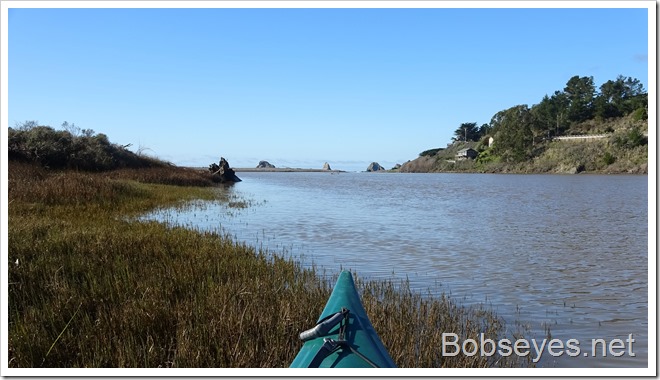 Here I am at the top end of the island which I paddled around the end there and went down the back channel headed back down the river. 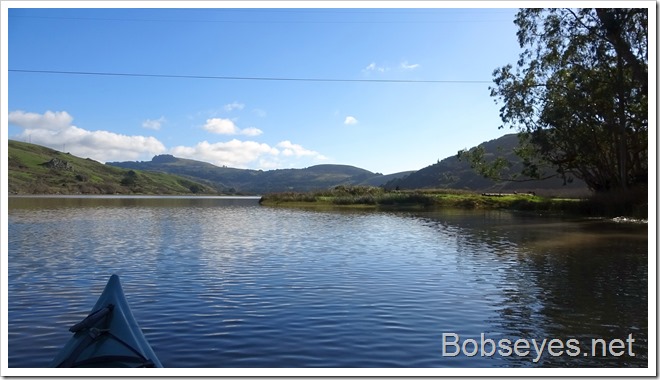 With the recent rain storms the water was muddy and flowing pretty good.

I drifted down the back side of the island in the current and was paddling along this sandy area towards the mouth area up ahead. 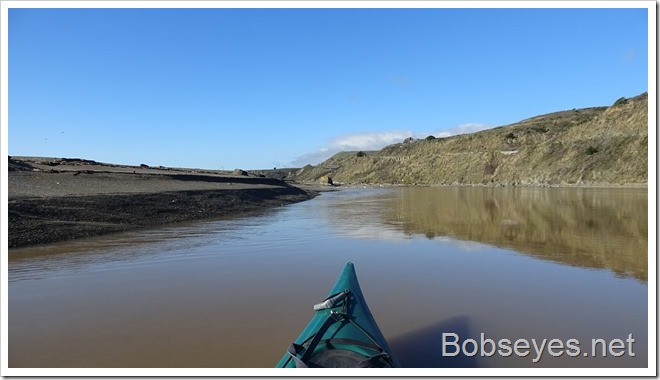 Franks in the mouth

I could see Frank came back down the river and was in the mouth of the river, up ahead where I was heading. I watched Frank paddle out of the river’s mouth and head up river on the other side.

There were a lot of birds down by the mouth as usual. 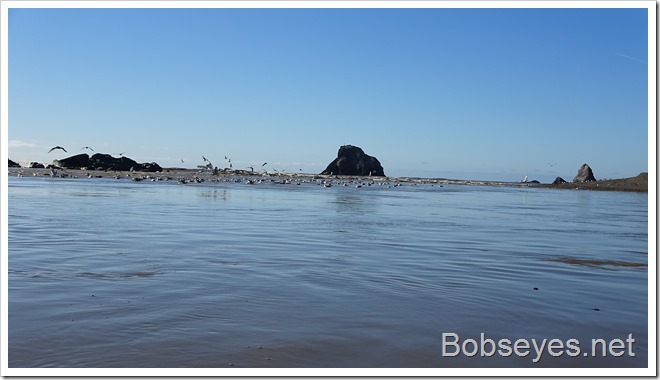 I paddled into the mouth a  little noting the swift current and thought I was being careful, but as it was, not careful enough.

Got in the current

Where I get into trouble is I’m taking pictures and the boat is drifting in the current and before I knew it I was in some real current and the ocean is real rough out there, not a place for me. 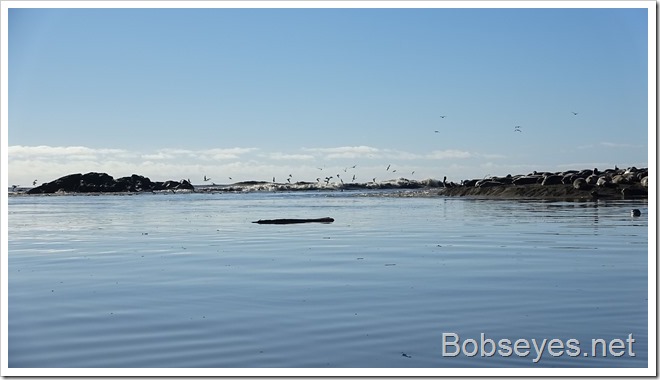 I turned around quickly and started paddling like mad to get back up the river and out of the current and was making progress slowly.

One of the problems I was  having  is if I could go to the shoreline the current is a lot less but the harbor seals where there and ‘m not supposed to get close to them by law.

So I wasn’t supposed to go there, but I would if need be but getting in the middle of a seal stampede might not be so good either. As it was I was about fifty feed from them and I think the law says 150 feet. However the seals didn’t freak out. I think they were enjoying the show. ;O) 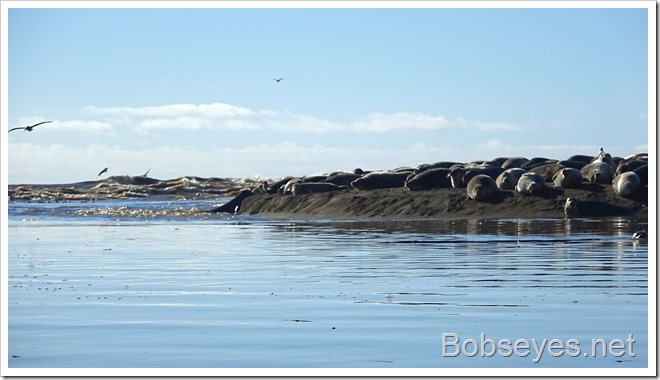 Once I was out of the current I realized Frank must have been in it too as I saw him paddling around in the same spots I was before I got there, so he now knows what the pucker factor is.

So I’d had enough of the swift current at the mouth and started paddling back up the river along the island and stopped at the top end of the island for a bit behind this tree that was blocking the river’s current so I was able to sit here for a bit. 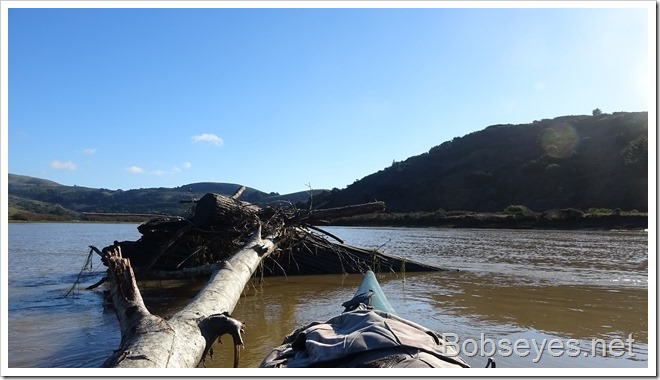 I was thinking of going back to the boat ramp and calling it a day but after sitting for a bit I continued on up the river. 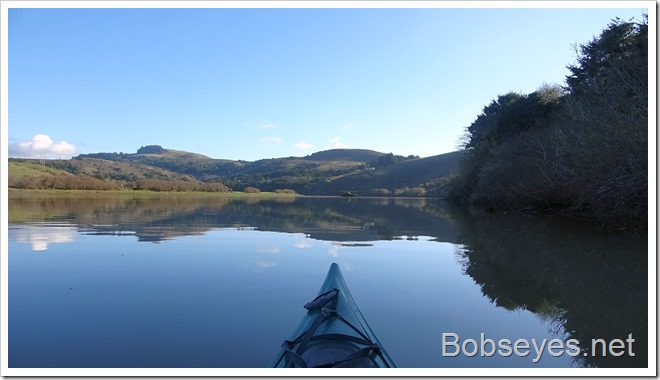 I stopped at this spot I call eagle’s Landing and sat for about an hour just watching stuff. The reflections were good as the wind was mostly down. 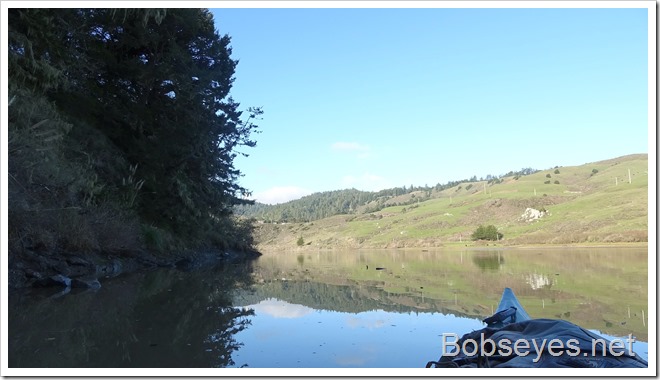 Across the river these cows were grazing up on the hill. 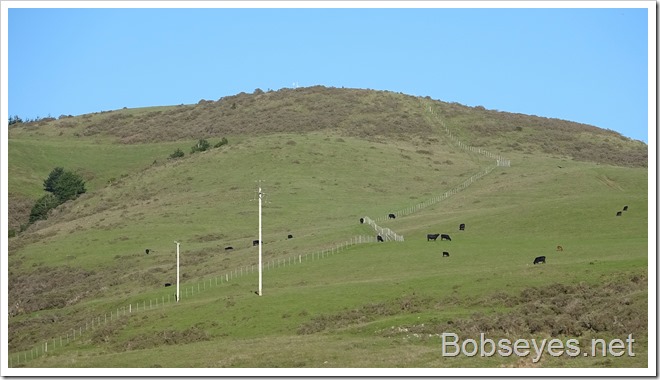 Eventually I paddled out into the current and drifted back to the boat ramp and got my boat back on the car. 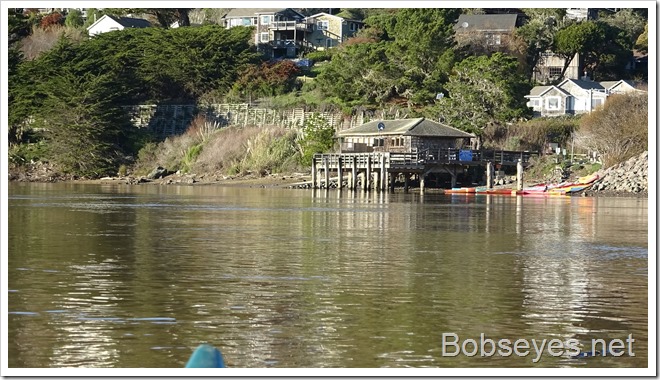 Getting out of the kayak

I’ve been having trouble getting out of my boat as I have a rather sore right arm from pulling something in there so when I put my arms behind the boat to push myself out of the boat it’s been hurting too much to do that without much pain so today I wanted to do a test and see if I can roll my body over in the boat so I can get out on my knees. I wasn’t sure I could do it but it actually worked pretty good as long as the bottom of the boat was grounded and not flouting on the water or it would be too unstable then.

That’s good thing as I’ve been concerned about that and not being able to kayak any more. When you get older you just have to find a way to do stuff you used to do easily.

Tom says the hawk has been in the yard

Back home I ran into my brother Tom as I came in my gate. He said a big hawk had been hunting around today. Lucky I didn’t let my chickens out to graze this morning.

I didn’t see any hawks around so I let the chickens out to graze and sat in a chair to watch over them and no hawks showed up. 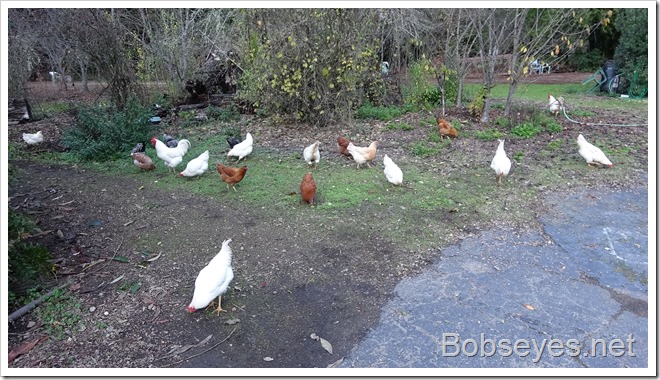