A cool day working in the yard

It was cool when I went outside today. I was planning to do some work on my Toyota Landcrusier project, but the coolness drove me back in the house by the nice warm fire.

About another hour I tried again, but it was too cool to mechanic, so I thought I’d work on the garden as I thought the garden work would warm me up and it did.

My brother Tom dropped off these leaves the other day as I wanted them as mulch for my garden. 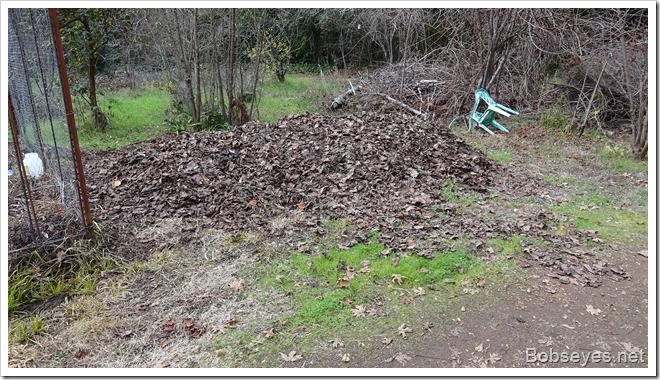 Moving the leaves to the garden

I spread the leaves around my garden enclosure as the watering system over waters into the area around the enclosure, so I plan to plant some vegetables in there this spring. 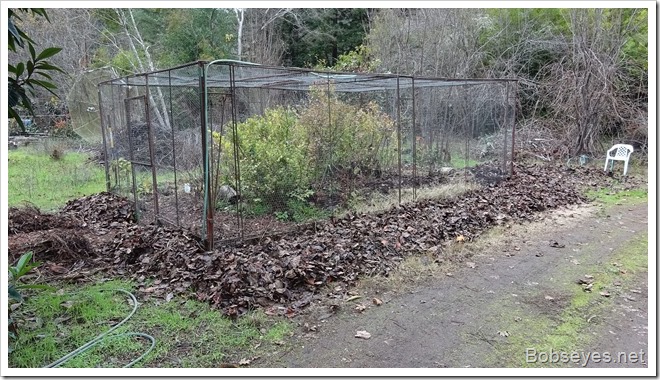 Added some wood chips too

I moved a couple wheelbarrow loads of wood chips onto the leaves also mostly just because we have some.

I sat around a bit chair hopping trying to stay in the sunshine where it was warm and did some puttering around the yard in between sits.

Blow up the flat tire

My Toyota Landcruiser had a rear tire that was flat, so I got the air out and blow the tire back up. I need to check it to find out where the leak is, but not today, it was still too cool to do much mechanicing.

Wood warms more than once

I split some more wood up for my wood stove. The wood pieces have been sitting around for a year or two so they didn’t want to split, so I had to work on them a bit to get the job done, but I did.

I was going to throw out the vegetable broth, but didn’t

Why not just dilute it with water? That should weaken the flavor a bit and maybe I can eat it.

I added some water and tried it. Not too bad, so I made up a bowl of broth and rice and ate that.

Warmer in the house

The day cooled down some more just before dark, so I stayed in the rest of the day and that was my day.

(Visited 217 times, 1 visits today)
This entry was posted in Uncategorized and tagged compost leaves for the garden, compost to the garden, using tree leaves for compost. Bookmark the permalink.