I started out working on the cart conversion as I needed to cut the handle off so I could get an inside measurement to try and find something to use to extend the handle about a foot. The power band saw makes quick work of that. So far I haven’t found anything in my junk to extend it but I’ll keep looking. 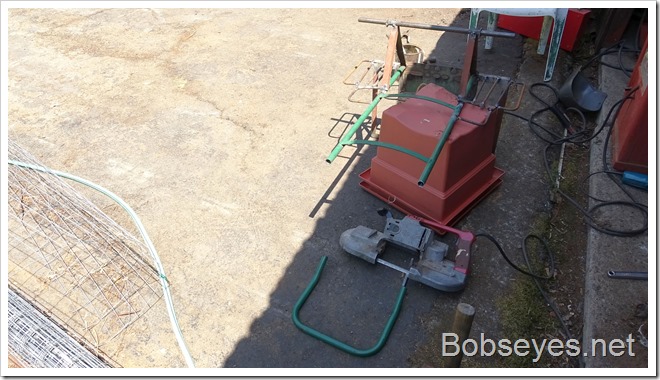 The chopper moving the hazardous stuff out of the park h as been working most of the day. He’s going in for a drop here. 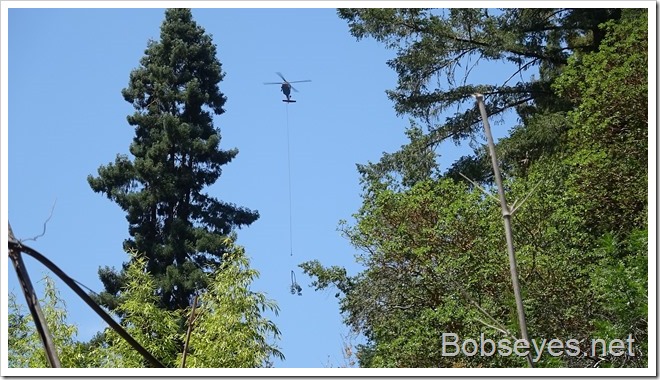 Later I heard someone whistle out by my gate so I went out to see and it was the woodchip guys with a load and wondered if they could dump it. 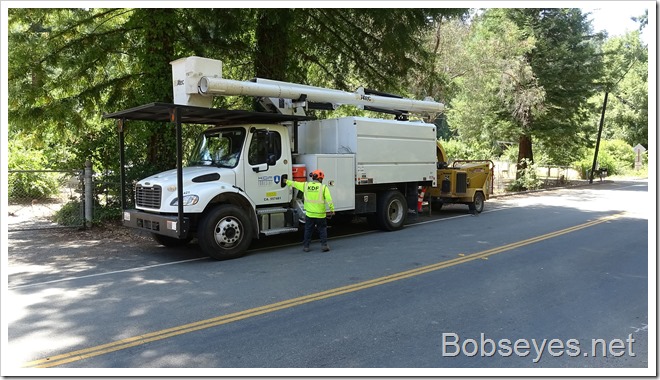 They got it dumped and said they’d be bringing two more loads eventually which is likely about all I can take. 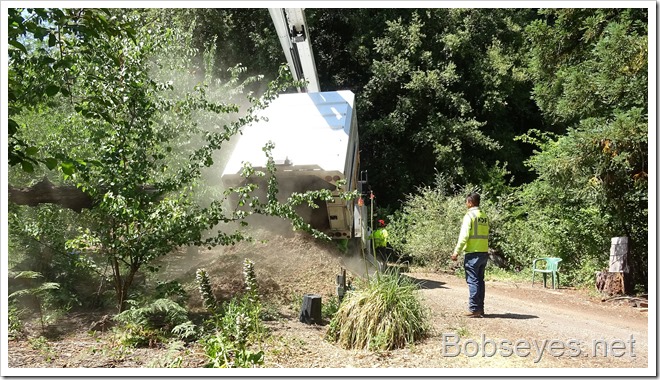 While they were dumping I noticed this spot where a load could go if I moved those logs out so I cut the brush and set to work. 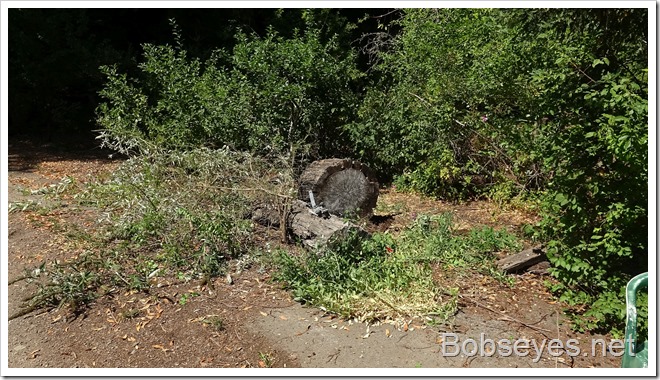 I got my big bar out to move the logs and got them moved by rolling them. 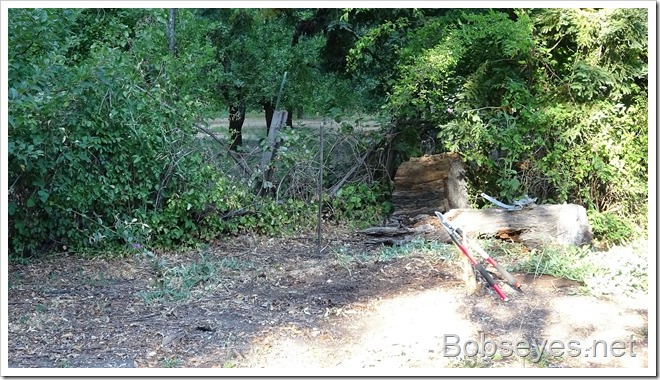 Then back to do some more welding on the cart. Then I debarred it all so it’s ready for painting. 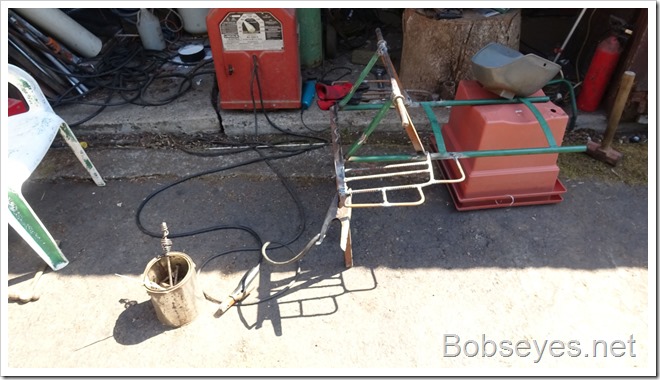 Then the disaster hit

I wanted to do some work on my old van and get it ready to travel so I  hooked the battery up and got it ready to move to another spot in the yard where I’d work on it, so I had to drive around the yard going about a hundred yards or so.

It started right up so I started off and got a short distance when it died so I tried the key and nothing. However I did notice big black clouds of black smoke coming out of the van towards the rear. Holy shit.

I jumped out and and opened the side door to disconnect the battery and then ran for the hose a short distance away. I didn’t think the small fire extinguisher in the van would be of much help and there was a water hose close by.

Only problem was the hose was five feet too short.

However I was able to spray out the fire that was falling under the van and starting the forest debris on fire. I quickly gave that a good soaking.

Now I had to move that hose to a closer faucet and get it hooked up which seemed like it was taking a long time while I was watching thick black smoke bellowing out from the van’s engine compartment. 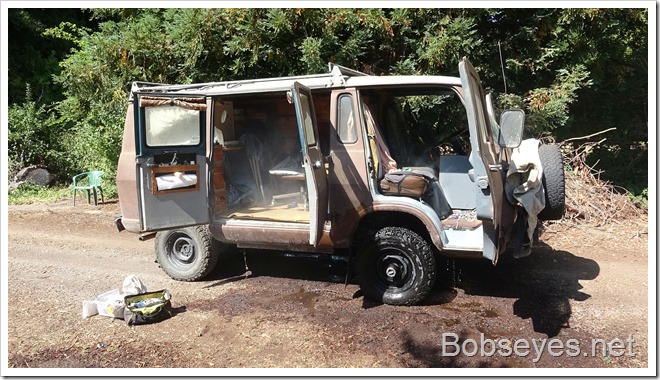 I had a look into the engine compartment and saw these burned up wires but that wasn’t the cause of the fire. 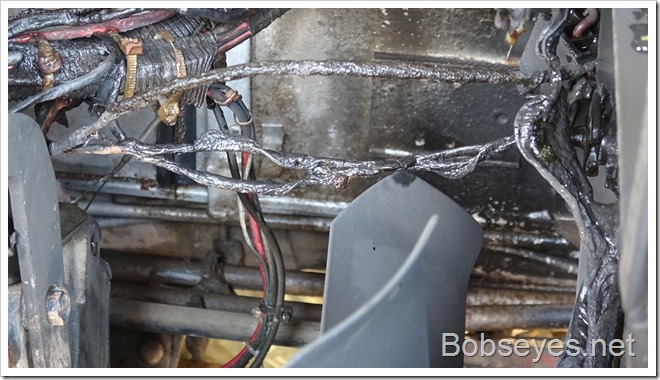 The fire started back by the distributor where the injector gas lines go.
For how much thick black smoke was coming out of there, there seems to be very little damage. A burned up distributor and spark plug wires and gas lines and some fried wires but everything else looks like it might be ok.

The burned up distributor. 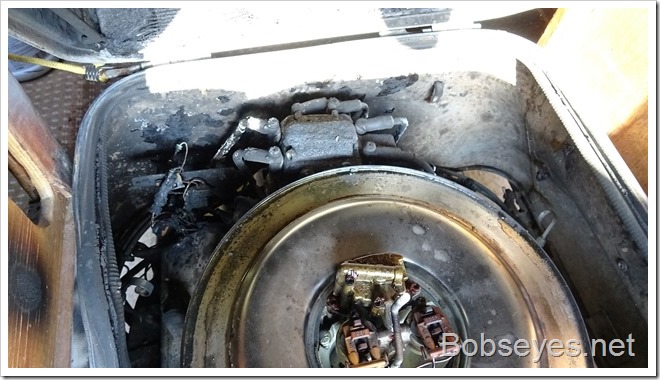 Lesson learned replace the gas lines with higher quality ones and run them somewhere away from the distributor to avoid sparks. I’ll have to look into my options for better fuel lines.

I wasn’t sure it was a gas leak until I went back where the van was parked and where I started it. A big gas wet spot on the ground with a trail leading away where I drove off. 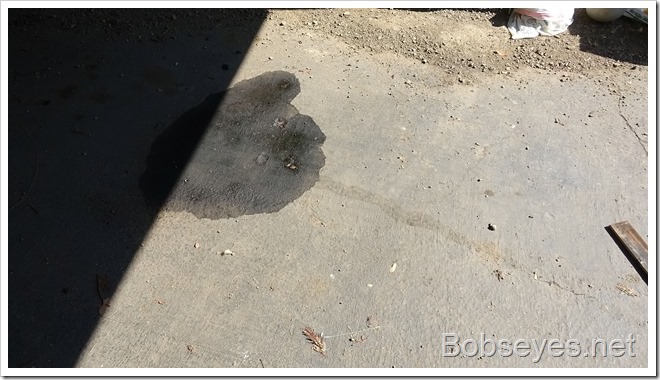 It could have been a lot worse, for sure, eh.

Interesting enough I’d bought a longer hose at the store the other day but hadn’t installed it yet. 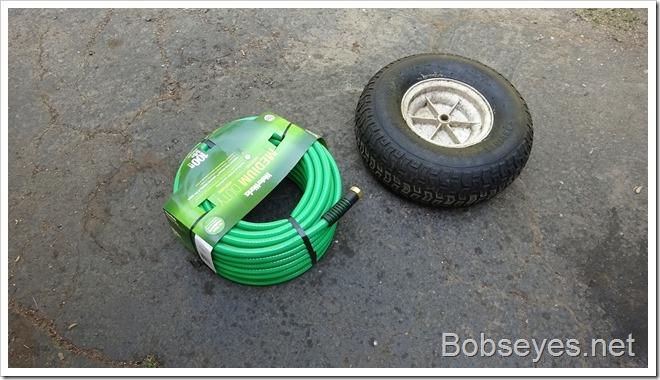 So I hooked it up. 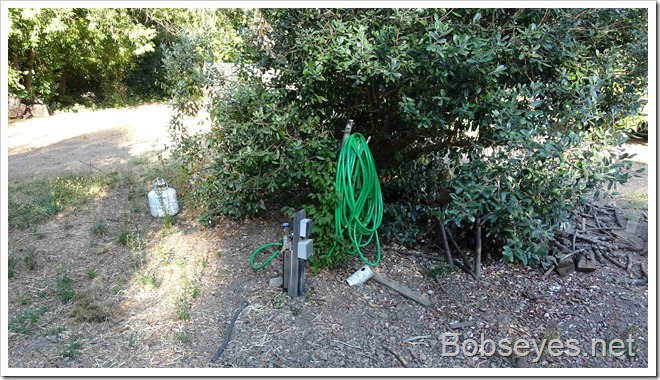 I puttered around the yard when I heard someone at the gate. it was Ross a neighbor that lives up in the hills stopped by for a visit. I took him for a tour around the yard sampling all the plums as we went.
We shot the bull for a bit and he took off for home.

In the evening I saw my brother Tom go by so I asked him for a tow to move the van where it was headed so he got his machine and towed me to the spot. 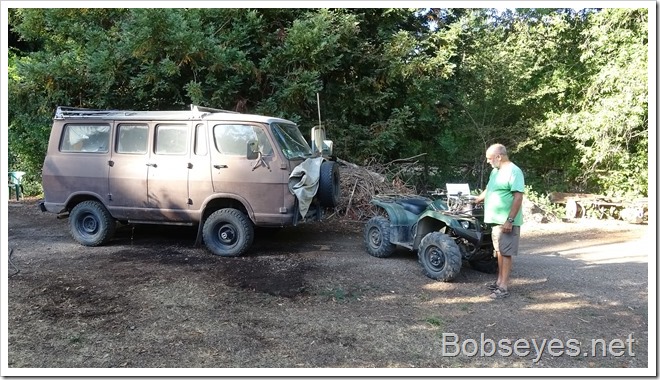 The rest of the day I spent chair hopping and just enjoying the evening.

5 Responses to Exciting Day When My Van Catches Fire