Evening Paddle At Monte Rio and My Vulture Buddies

Not a good start

I had a light headache most of the day, sorta like a light hangover so I just couldn’t get it going after taking care of the chicken’s needs.

I’d go outside but was soon back in the house and napping and that was what I did most of the day.

After a cup of coffee around 5 I was feeling a bit better and was thinking it’d be a good day to go down to Monte Rio for an evening paddle as I haven’t done that in quite some time.

I left the house about 6 and headed to Monte Rio about a 15 minute drive down the river from my place.

I pulled onto the boat ramp and these guys pulled in along side of me to unload their dock which they will move up to their place for the summer. 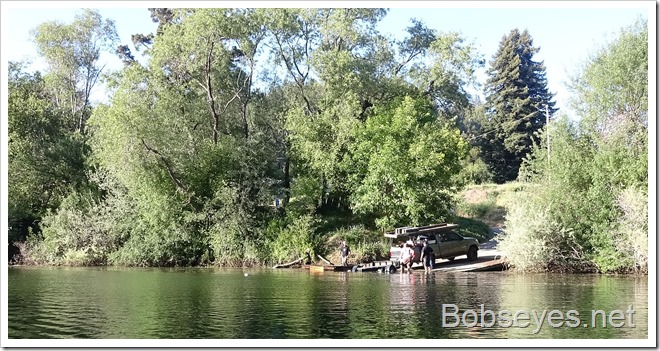 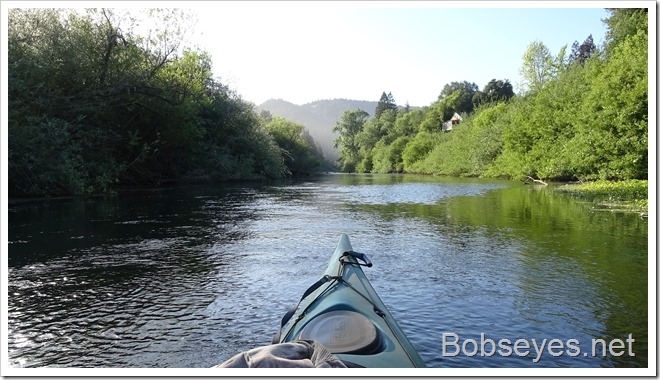 I didn’t get far when I ran into Tony fishing so we shot the bull for a half hour or so before he left for the day and I continued on down the river. He said he hadn’t caught anything all day. 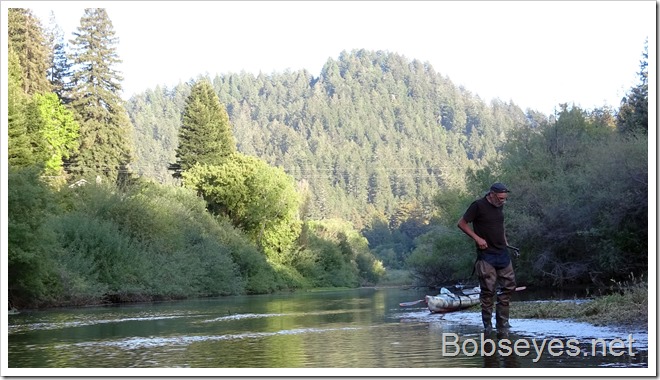 These mallard ducks were resting on this log as I drifted on by. 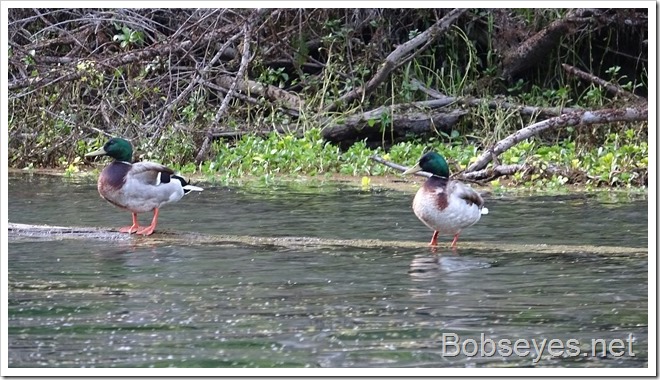 I was sitting in my boat under this branch when this turkey vulture flew in and landed about twenty feet from me. Nothing to eat there. Sometimes I think they know me from being around them a lot on the river and I’ve been to several of their nests in the past so I always wonder when they get close to me as it’s not something they normally do with people. From my experience with these birds I think they may be the most intelligent of all the birds and maybe even more than we are and that’s from watching them for a good many years. There’s more later. Note it’s head is black and not red like the next one. 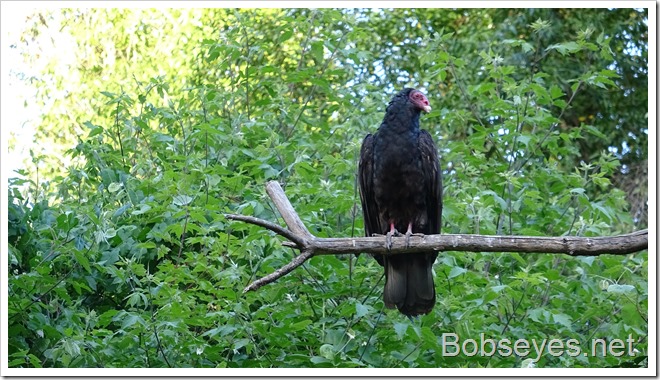 I paddled off and left heading down the river. 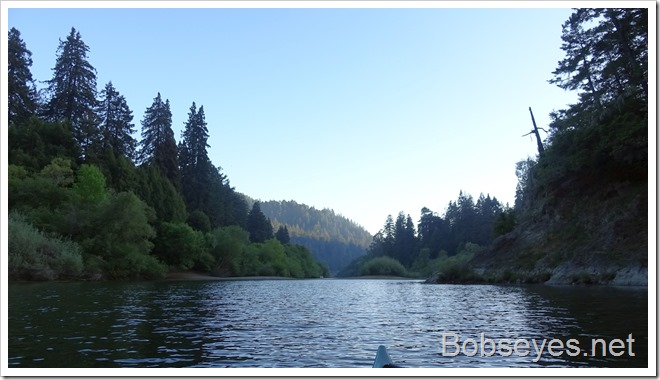 I pulled into the Villa Grande Hole where I was to sit for about an hour watching things like this osprey nest. I could hear some birds in the nest but I never did see those ones. But as I watched, another one flew into a close by tree with a small fish and screeching. 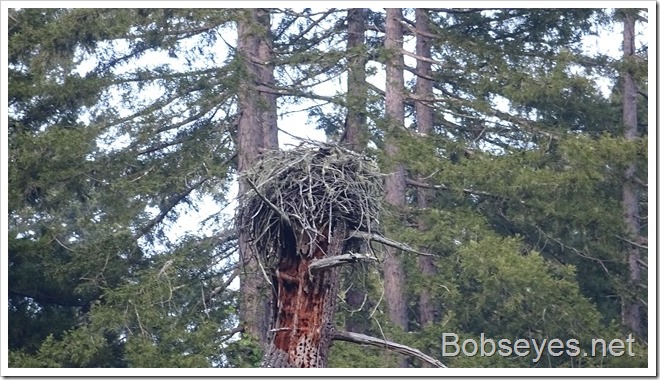 Up in the rocks above my head I could see some mud swallows nests which were very active. 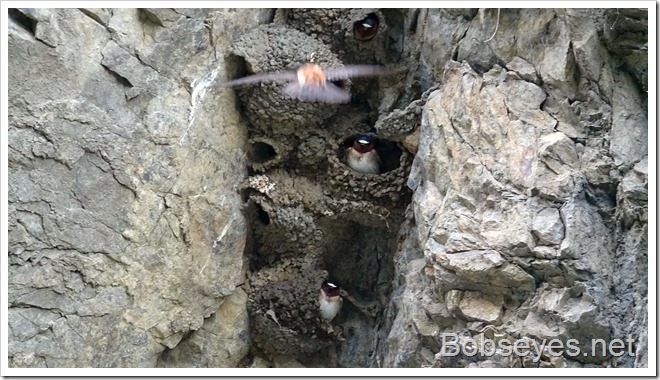 This is where I was sitting and I was about ready to depart back up the river when an osprey flew up into one of the trees where I was going to paddle by as I left. 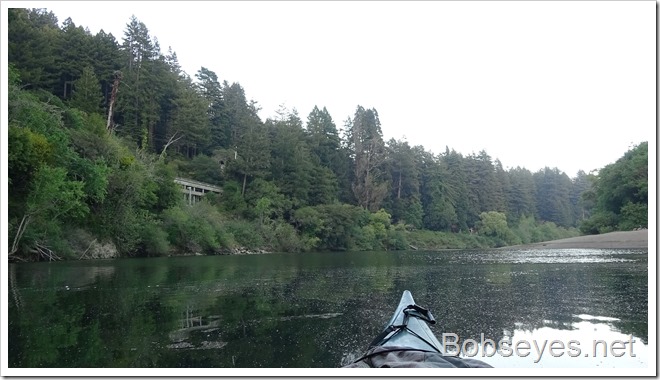 Here’s that osprey just sitting there waiting for it to get dark which it was starting to do. 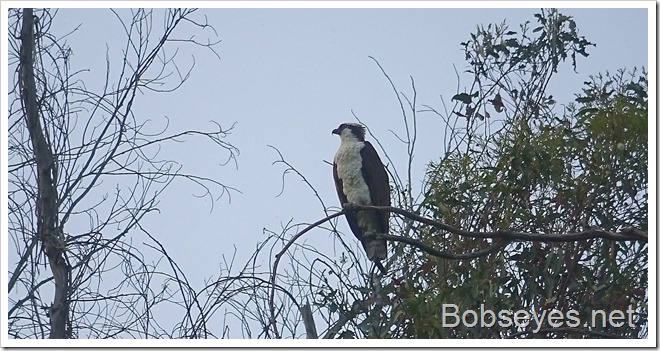 I continued on up the river towards Monte Rio going by these redwood trees headed for that mountain up the river. 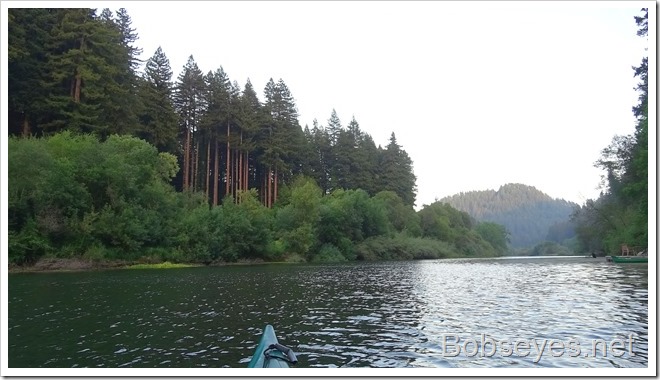 I’d stopped to rest a bit in this spot and it happened again. This bird landed about 20 feet from me and just sat there. They just don’t do that. Note it’s red head not black like the other one. 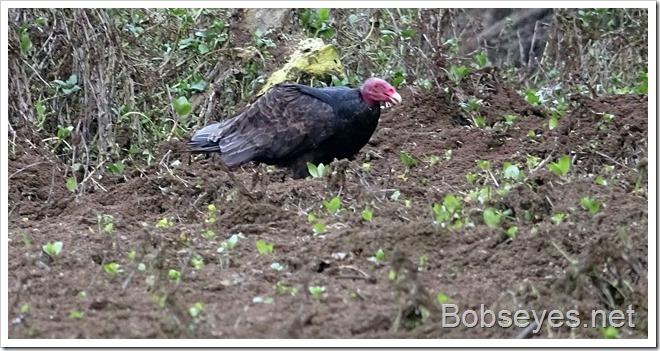 As I worked my way up the river I had to go right by this great blue heron as that was where the water was deep enough for me to get through. It didn’t fly off but moved a little bit squawking loudly. 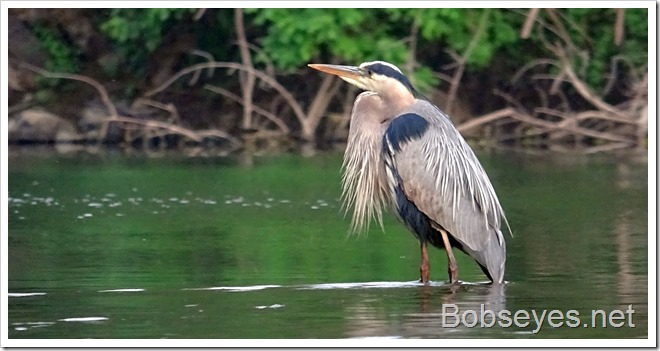 As I made it back to Monte Rio I checked out the bridge. The bridge lights were on as dark wasn’t far off. 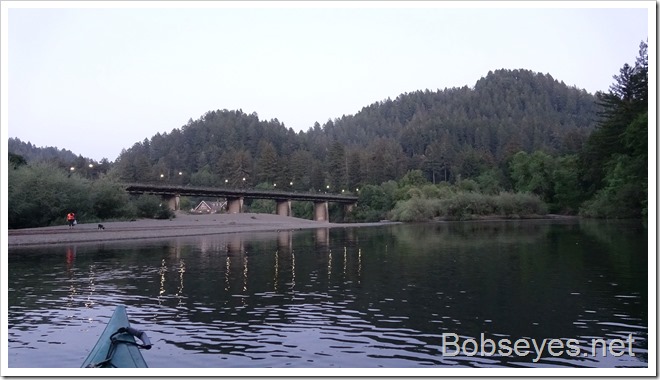 Back at the boat ramp I loaded the boat and headed for home.

That was fun.  I should do that more often just to do things a bit different once in awhile.