Evening Paddle At Monte Rio and Boarded By a Duck

With new chicks I had to check on them throughout the day to make sure they were all ok and not stuck somewhere they shouldn’t be. I put more feed out for the little guys to get them started eating. 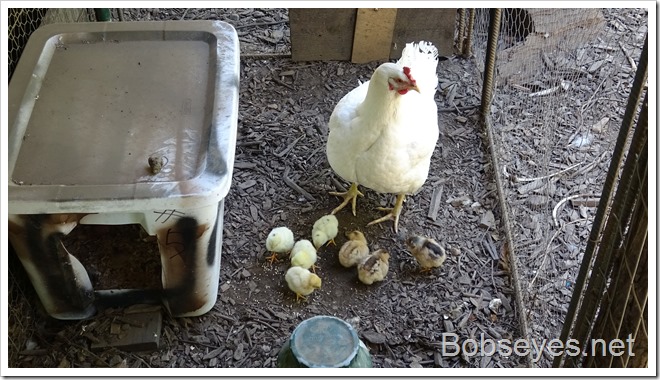 Between caring for the chickens I did some more work on the old well removing sediment and a bit of chair hopping too. 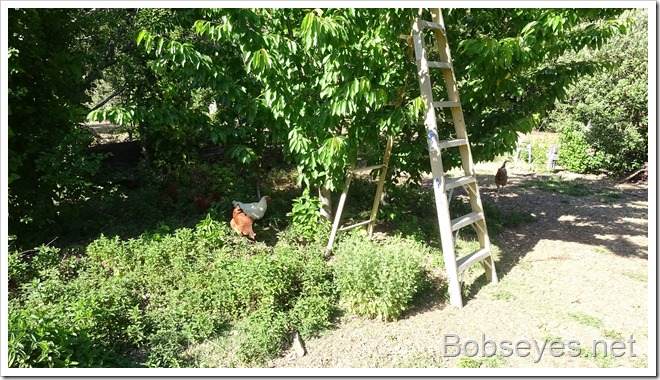 Late in the afternoon I was thinking of going somewhere for a paddle so around 5 I headed down to Monte Rio and put my boat in the water.

I paddled up under this bridge thinking I might head up river. 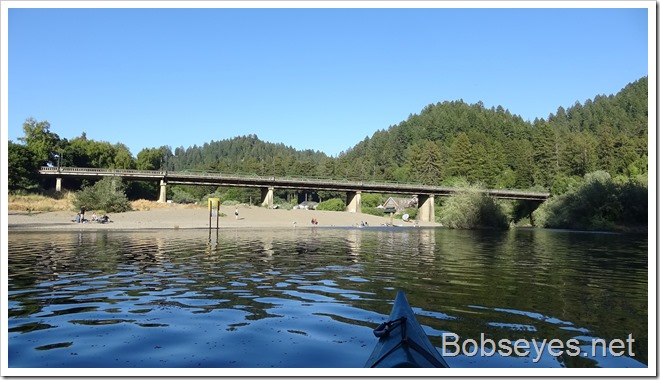 Up river looks real nice but I changed my mind and headed down river instead turning around here. 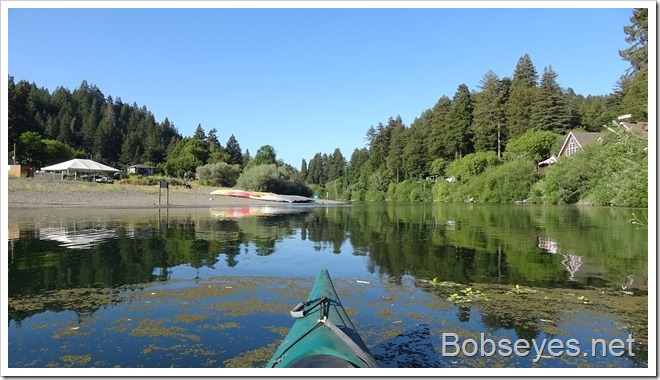 I passed by this green heron and spooked it and it took off. 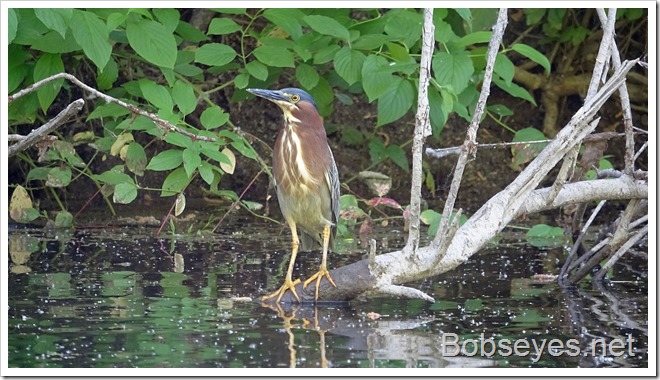 The sun was going behind some of the hills but there still was some sun when I was in the right places. 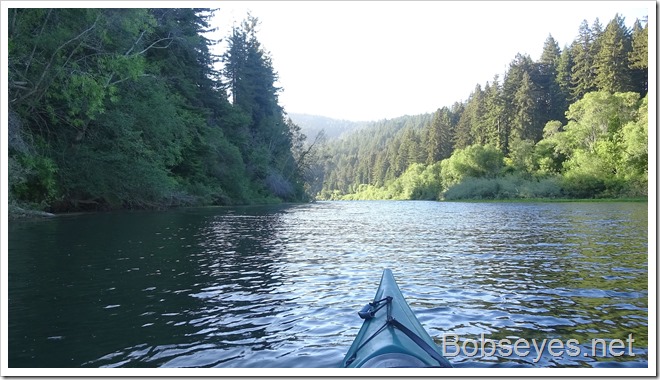 I made it down to Villa Grande Hole and sat and watched for awhile. 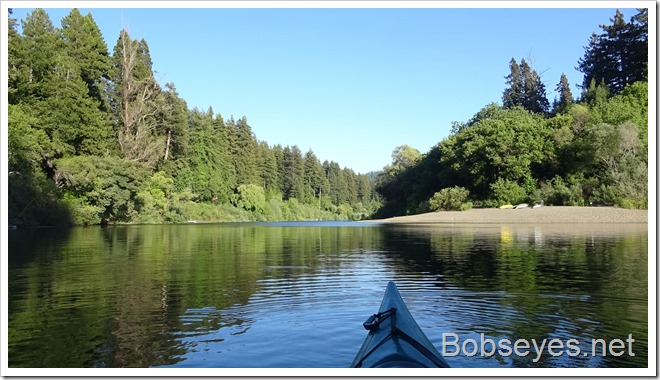 This mallard duck swim by with her new little ones. 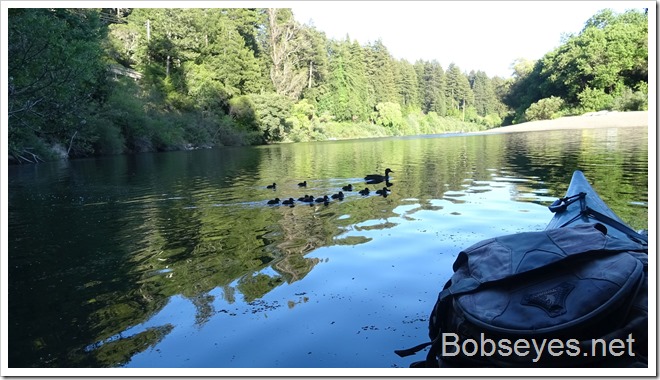 Boarded by a duck

And this pair of mallard ducks swim up to me real close. 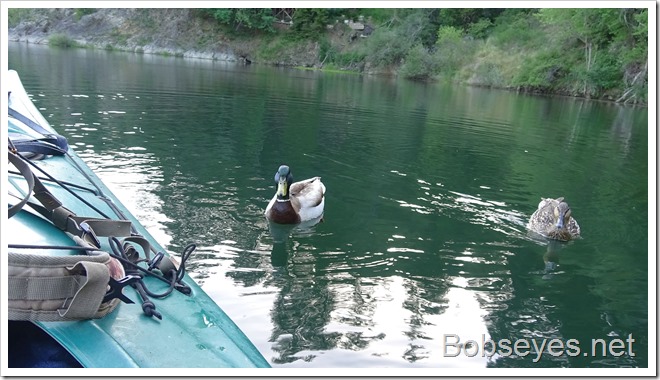 I was surprised when the female jumped up on my boat to see what was going on like she owned the place. 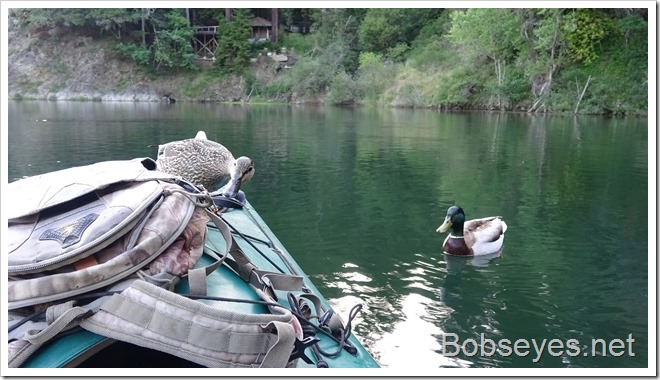 She had a look around and then jumped back in the water.

The male mallard duck as they swam off. 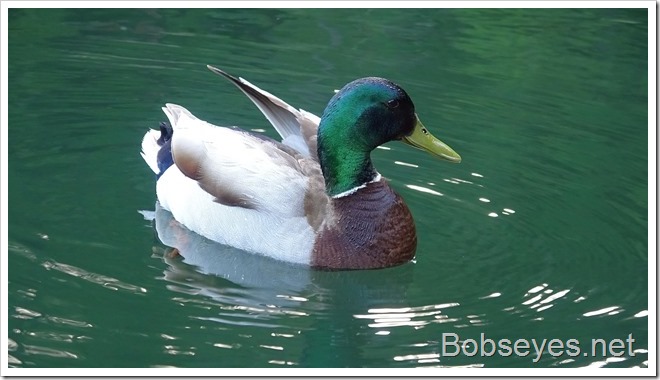 Headed back up river to Monte Rio

After about an hour sitting there I started back up the river stopping in this spot for a bit almost back to Monte Rio. The sun is about to go down in the west. 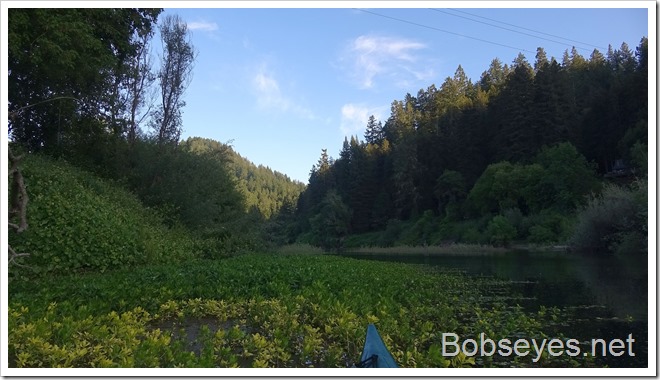 I’d seen this bird fly into the trees up ahead so I paddled on over there and it turned out to be a great blue heron doing some scratching. 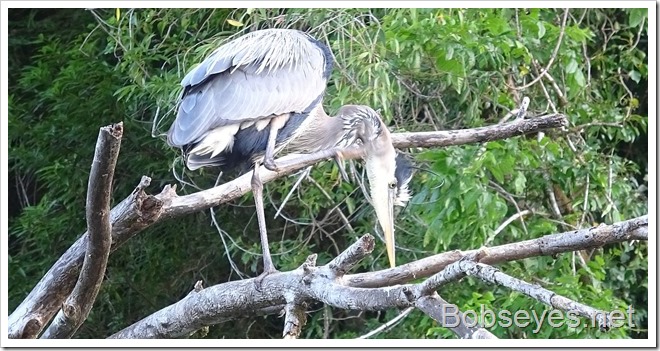 It looks like an old  male and it didn’t fly off as I passed on by. 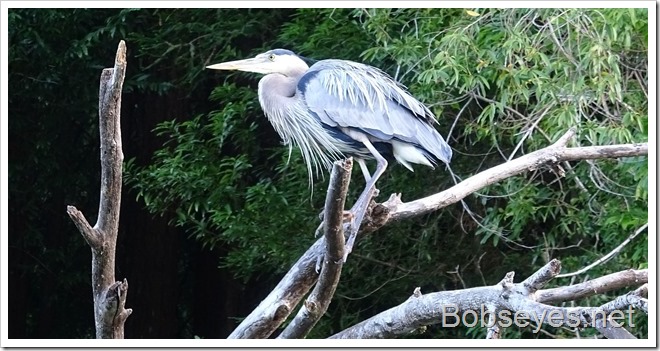 Back on the boat ramp I put my boat on the car and went on home.

First thing I did was check on the new chicks which seemed to be doing ok as they were all in their nest boxes. I did note one of the nest boxes was empty as the hen and the little ones had moved in with one of the other nesting birds. I looked and hey seemed to doing doing ok together.