Epoxy Fix, Critter Protection and Gathering Vegetables For a Pot of Vegetable Soup

Trying not to work so hard

I’d cracked one of my cabinet cedar doors on my last trip in my van. They are made of real light wood. They are tongue and groove made to add to closets to make them smell good. I used them because they were real light and fairly easy to work with during the cabinet construction. To simplify things a bit during construction I used epoxy to bond the boards together.

If I remember right I backed my chair into this one when I left it open.

To fix this door all I had to do was put some tape on the back to prevent epoxy drip through and mix and apply the glue which I just did. 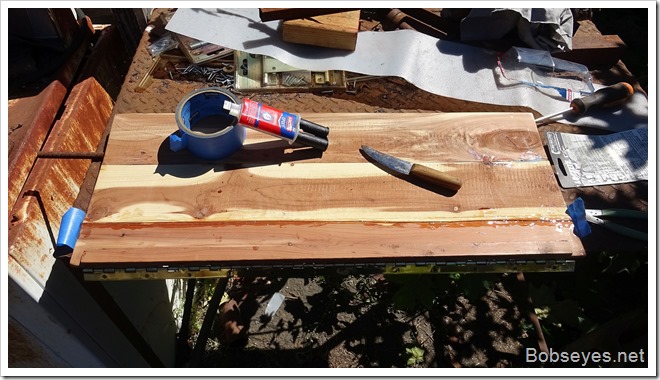 In five minutes it was dry but I left it until later as I need to screw it back into the cabinet where it belongs.

Keeping the critters out

Sometime during the day I installed another critter guard in the ground for another gate into my chicken pens. I still have several more to do which I will get to as time permits and I’m trying to take it easy so I don’t need to do them all at once. 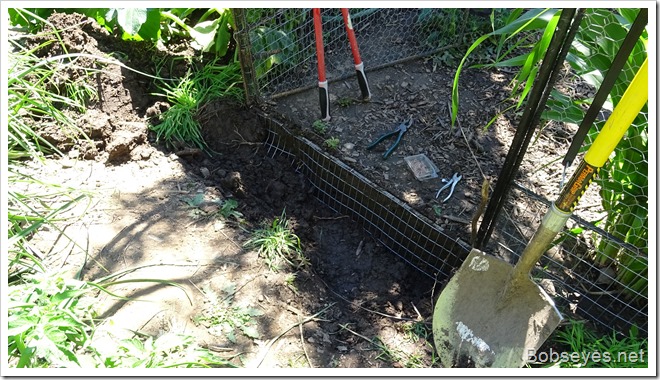 I mostly just puttered around today.

Later in the day I picked some pole beans for a big pot of vegetable soup I want to make tonight. 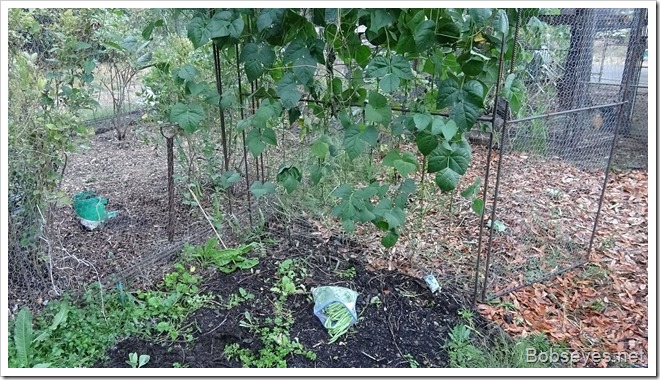 I like these beans so I put a lot in the pot. 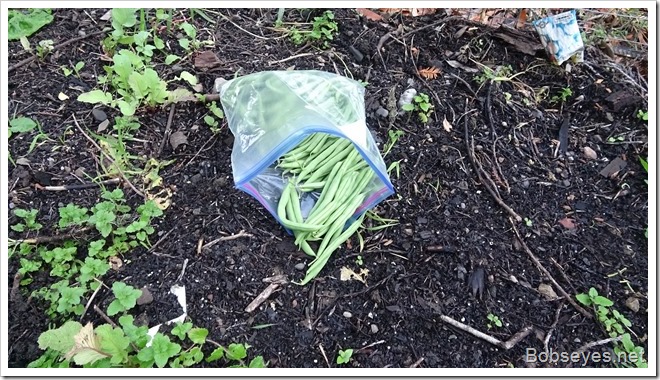 I also picked some tomatoes and squash for the pot. 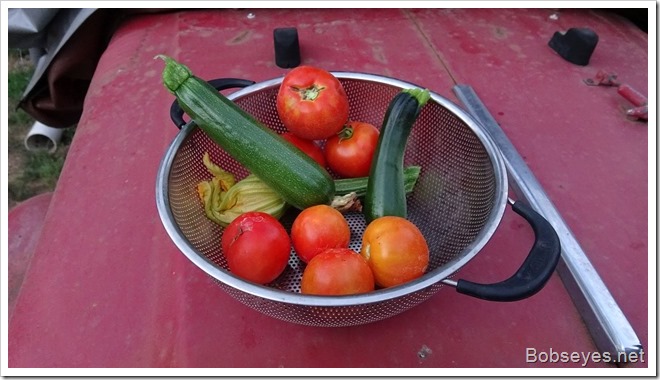 Good enough for me to eat

I’ll add some potatoes and a some cabbage. My brother Tom gave me a big cabbage the other day. It had a crack in it so wasn’t good enough for him to sell but plenty good enough for me to eat.

I also went over to his garden and picked some broccoli that was past it’s prime but also perfect for my pot of soup.

I just got it all chopped up and it’s cooking on the stove. I cook it for about two hours to bring the flavors out in the liquid soup. I found that works better than one hour as at one hour the broth is a little weak.

I’d put some barley in there too, but I keep forgetting to buy some.

Tomatoes really bring the flavor up too. When I don’t have them I use a couple cans of tomato paste instead and it really makes a difference. I use the paste only because it’s easier for me to get it corn free. Most of the other canned tomatoes have citric acid added which comes from corn these days.

Not really a vegetable eater

I find that I’m not really  much of a vegetable eater with dinner. I’m more of a fruit eater as I eat it most of the day off my fruit trees.

But, even though I’m not much on vegetables, a big pot of vegetable soup I can eat on for over a week and it’s very good. Yummm.

That was my day for a nice one as I didn’t work too hard.