Enjoying the Reflections Paddling At Monte Rio On the Russian River

I didn’t really have anything planned today and the sun was out nice, so.

I headed down to Monte Rio and put in my boat at the boat ramp and started down river. The wind was mostly not existent which always makes for a nice paddle.

And there was mostly no one else on the river. I only saw one guy on a paddle board all day.

It must have been high tide down at Jenner as most of the river was like a big lake as the high tide can back the river up in the Monte Rio area.

I paddled on by these ducks feeding along the river’s edge.

And made it down here at the Villa Grande Pool where I continued on down the river. 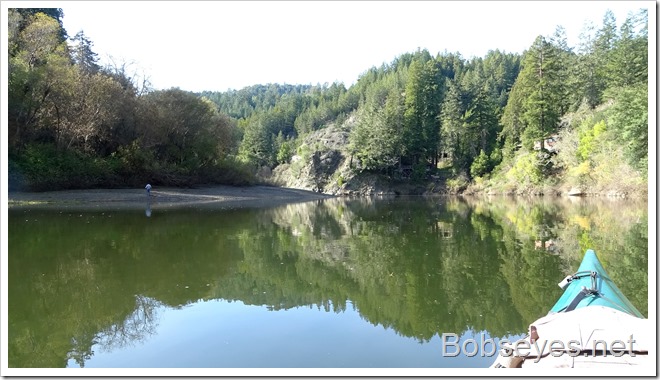 These cormorants and ducks watched as I paddled on by. 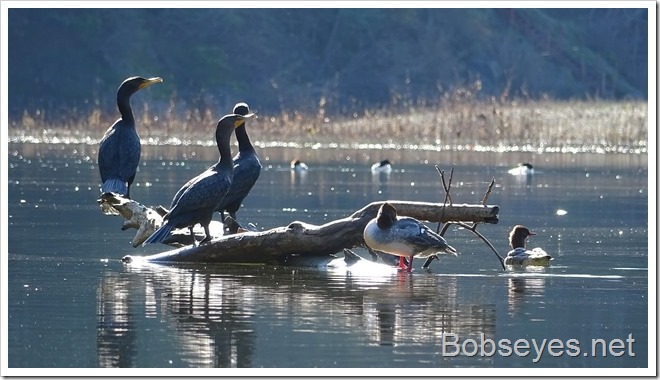 I was going to go down the river a couple of miles or so to the Cassini’s RV Park and then paddle back up the river.

Nice reflections as I paddled along. 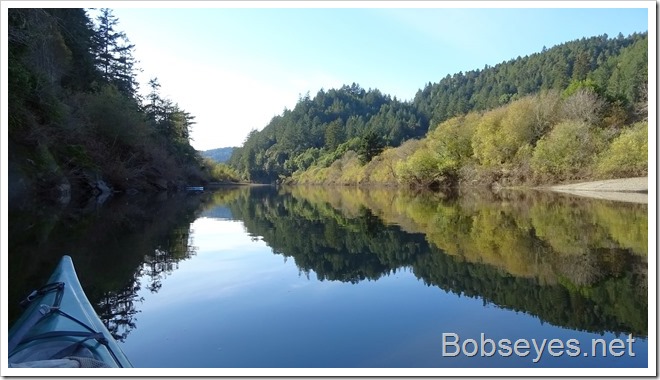 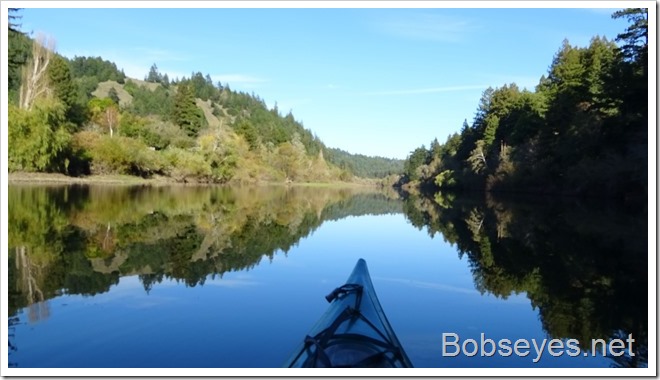 I paddled over here and sat by this moss for a bit before continuing on down the river. 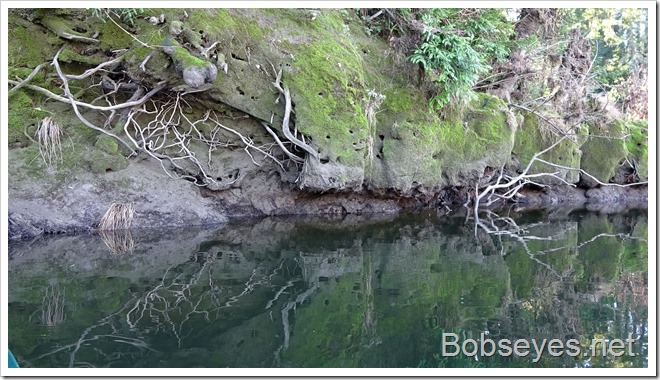 When I got down near Cassini’s I saw some turtles getting some sun while they could.

This was as far as I was going today, Cassini’s RV Park is across the river from this spot. 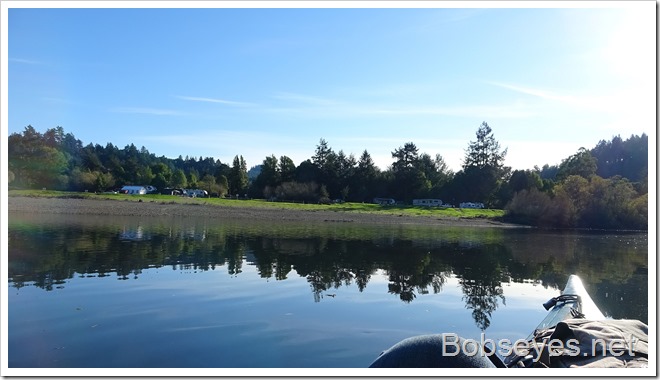 After a good break sitting there in my boat on the water I started my paddle back up the river going by these two turtles.

I stopped in this area for a bit before continuing on up the river. 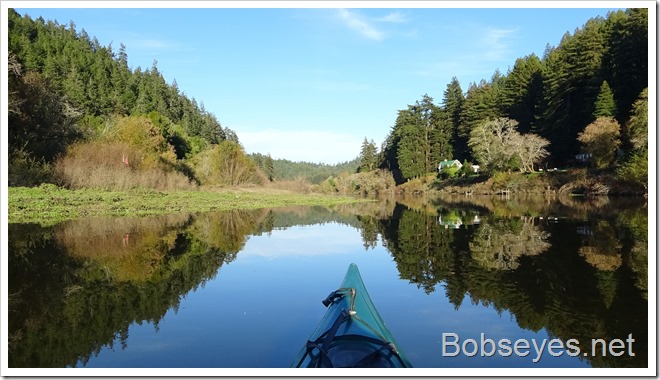 I spotted this great blue heron up ahead. As I approached closer I could see it was intent on something so I was able to get fairly close. 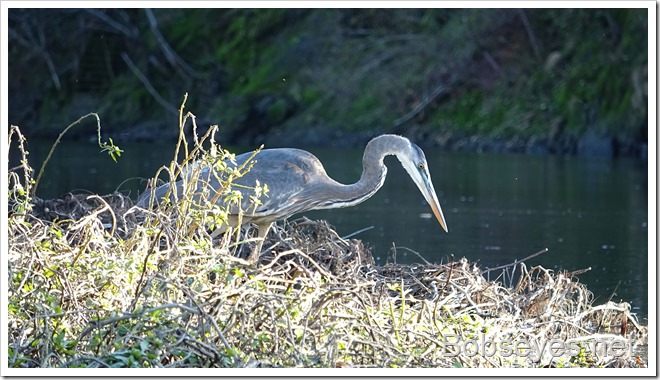 The heron made it’s move. 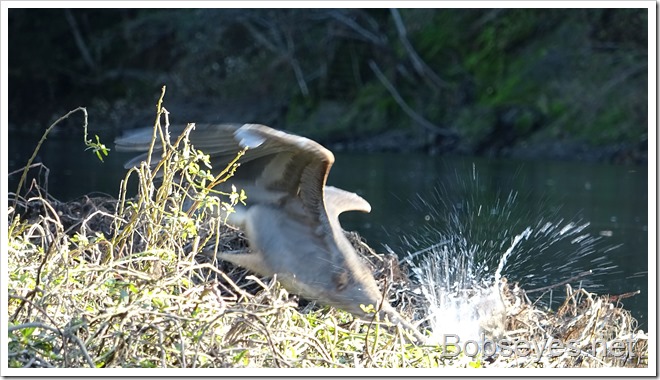 It got it’s fish and soon made it disappear. 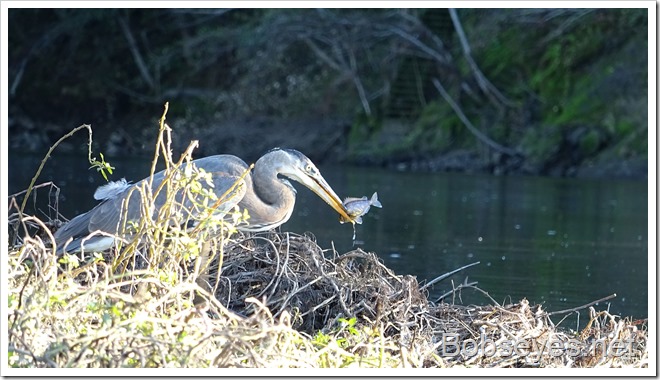 I got back to the boat ramp at Monte Rio around 4:30, loaded up and headed on home. 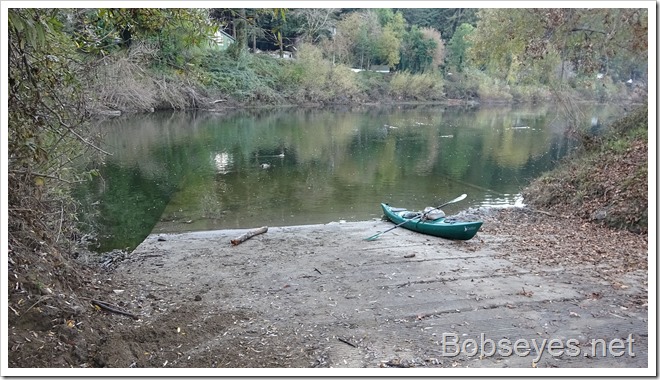 It was just getting dark when I got home so that was it for the day.