First thing I did today was go over to my neighbors and install a switch box to hook up a generator to the house if the power went off. It was a fairly easy job for a change.

After that I checked on my chickens and made sure they  had food and water.

Here’s  a few of the peeps. They sure run around fast, like little speeders. 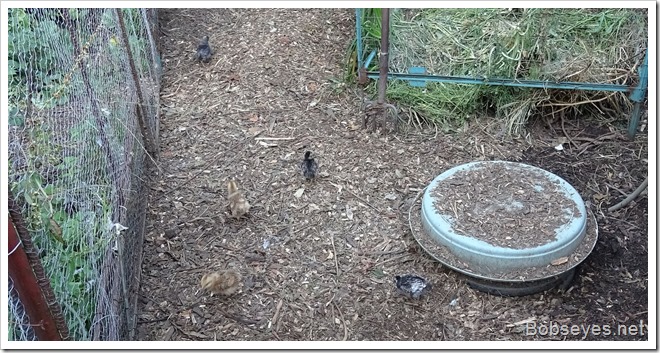 Then I put another coat of paint on the small shelf I’ve been working on as set it to dry. I think one more coat should do it.

Need to check the water

Since I noticed the water was low in our water tanks the other day I needed to take a ride up and see how they were doing filling up with water. As long as I was going that way I took five gallons of diesel up to put in the dozer.

I ran into the guys that gave us the woodchips while crossing the main road out front. 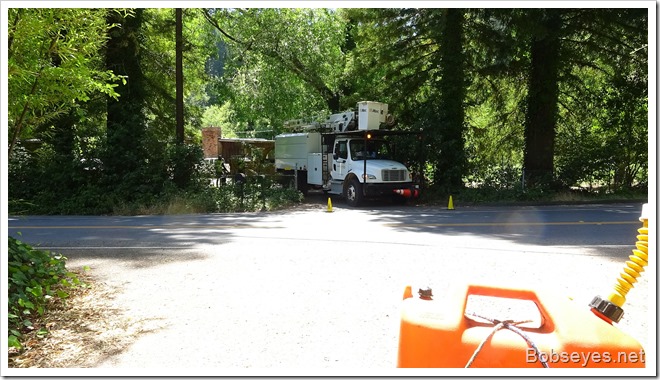 Fuel for the dozer

I found the dozer right where I left it and poured the fuel in the tank. 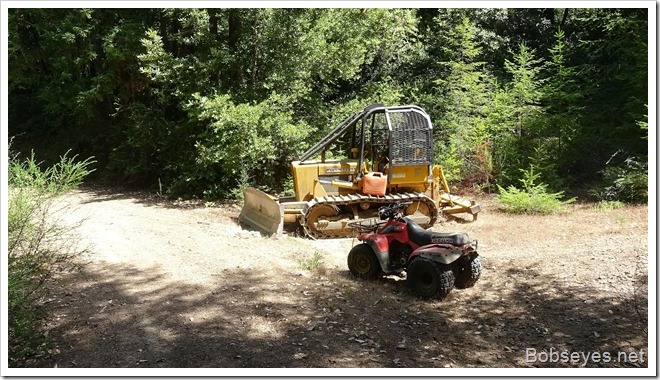 From there I rode on back down the hill to our water tanks just up ahead. 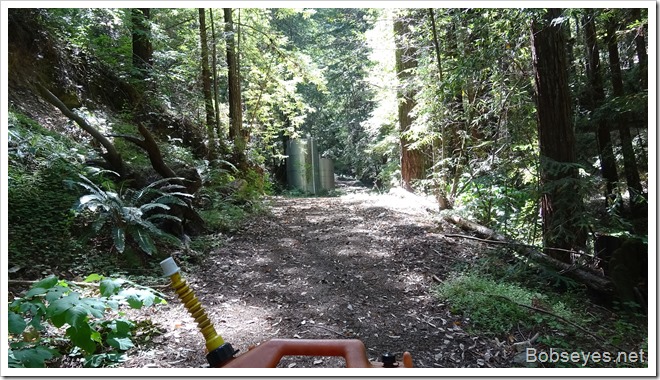 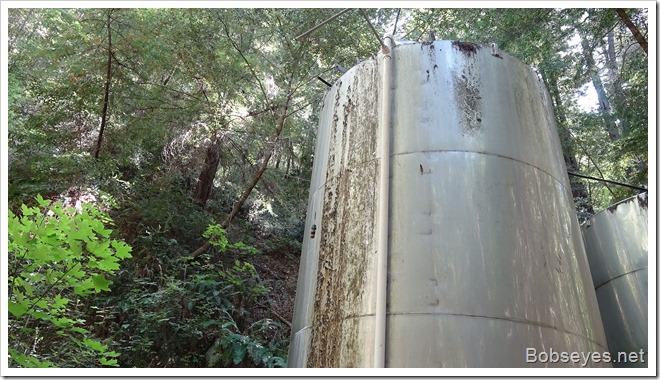 Measured the water coming into the tanks

I parked here as I decided to check how much water was coming into the tanks. 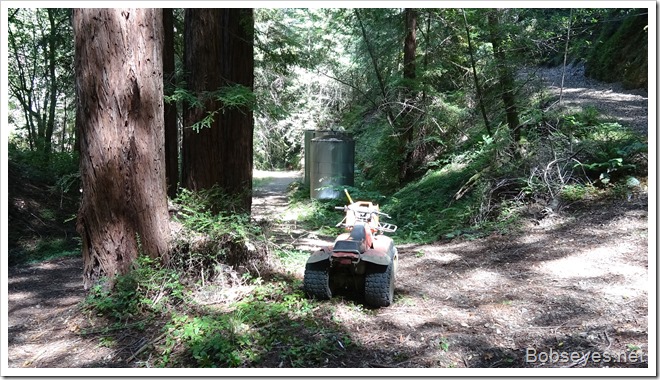 I started up the hill and realized I forgot my watch to measure the time for a gallon to flow into a gallon paint can.

I decide I could just count seconds and that would have to do.

So I walked up into the forest about a hundred feet here to where the water valves are on the incoming water. 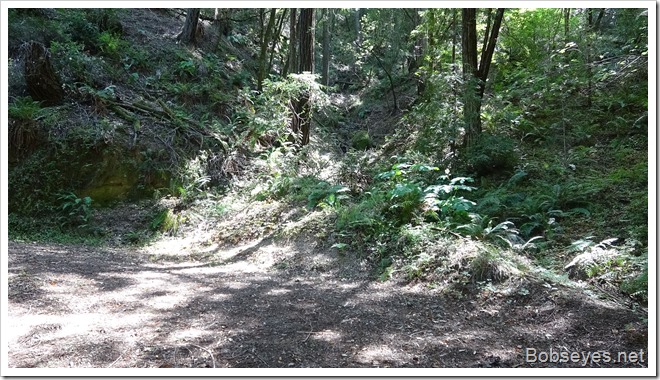 This is the little ravine I walked up. the valves are just up ahead about in the center of the picture. 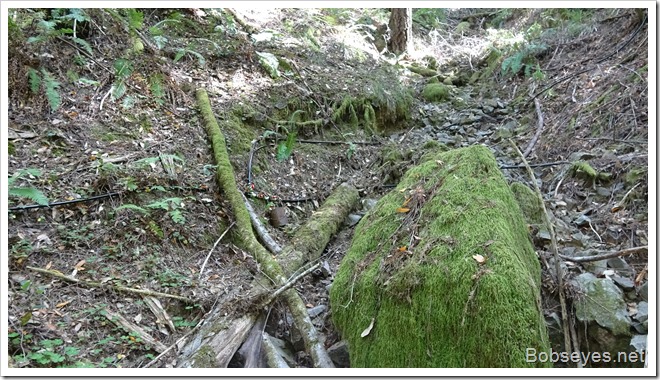 Pipe valves on the input lines

And they look like this. Two lines coming down from springs up on the hill going into the line that goes to the tanks off to the left. The gallon paint can is how I measure how much water is coming down the hill. 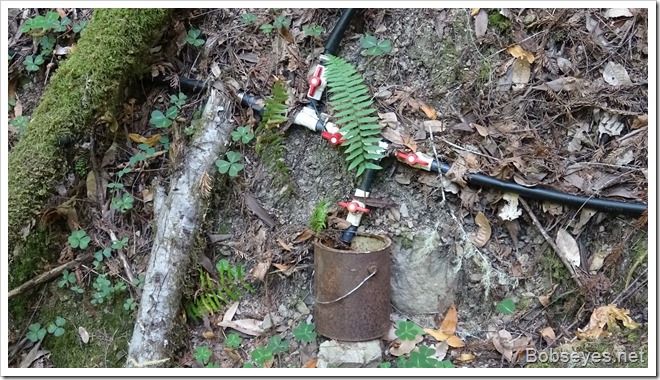 I left there and drove on down to one of my brother’s gardens where he is growing strawberries for the farmer’s markets.

I hadn’t noticed this patch the last time I was in here. 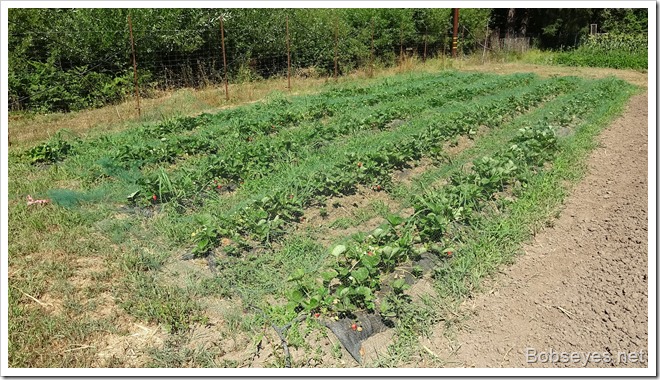 And here’s a larger patch. I ate a few delicious berries with much flavor. 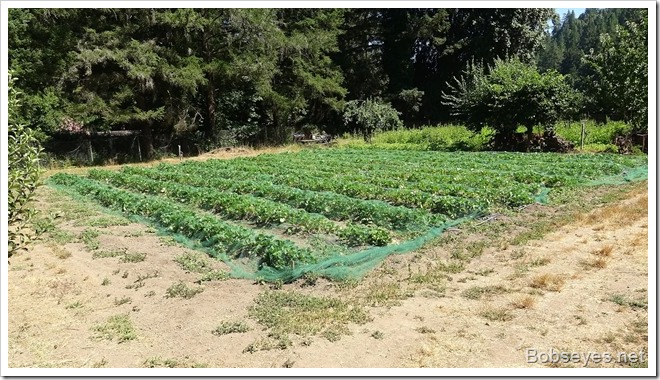 Here’s a close up of some of the  berries. Yummy. 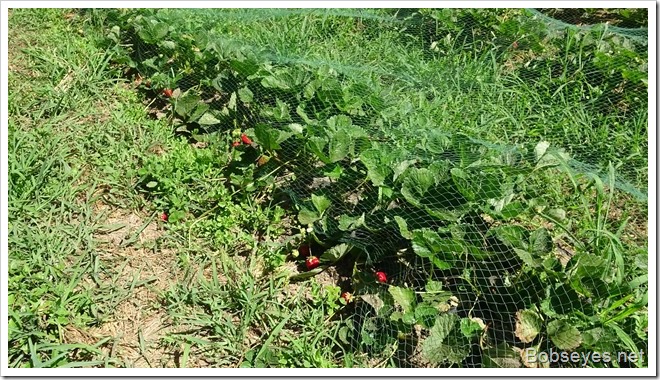 On the way home I went by this neighbors and stopped to compliment her on her wheelbarrow handle guards. The darn things are easy to bump into and get hurt as I banged my hand against mine the other day. Just little pieces from pool noodles. Looks like a good idea to me. She was busy doing garden work. 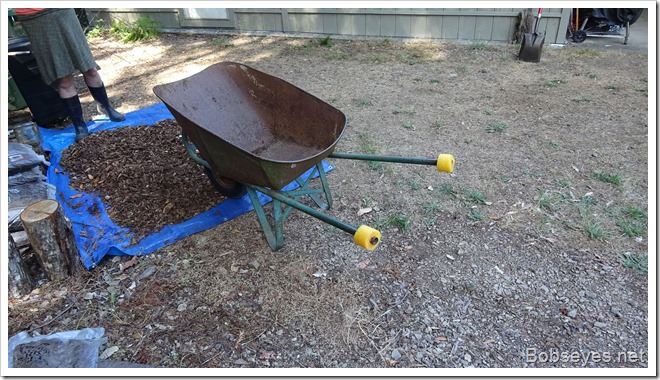 Once home I noticed my brother and his helper had finished planting carrots in this plot I fenced in the other day. Apparently he’s known as the Carrot King at the farmer’s markets. He grows them small and tender. He has a lot of carrots here and also some other patches elsewhere. 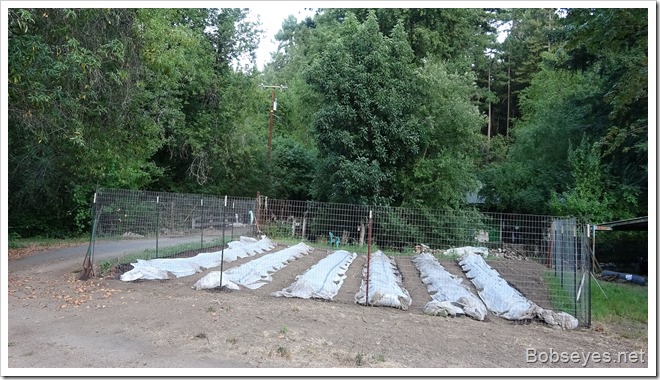 I moved woodchips from this pile to the plants. I was amazed how hot the pile had gotten inside in the short time it’s been there. It was almost too hot to touch and steaming a bit. 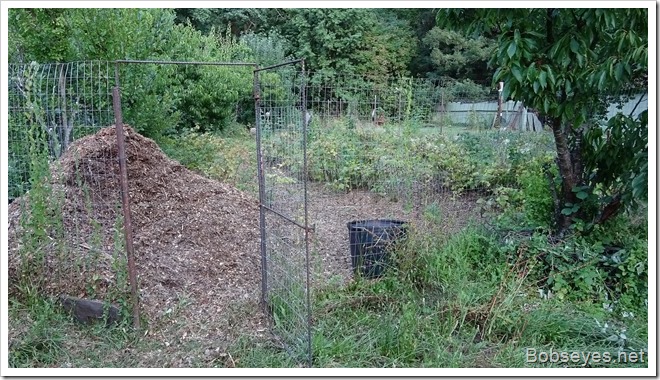 Here’s the raspberry patch where I’ve been spreading out the woodchips. I think I could use another load of chips to finish it off but at least it’s a good start for now. 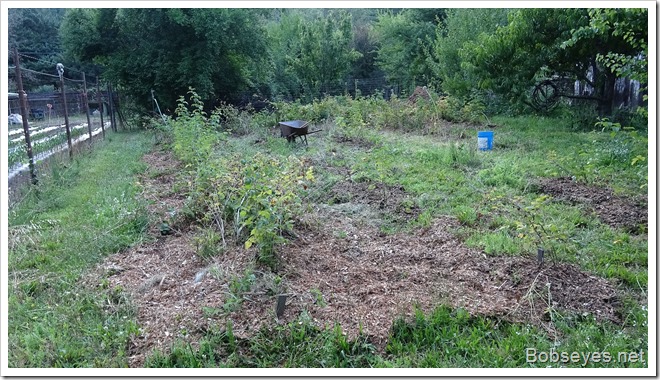 That was pretty much my day for another good one.