Egg Shells, Rats, Trail Work and a Visit With My Cousin

I eat a lot of eggs, more than most because of my corn problem. Interesting enough the health doctors are finally realizing the benefits of eating eggs. Eggs  are the only food we eat with all the stuff for life in them. No other food can claim this, only eggs from chicken, fish or whatever. And the high cholesterol that they have is proving to be more good for you then not.

Anyway, I get a lot of egg shells from this practice. And what do I do with them. I crush them up and feed them back to the chickens so they can recycle them and make stronger egg shells on their eggs

I use the small log to crush them up a bit although the chickens don’t really care. They seem to love them and gobble them up, no matter what size. 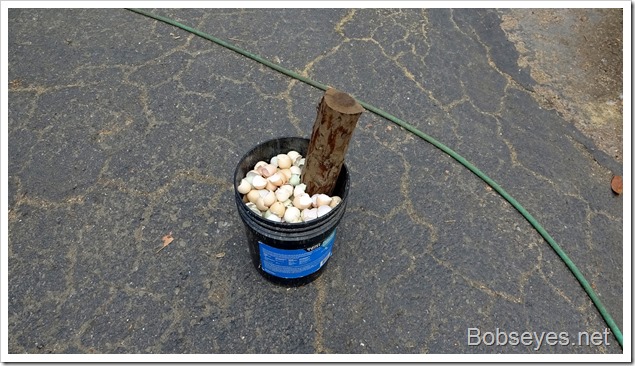 Then I put them in this dispenser for them to eat when they want. They eat them up fairly quickly. 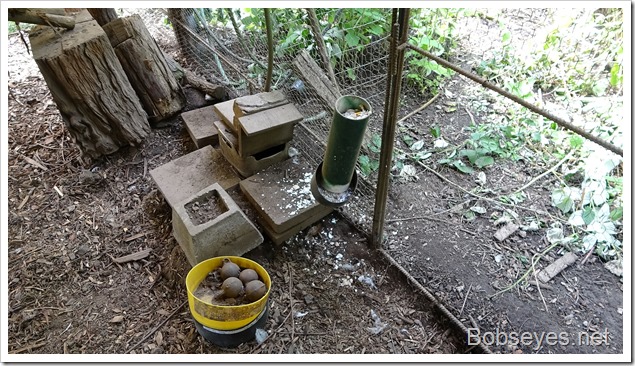 I don’t particularly mind the rats cleaning up chicken feed at night but when they kill  my young chicks, I do mind.

The problem is rats are hard to trap, most of the commonly used ways of trapping them or killing them doesn’t work on the smart ones, so one needs to be creative.

My idea is to leave this feed box door open all night so the rats can get used to eating from it and eventually remove the feed and put some feed in there that is not good for the rats to eat. If that doesn’t work I can also set the door up to close on them or I can maybe pull a string to set it off. I have a cam setup that goes to my computer so I can watch the action as  motion sets off the camera recorder, which is good as I can see what’s working and what isn’t working. 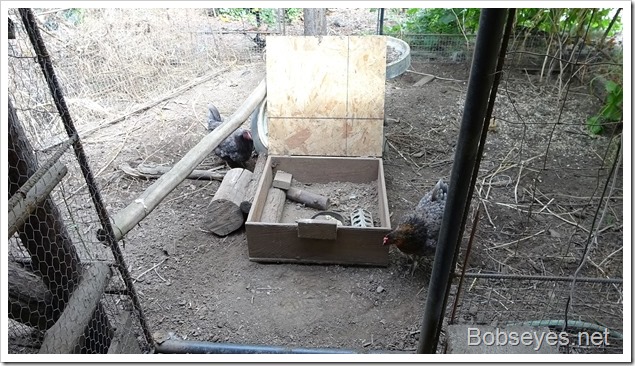 I have to be sure to shut it before daylight when I do the deed to keep the chicks out of the box.

After messing with that and some chair hopping I went in the house for a nap and after that cooked up todays meal and had another nap.

Around 4, I went to start the quad and the battery was low,  so I put the charger on it for about an hour before taking it up into the hills to do some work.

Which reminds me I forgot to put  the charger back on it when I got back so will do that right now before I forget.

That’s taken care of and I turned on a couple sprinklers while I was at it. 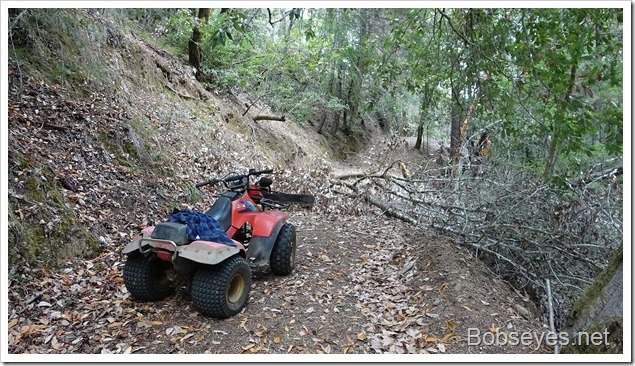 From there I continued on up the road to where I’ve been doing some trail improvements. I’d cut this log to get it out of the way a couple weeks ago, but I didn’t cut enough off it so I removed about another six feet of this and worked with the Pulaski for a bit too, moving dirt. 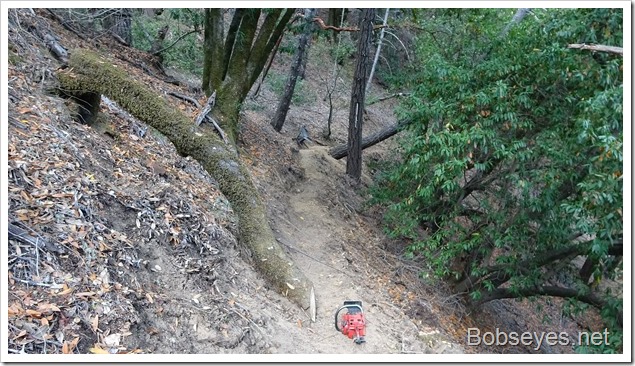 As I was working away I heard someone say, hey. It turned out to be my cousin with  her two dogs out getting some exercise.

We shot the bull for a good while then they took off up the road and I got back to work for a bit. 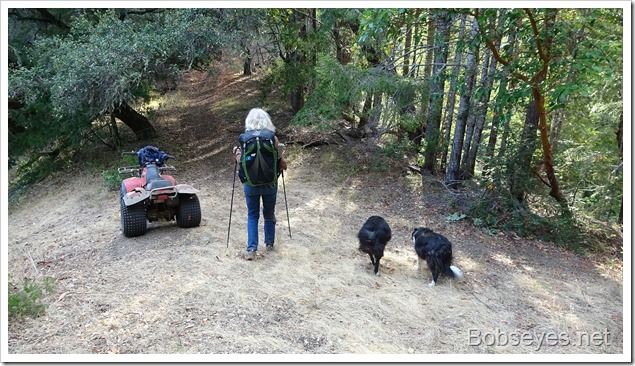 The sun went down while I was up there and the forest started to darken as I sat in my chair and enjoyed the evening. This is a very peaceful spot. 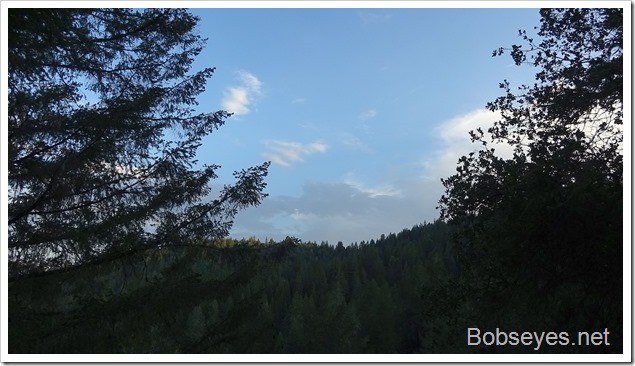 Eventually I headed down the hill and  headed on home.