I took care of the chickens and was up on a ladder eating cherries when my  brother Barry pulled into the yard with his truck.

We ate some more cherries then hopped on our dirt bikes to ride up into the mountains to ride through the redwood forest.

We stopped at Indian Spring for a drink of water. 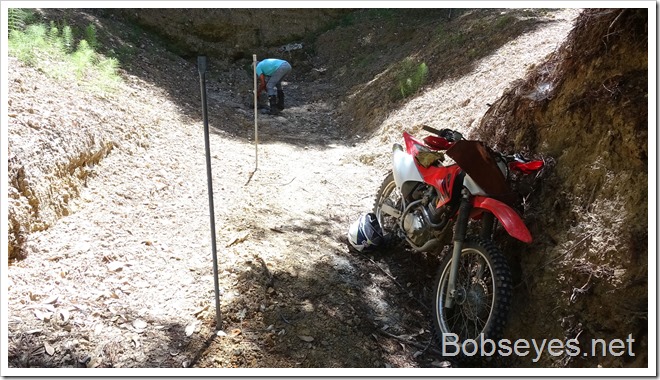 And then rode around the roads for about a half hour before heading to the Top of the World for a break.

There’s always some work to do

We were just about there when Barry ran into this downed tree. Since he was leading he got to move it for us to get by. 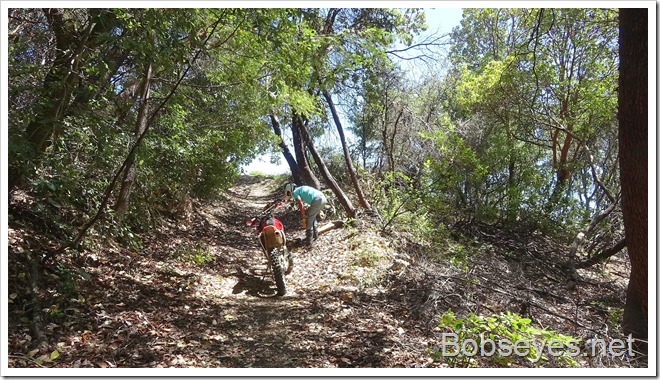 We pulled into the Top of the world for a good break and to enjoy the view. 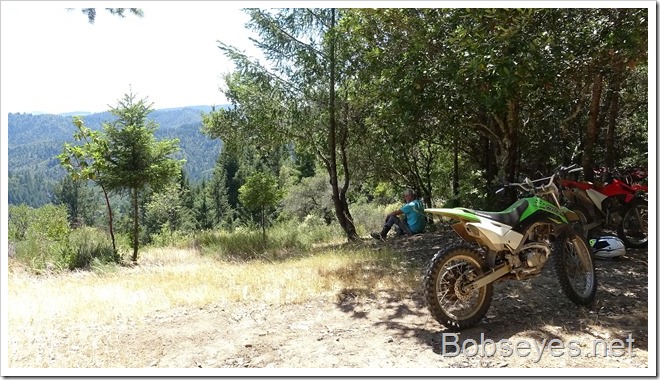 The view from the Top of the World lookout. 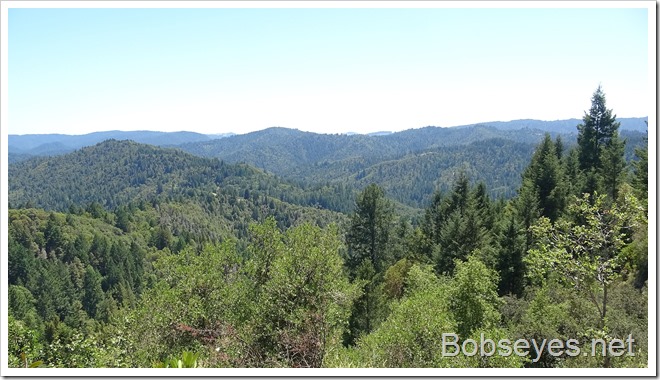 From there we rode down the hill and I attempted to cross this creek. 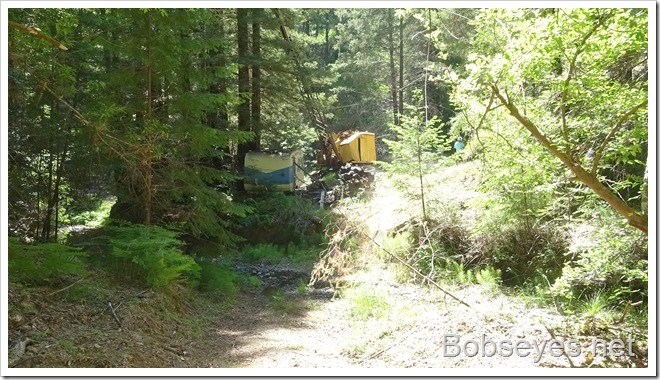 There’s a little six foot straight up just in front of Barry that I let get the best of me. As I was going up it I was in second gear instead of first gear unbeknownst to me and the bike stalled and I slid back down with the bike on top of me. I did drew a little blood where a blackberry thorn got in my finger but other wise I was unhurt but beat up a little.

Barry says you want me to ride it up as I was recuperating so I say sure we’ll get up there faster. 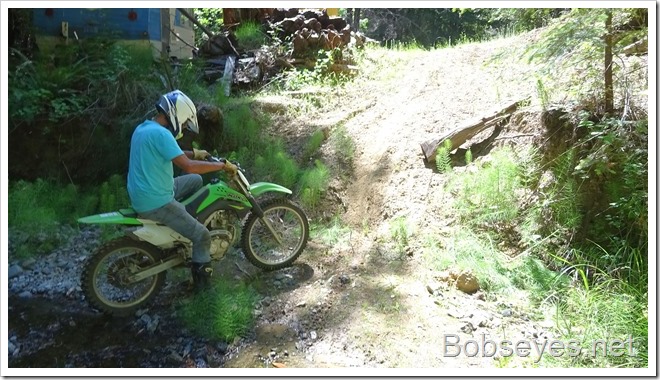 So he showed me how and rode it right up out of there. 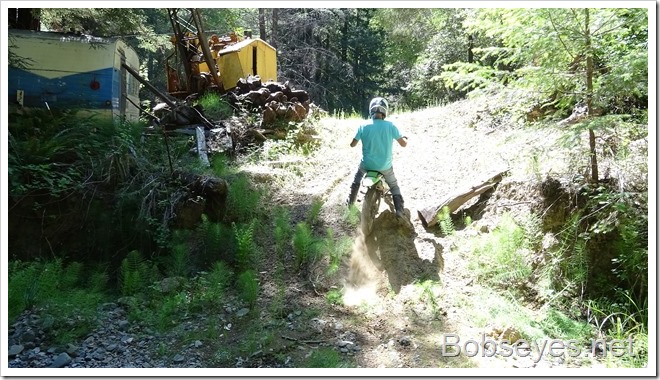 We couldn’t get through some gates so we rode back through the creek and back up the hill until we ran into another downed tree blocking the road. 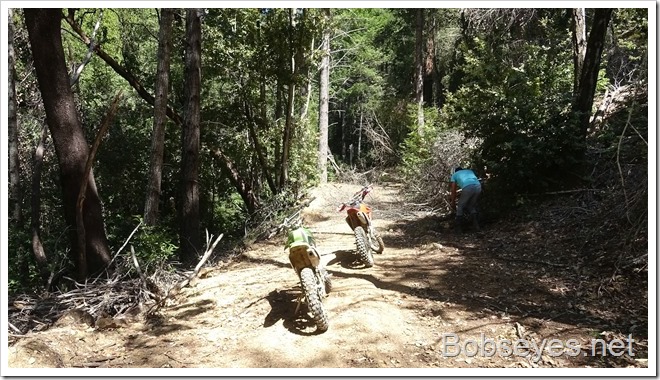 Barry was talking about a trail through this area so I says lets take a short walk and check it out. He had on  his dirt bike boots which aren’t very good for hiking so that’s why a short walk. 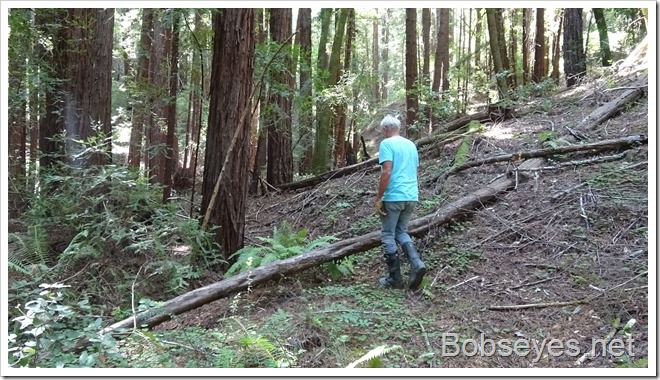 There was sorta an old road up through here, or at least it used to be. 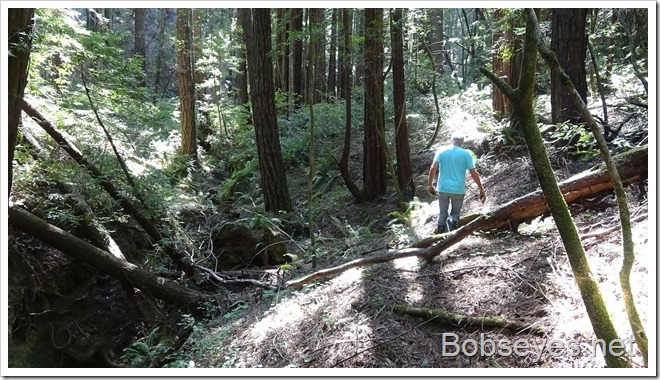 So much for a short walk. We got sucked in and kept going up along this creek. 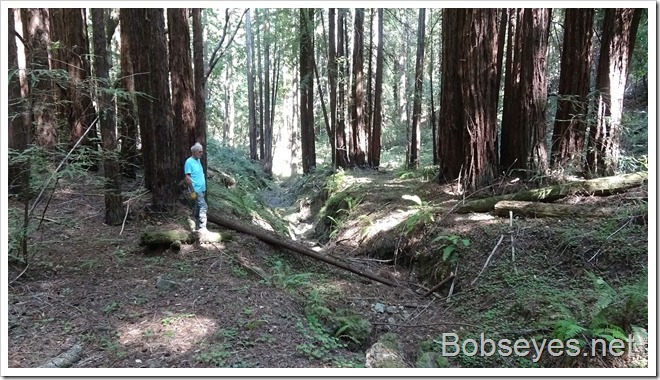 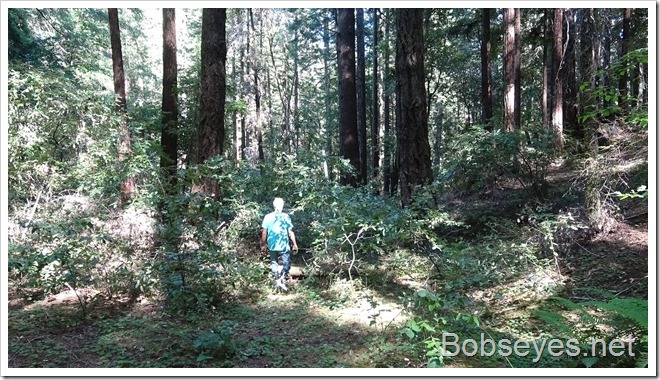 As you can see it’s a beautiful area for a trail. 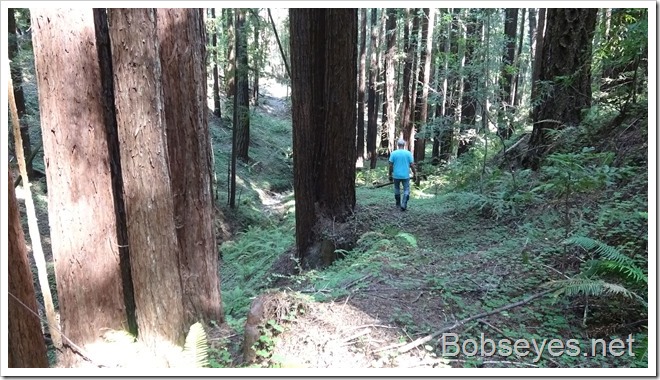 We made it back to the bikes after a longer walk than planned. 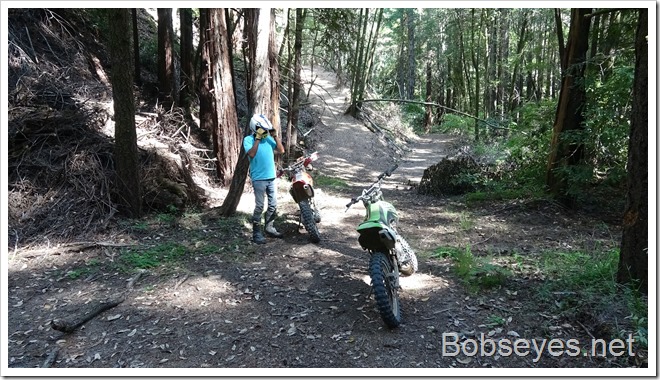 From there we headed to Tom’s garden as Barry wanted to get some little carrots for a soup he was making at home and then on to my house.

That was a nice ride and walk. We really have our own little park here to play in and enjoy.