Drove to the Overlook and the Mouth Was Closed and Naps

Some days it’s harder to get going than others

I was slow getting it going today so I didn’t leave for Jenner until after noon.

When I arrived at the boat ramp in Jenner I could see the wind was up and I was feeling more like a nap than a yak.

So I decided to drive down to the overlook at the river’s mouth area on the highway just north of the town of Jenner.

This is the overlook looking back up the river with the ocean on the top right. 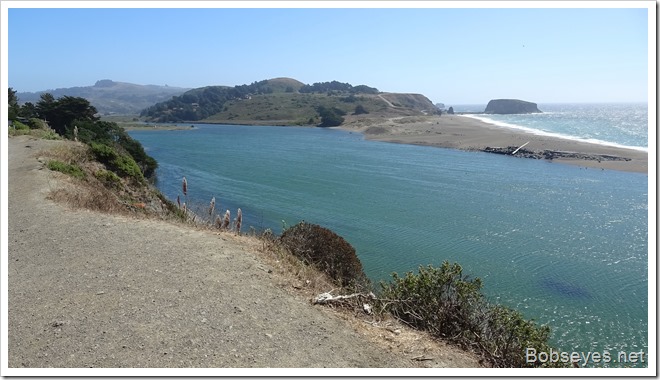 Looking to the north where the river was flowing into the ocean a few days ago, it’s now blocked by the sand bar. The ocean can push that sand up with it’s waves and close the river’s exit into the ocean which it has done.

That’s the river in front and the ocean in back with the dammed up sand bar in the middle. 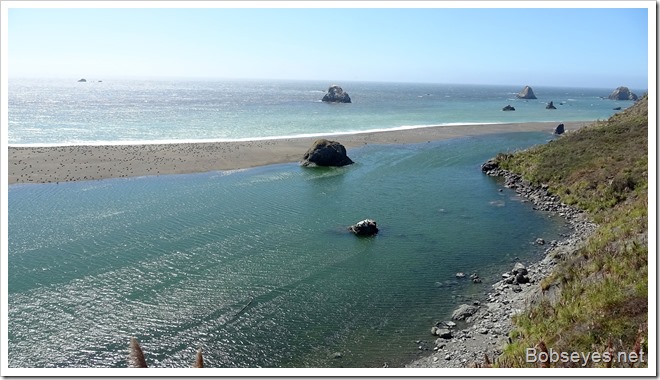 This is looking south from there at the jetty area where the river’s mouth usually goes out this time of year, but it’s also closed. 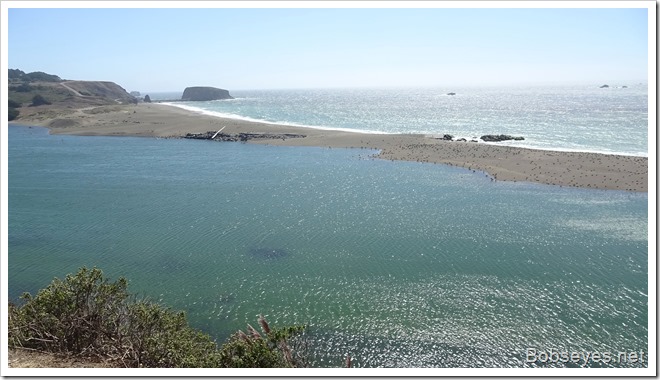 A closer look at the jetty area. Lots of birds down there just resting. 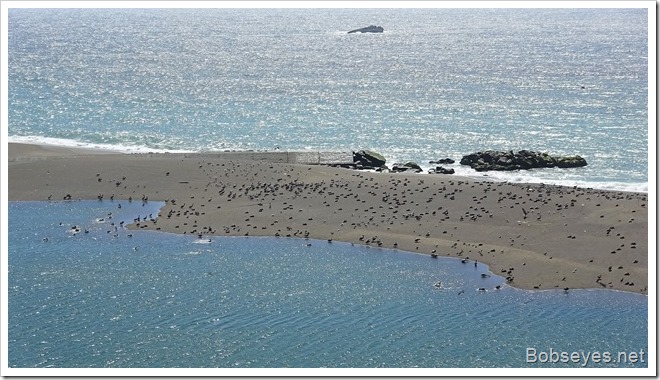 A closer look at some of the birds resting down there. Brown pelicans and seagulls and cormorants mostly maybe with a few terns mixed in too. 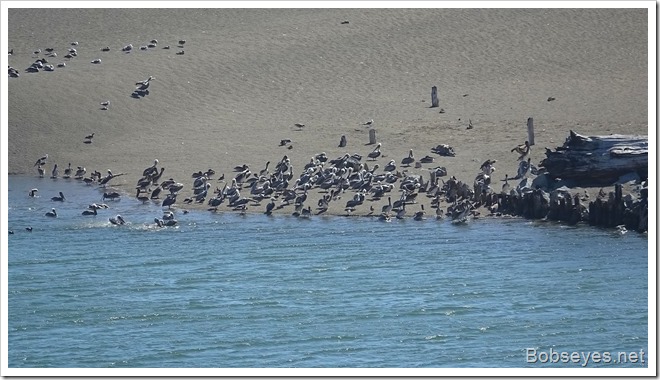 I napped in my car at the overlook for awhile then drove back to the boat ramp where the final decision was made to return home for a nap and that’s what I did.

I had intensions to work on some stuff in the yard, but not much got done except for me sitting around enjoying the day.