Drove to Jenner To Yak, Too Windy So Drove Back Home For the Day

It rained during the night by had stopped by the time I got it going today. The weather guys said it was going to be windy today, but sometimes they are wrong, so I got my gear together and drove on down to Jenner to have a look.

The weather guys were right, it was windy and cold, so I took this picture of the boat ramp and drove on down to the overlook on highway 1 just north of Jenner. 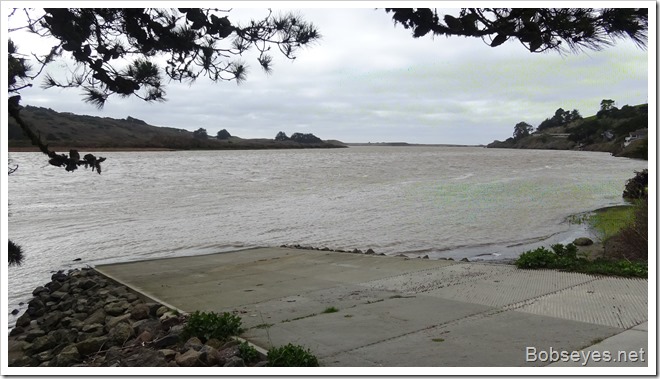 Cool at the overlook

It was windy and cold when I got out of the car to check out the mouth area.

This is looking out the river’s mouth into the Pacific ocean. I could see some seagulls resting on the sand on that point to the left. 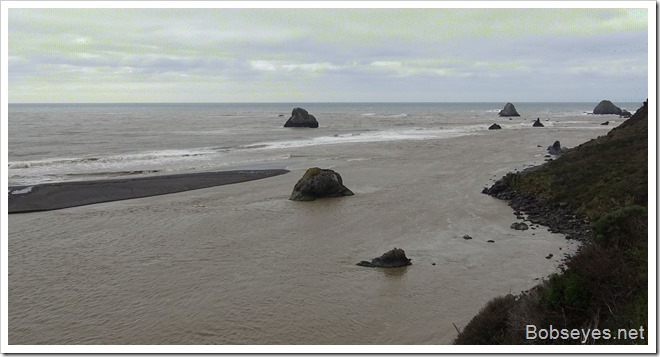 There’s the group of seagulls on the beach. 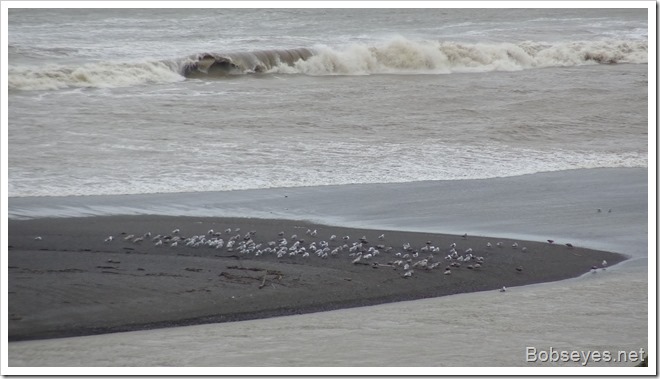 And this is looking over the jetty out into the ocean. there are two groups of harbor seals down there and it’s also interesting to note the little inlet that has formed in front of the place the jetty has been washing out and opening up this winter. 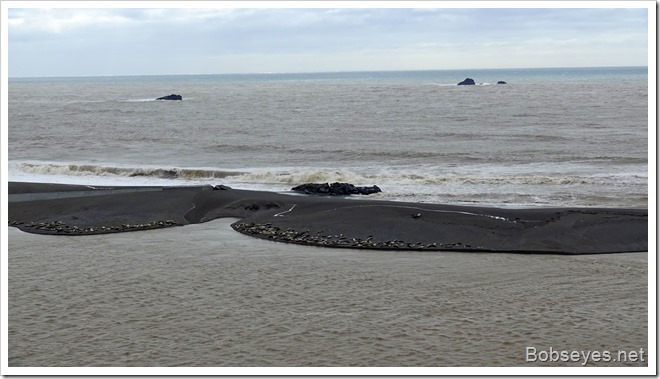 You can see the little inlet that has opened up and one of the groups of harbor seals resting on the sandy beach. 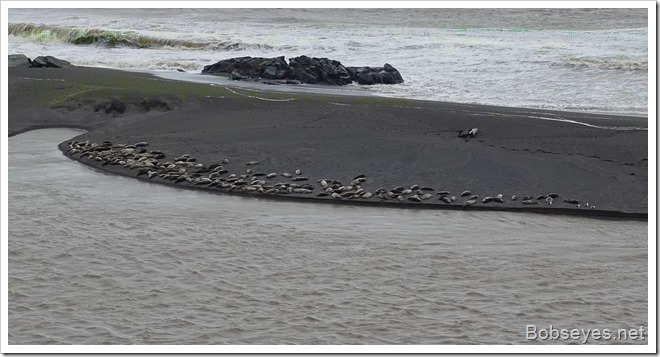 Green lines in my photos

Another thing I noticed today is a bunch of green lines in my pictures which is showing there’s something going wrong with my camera which isn’t a good sign.

I’ll try resetting it to it’s factory reset and see if that helps any otherwise it might be getting to be new camera time?

Too busy to shop

The yard was still pretty wet from last nights rain and it was rather cool out, so I spent most of the time taking it easy in the house.

I did look through my van to see what condition things were in as far as what food I had in there and what clothes and while I was at it I filled all my water containers up.

After that I needed a nap so I went in for a nap and then it was dark out and that was my day.

1 Response to Drove to Jenner To Yak, Too Windy So Drove Back Home For the Day