I decided to do some drone practice today so I got out  my drone stuff and hooked it all up for some practice. 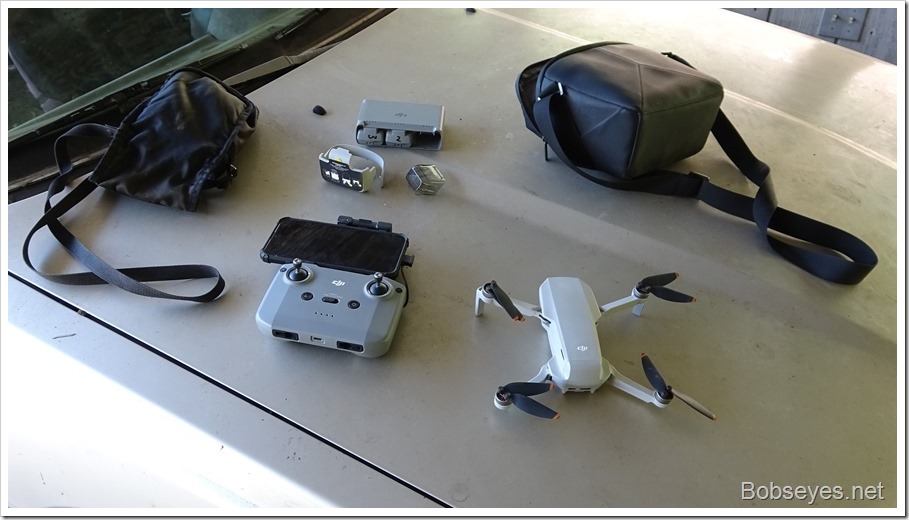 Instead of flying the drone up high, I practiced flying it around the yard driveway at a height of less then ten feet as I felt this would give me the best practice learning to fly it. 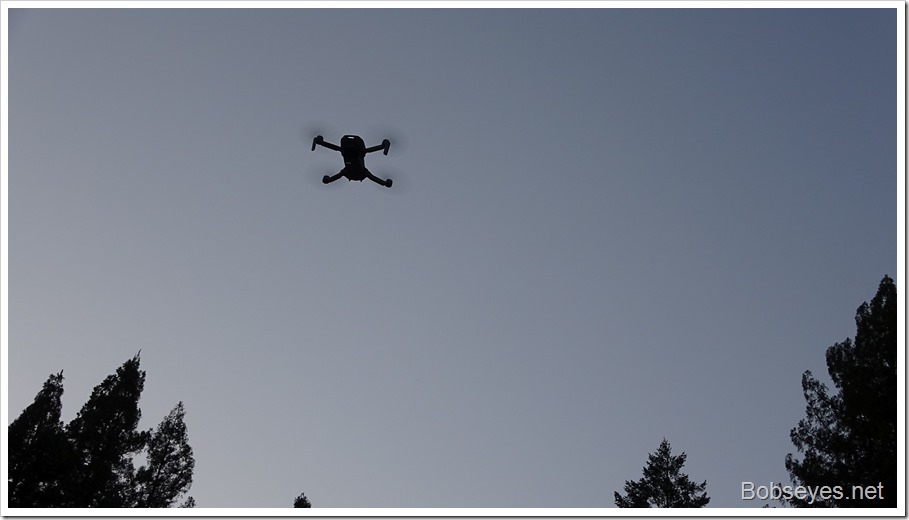 I practiced flying it about this height and around and around the driveway using it’s camera to guide it when it was out of sight. 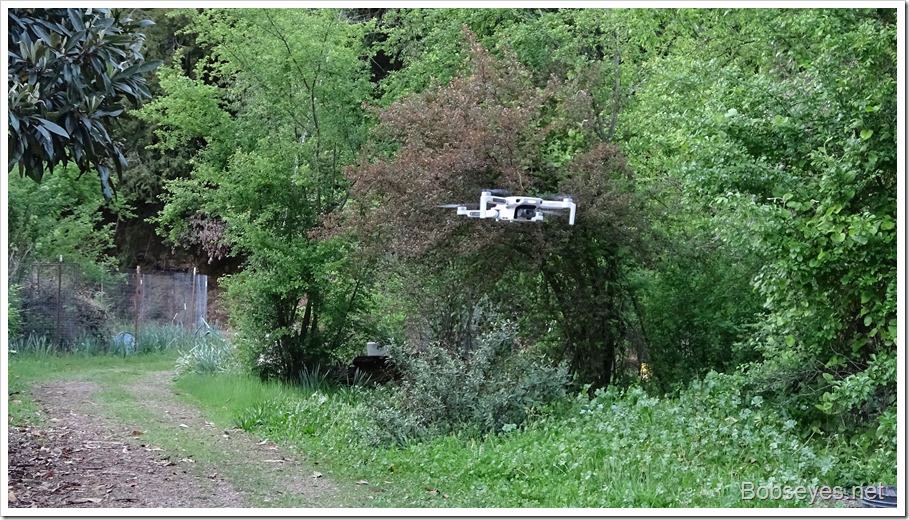 I used up one battery, about 30 minutes, then put it away until later.

I was headed out on the quad runner when I ran into the UPS man at the gate. He had my  new gate controller so I loaded it up and took it back to the house to install a  bit later. 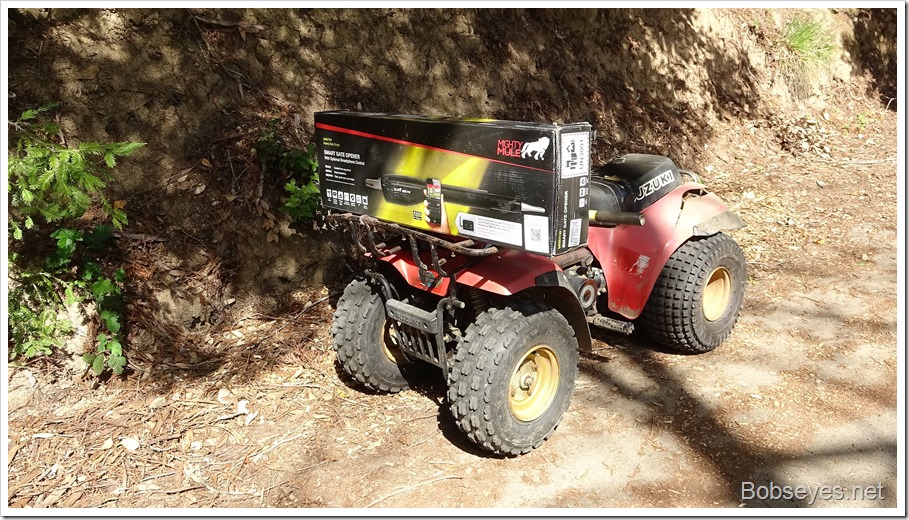 I then rode on up into the hills to work on a trail for a bit. I just did a little as I didn’t want to get too tired out as I wanted to install the new gate controller a bit later.

I rode on up this road to the trail I wanted to work on and worked for about an our or so. 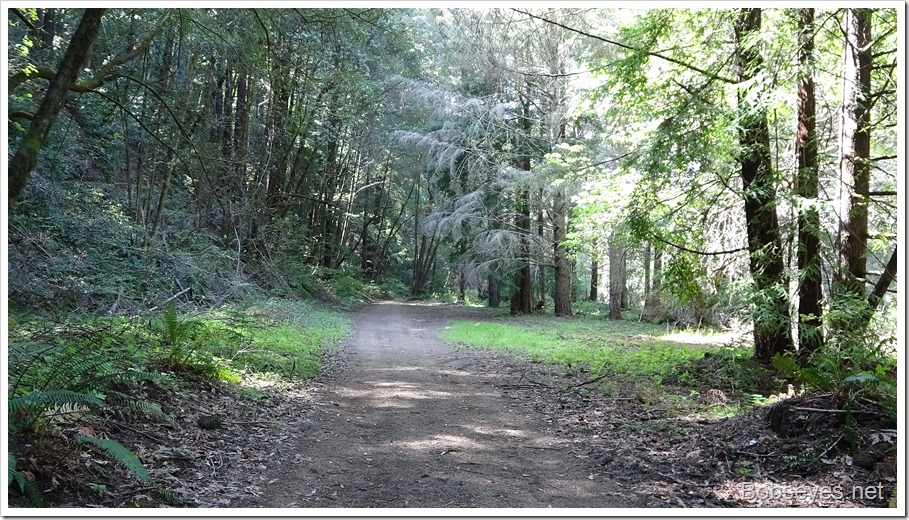 After that I headed back to the house for a short break then got to work on installing the new gate controller. 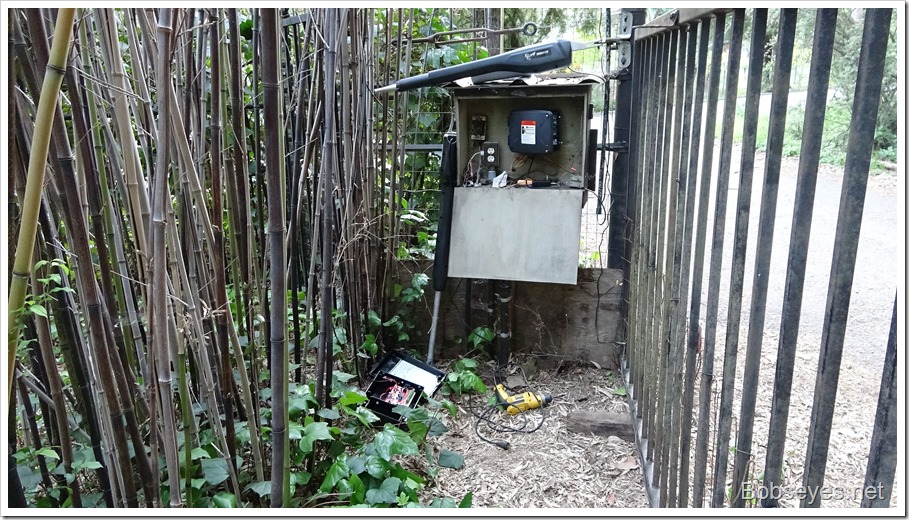 The new gate controller is an all new design so I had to replace everything from scratch starting with the electronics. 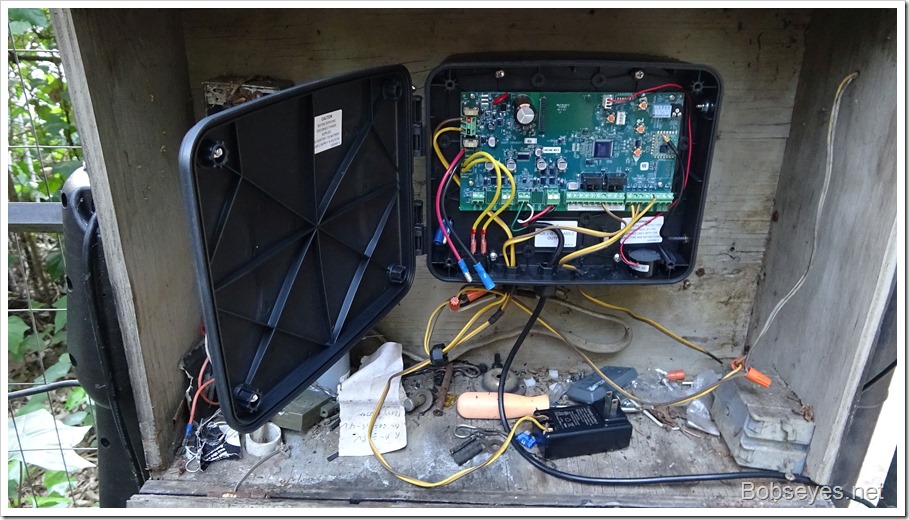 I got most of it all wired up but decided to wait to do the final stuff tomorrow and fly the drone around the yard again just before dark.

But first I took my loaded my kayak on my car so I can use it soon, maybe tomorrow.

Then I launched the drone and started going around the driveway again at low altitude. 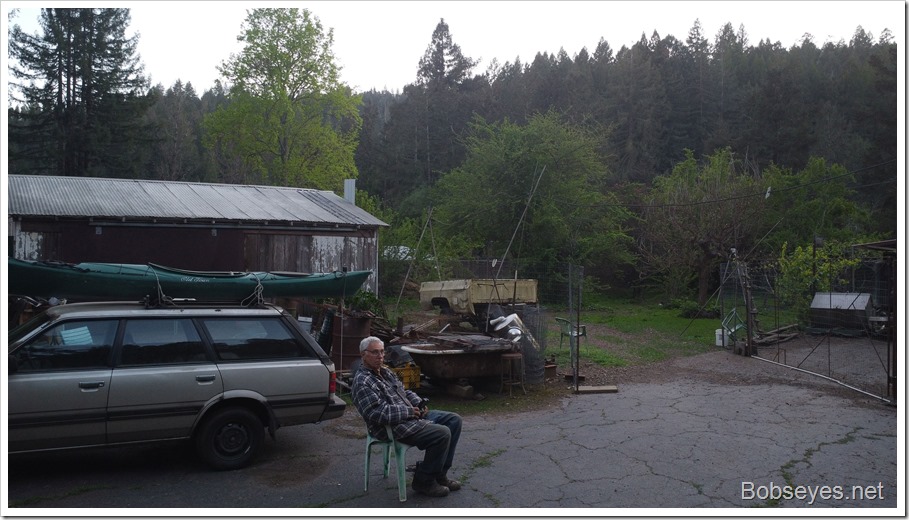 Right away I crushed it on a redwood tree branch.

The cat found it first and was weary of it, not knowing what it was. 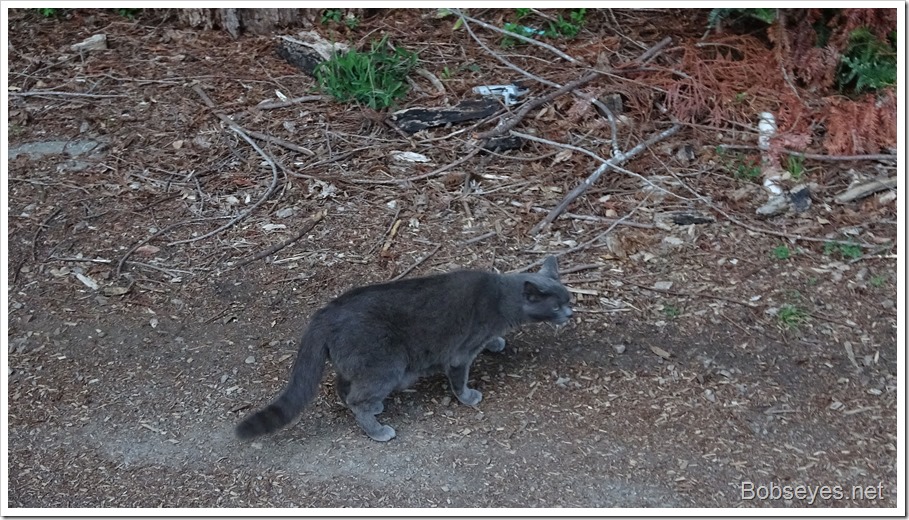 Once I got involved the cat played like it wasn’t of interest. The drone crashed here but was only about five feet off the ground when it hit a branch. The front propeller arms had folded up but that was it and there was no damage. 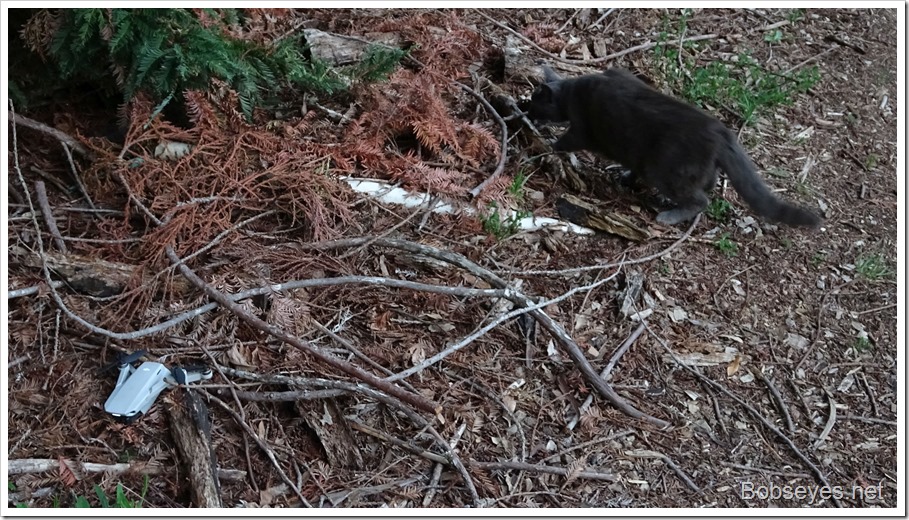 I got it back in the air and went up to take a couple pictures.

This one of my place. I have about an acre. 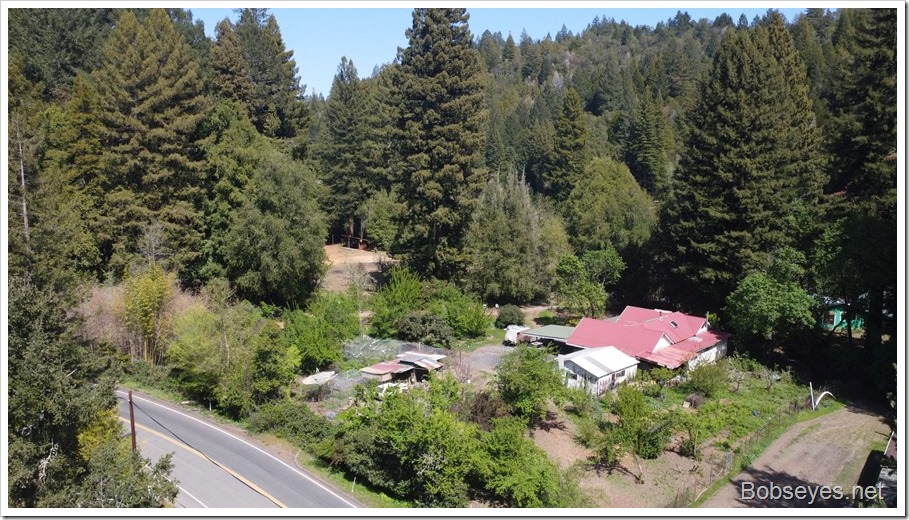 One of my brother’s gardens across the road. 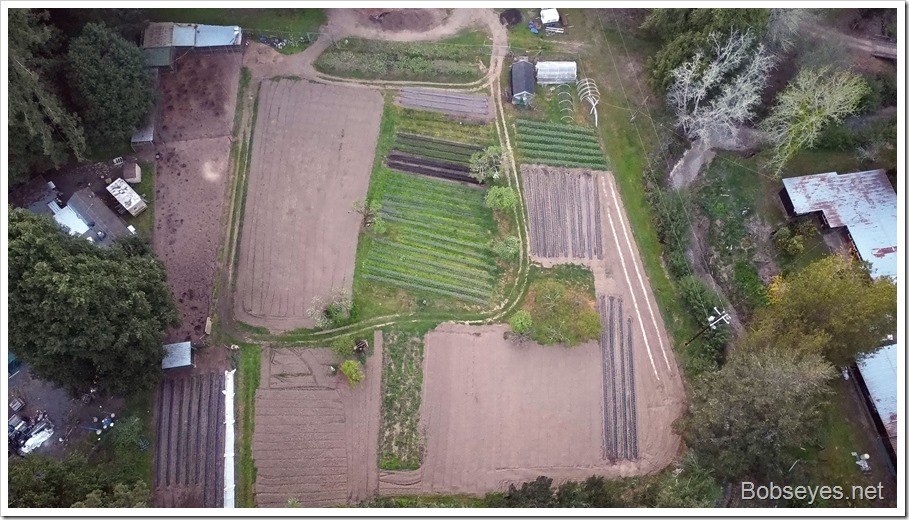 I brought the drone back down low and flew around the driveway a couple of times being a bit more careful not to crash again.