Too wet for today’s plans

I was thinking of going down to the river today and see how the fishermen where doing once this morning’s showers ended.

I waited but the showers didn’t end for quite some time.

I went out and fed and took care of the chickens and went back in the house were I planned to do some cooking. I wanted to try my instant pot for cooking hard boiled eggs so I put a dozen in the cooker for the six minutes recommended and cooked them. After they cooked for six minutes I let them release for six minutes then put them in cold water.

When I tried them they would not peel and were  done but too soft to peel a fresh egg. I need to do more like ten minutes on them I think.

The real only problem I find with the instant pot is you set a time and hope for the food to be done right, if not start again for some more time.  In other words you can’t just peek and adjust the cooking time for more or less without restarting.

Back outside in the drizzle

The rain was letting up some for a bit, just a light drizzle so I put on a heavy short and went out to do some stuff.

I let the chickens out to graze so I wouldn’t have to deal with them in the mulch pen. 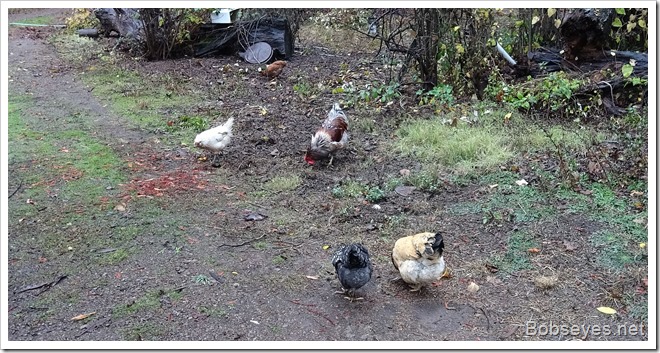 The mulch pen was getting to be real mucky so I added a couple wheelbarrow loads of woodchips which helped but I could see I needed some more. 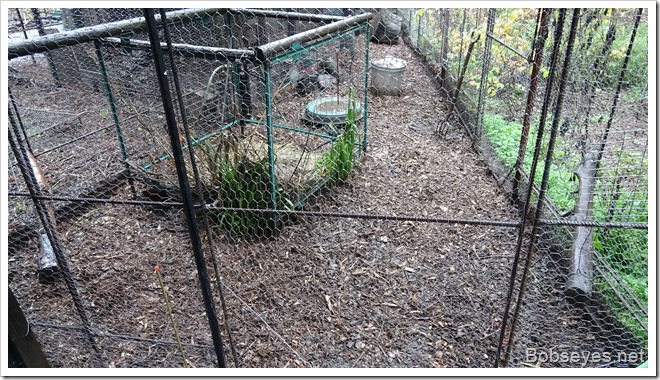 I also added some woodchips to the meat birds roost area which is on the ground here. Since they roost on the ground they tend to make a mess that they sit in after awhile. It’d be better for them if they roost up in the air like the other chickens but they don’t seem to dig that. 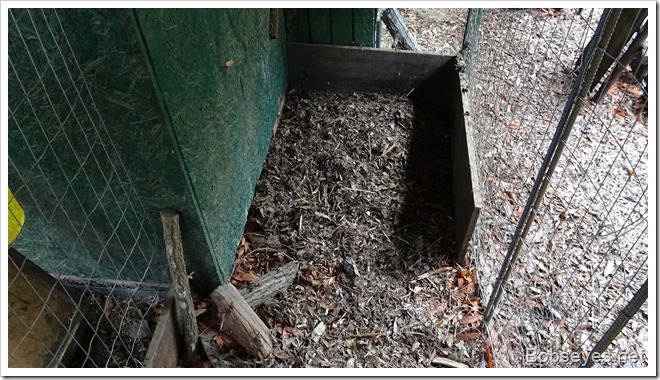 By now I was getting damp as it was still just drizzling a little just enough to get you damp from staying out in it so I went back into the house to dry out which was good as the drizzle was picking up a bit.

The drizzle didn’t look like it was going to stop when the weather guys said it was so it was a good time for a little test.

I wanted to test my 25 pounds of chocolate to see if it is corned or not so I made the two ingredient chocolate cake in the instant pot as a more or less experiment. It’s just chocolate and eggs and I know the eggs are safe.  I screwed up the recipe and forgot to put the yokes in the chocolate when I was supposed to which made it hard to get the egg whites mixed into the chocolate which I noticed but didn’t know why when I was doing it. But just before I got ready to cook it I noticed the bowl of egg yokes and corrected that problem. So I messed up the recipe a little but what the hey, this was all a learning process and a test so it didn’t much matter as long as they were at least edible and they were. I will expand on this recipe if my chocolate proves to be corn safe.

No spoonful of sugar

A little sugar would have been nice but I just wanted to test the chocolate for corn stuff so I did without for now as I don’t trust that either, although I think it’s safe.

They weren’t too bad but some sugar would of helped out. So far so good but only time will tell on the corn later tonight.

Back outside for some more puttering

Late in the day the showers slowed down to a light drizzle again so I put my heavy shirt back on and went outside.

The chickens were out grazing. 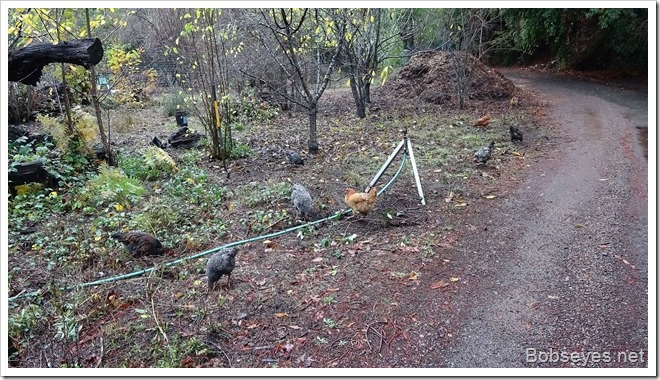 I got the wheelbarrow and put two more loads of woodchips in the mulch pen which the chickens like real well. 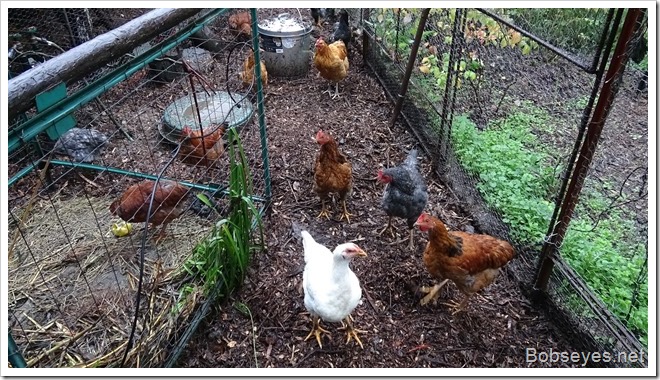 It wasn’t long after that it got dark so I was done for the day and went on back in the house.

We’ve had some nice rain

I noticed my water measuring bucket is almost full of water so we’ve had almost a bucket full of rain this last week which is a good start especially as it was spread out a bit and didn’t come all at once.

Nice day puttering in the yard and the kitchen. At least the rain keeps me from working too hard in the yard which is good and bad, but mostly good at my age. :O)