Drifting Down To Casini’s Checking Out the Steelhead Fishermen

Steelhead seem to be running

I decided to go on down to Monte Rio today and see about kayaking up river as the last time I was down at Jenner the estuary water level was high so it would be easy to go up. But when I arrived at Monte Rio, the water level had dropped, so I changed my plan and decided to go down stream instead.

Some sprinkles had started as I got to the boat ramp, so I wasn’t in any hurry to put in as I thought the showers would stop in a few minutes.

While I was a waiting a couple of fishing boats pulled up to launch so I got out of the way and let them put in first. Seems the steelhead were running and the fishermen were putting in to try their luck.

Here’s one of the boats putting in to fish the river. 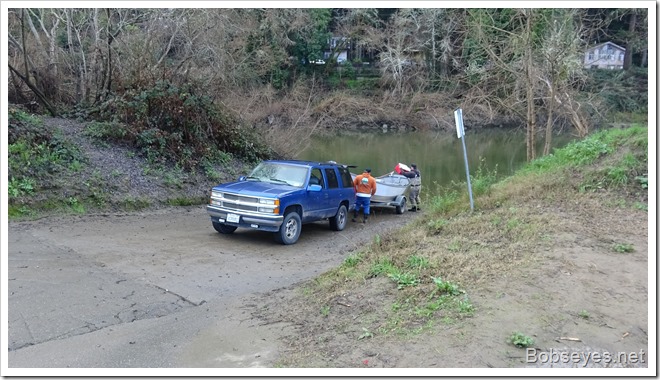 Eventually the showers stopped and I put my boat in the water. Here’s some ducks just below the Monte Rio bridge and some fishermen too. 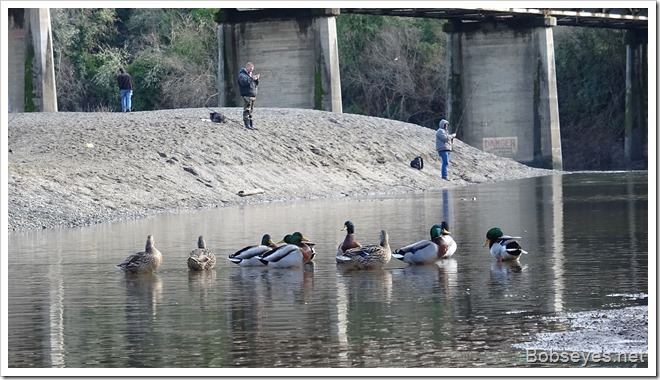 This is called the slot

With the water level down I headed on down stream. I pulled in to the right of the boats to chat a bit. 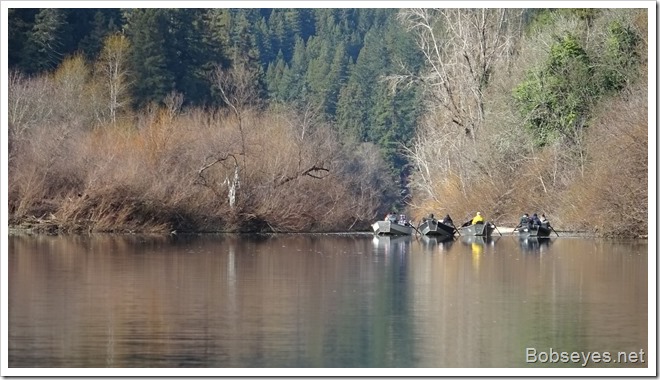 From there I headed down stream to the Villa Grande Pool just up ahead. 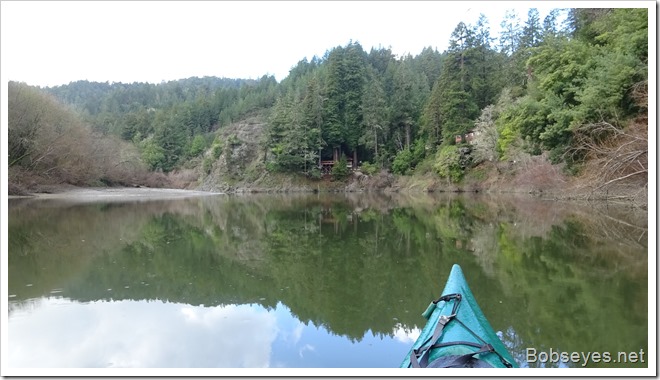 Drifting  on down the river

That was as far as I planned to go today, but the sun came out and the water was flat, so I let the boat drift on down the river going past this old guy fishing on the bank. 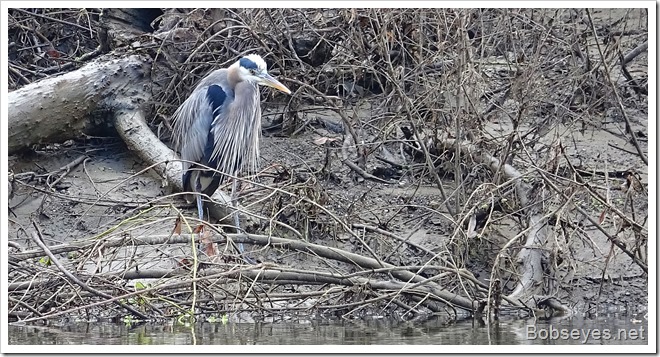 Waited out a rain shower here

Eventually I ended up at Moscow pool and it started to rain so I pulled in under a some redwood trees where it wasn’t raining and waited for the showers to pass. 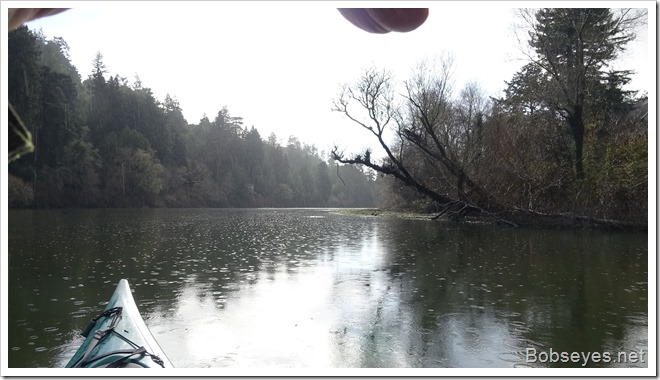 There were a couple of harbor seals hunting around the sides of the hole, but I didn’t see any action. 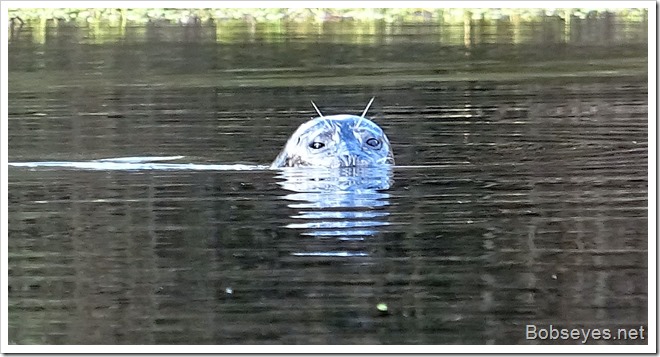 Once the showers stopped, I started down river again and paddled down to Brown’s pool at the
Casini ranch. I was surprised to only see one fisherman down here which I passed going down, Pete.

Here’s the bottom end of Brown’s Pool where I turned around and started back up the river. 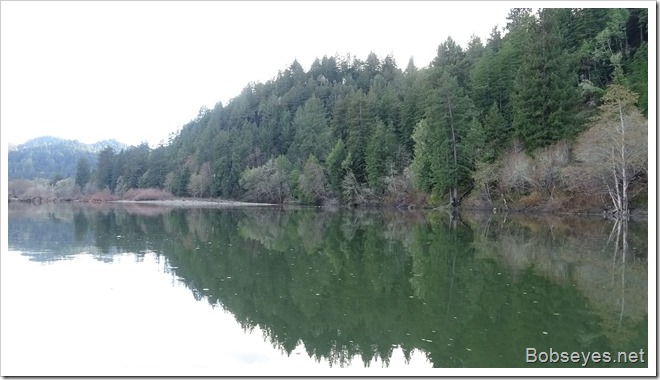 Chatted with Pete and saw some fish

I found Pete out in the water so stopped to chat a bit. While talking with him some steelhead swam by him headed up the river. 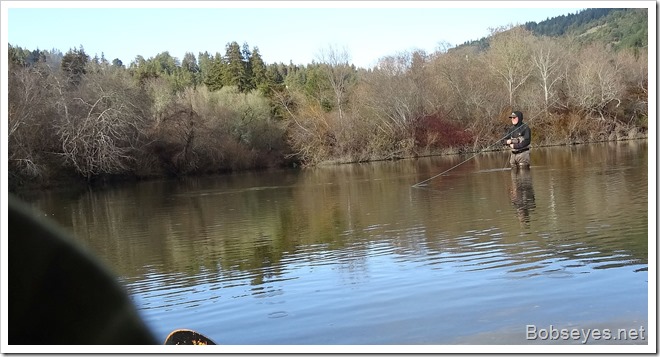 I left him at it and continued up the river. I spotted these deer at Moscow hole. 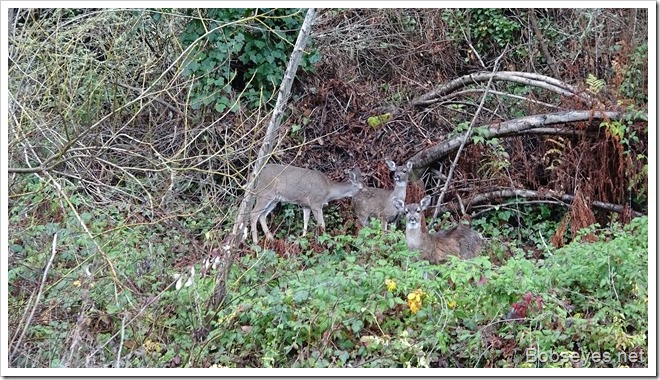 It was showering a bit as I watched this hawk keeping dry under the trees on the river’s edge. 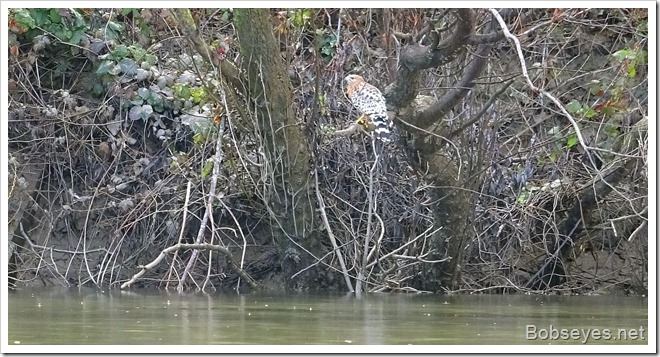 I continued to paddle on up the river. 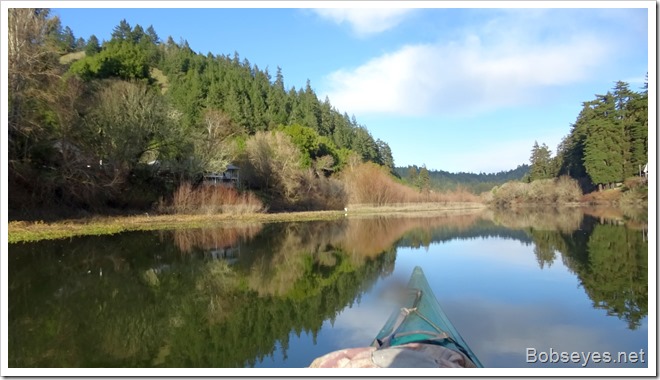 This king fisher was teasing me flying around, but finally settled for a picture. 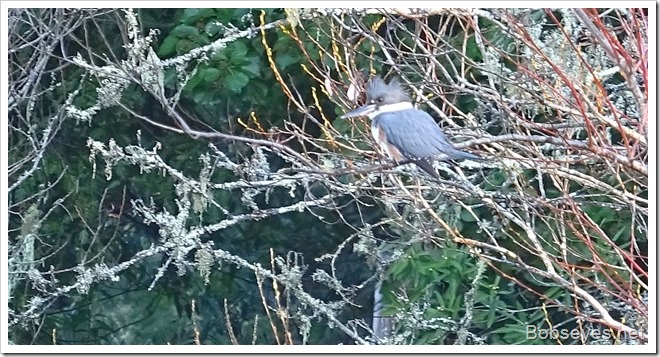 What can that be

I was paddling up here just below Monte Rio when I saw some action on the shore on the right. 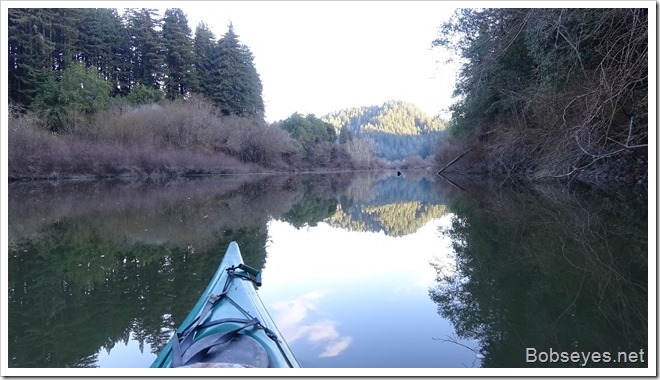 It turned out to be some turkey vultures eating something on the shore. 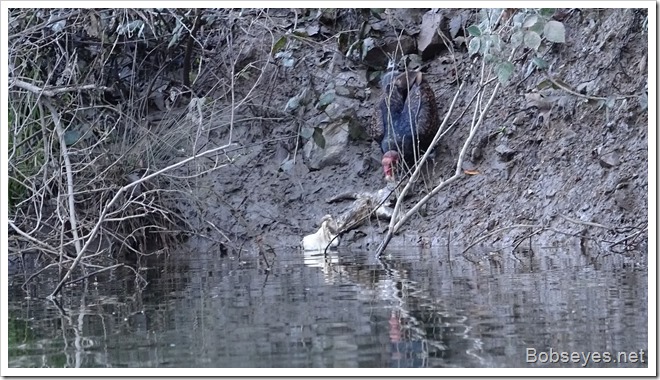 I’m not sure what that is or was? 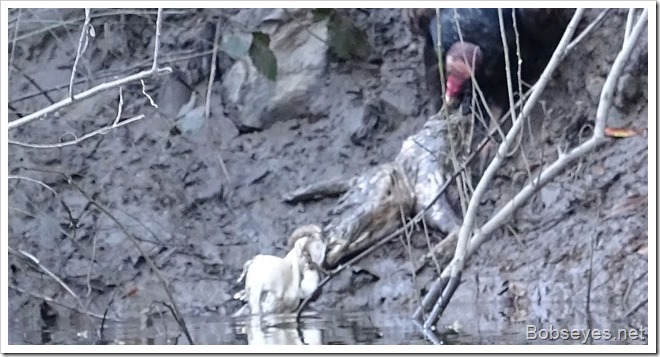 I continued on going by this heron fishing. 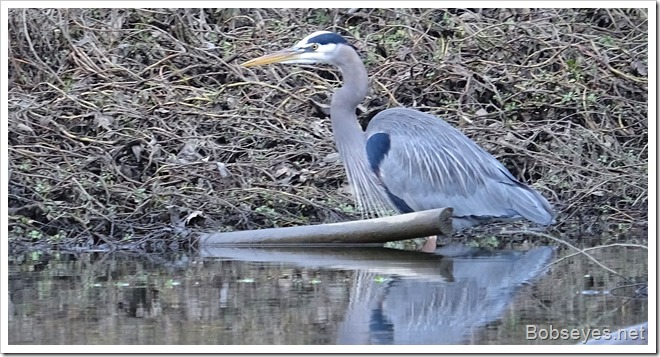 Most of the fishermen were still there fishing away. I stopped to give them a report and shot the bull a bit. 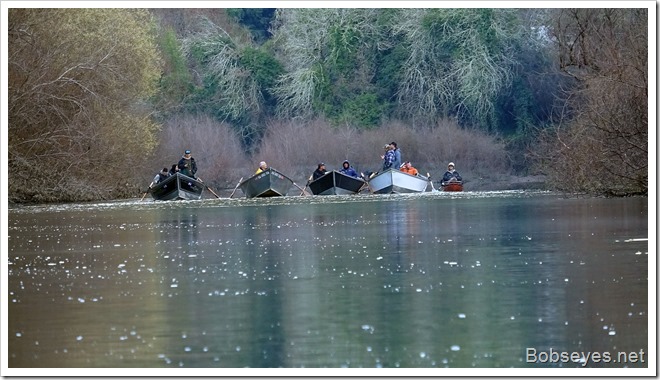 From there I paddled the short distance to the boat ramp, got  my car and put the boat on top and drove on home for the day.

By now it was late in the day, so I went in the house and relaxed and that was it for me today.