Drifting Down River From Monte Rio to Jenner

We put in at Monte Rio 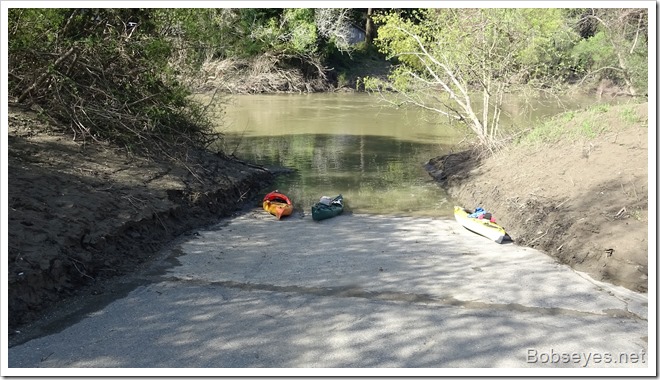 They were only gone about a half hour before they returned and we put our boats in the water and headed down river drifting in the current. The river water was still muddy from the recent rains. 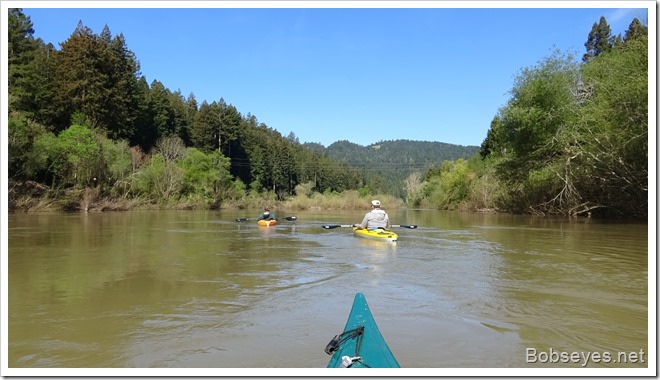 We paddled on by this great blue heron getting some sunshine. 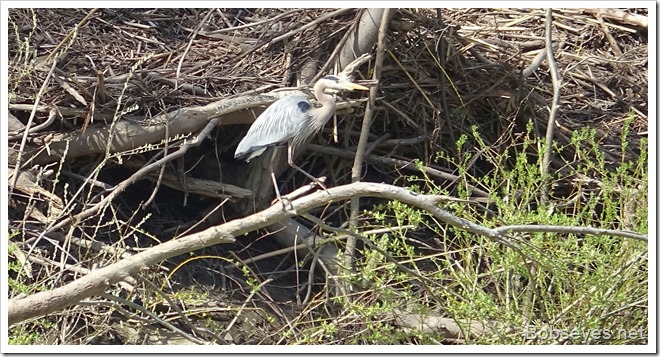 The osprey are coming back for the year and claiming their nests. This one was at a nest at Rein’s beach. 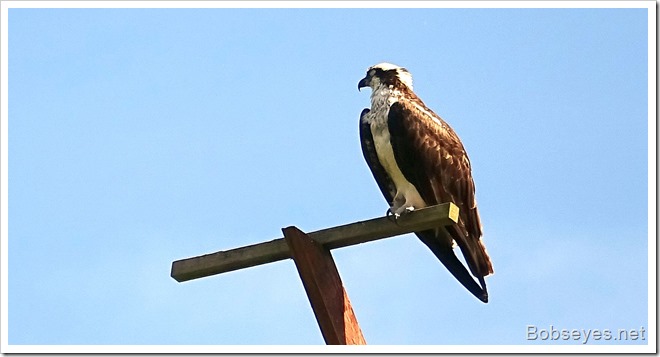 It’s mate was sitting in  a tree close by. 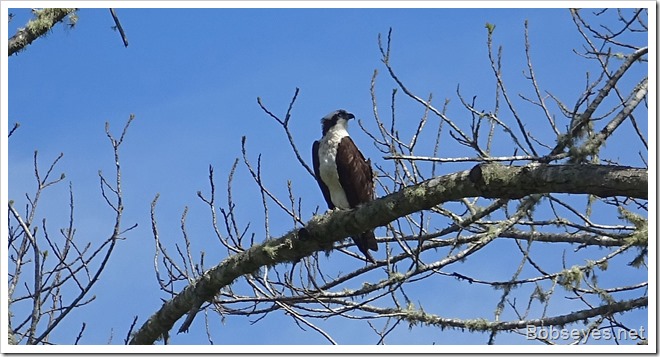 We saw a few turtles sunning themselves down by Casini’s Ranch. Here’s one of them who slid into the water as we passed. 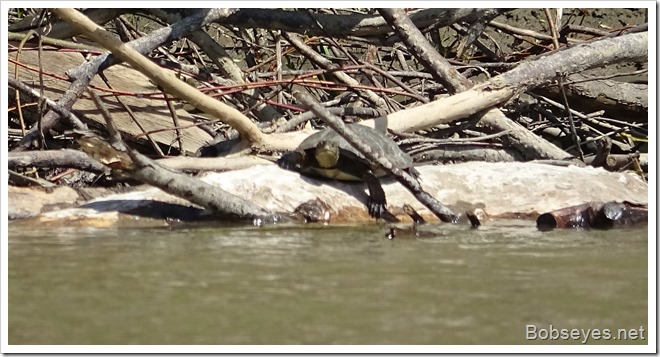 When we got to Austin creek we paddled up to the bridge and took a break for a bit. 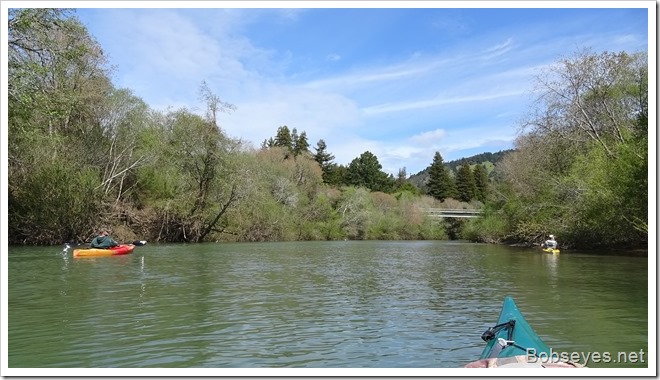 After the break we continued on down the river. I noticed this pipe in the water by the Duncan’s Mills fire house. It’s part of a fish tracking unit that looks like it’s had some trouble this winter. The pipe spans the bottom of the river going all the way across to track fish that have been tagged and is supposed to be all under water, so something went wrong during the winter floods. It may still work as there is just wires inside the pipes to track the fish. 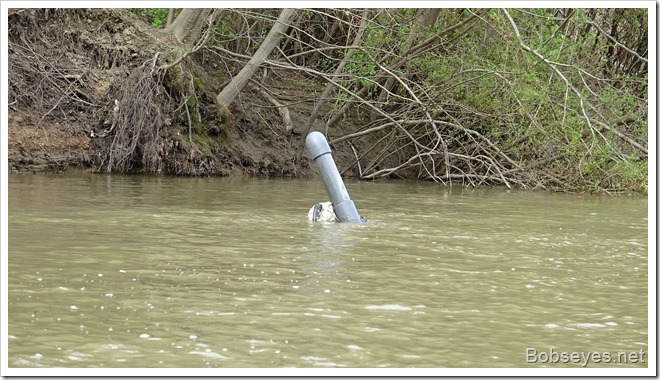 Across the river from there this great blue heron was fishing along the shoreline. 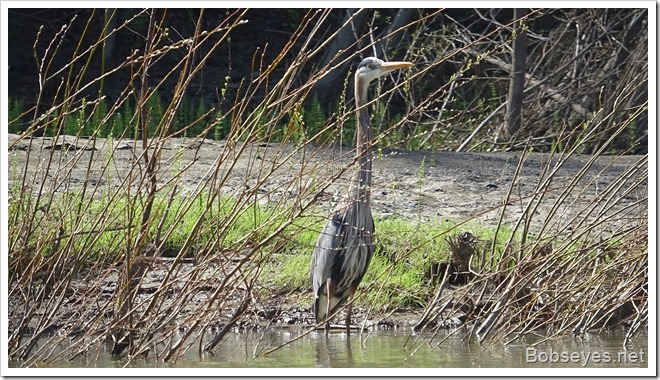 We continued on down the river going past these cormorants taking it easy. The river is mostly too muddy for them to do much good fishing right now. 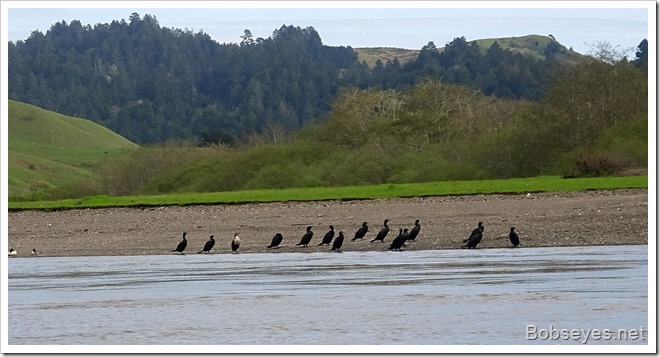 We stopped at the osprey nesting area where there is also a great blue heron rookery to have a look, but all the birds were sitting on nests in the tree so I didn’t get any good pictures of the nests as they were hidden in the big tree.

I’m following John down along here where we headed over to the right to pull out for a break. 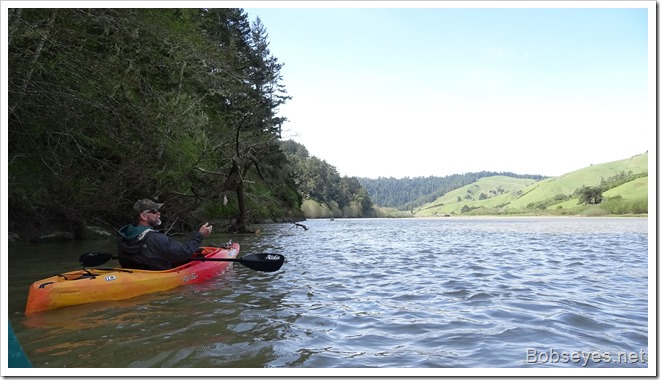 We took a lunch break here for a half hour or so, them moved on down the river. 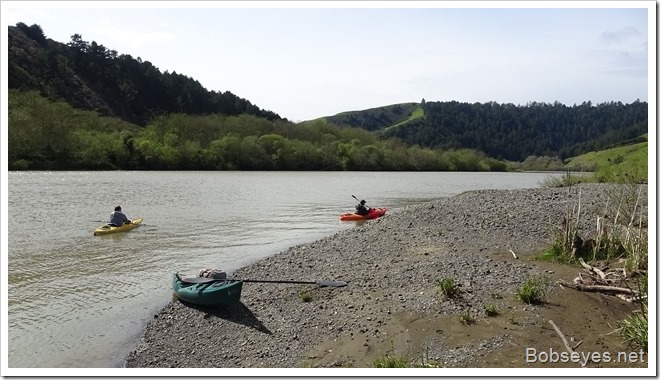 At Paddy’s rock we passed these cormorants resting in one of their favorite spots. Normally there’d be two or three hundred of them here at this time if the water wasn’t muddy and they could fish. 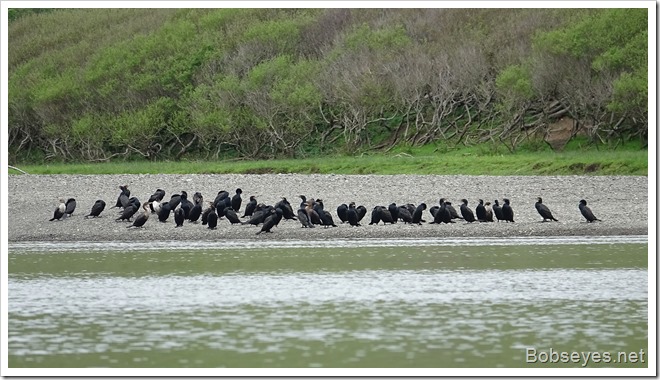 We pulled into Jenner around 5 PM at the boat ramp just up ahead. 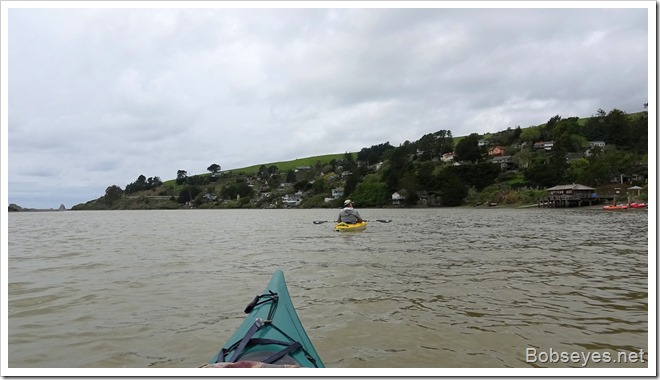 We loaded all the boats on Ray’s truck and he drove us back to Monte Rio where John and I transferred our boats to our vehicles and we all went on home for the day.

It was rather cool out when I got home and I was tired out, so I went in for a nap and that pretty much shot the day for another good one.

(Visited 454 times, 1 visits today)
This entry was posted in Uncategorized and tagged Kayaking Monte Rio to Jenner. Bookmark the permalink.