Paddling on the Russian River

Looking at the weather report there was going to be a bit of wind on the river, so I decided to go to Monte Rio to yak as there’s less wind there than at Jenner.

I pulled into the boat ramp just below the bridge and got the boat in the water and parked the car.

I got in the boat and headed down river. I only planned to go down about a  mile or so so I took my time mostly drifting in the current. 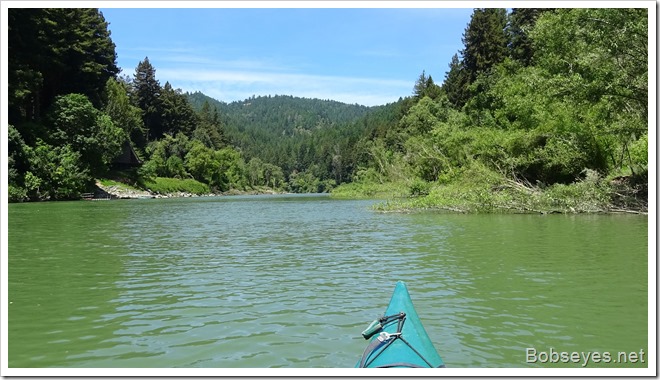 I saw something moving over to the right. When I investigated it turned out to be this green night heron about the size of a small chicken. 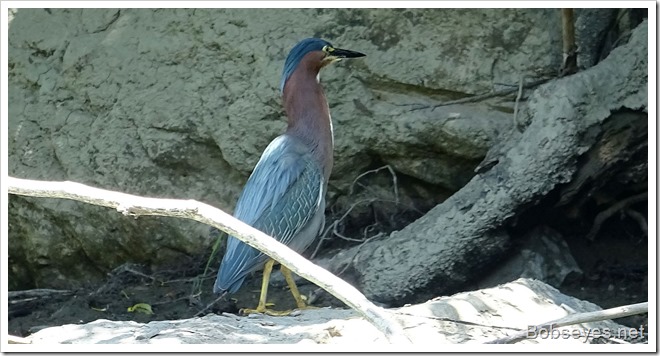 My destination was down by the rocks at the Villa Grande Hole just up ahead. 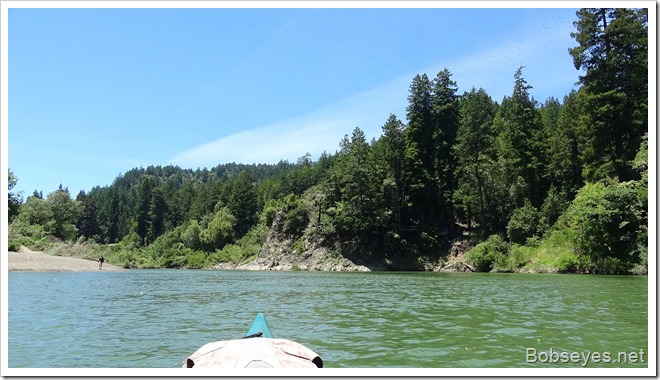 I could see something moving up in the osprey nest there on the right. 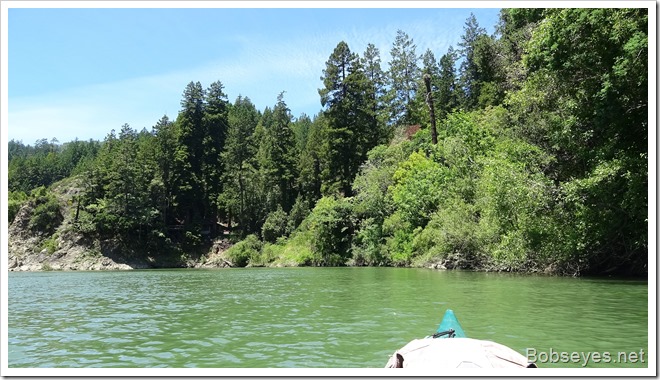 It looked like a parent taking care of some little ones. 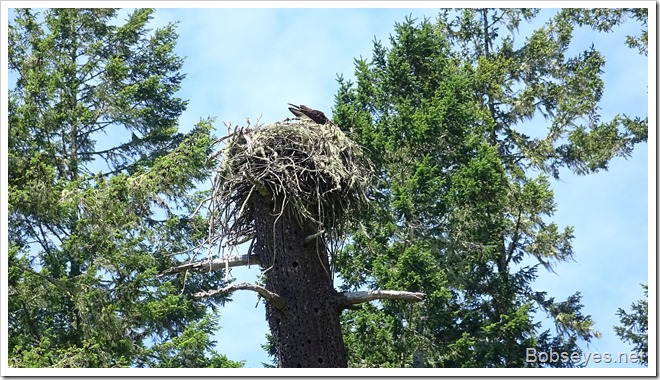 I paddled just a little past the hole to this spot and stopped and sat for a good while enjoying the nice day on the river. 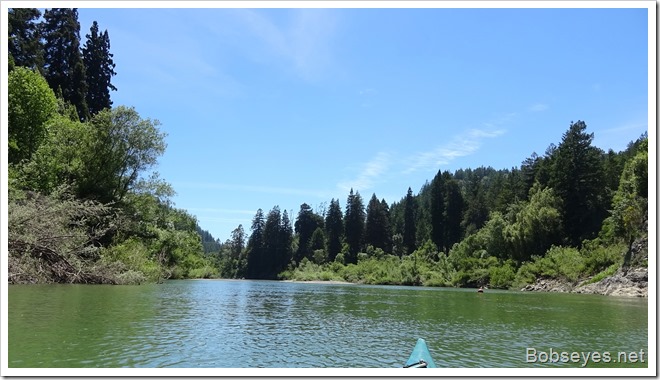 I just sat around moving from one spot to the next. 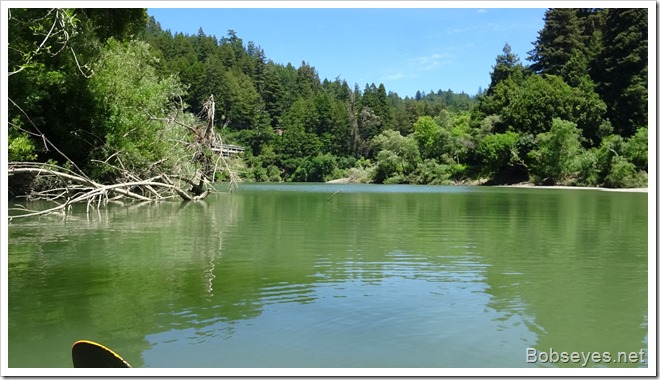 Eventually I started back up the river paddling against some light current. 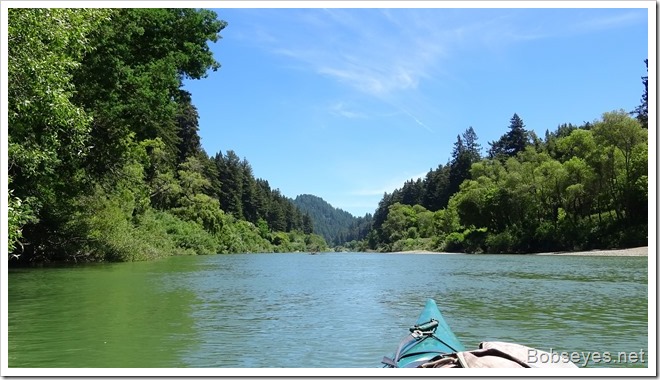 I stopped here and there along the way taking my time. 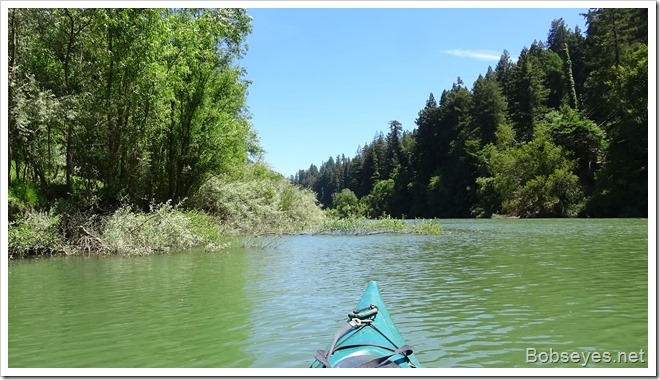 Monte Rio has the friendliest ducks

This pair of mallard ducks were feeding in the shallows as I paddled on by. I stopped to check them out. Monte Rio ducks are fairly friendly. 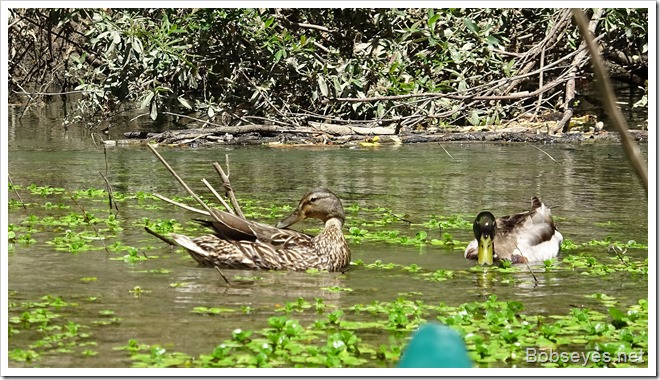 I passed by these guys putting in some steps for some one so they can get down to their dock. Looks like at least two of them are none swimmers. 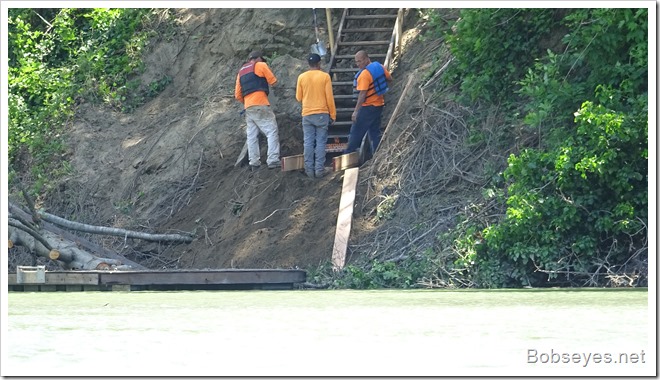 I’m almost back to Monte Rio and have decided to take the side channel off to the right here where the island is just below Monte Rio as the current might be a bit lighter and it was. 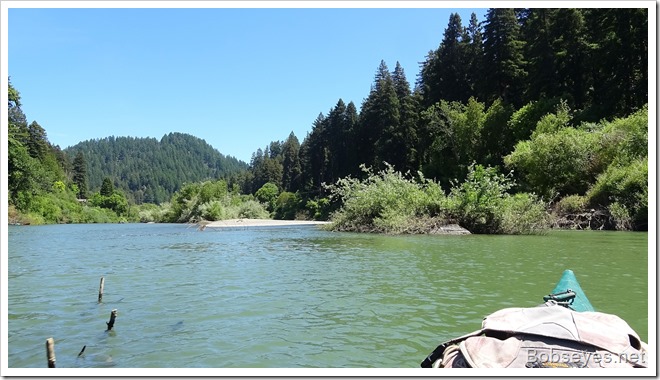 I made it up to here and had to wait a bit for the people to clear the boat ramp where I take my boat out. 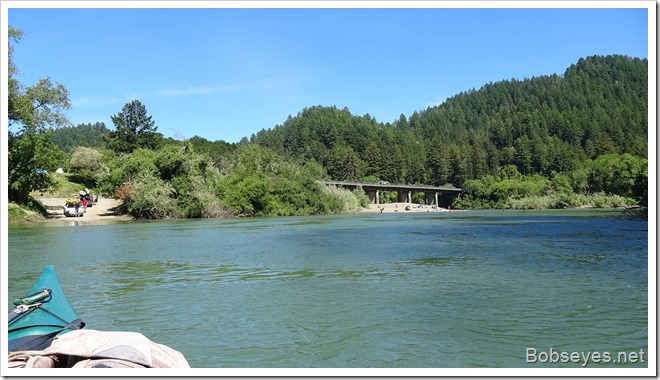 Once they left I took over the ramp and loaded my boat up and drove on home for a nap.

After I was rested up I went outside and mostly chair hopped and enjoyed the nice day.