Dozer Ride and Some Drone Practice and an Oops

It was past due to charge the dozer battery. I needed to take it on a ride and do a little work to charge it up. I rode my quad over to where it’s parked and tried the key and it started right up. I wasn’t sure it would as I thought I might have let the battery go too long before charging it up. 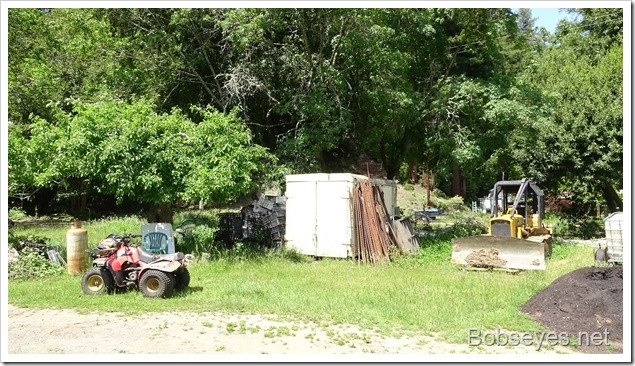 I decided to drive it around a loop road and clean it up a bit going up here. This loop road was a firebreak during the forest fire a couple years ago and got all torn up so it could use a bit of smoothing up. 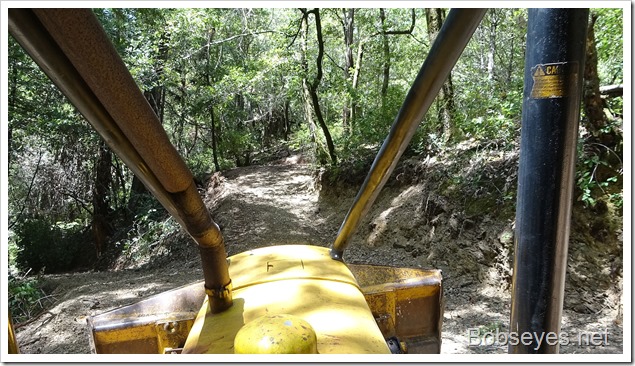 Most of it was in pretty good shape so there wasn’t much to do. I stopped here and got out and moved that little log off the road as using the dozer to do it would just mess up the road and then I’d have to smooth it out again. 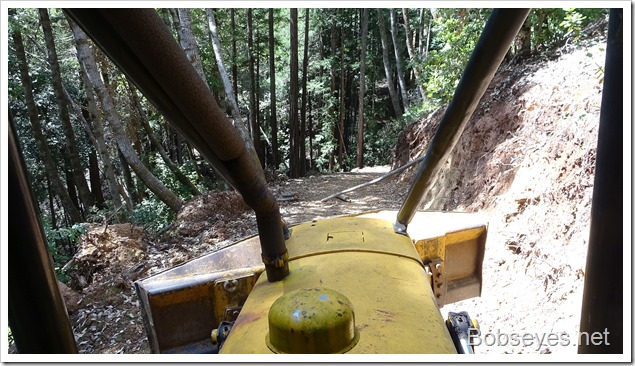 More of a joy ride

I drove on through here about half way around the loop. 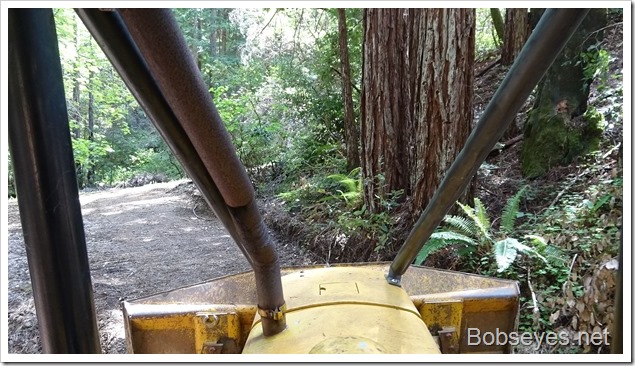 Just up ahead I saw some brush on the side of the road so I pushed it off into the woods a bit as I passed on by. 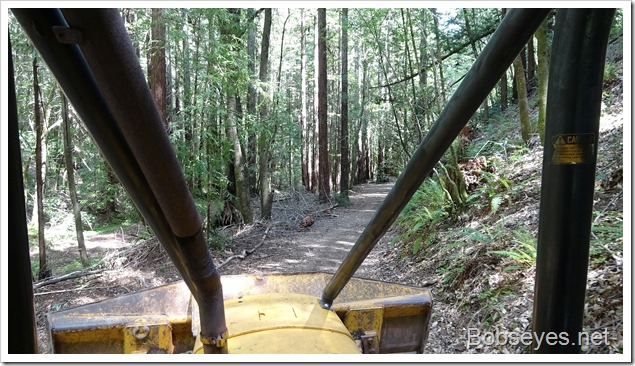 That wasn’t enough to charge the battery up all the way but my brother Tom wants to move some old logs from an old bridge so it’ll get some more work soon.

I parked the dozer and went on home for some chair hopping and a nap or two.

Drone practice and an oops 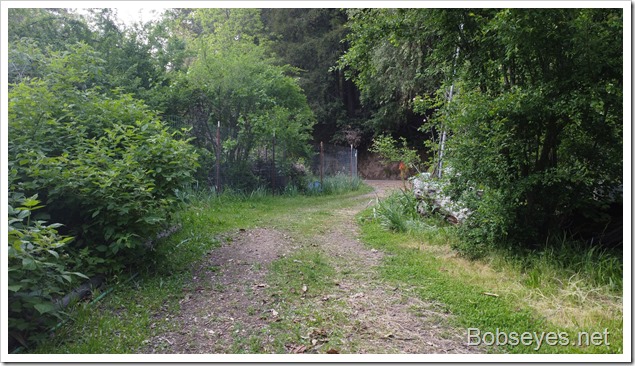 The next battery I flew the drone around the driveway again but then stopped here to take a photo of the chickens feeding in this garden plot. I took a photo from about three feet off the ground then decided to go higher which was my downfall or at least the drones.

I flew the drone straight up to this height and took this photo and all was well. 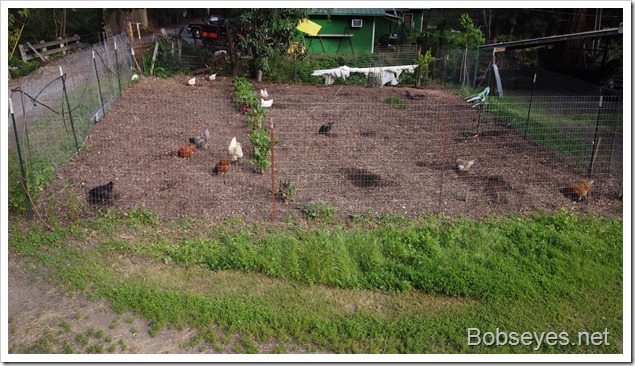 But then I decided to fly a bit higher not realizing this tree was overhanging and ran into it. 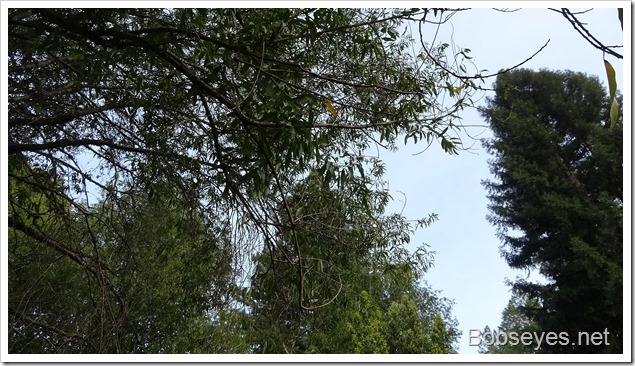 That was a big mistake and I had a big Oops. My drone hit the branches and crashed on the asphalt.

I was hoping for the best but that wasn’t to be. I broke an arm. They do sell bare parts for this. 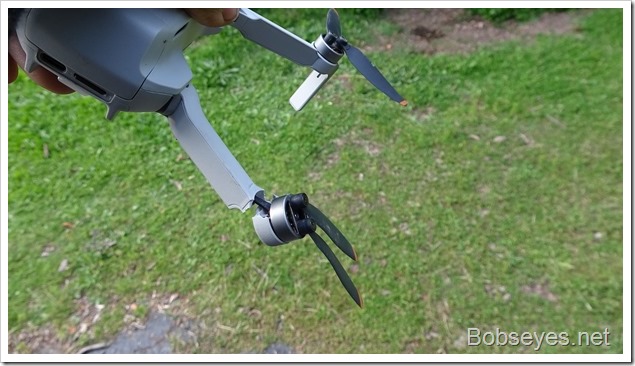 I think I’ll try mixing up some epoxy which should fix it. I’ll likely crash it some more doing this kind of practice. I did learn something from this mistake so it wasn’t all bad.

My drone only has a collision sensor on it’s bottom. More expensive drones have more sensors on the top and the sides to help avoid this kind of thing, but for now I’ll stick with what I have.