Gassed and ready to go

I put the gas I got yesterday into the Toyota and drove on up to the dozer in the hills. 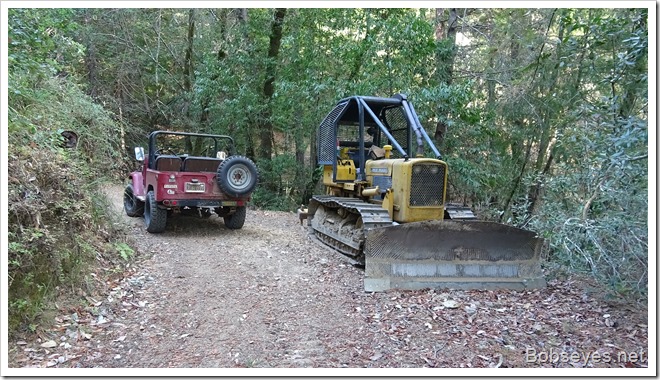 I put the hose on and tightened it up. I decided it would be best to test the hose connections before putting all the other stuff I had to take off to get to the hose back on. I turned the key and it barely turned over and it wasn’t going to start. I took the battery out to take it home to put on the charger.

Did do some more work

Well I couldn’t get the hose job done, but I could put the hydraulic oil I lost back in the tractor so I filled up the tank. I also tightened another hydraulic fitting on the blade that was leaking just a little.

And I greased the dozer and adjusted the tracks.

That was all I could do for now until I get the battery charged up.

Getting some redwood logs

I drove on down to where our water tanks are to get some redwood logs I need to repair a bridge bulkhead that got washed out last winter.

I cut down two small redwood trees and cut the branches off them. One of the trees is already cut up but here’s where I did it. 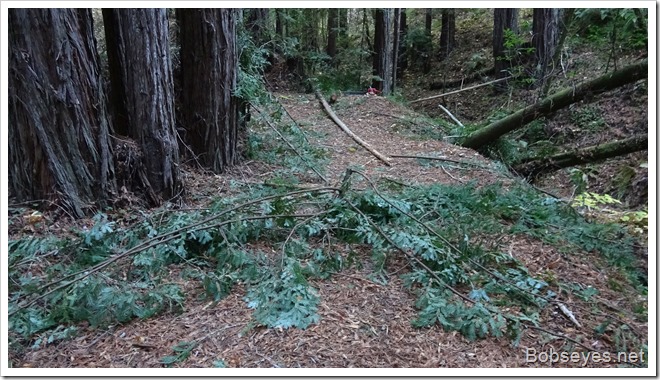 I needed to load the small logs I cut up. 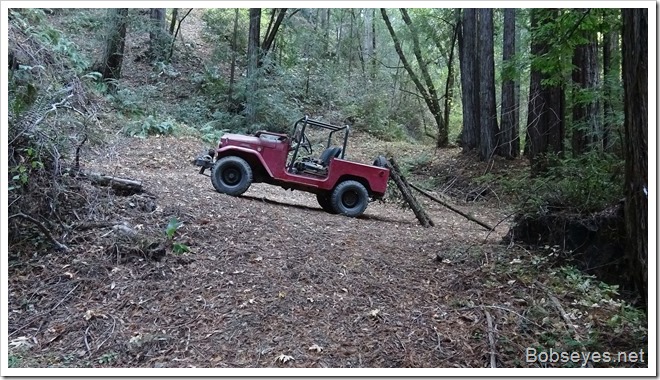 All loaded up and ready to haul back down to the house where the bridge is. 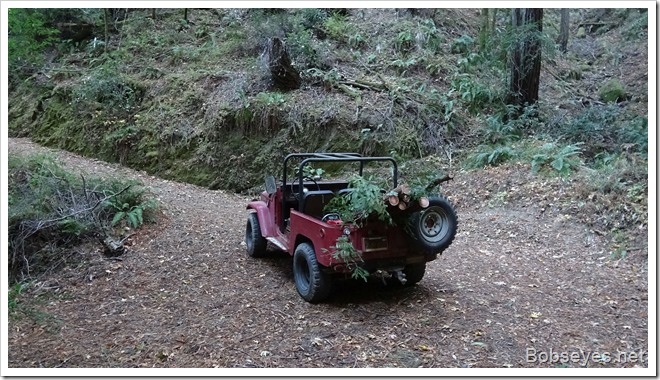 When I got home the first thing I did was put the dozer battery on the charger to charge it up.

I had some big spikes which I got out with a big hammer.

I have three of the logs spiked into the big redwood stump. 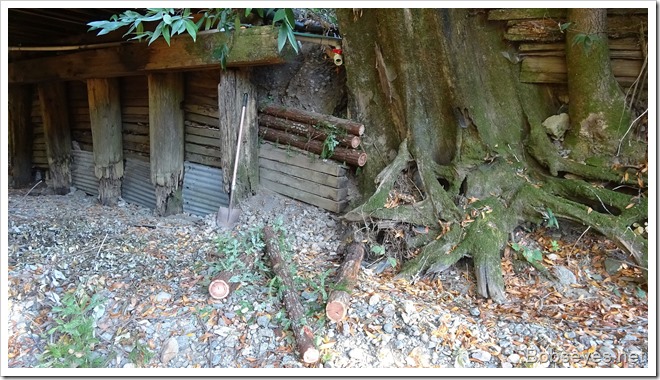 I think I could use a couple more logs but this will do for now. My brother will have to get some dirt to backfill this. 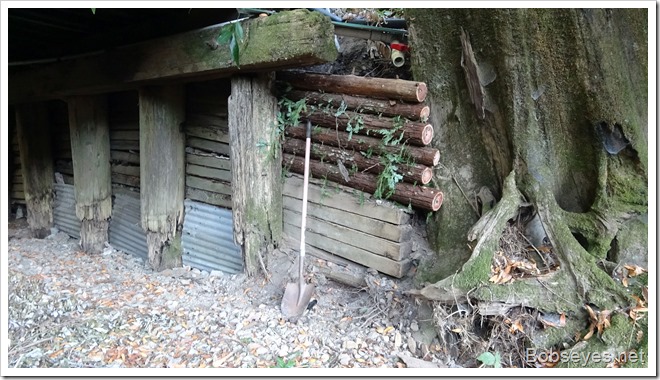 Hopefully that will outlast me. Let the winter and the rains come, I think I’m ready for them.

I was pretty beat after that so I had a bit of a nap and then did some chair hopping around the yard just enjoying the day.

When I was up at the water tank I noticed the water level was almost full so I put a sprinkler on in the yard to water the raspberry patch as it needed it.

That was it for another productive fall day. Nice day.