Still working on the chicken stuff

Yesterday I worked on the chicken run but was too warn out to post a blog last night.

Today I planned to get the last four ceiling panels wired up if I could.

But first I went to Guerneville to get some stuff to eat and then stopped to shot the bull with Ray and his wife on the way home. Ray had me take a look at his new truck he bought. It looked in real good shape and I couldn’t see anything that needed some attention. It looks almost new which is good as the truck is a 1990 with only 41,000 miles on it and was kept under cover all this time.

Laying the wire out

I started by laying the wire out in the four panels ready for clips on two sides. 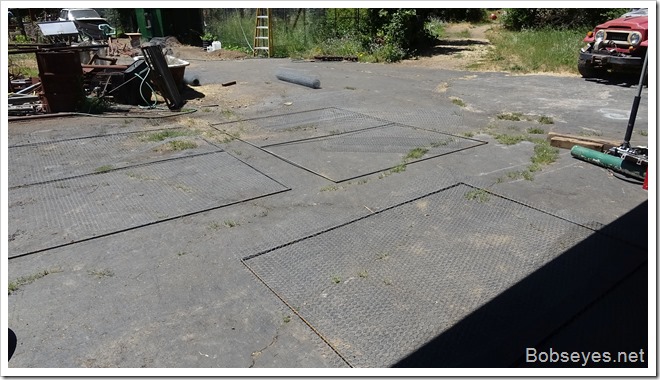 I used these hog or pig clips to fasten the two sides of the wire, but the cut ends I have to bend over, each little piece. You can see the clips and where I have one clipped on the rebar there if you look closely. 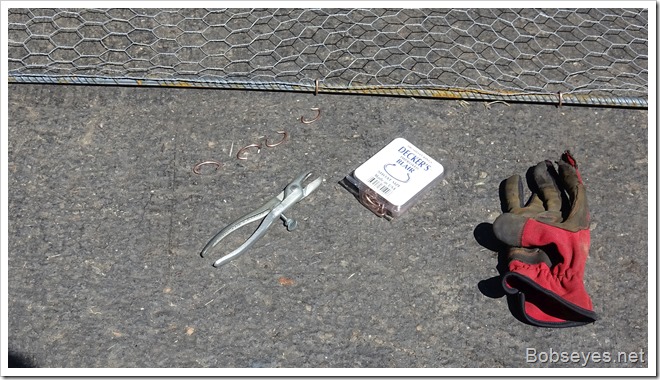 My brother Tom tells me that my chicken partner, his girl friend counted thirty yellow chicks in a picture of my chicks and said I had some of my bother’s chicks mixed in with mine, but which ones. I was 100 percent sure I only counted 31 the other day. Later I counted them and found her to be right, there were 15 of my brother’s chicks in with our chicks.

No one caught me on that.

So which ones are my peeps

So later in the day we went over to have a look at my brother’s chicks to see if we could tell them apart. His checks seem to  have white wings and my chicks have dark wings.
Here’s his chicks, more than a hundred of the little peeps. 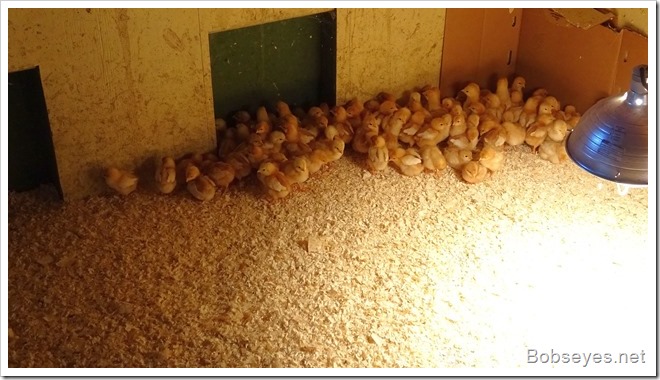 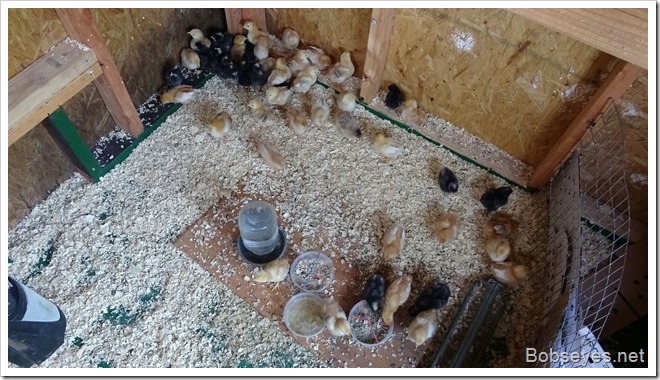 Working smarter gets the job done

As evening approached I hadn’t finished fastening the cut ends of the wire to the rebar yet and figured I’d be lucky to get a couple of them done before dark as they are hard on my back. I set up a couple chairs to get them higher and was able to sit in a chair to do them, so easier on the back and by persisting I was able to get all four of them done and hauled to where I will install them. I could of installed them but I was just happy to get the wire on all of them as these are the last panels for the chicken run which is what I’ve been looking for. 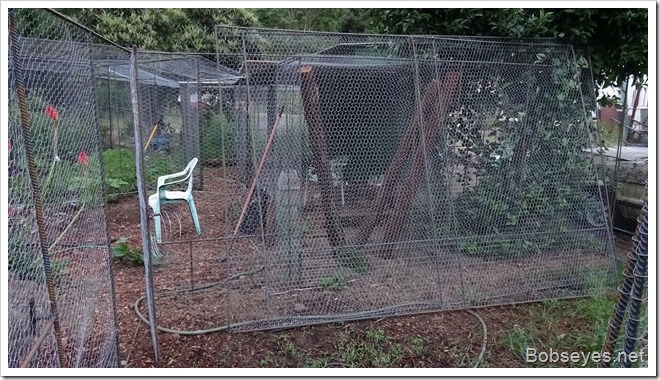 I checked on the chicks just after dark. I have a heater on in the left bottom corner so the peeps huddle up in this spot just away from the fan breeze. 46 not 31. 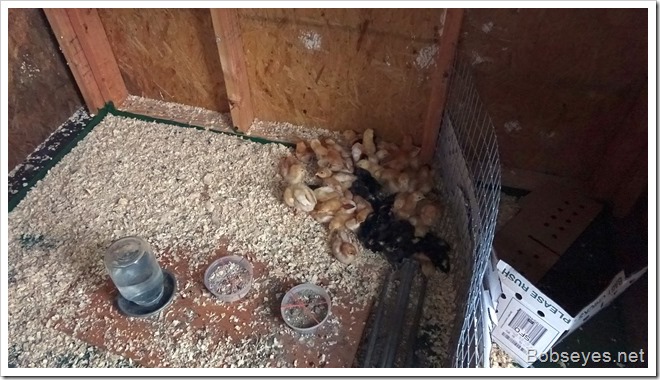 I still had a little more time before dark to do some chair hopping so I did. I’m thinking I need to get away for a trip soon so I’m doing some thinking on that.