I didn’t have anything planned for the day, although I was thinking of going kayaking but that never happened.

Instead I got my tape measure and a pencil and paper and hopped on the dirt bike to go see what I needed to do to move all my spring water line pipes into the ground instead of overhead crossing the roads in the hills.

The reason is during the recent forest fire these water lines made it real difficult for the fire fighting machinery to get up the roads and into the hills to fight the fires and make fire breaks to stop them.

After thinking that over and figuring I had to  make them higher I decided it would be easier to  make them shorter and put them in pipes that cross the roads in the ground.

So I rode up into the hills to look at each one and get some idea of what I needed to do to accomplish that task this winter.

Here’s the first crossing just above the water tanks. I can use the dozer to cut a ditch in the road to install an underground pipe. I measured how long a pipe I would need and wrote it down. 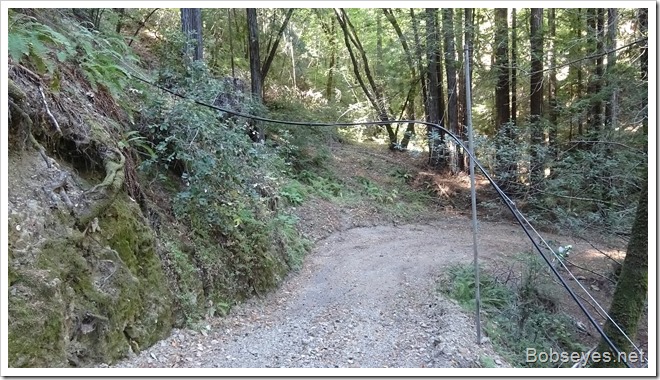 Then I rode up to this one and figured out how to do this one. 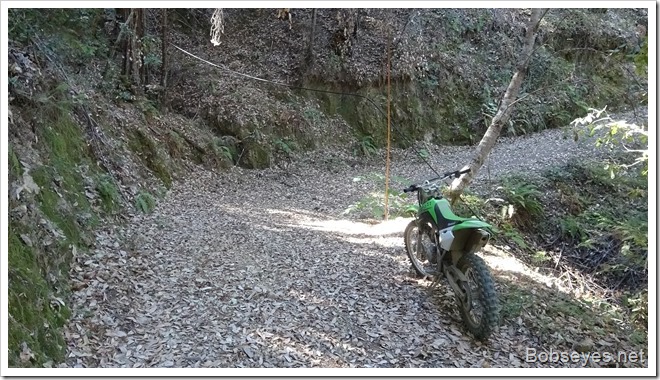 I checked a total of 5 crossings and wrote it all down. One of them I can just reroute the pipe to get around crossing the road so that one will be easy.

Need to do these too

I also looked at a couple of these minor crossings from the springs and decided they’d be better buried in a pipe in the ground too so wrote those down for the future too. 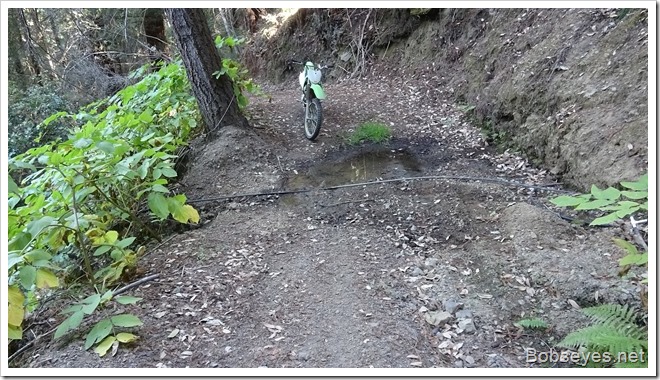 As long as I was up in the hills I rode around for a short dirt bike ride before heading back down the hill.

I stopped here to see  how Barry was doing unplugging a drain line in our rental. He just cleared the pipe plug up as I pulled in so all was ok there. 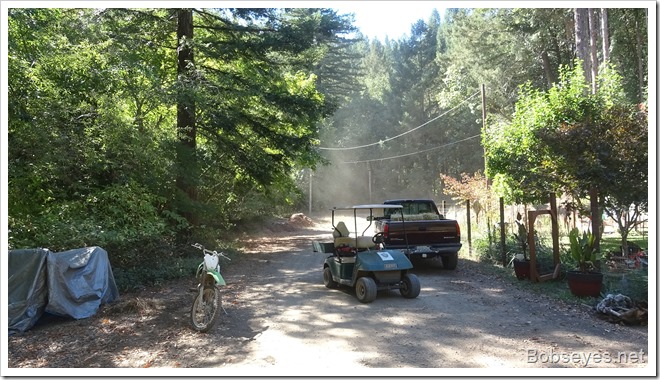 I didn’t have much energy today so I puttered around the yard chair hopping and did some napping too and mostly just took it easy with the chickens most of the day.

I’d noticed some raspberries where getting ripe this afternoon so I got a small bowl and picked the ones that were ripe and added some raw oats and sugar to bring out the flavor and just ate the last of them as I finish this blog. Yummy for sure. 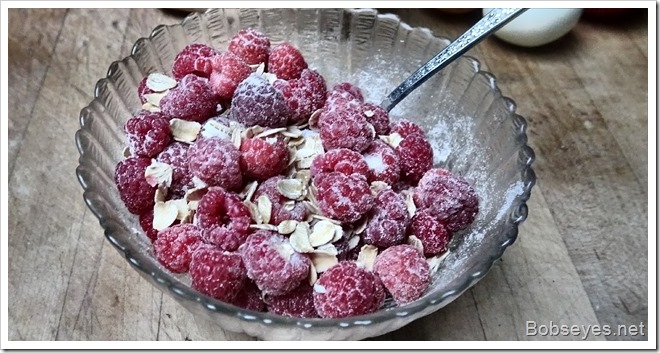 That was it for  me today for a lazy one.