Doing Some Repairs On the Old Chevy Van

Since I got a bunch of parts in the other day for the van I thought I better start getting them installed today.

Here’s the parts I need to install. Some gauges and a thermostat housing and thermostat, a brake light switch and a couple of led sealing lights. 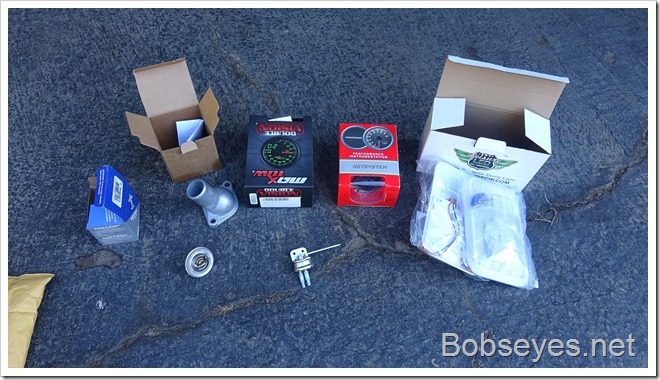 But first I needed to remove a bunch of stuff to get to the engine where I needed to start my work. The propane stove and next the engine cover and bottom where removed. 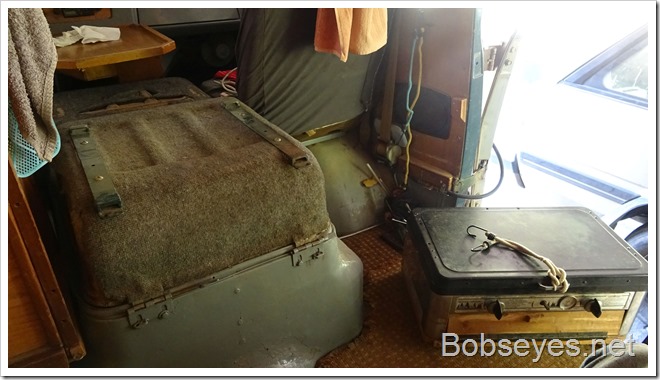 Now I can get to the engine to do some work. 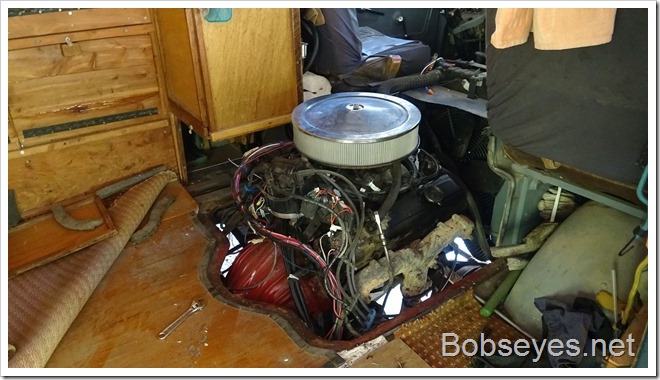 I had a new oil sender and gauge to install so I started with the sender unit. 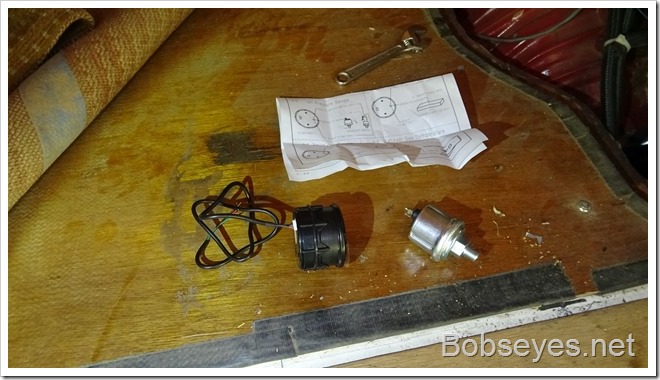 The oil sender unit is back here on the left of the distributor, fairly easy to get to. I put sealer on the threads and installed the new sender and hooked up the sender unit wire. 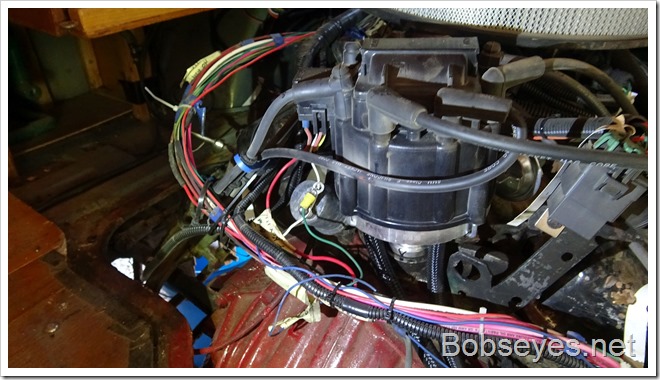 I left the gauge hook up for later and started the install of the water temperature sending unit for this temperature gauge. 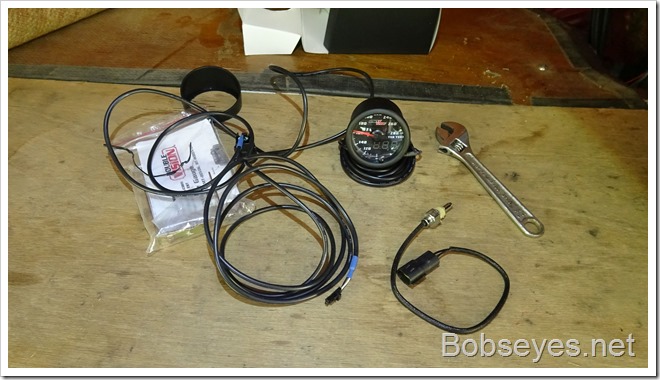 I got that sender wire hooked up then I had to remove the driver’s seat to get the new wires through the engine compartment and out to the gauges on the dash. That took a bit but I got it and ran the wires and put the seat back in.

I didn’t hook up the gauges yet as I want to get the stuff done on the engine so I can put the engine covers back on to keep the rodents out at night.

I’m pretty sure my thermostat housing has been leaking slightly as it’s wet around the base of it so I bought a new housing as I didn’t like the o-ring seal on the oil one that I think failed and caused it to leak.

I got the new parts installed and am now ready to hook up the radiator hose. 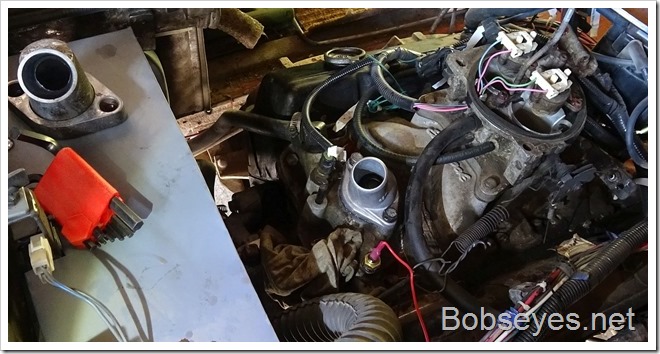 After that I put the engine covers back on and filled up the radiator with fluid.

Just before dark I painted my two new led sealing lights as I thought they’d look better brown then white. Of course I taped off the led’s and took off the lens before doing this. 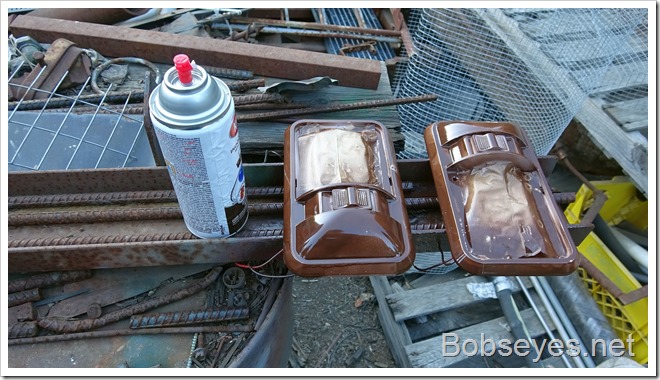 No go on the brake switch

And I didn’t have much luck with the new brake light switch as it had the wrong mount on it so I have to figure out what to do about that. Try and get the right one or make a new mount so this one will work. 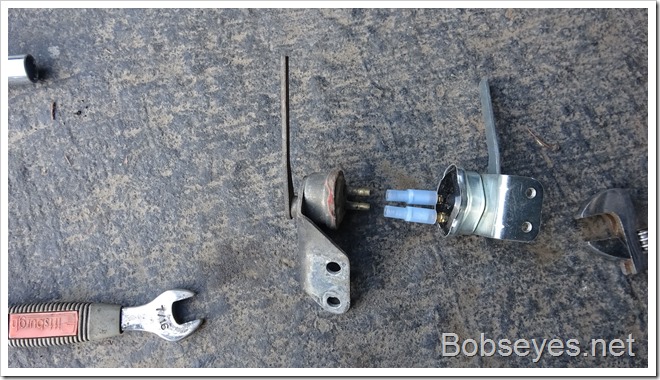 I closed up the van before dark and did some chair hopping watching the sun go down.