I fed the chickens this morning and then finished changing the oil in my quad runner. I thought I had a new oil filter for it but the one I had turned out to be too short and for another one of my quad runners so that didn’t get replaced and I’ll just use the old one again. 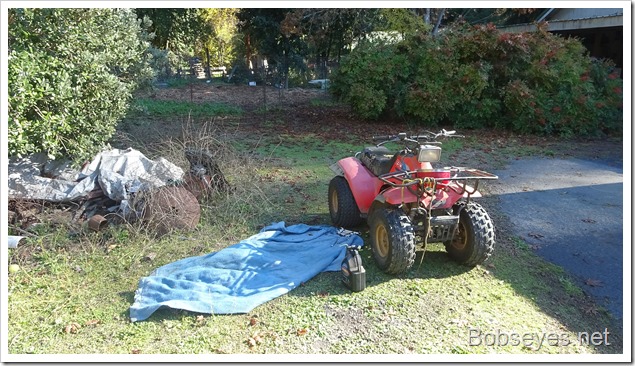 I decided to take a break from working on burying the spring water line as I’d worked on that for several days now and needed a break from that, just for a change.

Throwing rocks off the roads

Instead I decided to ride up to another old road and throw the rocks off the road, as it was a steep one and there were some rocks as big as six inches laying on the road. Rocks just slowly work their way down the hill, especially when it rains so throwing rocks off the road is a  never ending process and good exercise.

I rode on up this road and was surprised to find this tree across the road. At first I thought it just fell down but on inspection turned out to be one I fell with the chainsaw on the pipeline trail, which was just below this road. I stopped to remove some of it as all I had was some big loppers. 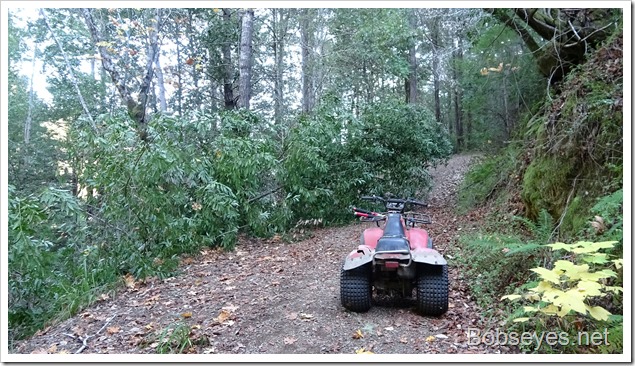 I cut enough for a truck to get by and threw it down off the side of the road. 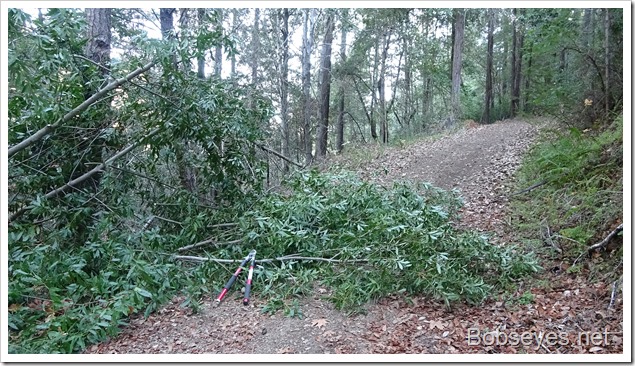 Work along the way

I continued on up the hill and stopped at this road to throw rocks and sticks off it. I was working my way up to the steep road near the top of the hills a bit further on. 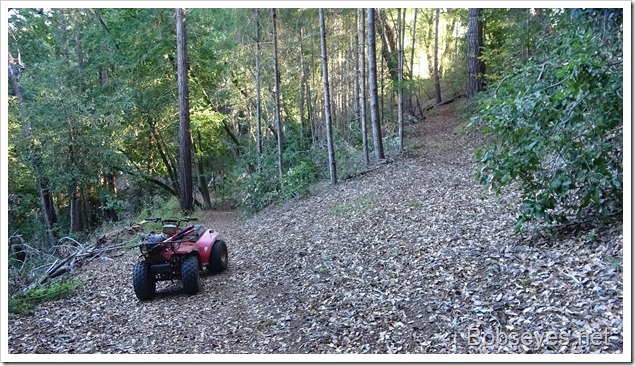 I stopped here to get this one off, but it was a bit on the heavy side and would be hard on the back, so I left it there for later as I would need my back for what I  had planned. 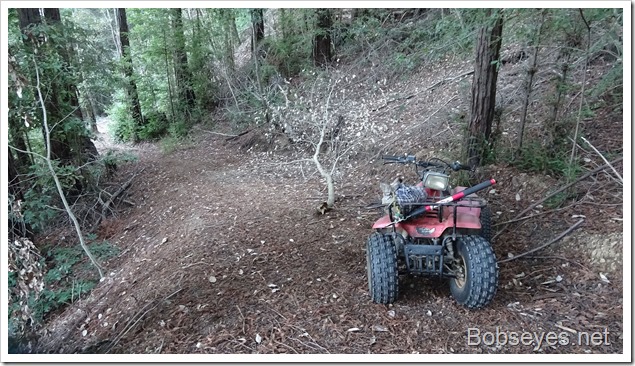 I stopped here to trim this brush and now have to throw that pile off the road. 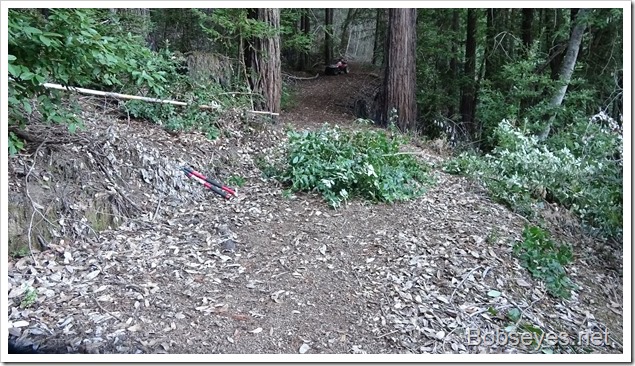 Getting up the hill

After that I decided I better make it on up to the hilltops to get what I had planned done or I would poop out and not get that done for all the other stuff I found to do on the way there.

Working on this one

I turned down this trail where I wanted to throw lots of rocks off the steep trail. 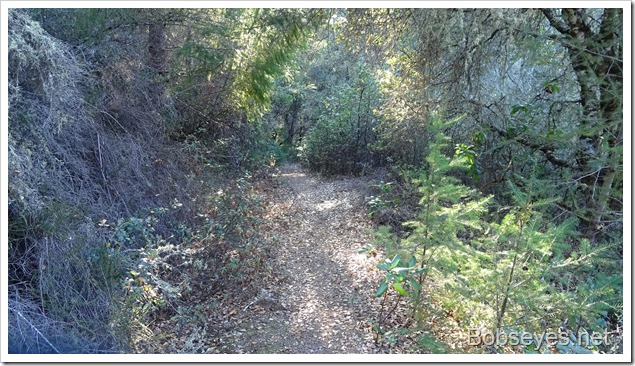 The trail could use some brush trimming but there was just too much of it to do right now and the rocks where more important to do right now as they can be hard on the dirt bike tires. I’m headed on down this road throwing small rocks off it as I go. 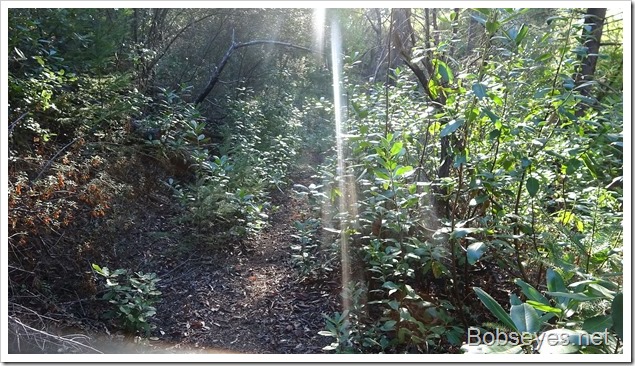 Most of this old road looked like this and I just had to stop and throw the small rocks off the road as I went. I brought the quad runner today as it’s easier to park on the steep parts of the road than the dirt bike is. 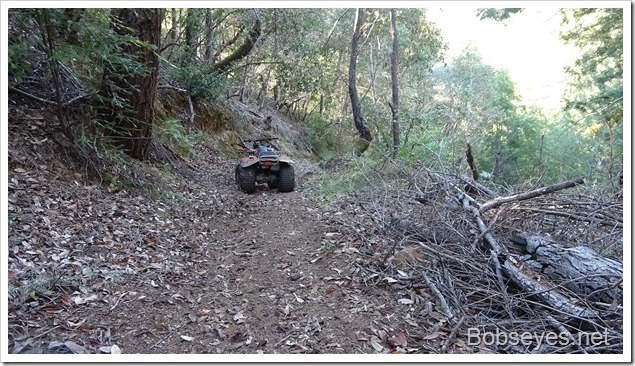 It took awhile and I got a lot of exercise. I finally made it down to Oil Can Flat, here, which also had a lot of small rocks on it. 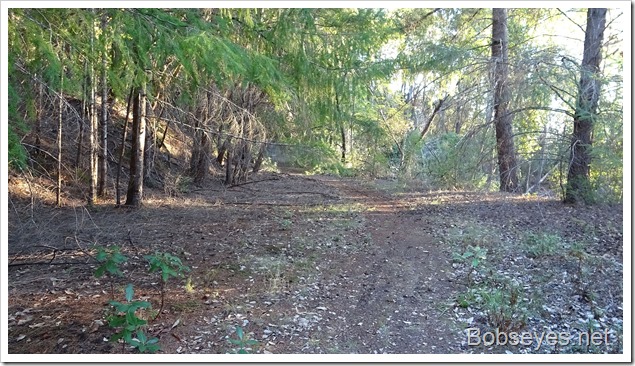 I turned around at the flat and stopped to clear a couple of paths through these small rocks before starting back. 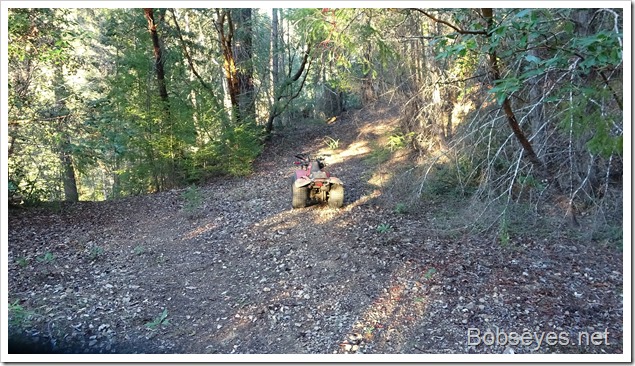 On the way back I stopped at this brush growing over the road. I was pretty beat but I figured I could do this one more task, so I got to cutting the brush. 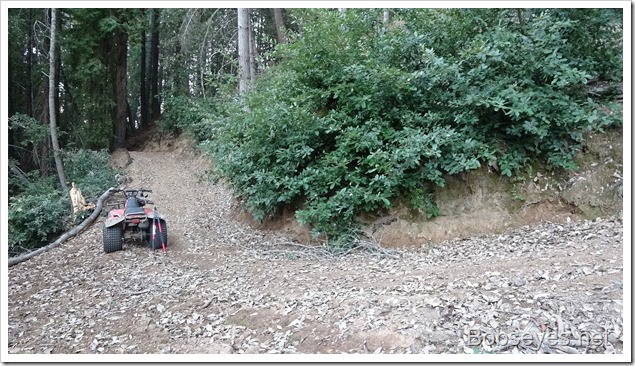 I got all the brush cut, now all I had to do was throw it off the road. I was getting real tired out and all my muscles were screaming but I kept at it. 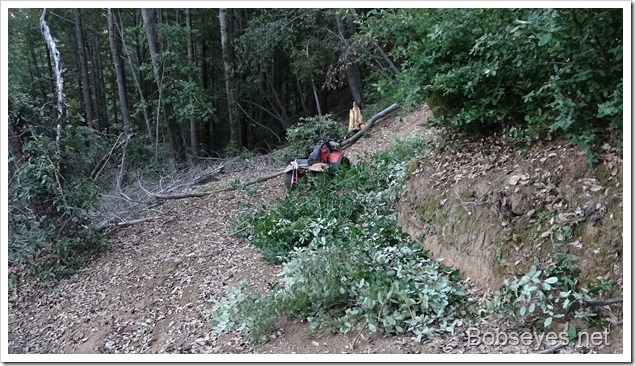 I got the road cleared off, just barely. Now I could barely get on the machine which is normal for me after working in the hills, most everyday. 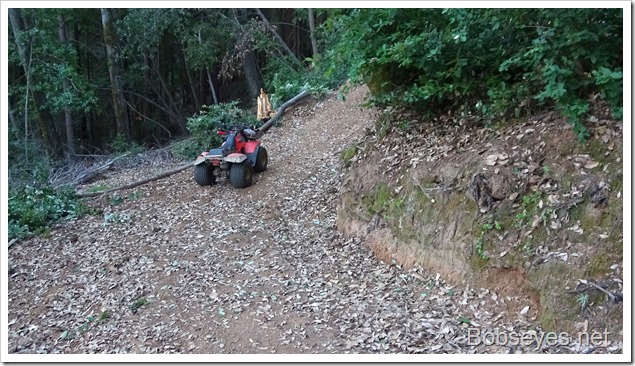 More than I needed

I could barely get off and back on the quad to get through the gate but I made it. A few hours of rest at home and all is good and I got a lot of exercise, maybe a little more than I needed. :O)

(Visited 33 times, 1 visits today)
This entry was posted in Uncategorized and tagged work in the forest. Bookmark the permalink.