Dog’s Weird Bark, a Paddle and the Rodent Trap Is Working Well

Headed for the river

I was slow in getting it going today. I was thinking I better get down to the river for a yak or I wouldn’t get out this week so I got my stuff together and headed down to Jenner a bit after 1.

Not really a bark

As I was putting my boat in the water I could hear a dog barking  on the other side of the visitor center. Well, not really barking but more of a bird type chirp. Load and piercing. I’d heard it before down here so today I decided to go check it out.

So I got the car parked and paddled on over to here where the dog was and were the kayak lady was sitting in her chair up on the bank, hard to see but her dog is in the water. 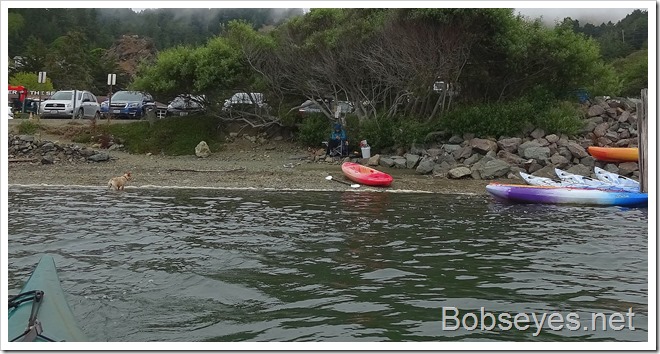 Tiffany said her dog was part dingo when I asked  her what she did with the dog’s bark. We had a nice chat and I headed across the river to figure out which way I wanted to go today, up or down river.

Once I got across the river to the island I decided to go on up the river as it was overcast a bit. Overcast at the ocean doesn’t mean it’s a bad day, just a cool one which is nice.

Paddling up along the side of Penny Island, headed up river. 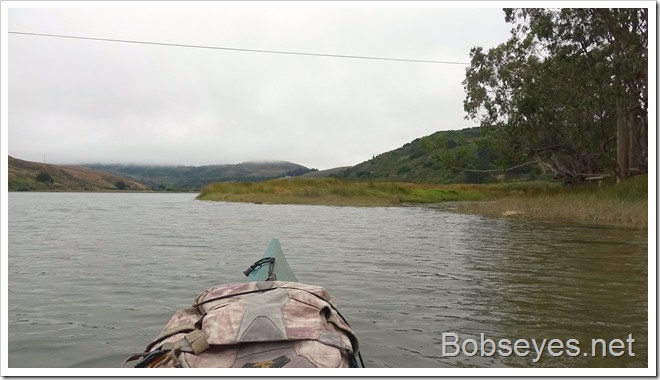 As I was paddling along some of my buddy birds landed close to me. I call them buddy birds as they are fairly friendly and usually land fairly close to me sometimes just under my paddle. 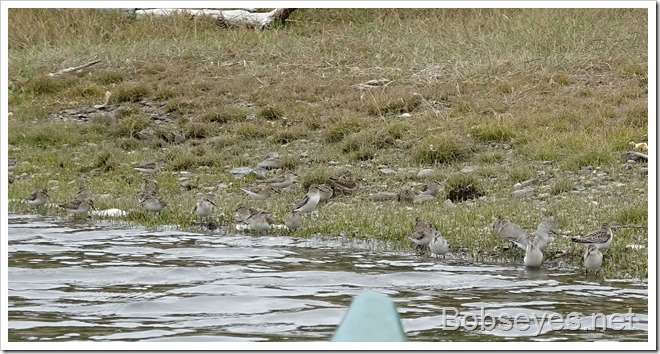 I continued on up river stopping here for a sit break before moving on. I do this a lot moving along the river, sitting that is. 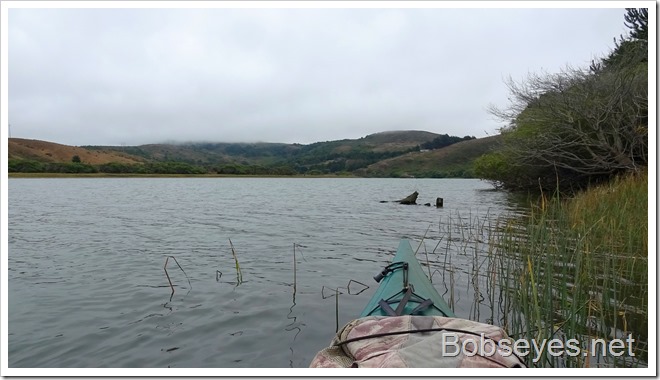 I stopped here for a bit before moving up along the shoreline paddling along. 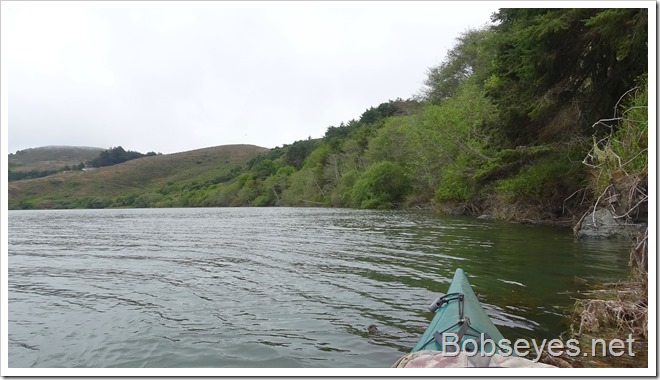 As I paddled by the lone merganser duck she got a bit nervous and  moved into the water squawking a bit. 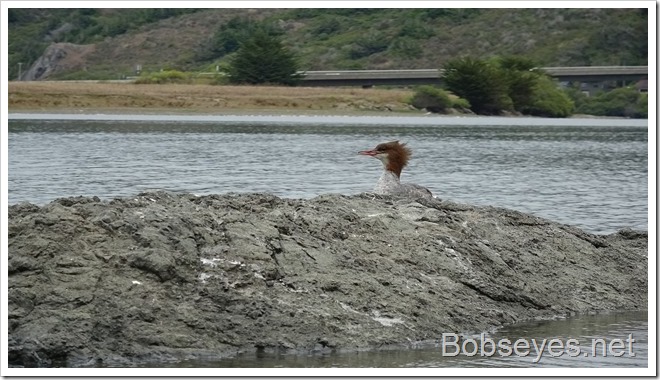 I made it up to what I call Muskrat and sat for a good bit before turning and crossing over the river to start my trip back. 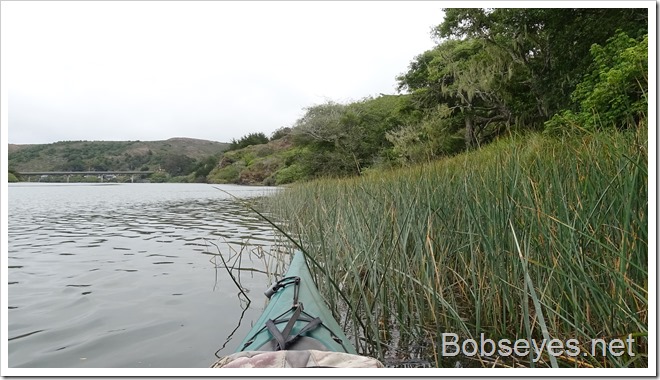 I decided to cross over the river to the other side to check for birds along the shoreline on the way back. 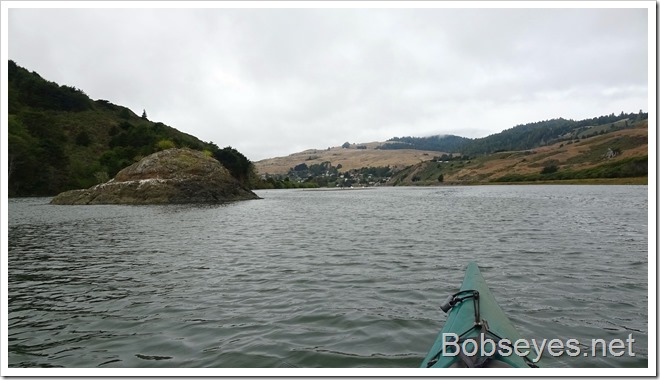 I passed by these merganser ducks and white pelicans sitting on the gravel resting. 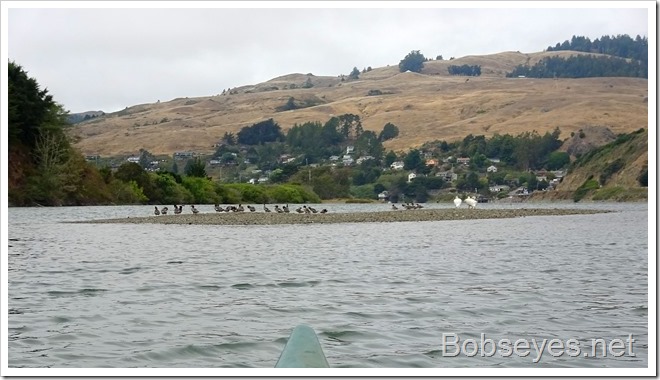 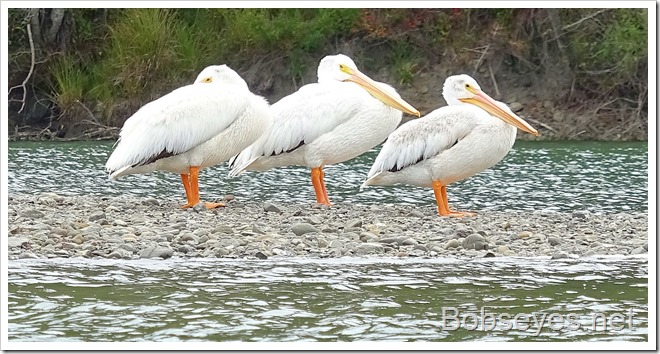 I stopped here for a bit by this foam that came in off the ocean at high tide. 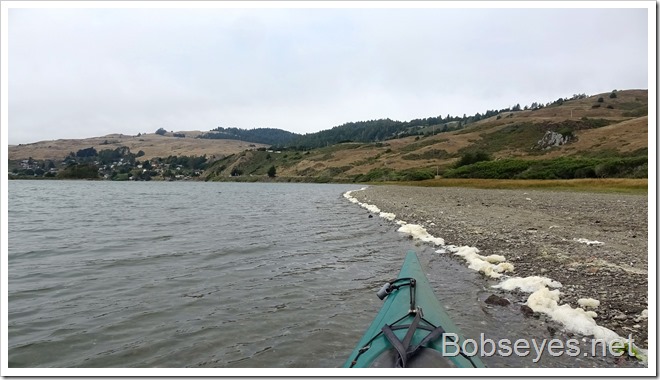 These merganser ducks got a bit excited as I passed by but didn’t fly off. 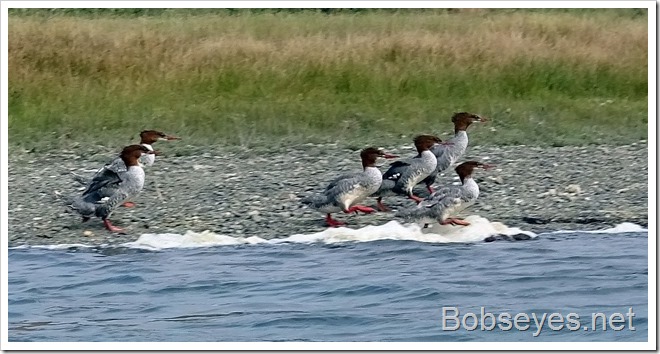 I was going to cross over to Penny Island and work my way back to the boat ramp but that’s what I usually do so instead I paddled down along this shoreline back to the Jenner boat ramp. 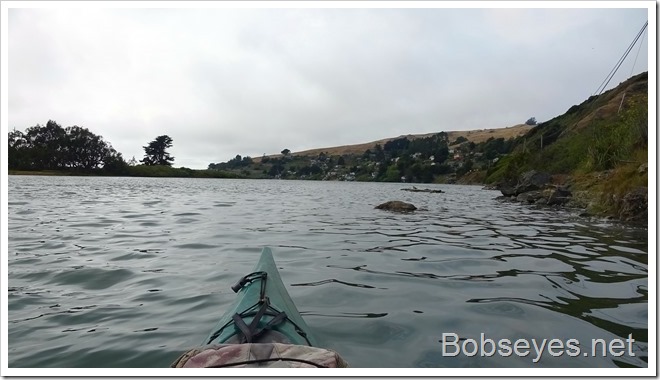 I looked down towards the ocean as I headed in to the boat ramp. 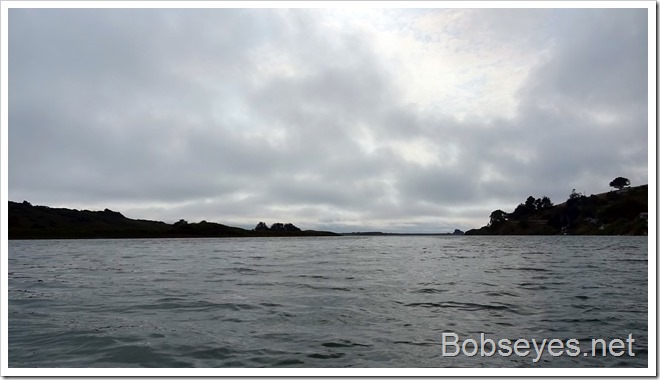 So I loaded up my stuff and headed for home for a short nap.

This morning I found a big mouse in my trap so I did the ceremony. In the evening I set the trap up again and was sitting outside near it when I heard it go off just after I shut the garage door on it. Another big old rat needed some attention.

I think my trap modifications are working out well.

After that I did some fertilizing and a bit of watering while chair  hopping around the yard.

Arrowhead Grandma has commented on getting or not getting her new refrigerator indicating we’ve moved into a time when things are all of a sudden different as far as supply and demand. There is more demand than there is supply, something we are not used to. I sure hope my freezer comes through in a reasonable time whatever that is? I’m hoping by the end of the month. It’s a good thing the old one didn’t just die but is just icing up too much.