Doc Appointment and a Visit With Joe and His Neighbor

I hadn’t had an annual in about three years so it was time to let them have at me.

To get in the door I had to sign off on a list of stuff and don a new face mask.

Inside I first talked with my new lady doctor on a speaker phone they had set up. We discussed my blood tests and she explained everything and was very open minded which most docs are not. We got along nicely on the phone then she came in and checked my heart vitals and stuff like that. We actually had a nice bull session talking about doctor type stuff and what I believe in and what I do not agree with modern medical stuff which is a lot. Interesting she didn’t’ agree with a lot of the modern stuff either.

So after it all, I was pronounced good to go, just keep doing what I’ve been doing. I’m pretty healthy except for this darn corn problem which in some ways has made me even healthier as it knocked out most of the not so good for you foods I was eating before the corn problem hit which has really limited my diet and also caused me to loose that extra weight I was packing around. So far fasting is the only thing I’ve found to help alleviate all the itching I get from consuming corn type products of which there are many disguised as something else.

Headed over to Joe’s place

I left there and headed for Joe’s place just a couple miles from the VA place.

I found Joe working on some projects in the yard.

We shot the bull for a bit when his neighbor John came by, if I remember his name right?

So we all three sat around with a cup of coffee Joe made and shot the bull.

Then Joe says come check out my pigs and see how they are doing so we headed out to his garden where the pig pen was.

Joe has quite the garden as we go by these headed for the vegetable garden and pigs. 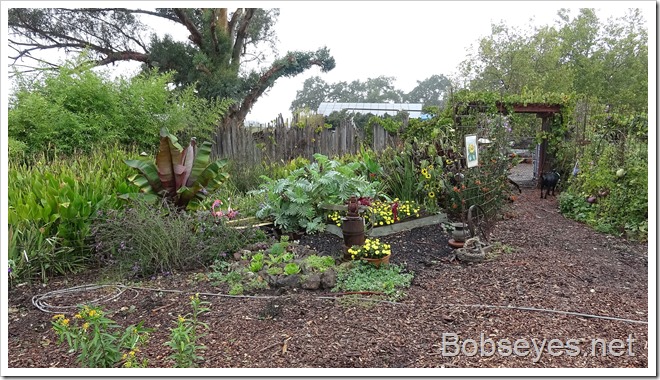 He certainly has a nice luxurious garden. 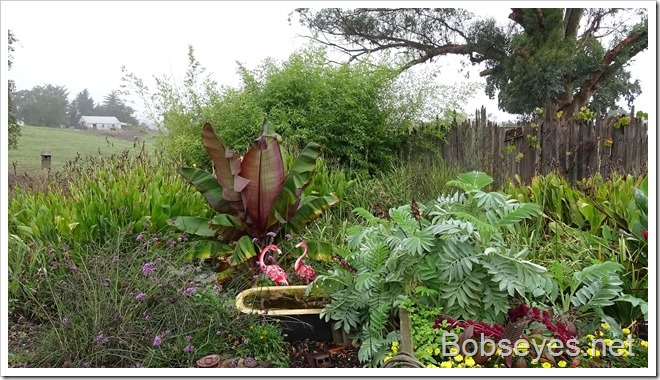 I was looking at this melon when I noticed his bra holder upper he uses for fruit support. 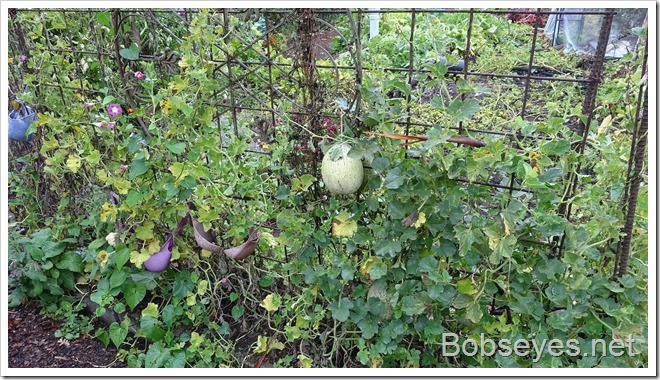 We are headed out to his chicken pen and pig pen with is dog. 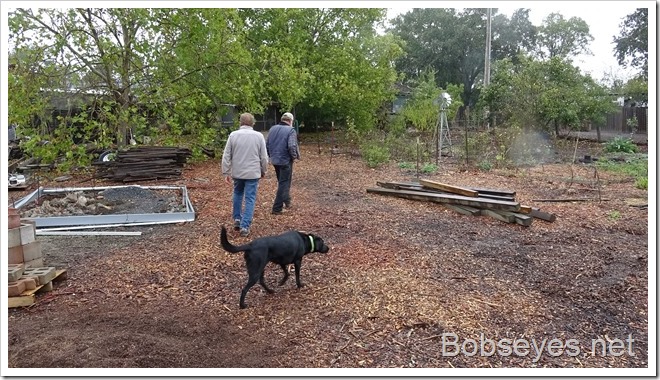 Here we are at the chicken pen as Joe gets some food for the pigs. 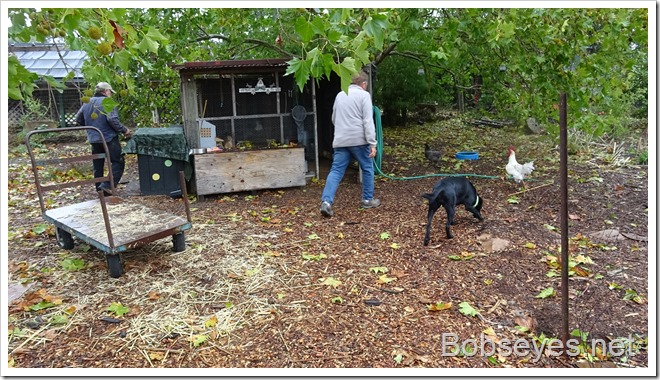 Here we are at the pig pen, as they see something over at the neighbor’s of interest that they are looking at. 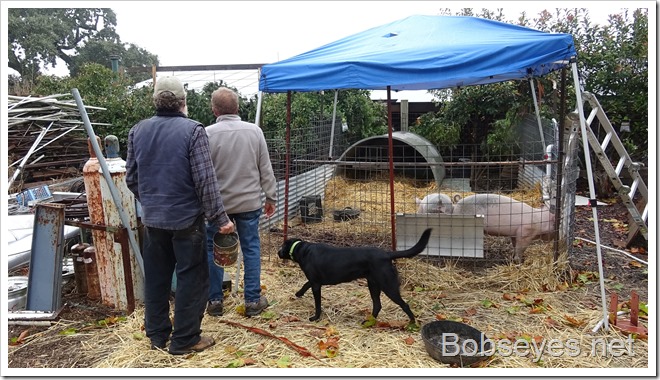 Here’s the two pigs Joe is raising up for food. 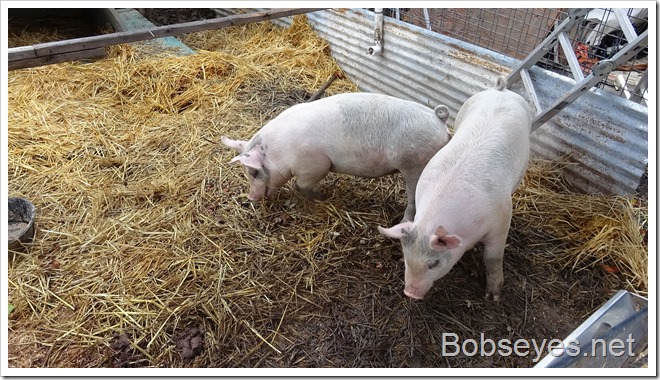 We did a bit more visiting then I headed for home where I found they had delivered some stuff I’d ordered on Amazon which I took in the house and unwrapped. The boxes contained mostly food items I’d ordered to try out, all corn-free I hope. 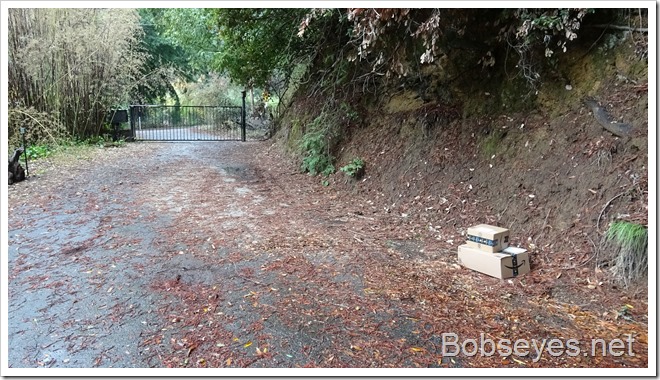 The day was almost over as I sat around the yard for a bit before going in for the night.

(Visited 159 times, 1 visits today)
This entry was posted in Uncategorized and tagged pigs. Bookmark the permalink.